McALESTER - The last of three men condemned to die for the brutal beating of a Tulsa convenience store clerk 18 years ago was executed Thursday.

Michael Lee Wilson, 38, was put to death for the slaying of Richard Yost, who was beaten to death at a QuikTrip store at 215 N. Garnett Road. The execution occurred at 6 p.m. at the Oklahoma State Penitentiary in McAlester, and Wilson was pronounced dead at 6:06 p.m.

"I love everybody. Free is free," Wilson said in his last statement. "I am going home; I'm ready to go. I love you, world."

Wilson asked a correctional officer if his microphone was still active and then continued his statement.

"Love my daughters for me. I'm going to miss you always."

After a brief silence, Wilson said: "I feel my whole body burning."

Wilson's mother and four other family members witnessed the execution, his sister singing a hymn as the execution occurred.

The execution was witnessed by Yost's widow, Angela Yost, and his two grown sons - who were 2 and 8 at the time of the killing - as well as his mother-in-law.

Yost's family issued a written statement after the execution:

"This is the third and last one. Closure will be not hearing this on the news and reading about it in the paper. That is my closure not to relive his death over and over but to remember the good times."

Wilson worked at the store with Yost, 30, and later told police that he and three other men had planned the crime weeks in advance. The men dragged Yost to the back of the store, handcuffed him and bound his ankles, evidence showed.

A security camera captured Wilson smiling and helping customers at the cash register while Yost was beaten to death with a baseball bat in the back of the store.

The men stole a safe from the store and the videotape from the security camera, both among items later recovered by police. Wilson, 19 at the time, was arrested later that day with his co-defendants.

Tulsa County District Attorney Tim Harris witnessed the execution along with Tulsa County Sheriff Stanley Glanz. Harris said the crime remains one of the most disturbing in his career as a prosecutor.

"He (Wilson) went out and waited on customers while Mr. Yost was being held there. They pre-planned this."

In a filing prepared for Wilson's clemency hearing, the state Attorney General's Office said evidence in Yost's death "shows beyond any doubt that Defendant (Wilson) masterminded the crime; the crime could not have been committed without Defendant due to his status as a store employee."

During the clemency hearing Dec. 16, Wilson apologized to Yost's family for the harm he had caused them.

"For that I'm truly sorry," he said during a teleconference from prison. "I was young, foolish. I'm a different person now."

The Oklahoma Pardon and Parole Board voted 4-1 to deny clemency for Wilson.

The fourth defendant, Richard Harjo, was 16 at the time of the murder. Now 35, he is serving a life prison sentence without the possibility of parole.

In a letter to the Pardon and Parole Board, QuikTrip Corp. Chairman and CEO Chester E. Cadieux III asked that clemency be denied. He said the company conducted counseling sessions for employees "who were all thinking, 'It could have been me.' "

"QuikTrip conducted counseling sessions with over 400 people to help them understand the wickedness behind this crime; consoling them and trying to convince them this would never happen again. This murder had a devastating effect on QuikTrip."

Cadieux disputed Wilson's claims of remorse for the crime, noting that Wilson and his co-defendants shopped at a mall after the crime.

"They each bought new tennis shoes with the cash stolen from the register. That's not what I call remorse. How sad that to Michael Lee Wilson, a life is only worth a new pair of Nikes."

The Oklahoma Coalition to Abolish the Death Penalty held a silent vigil to protest the execution outside the Governor's Mansion in Oklahoma City on Thursday evening.

"We are grieved that the state of Oklahoma is choosing to end this life and destroy another family as they prepare for the execution of Michael Lee Wilson," said Adam Leathers, co-chairman of the coalition, in a statement released before Wilson's execution.

"We also send our thoughts and prayers to the family of Richard Yost, as well as those who must carry out this execution." 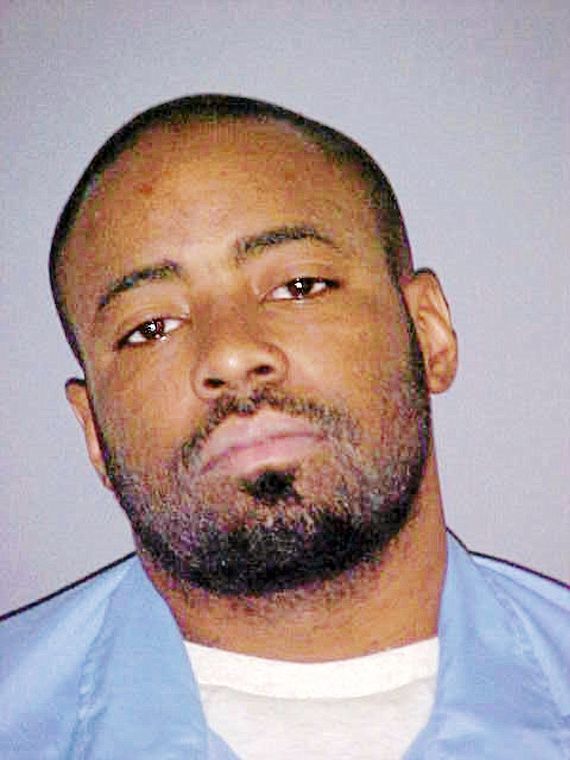 Michael Lee Wilson: At his clemency hearing, Wilson apologized to Richard Yost's family for the harm he caused them. 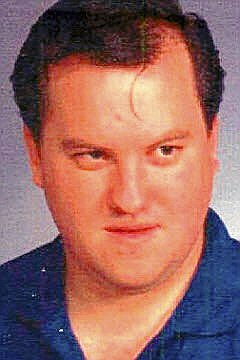 Richard Yost: He was dragged to the back of the store, where he was bound and beaten.