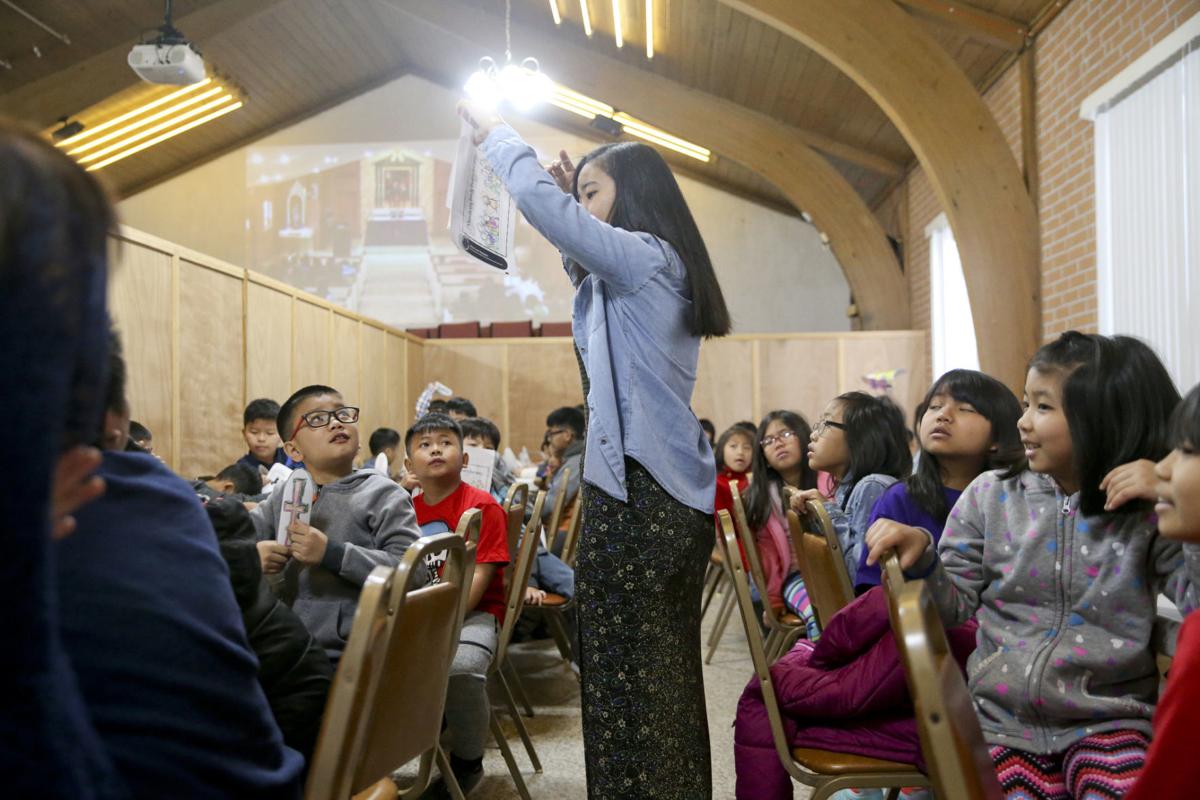 Theresa Hoih Nu leads a group of students through a Bible study during a church service at Immaculate Heart of Mary Catholic Parish. IAN MAULE/Tulsa World 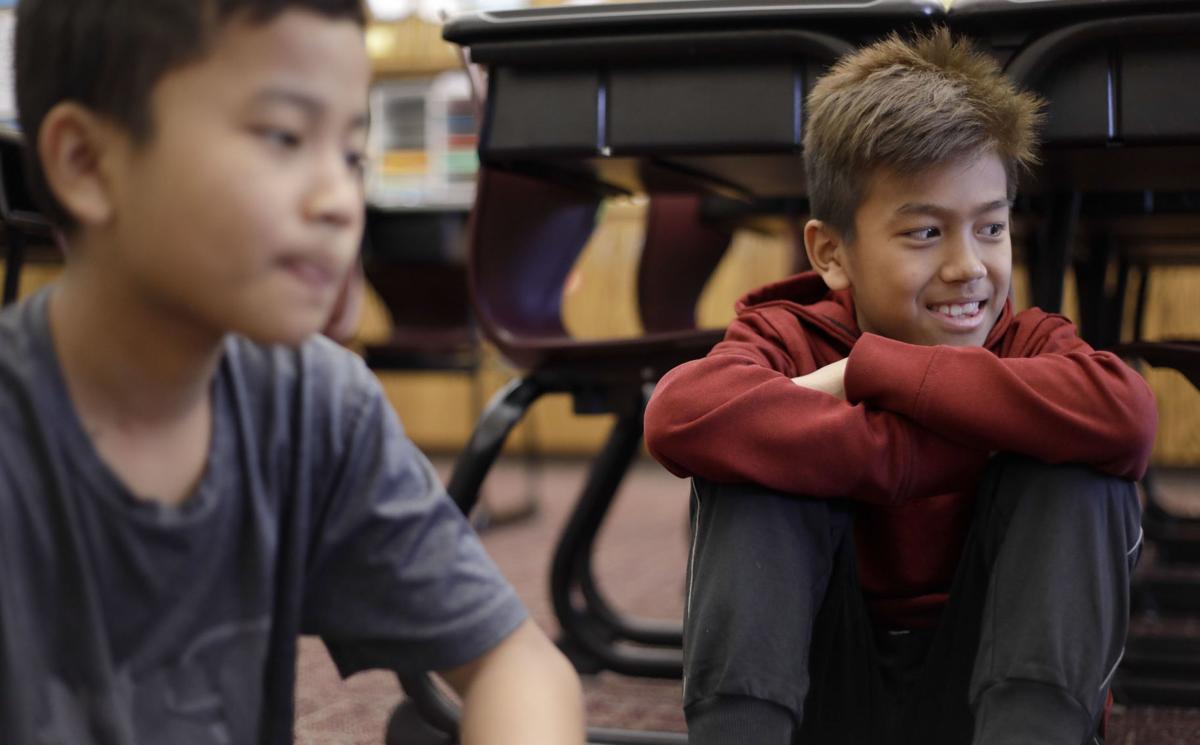 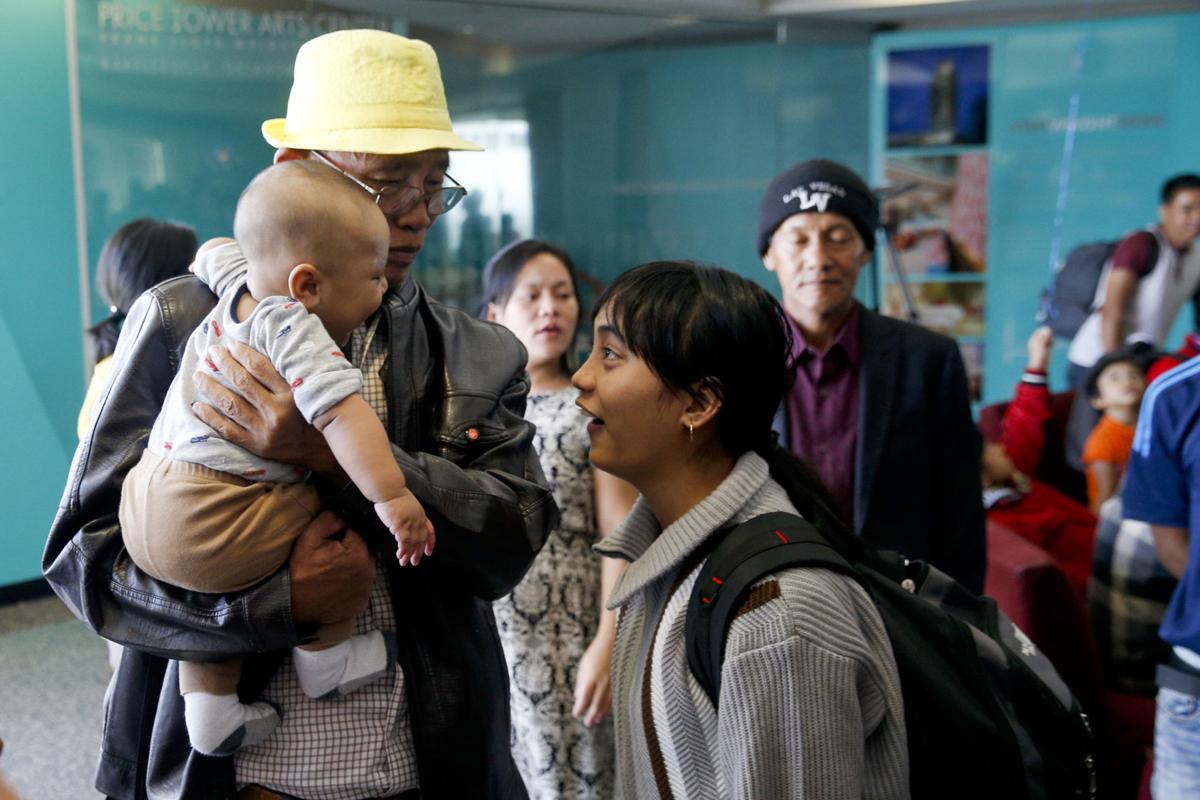 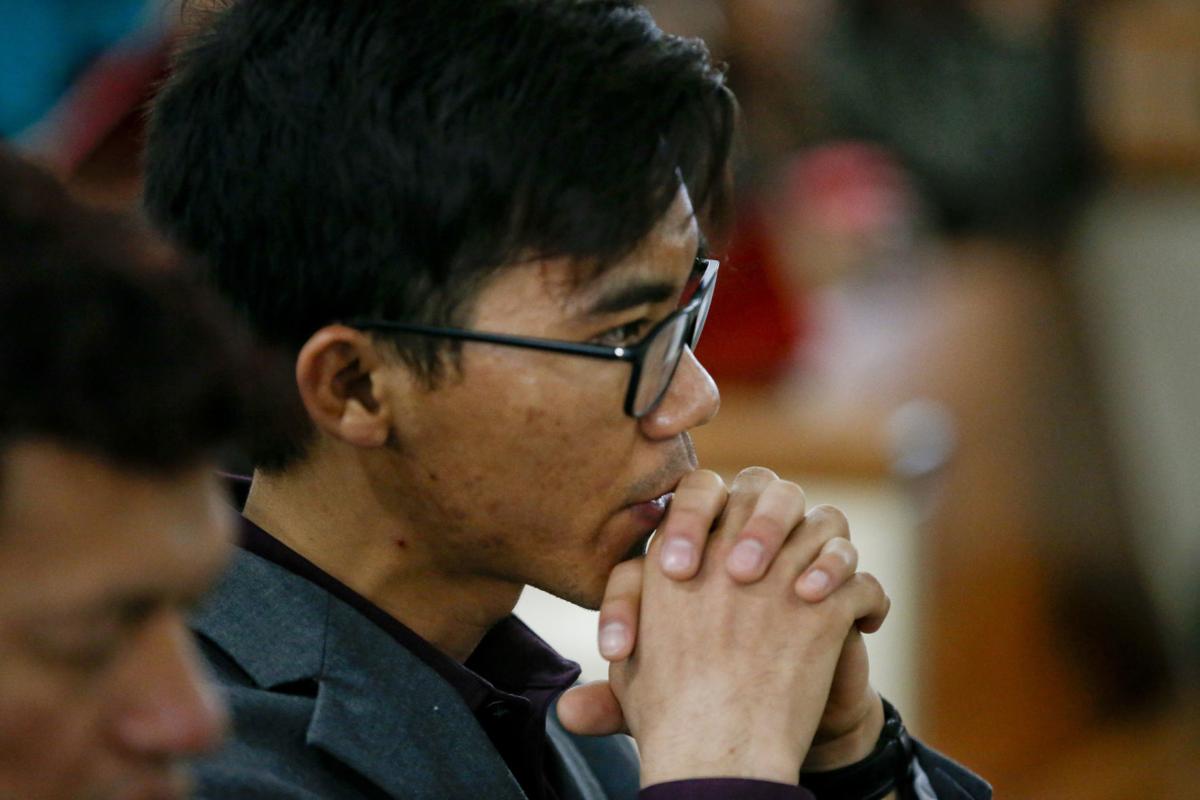 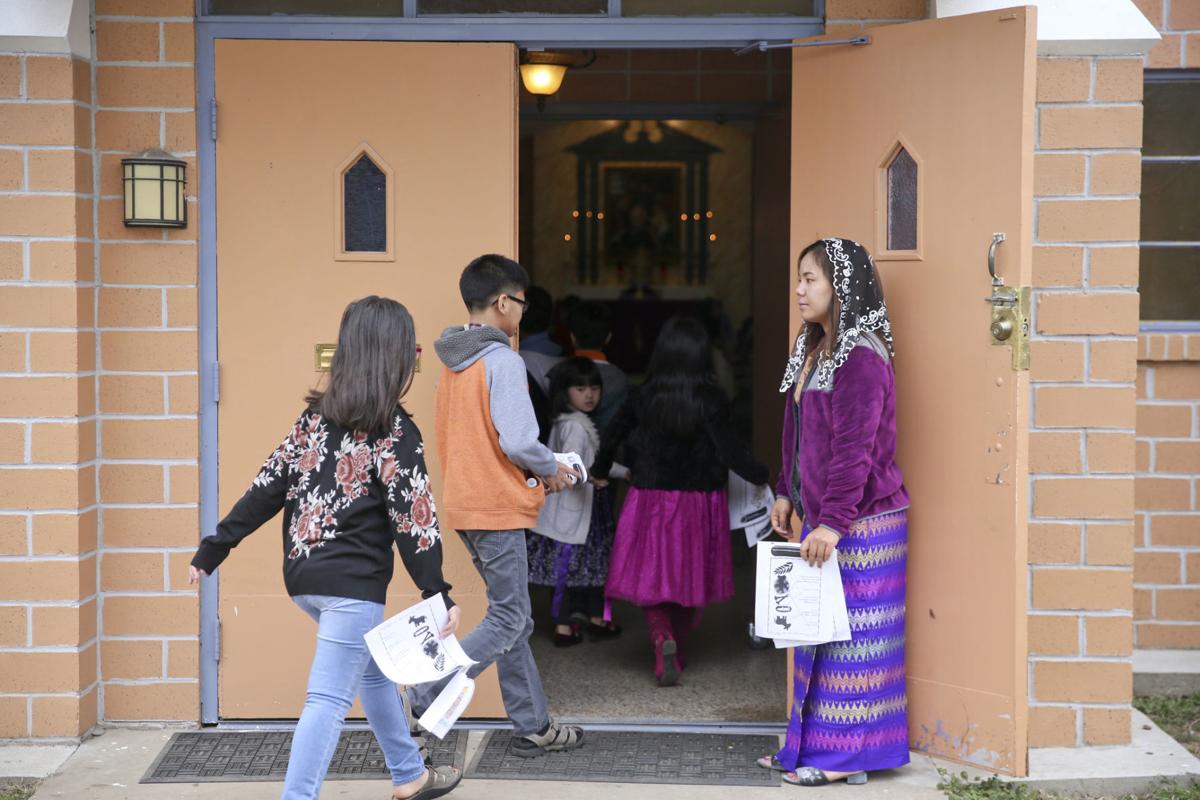 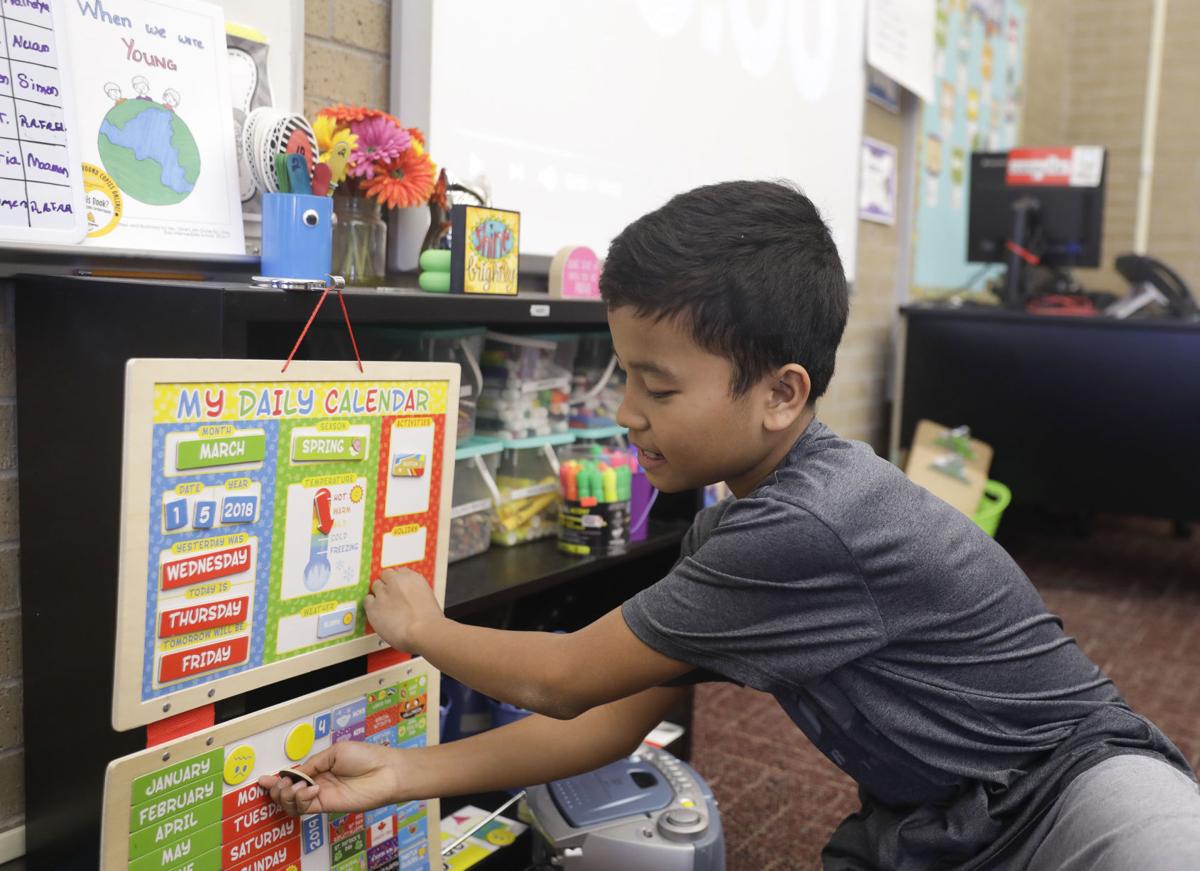 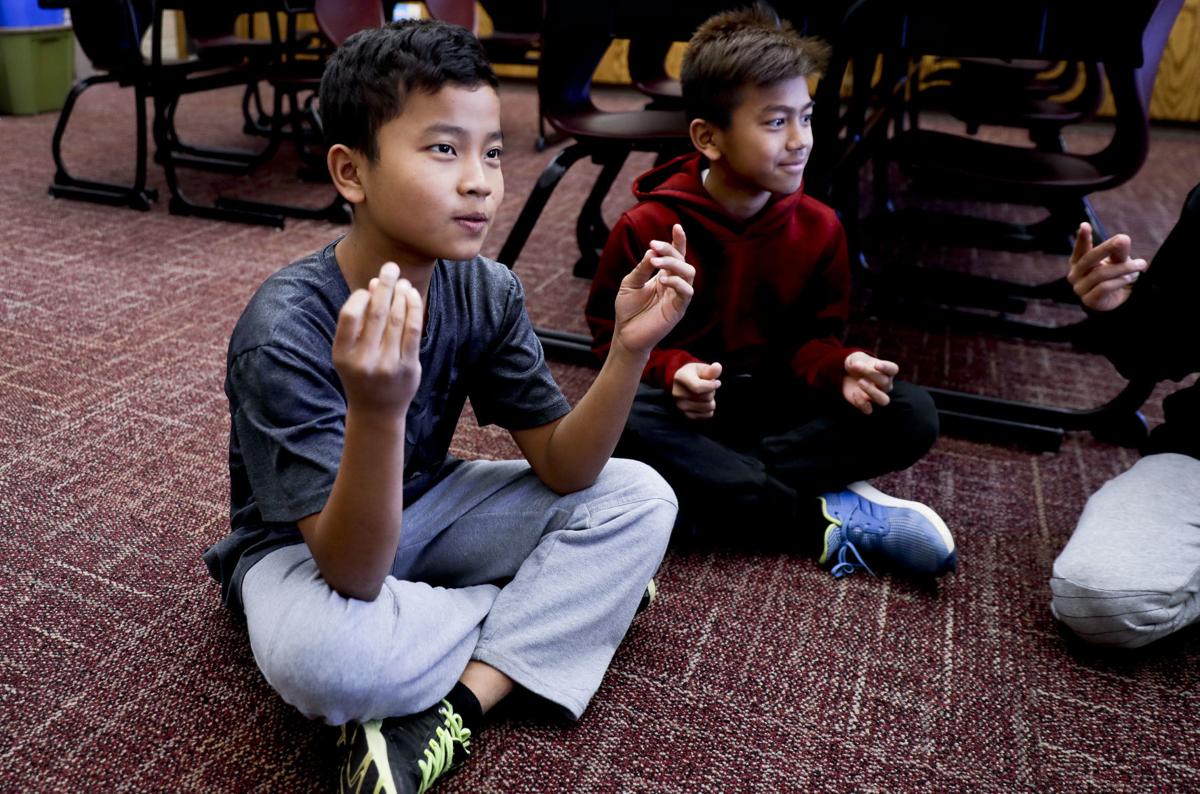 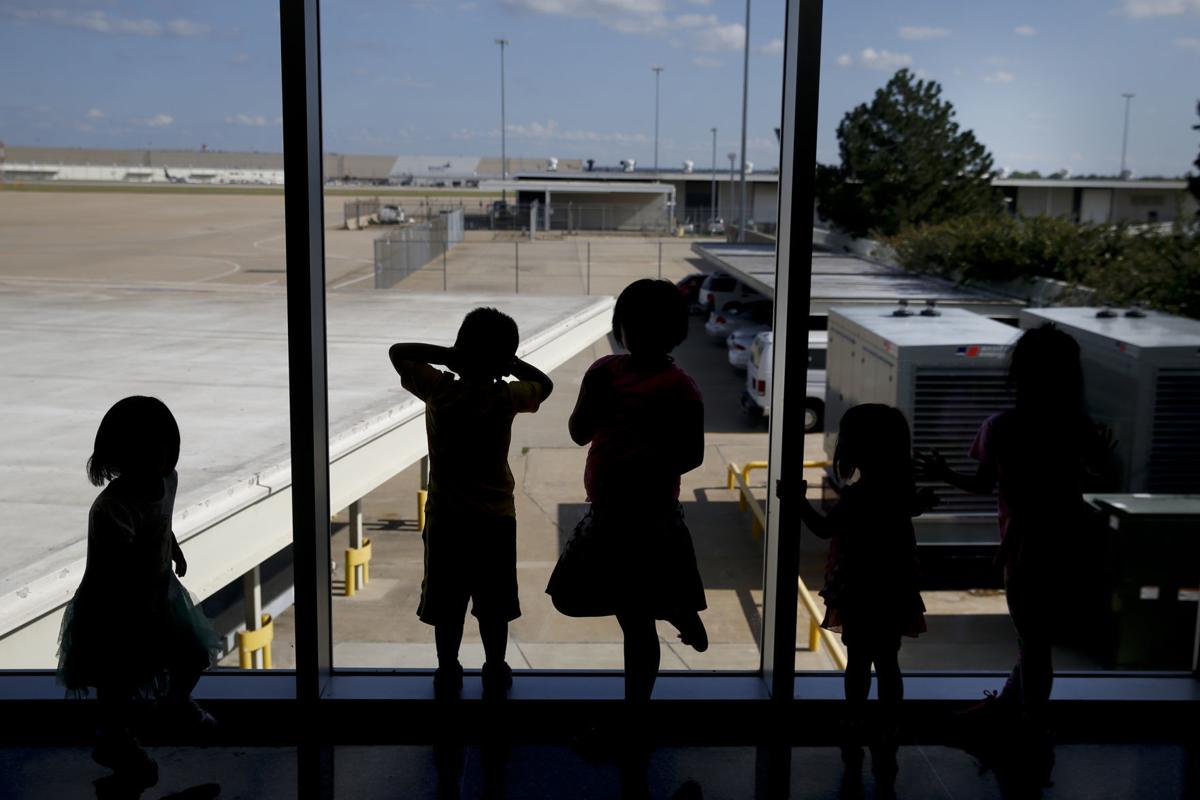 Children watch for planes to take off and land at Tulsa International Airport on Thursday. Thirty refugees from Myanmar arrived at the airport to reunite with friends and family who were already here. IAN MAULE/Tulsa World 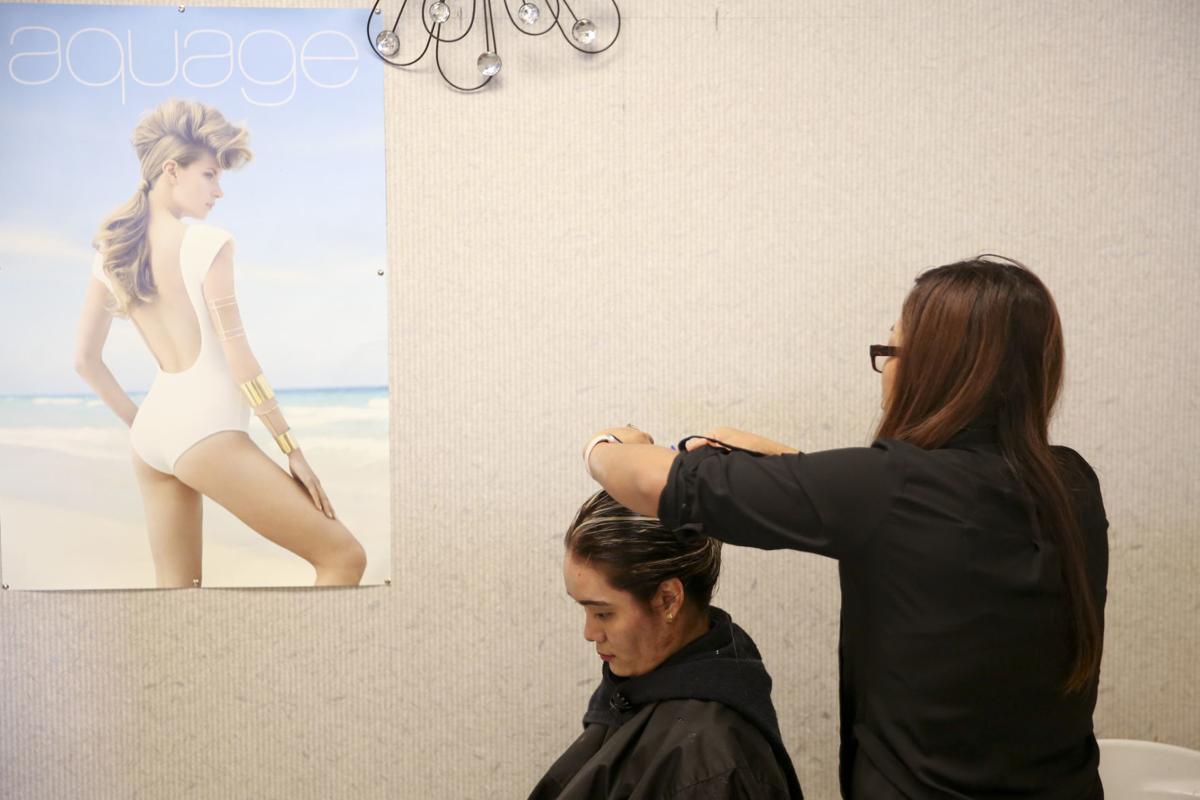 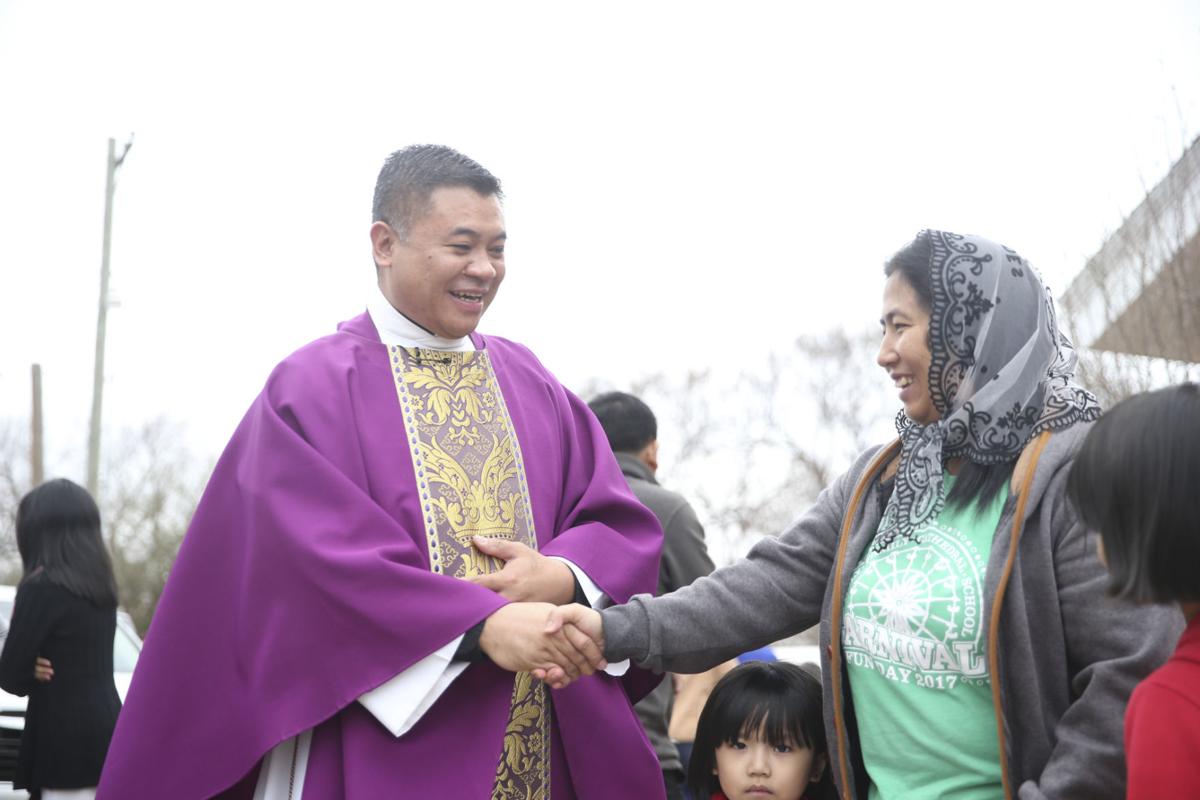 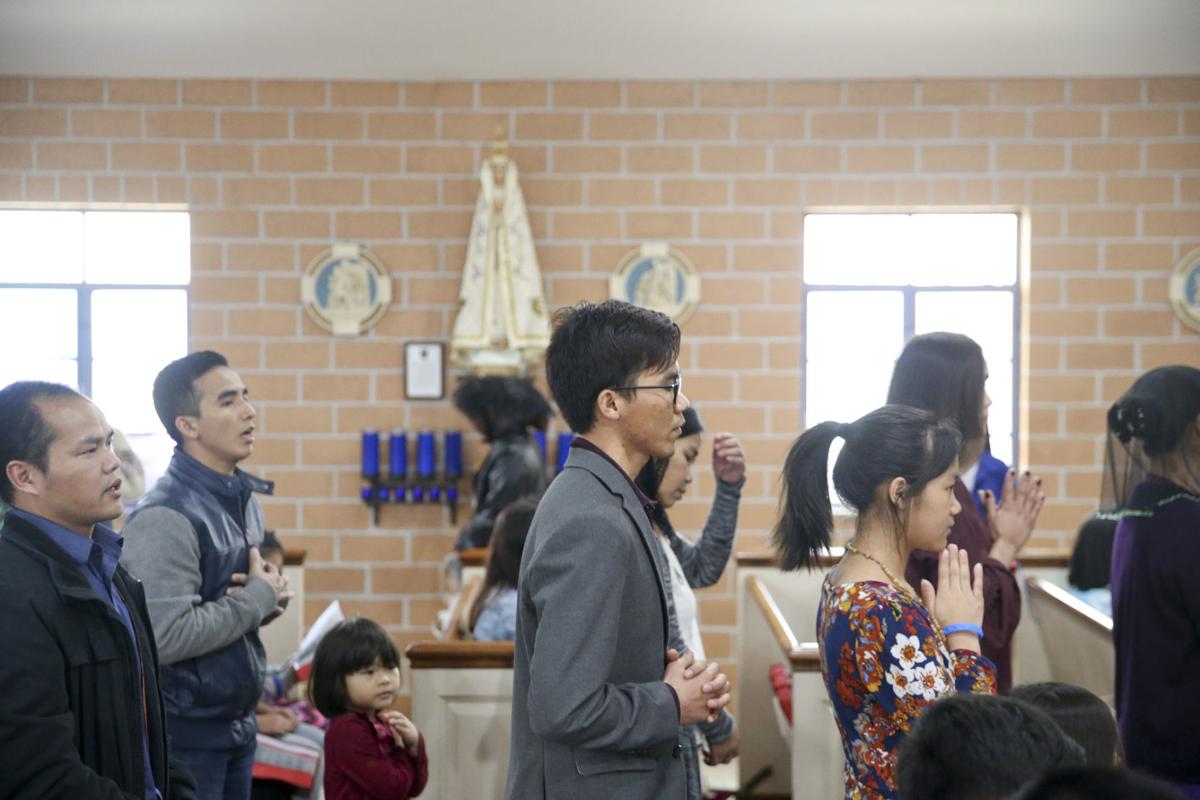 Joseph Thawn waits in line to get the Eucharist during a church service at Immaculate Heart of Mary Catholic Parish on Sunday, March 04, 2018. IAN MAULE/Tulsa World

Sarah Kim remembers first hearing about the United States as a young girl growing up in Myanmar.

“It almost sounded like heaven,” said Kim, who is 20 and came with her family to the U.S. 10 years ago. “It was like hearing about a paradise.

“People would say ‘You won’t go to bed hungry. You’ll get to go to good schools.’ It is true.”

Joseph Thawn has been in the U.S. for only a few years.

“Sometimes we feel like we’re living a dream,” said Thawn.

Kim and Thawn are among a large number of refugees from the war-torn country of Myanmar, formerly Burma, who have found a new home in Tulsa.

“It is a long process, and it is not easy,” said Leah Nuam. “I came with 14 people. The waiting process was long. I know some people that have waited eight years.

“It is worth it. It is way better here.”

It is not unusual to hear the Zomi language spoken in south Tulsa.

By some estimates, upwards of 7,000 Zomi people from the Chin State in Myanmar make up a thriving community in south Tulsa. It is believed to be the largest community of Zomi people in the U.S.

Some 1,105 students in Jenks Public Schools are identified as Zomi/Burmese. That’s more than half of the district’s 2,178 English language-learner students, including those who speak Russian, Chinese, Portuguese and Spanish.

The Zomi/Burmese population in Tulsa has exploded in the past decade. The number of Jenks students identified as Zomi/Burmese has gone from 71 to more than 1,000.

“I frequently tell people that we are fortunate that the Zomi community decided to settle in south Tulsa,” said Wendi Ward, an English language development instructor at Jenks. “The Zomi population in south Tulsa is very large and wonderful.

“The Zomi are very family-oriented. They are serious about education and opportunity for their children. They are wonderful students.”

There are 259 Zomi/Burmese at Jenks High School. The largest concentration of Zomi/Burmese students are the 304 children at Jenks East Elementary.

Most of the Zomi come to the United States from Chin State, which is in northwestern Myanmar bordering India and Bangladesh.

At 73 percent, Chin State has the highest poverty rate in Myanmar.

Originally, there was a small group of Zomi in south Tulsa, many of them settling here to attend Oral Roberts University.

“There is a lot of community support for the Zomi/Burmese in our city from the churches,” said Ward. “They have been very active with helping these people.”

“We went to Jenks High School, and there were probably several hundred Zomi students in our school at the time,” said Kim. “It is nice to come here and there are so many others who have gone through the same experiences as you.

“They help you. You learn the language. You become a part of America.”

Still, the community remains somewhat anchored in south Tulsa. There are about a dozen Zomi-run businesses, many of them congregated near the intersection of Lewis Avenue and 71st Street. There are restaurants, a beauty salon/barber shop and a grocery.

Most live in the Jenks school district, and the school system has adapted.

Ward is among a handful of English teachers who work with newly resettled Zomi/Burmese students. Depending on the level of English, determined through testing, many of the new students will take two English classes per school day for up to three years.

“Many have some catching up to do when they get here because they’ve had to overcome so many obstacles to get here,” said Ward. “However, they are very good students. They work very, very hard at their studies.”

“Sometimes when a family arrives here, they speak very little English, so the liaison will work with them to make sure we get the children into the right type of classes,” said Ward.

Yes, there are challenges for the families and students. Still, the students believe it is worth the effort.

“This is nothing like Burma,” said Kim. “This is better. We love it here.”

The name of the country was changed from Burma to Myanmar in 1989, a year after thousands were killed in a popular uprising.

It has been reported by the New York Times that upwards of 700,000 people have fled their homes in Myanmar to Bangladesh in the past year because of renewed fighting between various minority groups and government military forces.

U.S. Ambassador Nikki Haley, in a recent speech to the U.N. Security Council, denounced Myanmar’s government for making life for Rohingya Muslims “a death sentence,” citing the reporting of mass graves by the Associated Press and other news organizations.

This summer, Zomi from around the United States will come to Tulsa for a Zomi festival that is held every two years.

Some local Zomi estimate upwards of 10,000 Zomi will be in Tulsa for the festival, which was held in Nashville two years ago.

Many of the Tulsa Zomi have come here through legal immigration programs arranged through local churches.

“Yes, this is where I envision my future,” said Thawn.

“Yes, our dreams are of our future lives here,” said Kim.

Kim, Thawn and Nuam are studying accounting. Thang Pi, another friend at Tulsa Community College, is studying to be a computer engineer.

“I think a lot of people from our country come here to Tulsa because there are already a lot of Zomi people here,” said Pi. “It is easier. You have people who can help you.”

In this politically divided country, where immigration has become a hot-button issue, the young Burmese students believe the struggle to get here and stay here is worth the effort.

“It is hard, and it takes a long time,” said Kim. “It took us almost three years to go through everything as refugees to finally get to the United States.

“Then, when you get here, you have to learn the language and learn about this culture. It is not easy. But I think we all think it is worth it. This is where we want to be.”

Theresa Hoih Nu leads a group of students through a Bible study during a church service at Immaculate Heart of Mary Catholic Parish. IAN MAULE/Tulsa World

Children watch for planes to take off and land at Tulsa International Airport on Thursday. Thirty refugees from Myanmar arrived at the airport to reunite with friends and family who were already here. IAN MAULE/Tulsa World

Joseph Thawn waits in line to get the Eucharist during a church service at Immaculate Heart of Mary Catholic Parish on Sunday, March 04, 2018. IAN MAULE/Tulsa World