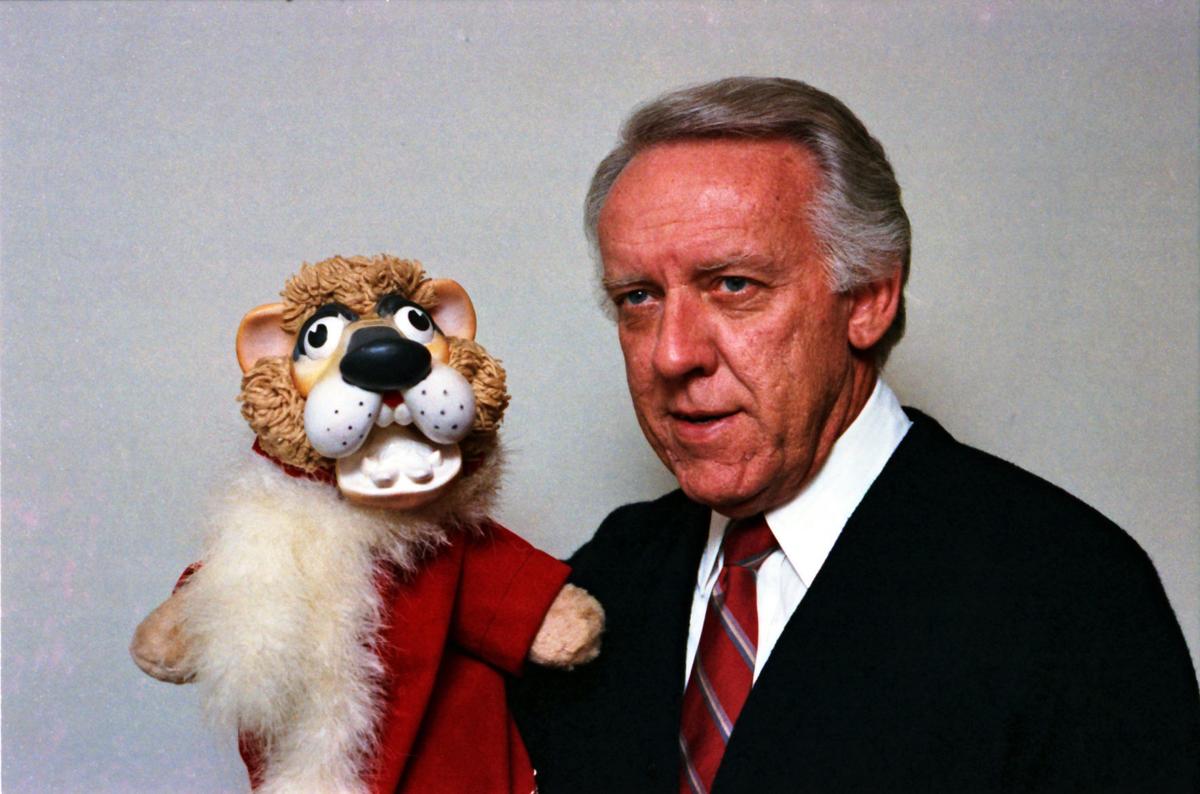 Lee Woodward and his friend King Lionel are pictured in 1989. King Lionel is on display as part of the “Transmitting Tulsa” exhibit at the Tulsa Historical Society. Tulsa World file 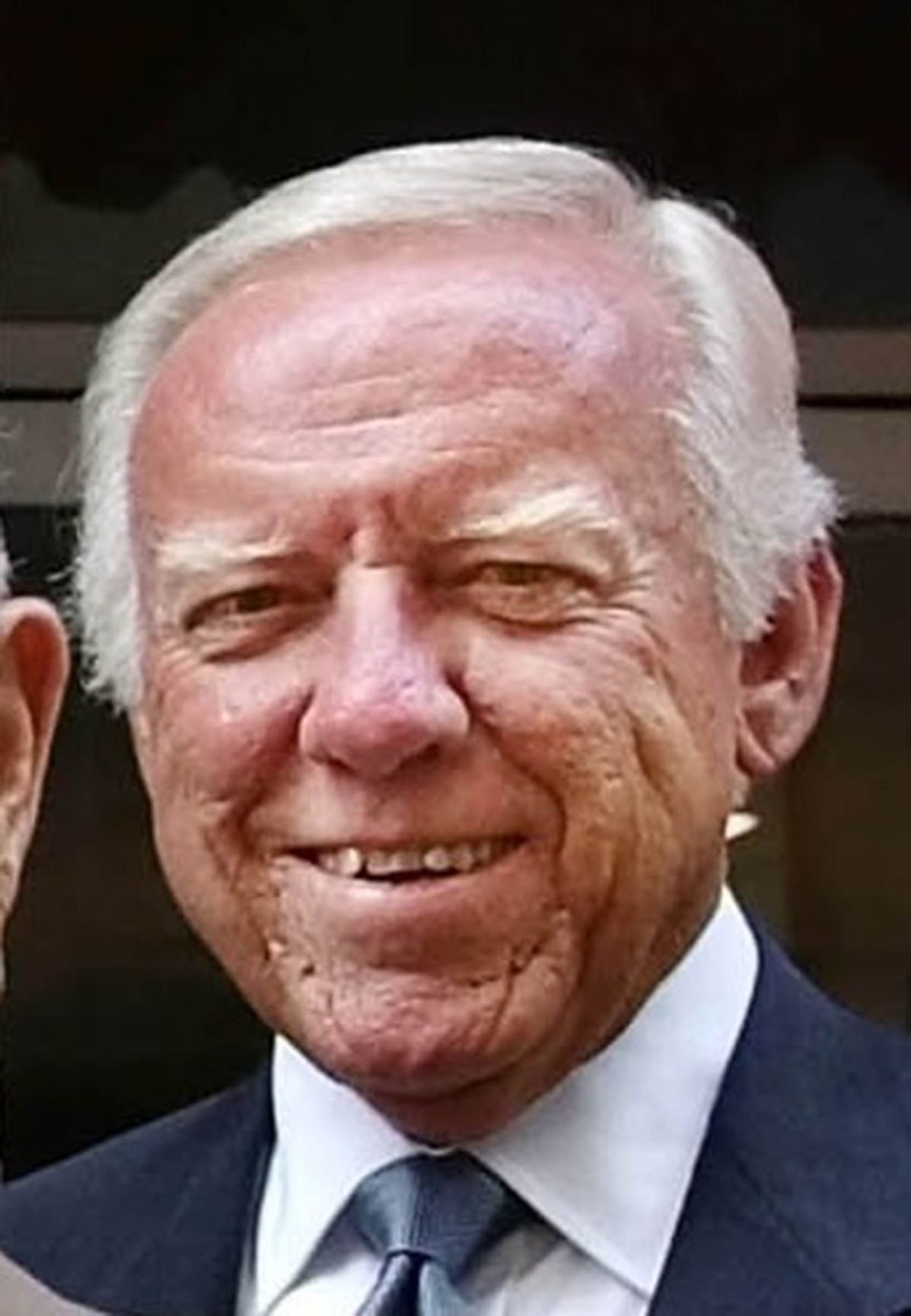 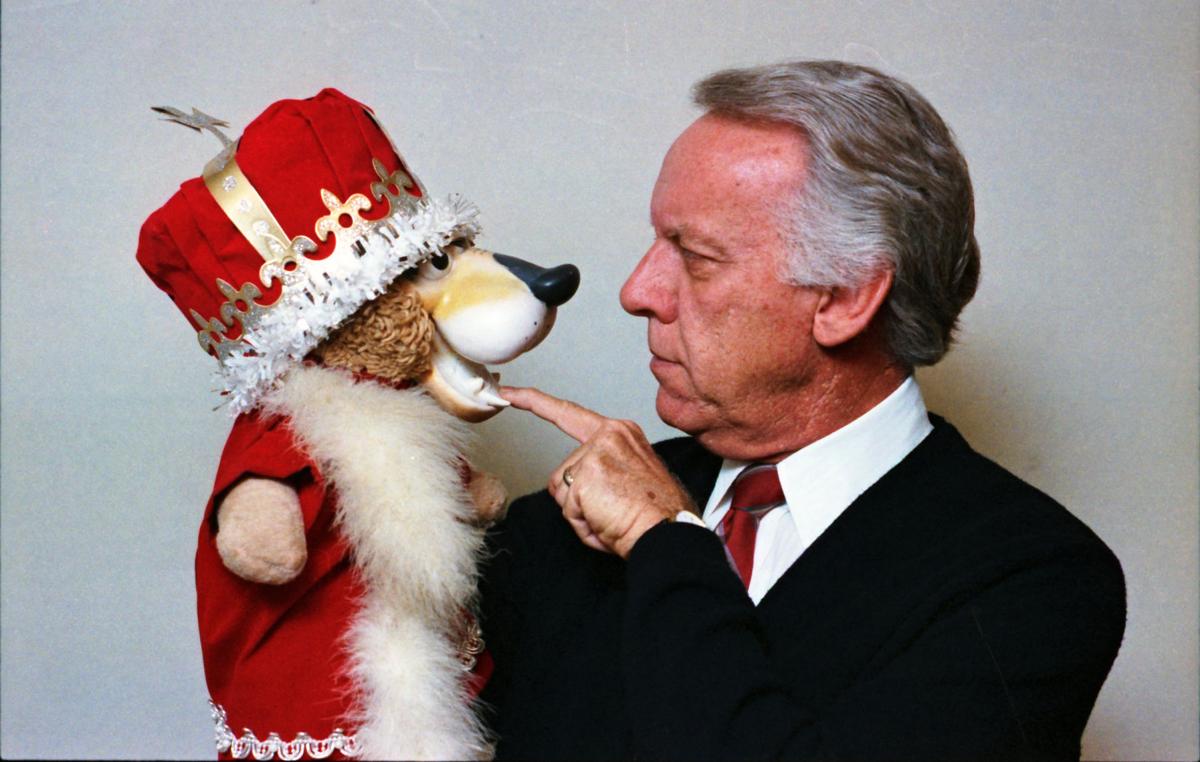 Lee Woodward, a longtime KOTV weatherman and on-air personality who together with his companion — an opinionated hand-puppet known as “King Lionel” — informed and entertained a generation of Tulsans, died Monday.

Private services are planned under the direction of Floral Haven Funeral Home in Broken Arrow. A memorial service will be held at a later date.

He was about a year into his career at KOTV when he teamed up for the first time with his soon-to-be sidekick, King Lionel the lion.

Voiced and operated by Woodward, the lion puppet began appearing with him on afternoon shows and traveling to live remotes. Later, the puppet went on to front a KOTV children’s show.

In the 1970s, Woodward began to incorporate Lionel into KOTV’s 5 p.m. newscast. After Woodward reported the weather, his alter ego provided his own wry take on the events of the day.

Lionel told the news “as it was, and not how it was always presented,” Woodward recalled in a Tulsa World interview.

While at it, the puppet traded barbs with the news anchors and others on set.

“Most of it was ad-lib,” Woodward said. “Sometimes the King said things that came as a surprise to me.”

Former KOTV anchor Clayton Vaughn remembers how King Lionel once dubbed him “Claxton” in jest, and the name stuck.

“I’d have people come up and call me Claxton. And I always knew where that came from,” he said with a chuckle.

Woodward’s humor when he was in character “was at once very funny, but the joke was always on the King himself,” Vaughn added. “He was never mean or abusive. The jokes were always kind.”

Which, he added, was consistent with who Woodward was.

“He was one of the most talented people I ever worked with, and incredibly ‘on’ with the way he presented himself. But he was also just remarkably kind. He never said an unkind word about anyone.”

The amusing political and social commentary began early in the comedy-duo career of Woodward and Lionel.

For example, in 1961, when President John F. Kennedy pulled the plug on the Bay of Pigs invasion, Lionel had a response, mimicking the president’s accent. “He said he wanted Cuban people to know he stood behind them 50 percent,” Woodward recalled.

Beloved by adults and children alike, Lionel had legions of fans. When KOTV retired the puppet in 1978, supporters besieged the station with angry letters and phone calls.

He was quickly reinstated.

A native Texan, Coulter Lee Woodward — known as “Woody” to many friends and colleagues — was a graduate of North Texas State University, where he majored in voice.

He worked in radio initially before starting in TV at a station in Abilene, Texas.

After moving on to Tulsa and KOTV, where he started as a staff announcer, reading commercials and doing station breaks, he went on to become a weatherman and popular host of several shows.

After KOTV, Woodward worked for a couple of Tulsa-area car dealerships.

In addition to their air time, Woodward appeared publicly with Lionel at many charity events and even Tulsa Philharmonic concerts.

The two were last on TV together in a series of car commercials in the late 1980s.

“People still come up to me and say, ‘Do you still have Lionel?’ I say, ‘No, Lionel has me,’” Woodward said several years after he’d retired the act for good.

“It’s a little hard to fathom that you would have that much impact when you were just trying to make a living,” he added. “But that’s TV. When you’re coming into people’s homes every day you in a sense become like a member of the family to them.”

Woodward was one of the Tulsa Press Club’s six original Tulsa TV Icon honorees in 2003.

Lee Woodward and his friend King Lionel are pictured in 1989. King Lionel is on display as part of the “Transmitting Tulsa” exhibit at the Tulsa Historical Society. Tulsa World file