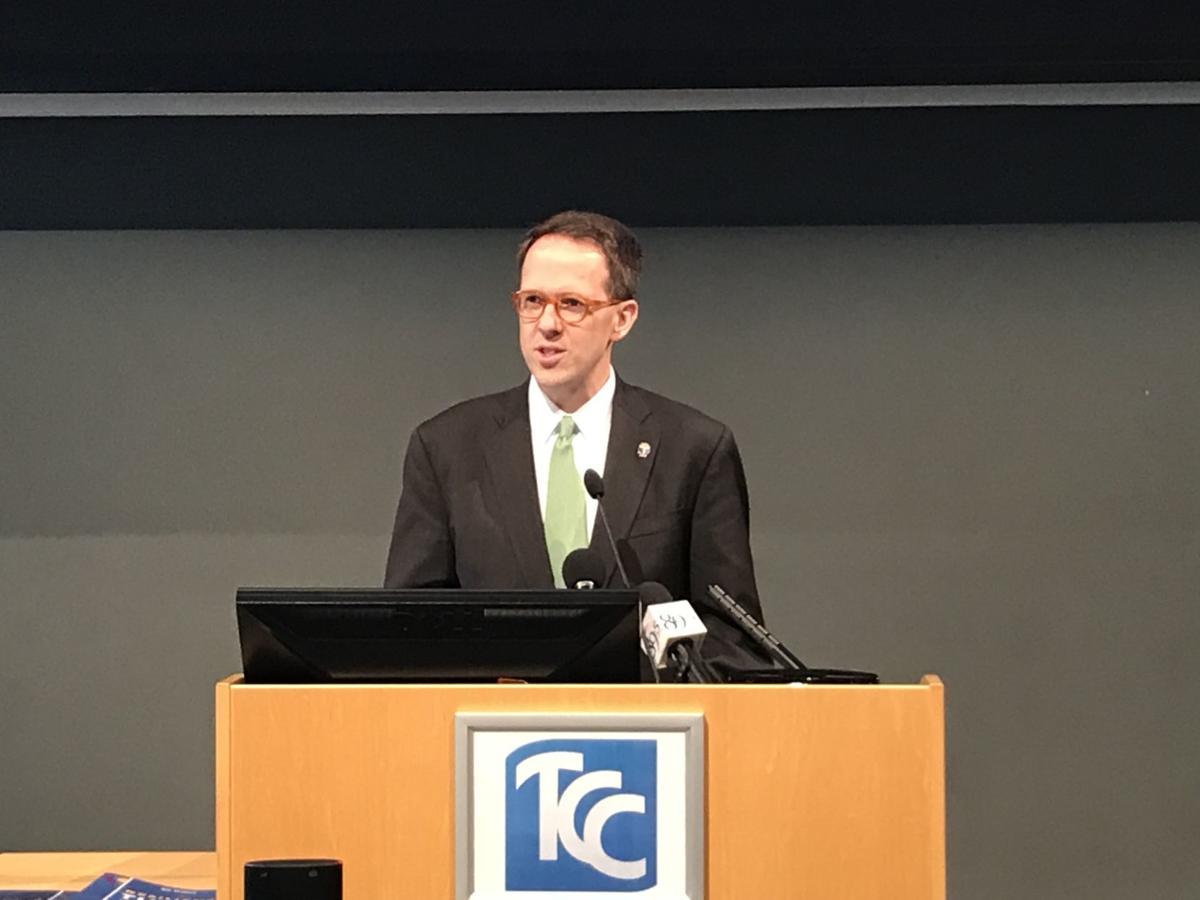 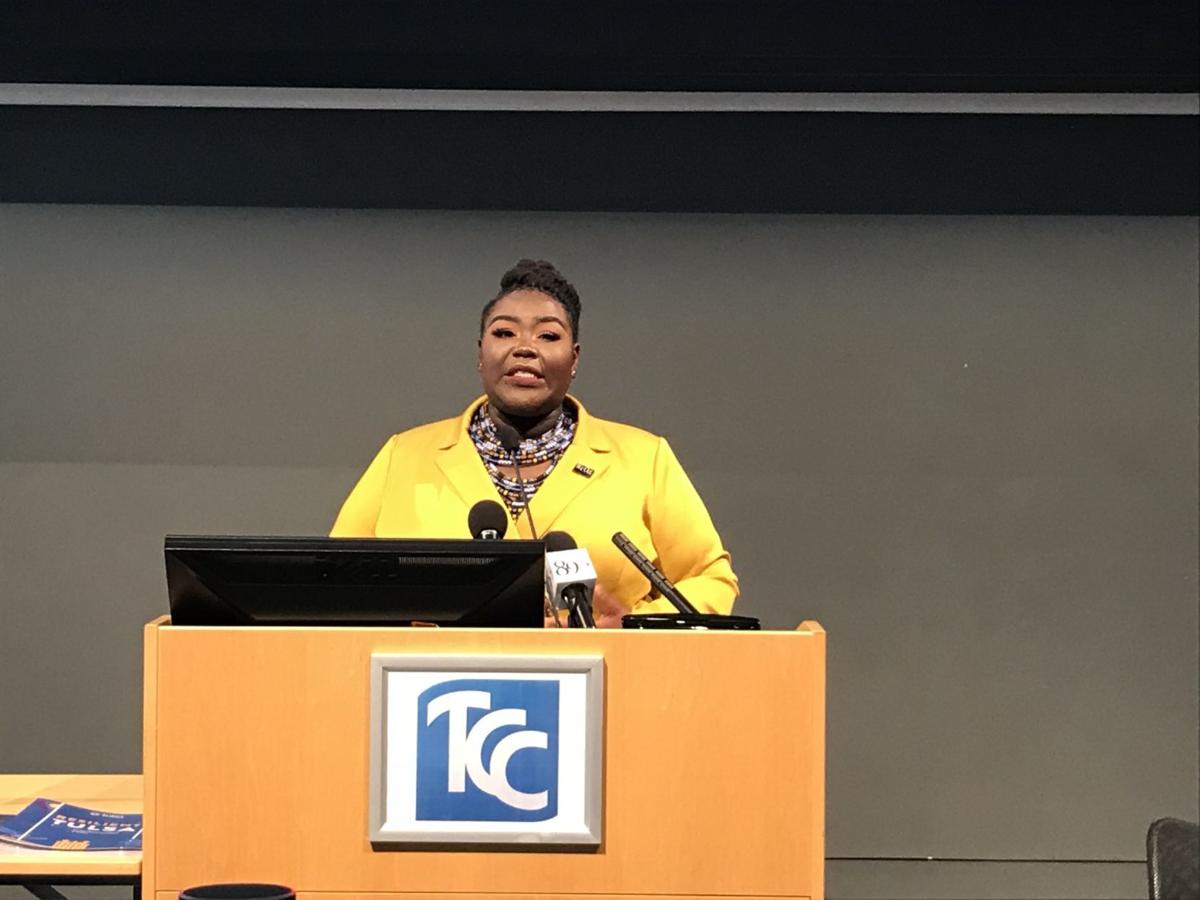 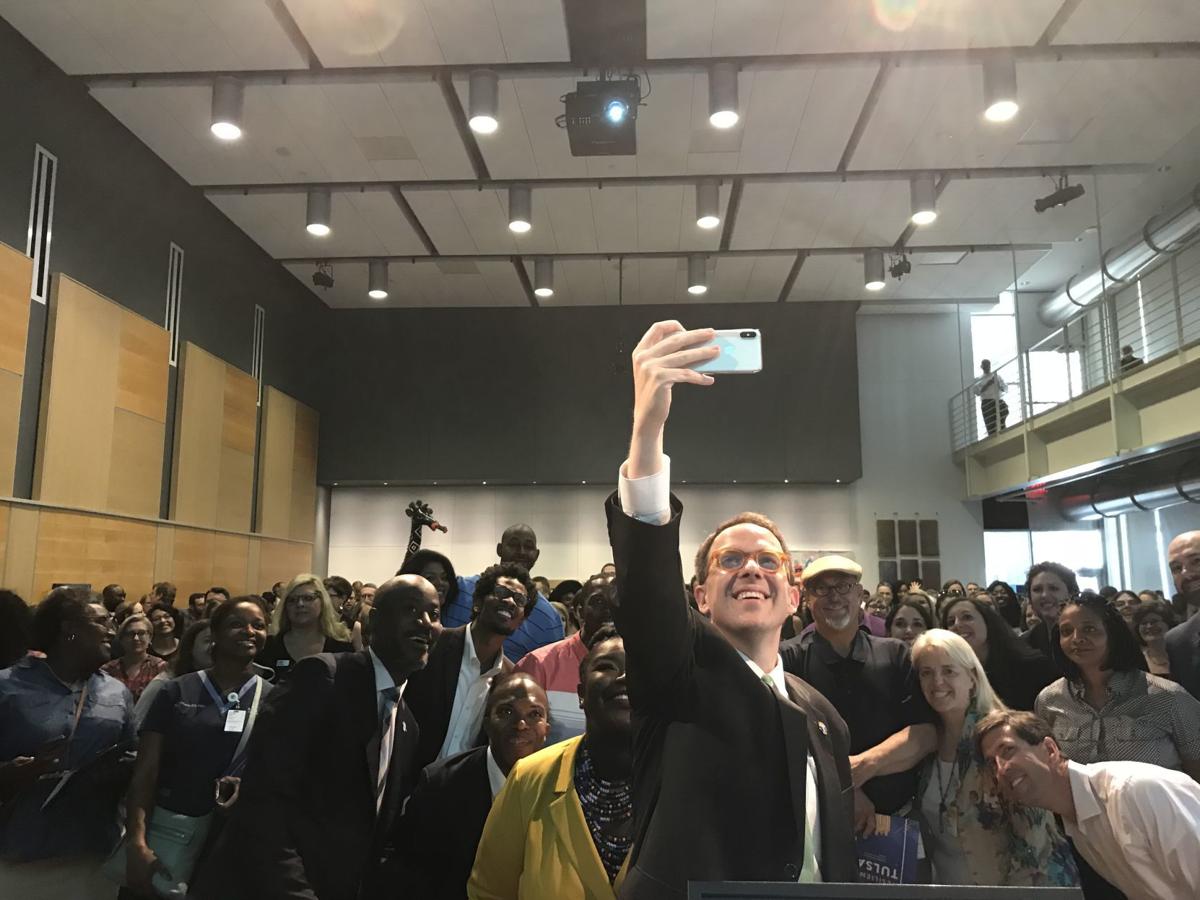 City officials have made clear that the Resilient Tulsa strategy won’t live up to its name unless Tulsans make it happen.

So, with that challenge in mind, Tuesday was a good day. Hundreds of people, African-American and white, Hispanic and Asian, big shots and ordinary folks, packed Tulsa Community College’s McKeon Center for Creativity downtown for the official unveiling of the strategy.

Mayor G.T. Bynum, who was motivated to run for mayor in part to address the city’s long-standing racial inequalities, was genuinely moved by the turnout.

“Our country is so divided right now, and our city — although we don’t want to admit it — being so divided right now,” Bynum said, “and to see all of you here, knowing that you want to work together to make it the best city it can be. … I just can’t tell you how much it means, so thank you.”

The Resilient Tulsa strategy is a comprehensive plan to address inequities in the city — and not just racial inequities. Funded by the Rockefeller Foundation, the strategy outlines four broad visions for the city with accompanying goals and actions to accomplish those goals.

The visions include: 1) creating an inclusive future that honors all Tulsans; 2) equipping all Tulsans to overcome barriers and thrive; 3) advancing economic opportunity for all Tulsans; and 4) transforming city and regional systems to improve outcomes for all Tulsans.

The actions range from something as simple to understand as memorializing Black Wall Street to help accomplish Vision 1, to an effort to “demystify and humanize adjudicated Tulsans” to help realize Vision 2.

And then there is 918 Day. DeVon Douglass, the city’s chief resilience officer, had the large crowd laughing as she explained that the citywide event — named after the city’s area code — would be held on Sept. 18, month nine, day 18, and would be a “big deal,” with some weekend events.

“Community cohesion is key,” she said.

The idea is to bring the community together through a variety of activities, including a citywide scavenger hunt intended to take people to parts of town, whether it be an events center in north Tulsa or a mosque in east Tulsa, that they might never have been to.

“Not enough people know about the gems and the jewels that are in their city, and this offers a way to do that, and then we get to party,” she said. “What’s better than a scavenger hunt (and then) a party.”

The concrete objectives of the plan are laid out in the strategy’s 11 goals, none more relevant than those related to criminal justice and policing.

The city’s Resilient Tulsa strategy was created before that proposal was presented in a letter to the mayor and city councilors last week.

City officials noted Tuesday that the Police Department is preparing to implement implicit-bias training — as recommended in the city’s community-policing task force — but that the Resilient Tulsa strategy extends the training to all city employees.

The strategy also calls for an expansion of the Police Department’s de-escalation policy to reduce use-of-force incidents, another subject of concern raised by the NAACP Legal Defense Fund and local residents.

City Councilor Vanessa Hall-Harper, one of the residents who demanded changes in policing policies, said she was excited by the Resilient Tulsa strategy but that the key to its success will come in implementation.

“We want to make sure that whatever these (actions) are — when we actually see them put into action — that they are going to serve the community to the very best,” she said.

Bynum ended his remarks by noting that Tuesday marked 50 years since Robert Kennedy was assassinated. Kennedy, who was running for president at the time of his death, had made civil rights a key platform of his campaign.

“What happens to the country, to the world, depends on what we do with what others have left us,” Bynum quoted Kennedy as saying.

He then added: “We know where we stand in Tulsa. We have the numbers to show us where we stand today in Tulsa. That need not be the way that Tulsa is in the future. We can build the kind of city that we want Tulsa to be — a city where every kid has an equal shot at a great life here in our city.”

For more details on the Resilient Tulsa strategy, go to www.cityoftulsa.org/ResilientTulsa

Here are some of the highlights:

VISION 1: Create an inclusive future that honors all Tulsans.

VISION 2: Equip all Tulsans to overcome barriers and thrive.

Goal: Break the cycle of incarceration and ensure fair access to opportunity for previously incarcerated Tulsans.

VISION 4: Transform city and regional systems to improve outcomes for all Tulsans.

Goal: Design more responsive and transparent internal processes that promote proactive decision making through the increased use of data and community feedback by 2022.