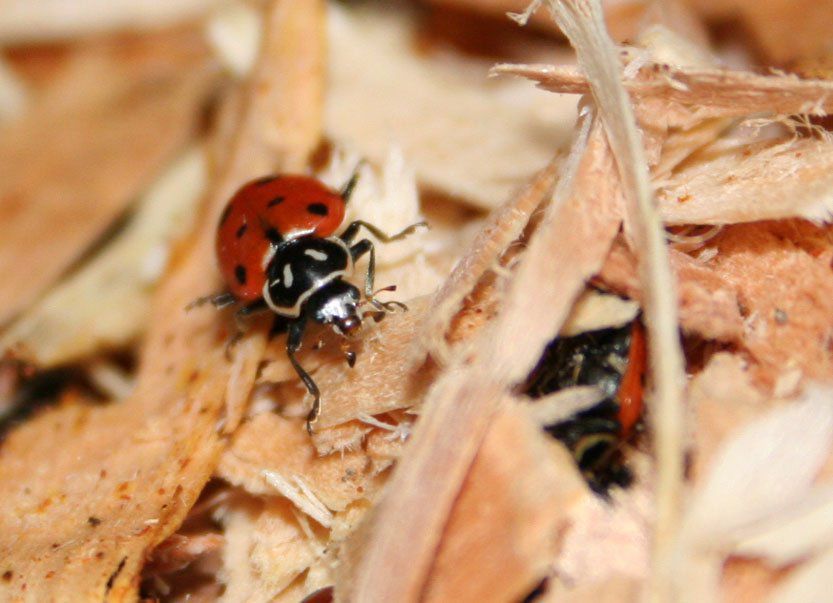 Asian lady beetles, commonly called ladybugs, like to get into people’s homes to hibernate for winter. Tulsa World file 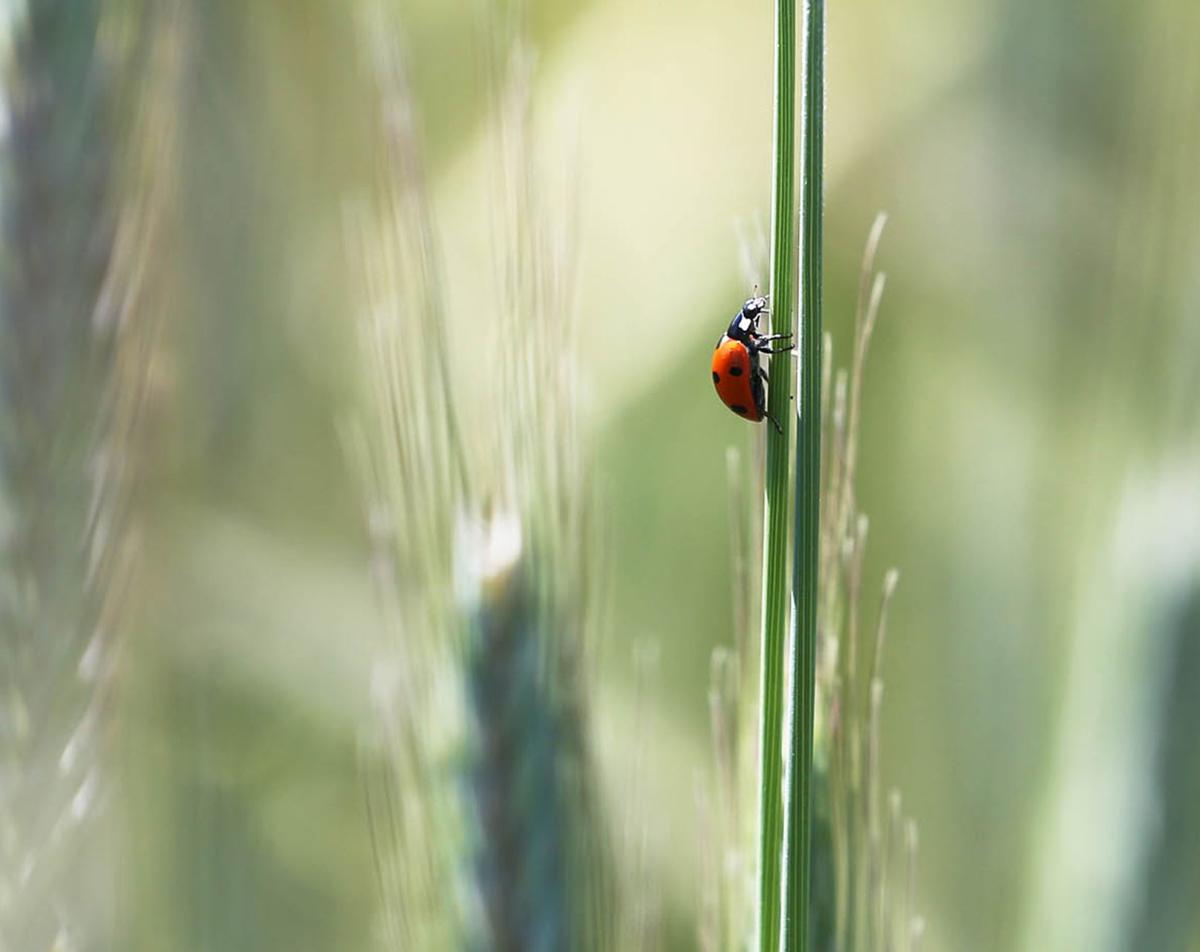 An Asian lady beetle walks on a stalk of rye in the northwest Oklahoma community of Ames. The insect was introduced to the U.S. about 10 years ago to control aphids. TOM GILBERT/Tulsa World file

Asian lady beetles, commonly called ladybugs, like to get into people’s homes to hibernate for winter. Tulsa World file

An Asian lady beetle walks on a stalk of rye in the northwest Oklahoma community of Ames. The insect was introduced to the U.S. about 10 years ago to control aphids. TOM GILBERT/Tulsa World file

After doing the job they were brought here to do, thousands of multicolored Asian lady beetles are now just looking for a warm place to spend the winter and are invading Oklahoma homes and business by the bucket load — or rather, vacuum cleaner bag load.

“Apparently we are now at the height of the season,” said Eric Rebek, Oklahoma State University Extension entomologist, who had at least three media interviews set Friday after a sunny Thursday had the beetles in the air across the state.

Several species of lady beetles are out looking for winter homes right now — including the native red-spotted lady beetle and yellow-green-spotted cucumber beetle — but the ones trying to get inside your house and biting you on the neck range in color from light tan to brick red and may have lots of spots or just a few.

“They were intentionally introduced for biological control purposes about 10 years ago for pest aphids, for pecans and for the Russian wheat aphids, so some key pests” were targeted, Rebek said.

“Some years we hardly notice them, and other years we have a lot,” he said. “With a lot of aphids, the predator population will track upwards, also.”

As the name indicates, the lady beetles are of Asian decent. They were purposely transplanted into the U.S. and are a beneficial insect. But they have one minor drawback that was not anticipated: They like to get into people’s homes to hibernate for winter.

“They are originally from Asia, and in their home habitat they would spend the winter in cliff surfaces, in fissures and cracks,” he said. “They are genetically predisposed to seek out that type of structure.”

Here in the United States they can find some cliffs, but most often the tall, light-colored vertical structures they find are houses and buildings — or even people wearing a light-colored shirt or hat.

The insects certainly have been doing a good job on pest control, Rebek said.

“We have had to spray less for those aphid species — but what was overlooked in the studies was the habit of overwintering in cliff faces.”

So what are the issues with these cavity-seeking cliff dwellers?

As house guests, they smell bad and have a habit of leaving stains on light-colored surfaces like lampshades and other fabric-covered furnishings — and they bite.

“It’s not a bite that draws blood but more of a pinch,” Rebek said. “It’s not an intentional thing but can happen if they get caught between your neck and the collar of your shirt, that kind of thing. They won’t draw blood, and it’s nothing you will have to see a doctor about. It’s just a pinch, but it is a noticeable pinch.”

Bite victims won’t bleed, but the beetles do.

“It’s called reflex bleeding,” Rebek said. It’s a defense mechanism, and it doesn’t take much to cause them to release this noxious fluid. “They basically bleed out of the joints in their legs, and when they do it, you get the staining factor.”

Then there is the smell.

“It’s an affront to the nostrils for sure,” Rebek said. “You can walk into a house and you’ll know they’re having an issue with lady beetles because of the foul odor. It’s hard to describe, but if you could put a taste to it, it would be very bitter.”

Otherwise, the lady bugs are harmless visitors, he said. They’re just looking for a place to sleep through winter. They come in through gaps around doors or windows, through ripped screens, around dryer vents, down fireplace chimneys — you name it.

Rebek said insect sprays are not a recommended deterrent. The best way to keep the bugs out is to figure out how they’re getting in and plug the holes.

A vacuum cleaner hose with a nozzle attachment is the easy and least-messy way to collect the insects that have found their way indoors. Often they end up congregated in a corner somewhere, he said.

“Of course, they will crawl back out of the bag if you don’t put them somewhere,” he said.

Gardeners might want to save the bugs for spring, Rebek said.

They don’t need food or water, just a place to sleep for a few months. They’ll come back around when the days start to get longer again.

“You can just put them in a jar with a few holes small enough they can’t get air but not get out,” he said. “When spring comes around, they’ll start to get more active and you can just take them out in the garden and let them go again.”

Introduced by the U.S. Department of Agriculture as a biological control agent against aphids and scale insects. In the U.S. since the early 1990s. First in Oklahoma about 10 years ago.

Slightly larger than native ladybugs, they range in color from pale orange to brick red and may or may not have a lot of black spots on the wing covers.

How to keep them out: Seal any cracks or openings to the outdoors on your home.

Why not spray pesticide? Pesticide is marginally effective at keeping the insects out. If an infestation inside your home is killed, the hundreds of dead bodies may attract other species. Removing them with a vacuum cleaner nozzle attachment is the best option.

Do they bite? Yes, but they are not actively seeking people to bite, and when they do it is a just a strong pinch and should not draw blood.