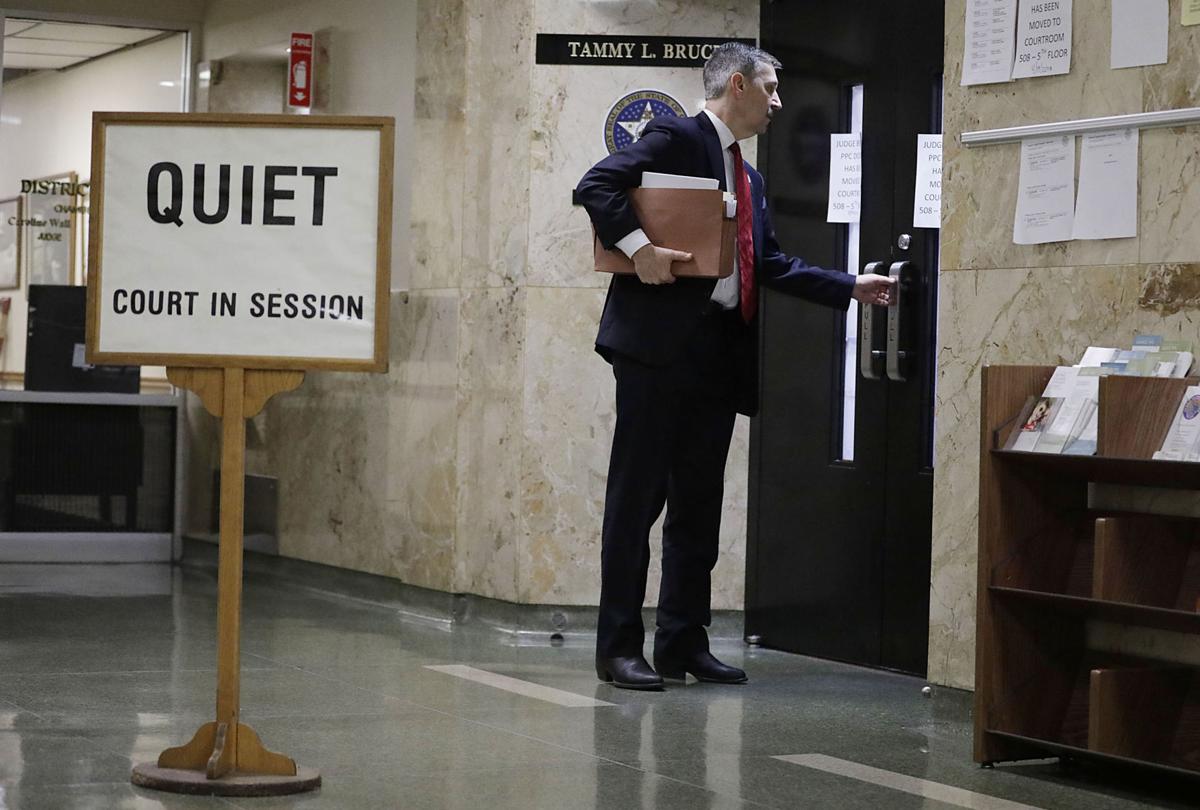 District Attorney Steve Kunzweiler arrives at the Tulsa County Courthouse on Thursday for the continuation of jury selection in the murder trial of Michael Bever. MIKE SIMONS/Tulsa World 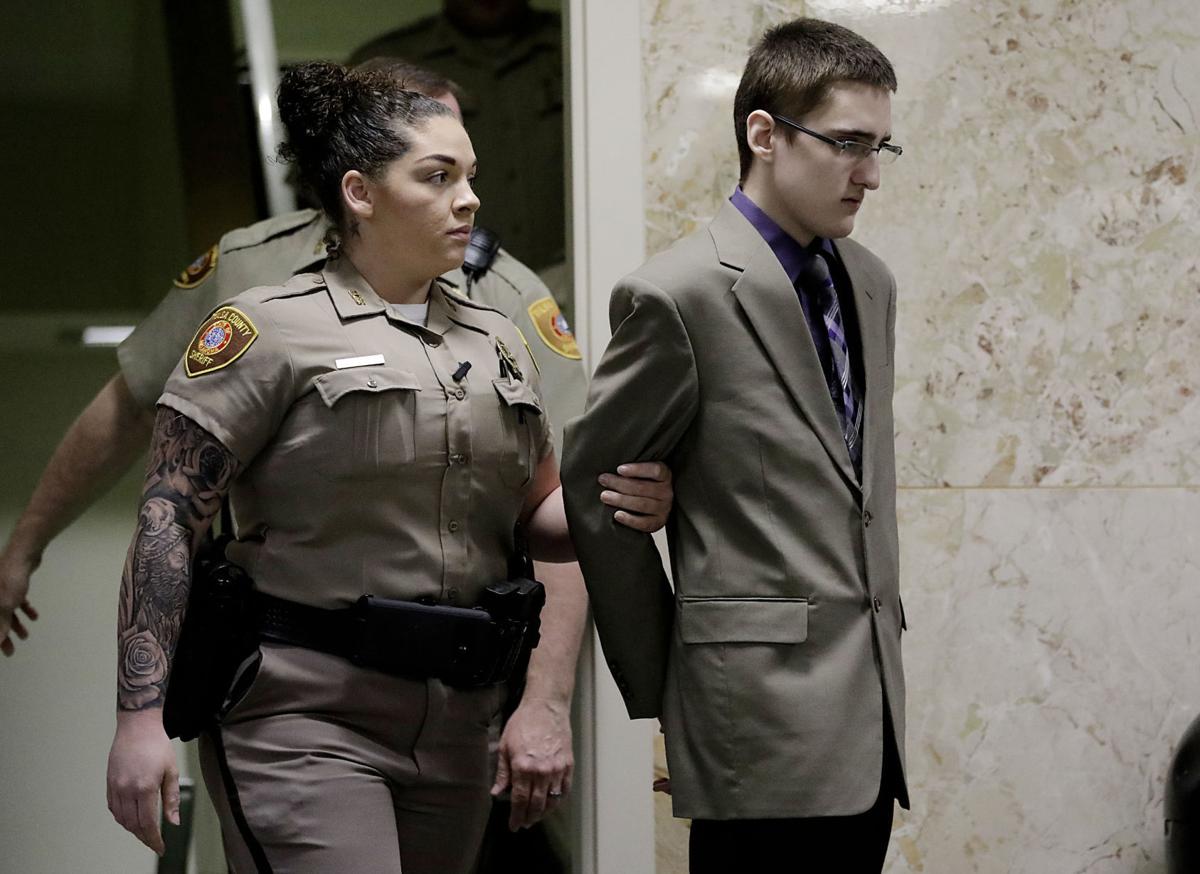 Michael Bever is escorted into a courtroom as jury selection wraps up for his murder trial at the Tulsa County Courthouse on Thursday. MIKE SIMONS/Tulsa World 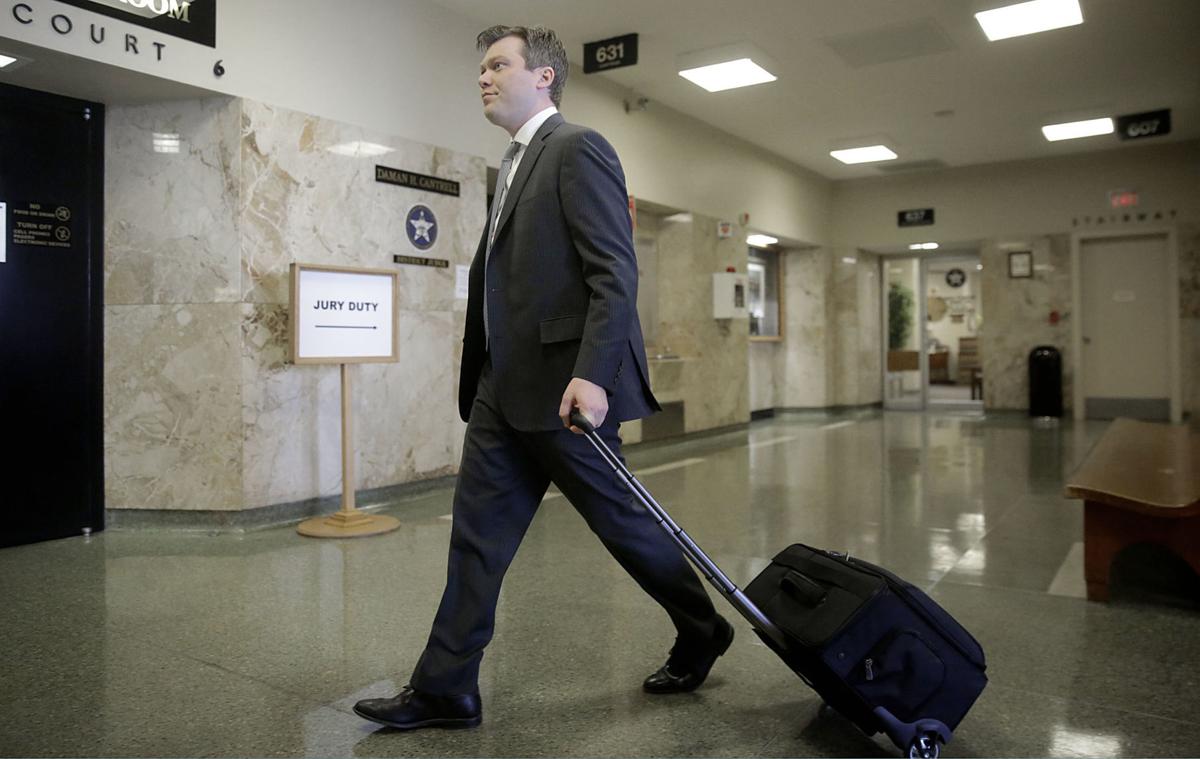 After four days of jury selection, opening statements will start Friday morning in Michael Bever’s quintuple murder trial, beginning what both sides have promised will be a “tough” case for jurors to hear.

Bever, 19, faces five first-degree murder counts and one count of assault and battery with intent to kill in the July 2015 stabbings of his parents and four siblings in Broken Arrow, where one sister survived and is expected to be among the first witnesses to testify.

District Judge Sharon Holmes presided over the largest jury pool in recent Tulsa County District Court history, beginning with 100 candidates Monday to select a final panel of 11 women and three men Thursday afternoon. The jury pool was so large that Holmes borrowed a sixth-floor courtroom for the process, but the trial will now return to the judge’s own fourth-floor courtroom, which will allow the teenage defendant to enter and leave out of public view.

Attorneys for both sides spent 2½ days questioning potential jurors on issues such as pretrial publicity, the available range of punishment and their attitudes toward homeschooling. Chief Public Defender Corbin Brewster finished his examination of the jurors around 2:15 p.m. Thursday.

He has not commented since the trial began but told the Tulsa World late last month he hoped jurors would determine Michael Bever is not in the same position as his brother, Robert, who is already serving multiple life-without-parole prison terms after pleading guilty in the case in 2016. Michael Bever was 16 at the time of his arrest, while Robert Bever was 18.

Michael Bever’s team announced its intention last month to no longer pursue an insanity defense, instead opting to focus at least in part on what attorneys said they’ve learned about his home life and on the handling of evidence by Broken Arrow police officers.

District Attorney Steve Kunzweiler told reporters Thursday afternoon that the voir dire, or examination, process gave prospective jurors a glimpse of the gravity of the situation. Several in the group this week expressed concerns about Michael Bever’s age at the time of the stabbings and state law mandating his prosecution as an adult, which means he faces a chance of a life without parole sentence.

“It’s going to be tough. But that’s the good part of our country, that we have some citizens who can step up to the plate and do that job,” Kunzweiler said.

When asked about how Bever’s trial will now proceed, he said, “I know this case has kind of riveted everybody because of the number of deaths, but in any murder case that you’re going to be doing, it’s going to be emotional for family members.”

Assistant District Attorney Sarah McAmis, speaking to a small group of jurors, addressed intense emotions that surfaced during voir dire Wednesday about evidence in the case and the seriousness of available punishments for a first-degree murder conviction.

During Wednesday’s proceedings, one prospective juror — who was later excused — told Brewster he did not want to see photos of “slaughtered children” in the trial after hearing the youngest of the dead is a 5-year-old girl. Another of the dismissed men was seen crying after the court recessed for the evening.

Meant to encourage development on vacant lots, other affected neighborhoods include Cosby Heights, the Heights, Crutchfield, the Pearl District and areas north of Cherry Street.

District Attorney Steve Kunzweiler arrives at the Tulsa County Courthouse on Thursday for the continuation of jury selection in the murder trial of Michael Bever. MIKE SIMONS/Tulsa World

Michael Bever is escorted into a courtroom as jury selection wraps up for his murder trial at the Tulsa County Courthouse on Thursday. MIKE SIMONS/Tulsa World