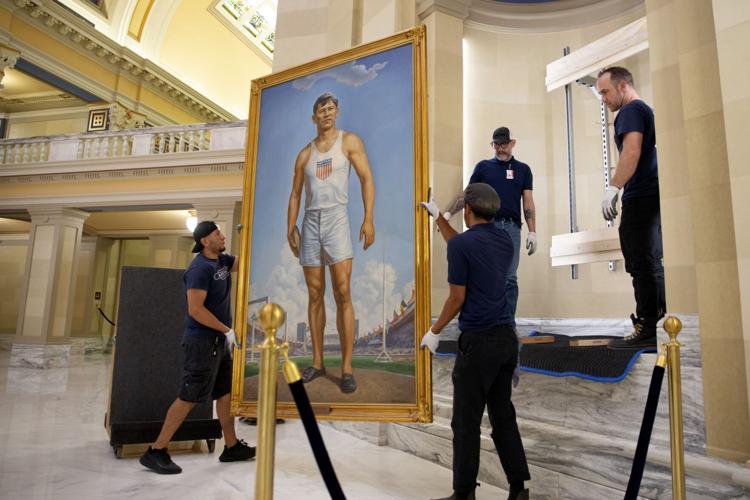 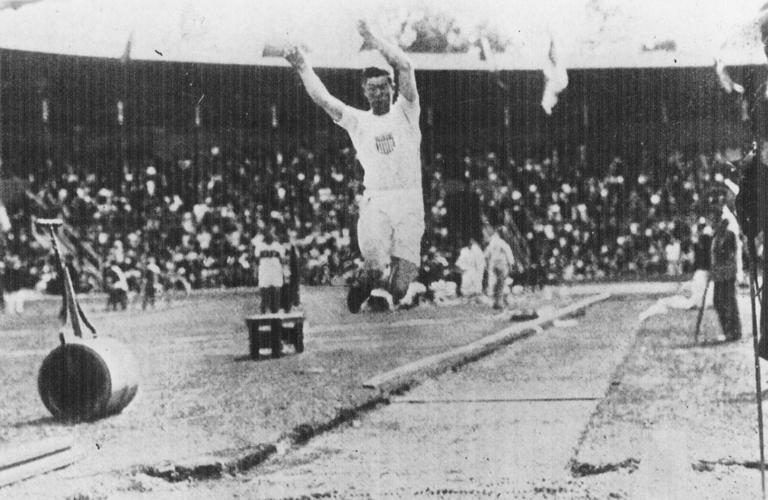 Jim Thorpe in his Olympic broadjump.

Jim Thorpe’s journey wasn’t chronicled only through word of mouth. His talents were well-known worldwide, and many considered the Sac and Fox Nation member as the greatest athlete in the 20th century.

On Friday — 110 years after Thorpe earned gold medals in the decathlon and pentathlon during the 1912 Olympics in Stockholm — he was restored as the sole winner of the events after a long controversy surrounding his triumphs.

Thorpe was stripped of his 1912 gold medals because he’d been paid to play minor league baseball in 1909-10, which violated amateurism rules.

Friday’s news drew cheers across Indian Country, including from Billy Mills. A member of the Oglala Lakota Sioux Nation, Mills won the 10,000 meters at the 1964 Olympics in Tokyo.

“I was just so, so touched and so thrilled,” Mills told the Tulsa World from his Fair Oaks, California, home Saturday. “I had happy tears. I just took the moment to enjoy the cry.”

Thorpe was a trailblazer for Native American athletes like Mills, who explained how much he looked up to the 1912 Olympics winner.

“He had a different impact on me than probably 99.999% of the people. They all look at Jim Thorpe as a hero. I never looked at Jim as a hero. I looked at him at a much higher plateau,” Mills said.

“He was so great in my mind. He was like an Olympic god. As a youngster, I was intrigued by Greek mythology. Zeus was an Olympic god … That’s where Jim Thorpe dwells. He dwells atop Mount Olympus with the great Olympic champions and the Olympic gods and Zeus. The impact he had constantly was not like a hero, but as a god.”

Thorpe’s accomplishments include careers in Major League Baseball and the National Football League, where he became its first president in 1922.

It was Thorpe’s Olympics success that earned the world’s attention. In 1912, the man born in Indian Territory now known as Oklahoma won gold medals for the decathlon and the pentathlon.

But it was his participation with minor league baseball that caused the International Olympic Committee to strip Thorpe of his Olympic medals.

In 1982, the IOC returned replica gold medals to the Thorpe family and designated him co-champion in official records. He shared winner status with Sweden’s Hugo Wieslander (decathlon) and Norway’s Ferdinand Bie (pentathlon).

Nedra Darling is a co-founder of Bright Path Strong, an organization that has spent years trying to restore Thorpe as the sole winner of those 1912 gold medals.

A Central High School graduate who now lives in Alexandria, Virginia, she helped lead the campaign to gather over 75,000 signatures on an online petition. The support was overwhelming from entities ranging from the National Congress of American Indians to the Pro Football Hall of Fame.

Her parents, Marcel and Cherie Darling were friends and next-door neighbors with Thorpe in the 1930’s when they lived in Los Angeles which helped give Nedra Darling even more initiative to help the movement.

“We wanted Jim Thorpe’s records to be righted,” Darling said. “He’d been wronged by the IOC and we wanted them to returned to their official Olympic gold status .”

When Thorpe’s news hit, it drew worldwide attention. Darling hopes it also touches this current generation of Native American athletes who may not know his story.

“As I’ve learned more about Jim Thorpe and the way he was, he was such an amazing man. He was humble yet very kind, and a strategic athlete,” Darling said.

“I hope that with what he has given us in his strength and now being reinstituted with his official Olympic wins, we can share his story with the young people so they know he was this great American athlete.

“We knew that in Oklahoma. We never thought he wasn’t in Indian Country. But now he’s truly an iconic gold-medal winning Olympian.”

Reba McEntire comes home for grand opening for Reba's Place: 'I just wish Mama and Daddy were here to see it"

A mix of sleet and snowfall is expected through midday.

For about two hours, a bipartisan group of lawmakers peppered State Superintendent Ryan Walters with questions about his $3.51 billion educati…

Paleontologists accidentally discover the first brain ever known to have evolved

Paleontologists accidentally discover the first brain ever known to have evolved

Jim Thorpe in his Olympic broadjump.