'I'm really out': Woman's 42-year sentence commuted for drug crimes that would be misdemeanors under today's law
0 comments
Share this
{{featured_button_text}}
1 of 2 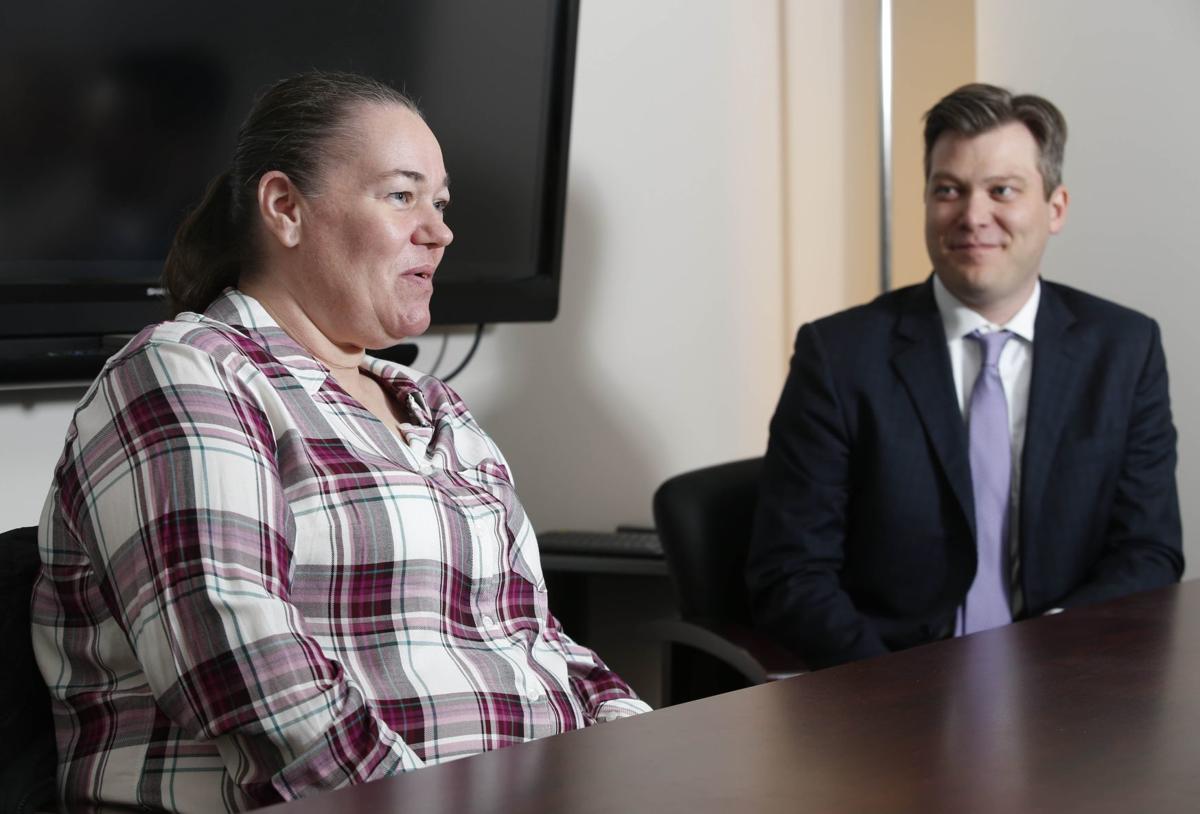 Pamela Belk, who was released after Project Commutation helped bring an end to her prison sentence, sits with Tulsa County Public Defender Corbin Brewster in his office in Tulsa, Okla., on Thursday, December 6, 2018. MATT BARNARD/Tulsa World 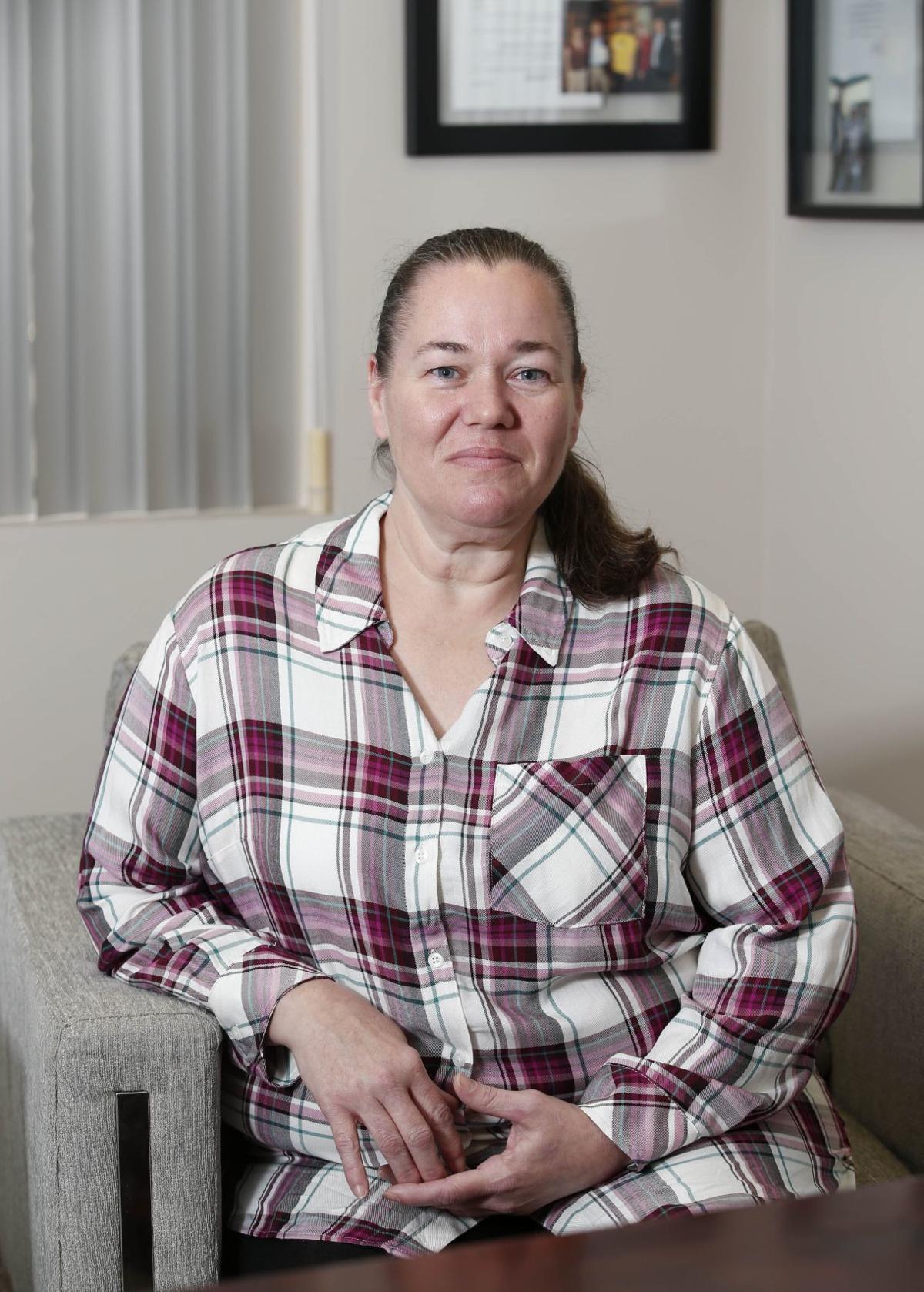 Correction: An incorrect number of the commutations signed Wednesday by Gov. Fallin was provided for this story, which has since been corrected.

A hot shower without shoes. A pillow. A light switch. Assortments of cheap bubble gum.

These were the simple pleasures Pam Belk enjoyed in the first 24 hours after she was granted early release from prison as part of Project Commutation. Her gray prison garb and flip flops were dumped unceremoniously in a motel trash can.

Belk’s 13-year-old daughter still wasn’t sure she believed that her mother would be taking a bus to meet her soon, going to church to pray about it. That feeling is understandable, given her 44-year-old mother was saddled with a 42-year prison sentence and had served only 34 months so far. The controlling convictions were simple drug possession, which now are misdemeanors that don’t require prison time, thanks to State Question 780.

Gov. Mary Fallin, who signed off on Belk’s commuted Delaware County sentence, snagged a phone from Belk’s case workers to convey the good news to Belk herself Wednesday.

“That was unreal,” Belk said Thursday from the Tulsa County Public Defender’s Office. “I made her repeat herself because I didn’t believe my own ear.”

Belk helped earn her shot at redemption through the tenacity she demonstrated while imprisoned to overcome her struggles with methamphetamine and improve herself.

She was told her sentence was so long that she had to be placed on a waiting list to enroll in classes to obtain her GED. Those with much shorter sentences were allowed the opportunity first.

But Belk refused to accept a spot in the back of the line. She showed up for class two consecutive weeks until she was given the books and allowed to join. She graduated after two months.

“That was my goal when I got that prison sentence: I’m getting my GED,” Belk said. “I’m gonna do things to better myself while I’m here, whether I ever get out or not. I’m gonna do something and make this time worthwhile.”

Project Commutation is a coalition of Oklahomans for Criminal Justice Reform, the Tulsa County Public Defender’s Office, University of Tulsa law students and social service agencies. The governor on Wednesday commuted the sentences of 21 low-level offenders to time served.

Another nine prisoners are on the docket this month in a bid for similar commutations through the project. The coalition identified offenders who were model prisoners with controlling crimes that were simple drug possession.

Chief Tulsa County Public Defender Corbin Brewster thinks the perseverance Belk demonstrated to achieve her GED will be a key component to her success as a free woman.

“When we met with her, she had just a genuinely sincere and hopeful spirit,” Brewster said. “She had a sterling record at Department of Corrections.”

Belk’s conversation with the Tulsa World took place 20 minutes after the Project Commutation coalition had helped her obtain a driver’s license. She was an hour away from a bus ride to Kansas City to re-unite with her husband and youngest daughter.

“It’s coming to real life,” Belk said. “It’s not like a bad dream. I’m going to wake up from a good dream now. I realize now I’m really out of prison.”

She intends to regularly attend Narcotics Anonymous meetings. She hopes to get a job at a soft drink bottling company. She has a list of other social services that can help her, along with access to the Project Commutation coalition for assistance.

Belk says she has been drug-free for three years, able to avoid meth use in prison because of photographs of her 13-year-old and 22-year-old daughters posted in her cell. She couldn’t touch her daughters, and her only communication was through letters maybe twice a month.

She wants to walk her youngest daughter to school each day as a productive member of society. Prison life woke her up, and not just the cold showers with footwear.

“It hit me pretty hard,” Belk said. “That’s when I decided it wasn’t worth it. It took me away from my kids.”

Pamela Belk, who was released after Project Commutation helped bring an end to her prison sentence, sits with Tulsa County Public Defender Corbin Brewster in his office in Tulsa, Okla., on Thursday, December 6, 2018. MATT BARNARD/Tulsa World