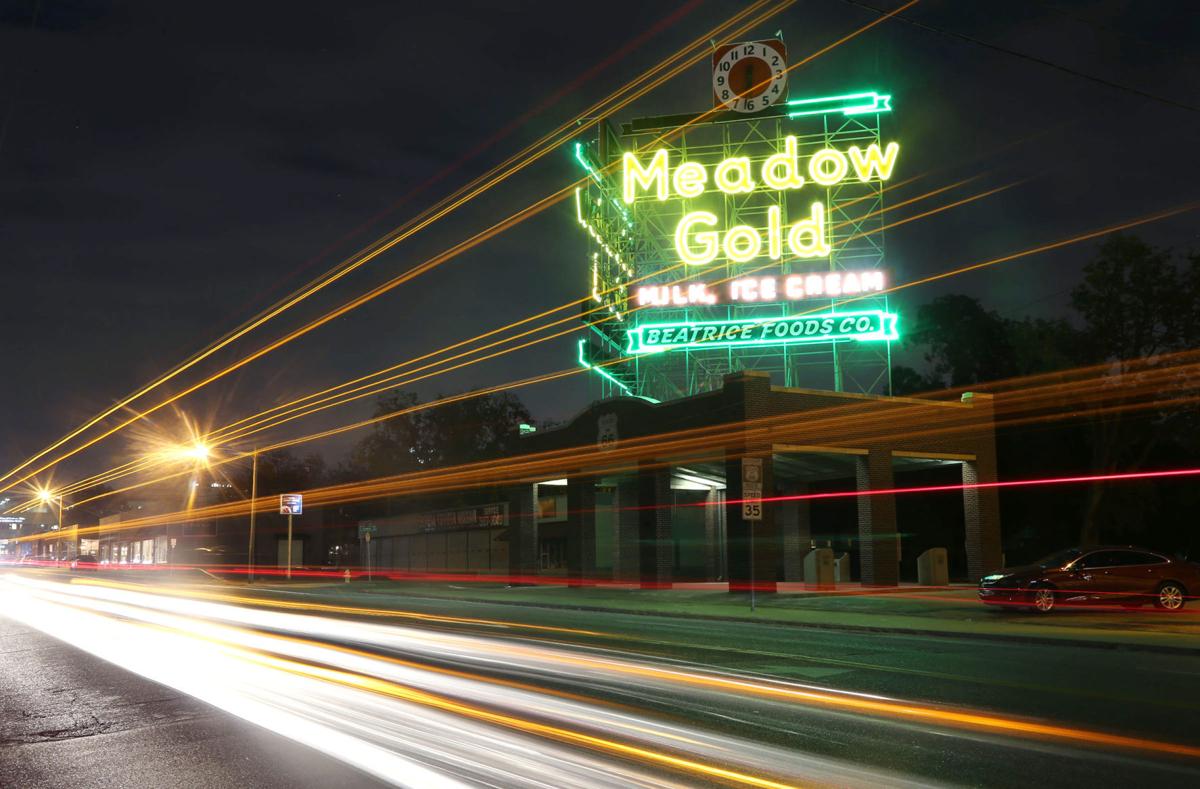 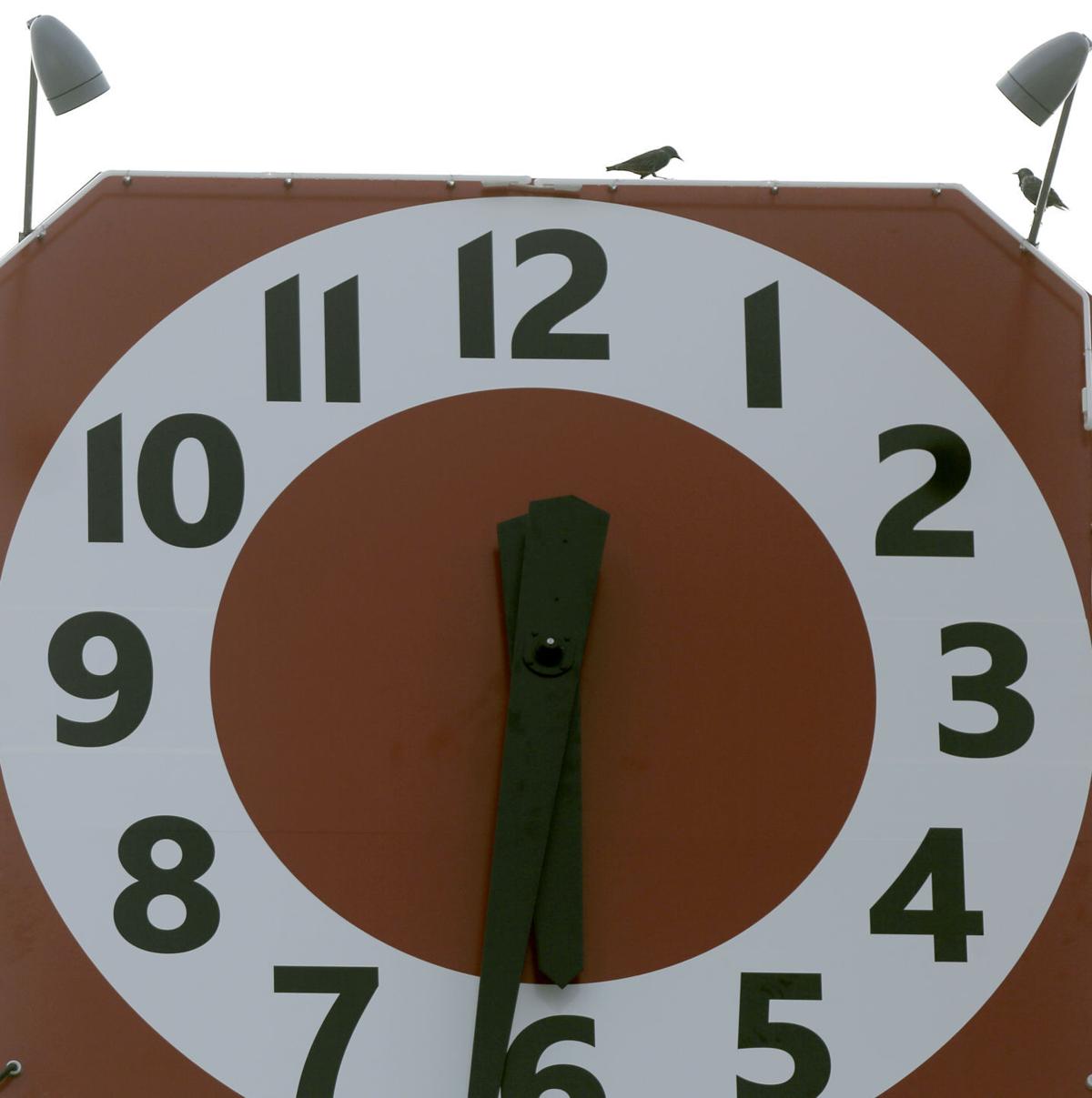 Clocks have been added to the top of the Meadow Gold sign on 11th Street, just east of Peoria Avenue. JOHN CLANTON/Tulsa World

Clocks have been added to the top of the Meadow Gold sign on 11th Street, just east of Peoria Avenue. JOHN CLANTON/Tulsa World

Eight years ago, when Tulsa saved Route 66’s landmark Meadow Gold sign from demolition by moving it a mile from its original location, officials promised to eventually replace two lost clocks that had been part of the design back in the glory days of the Mother Road.

Workers put the final touches on the installation Friday, with two brand-new clocks made to look exactly like the old ones, albeit with modern electronics inside.

The city paid $49,000 for the project, with the money coming from the Vision 2025 tax package, which included funding for historic preservation projects in the area, officials said.

“Route 66 travelers want a fun roadside experience, and they want authenticity,” said Amanda DeCort, executive director of the Tulsa Foundation for Architecture and a member of the mayor’s new Route 66 Commission to develop tourism.

“They don’t want a marker telling them what used to be there — they want to see what is actually there” DeCort said.

Like the double-faced sign itself, one clock looks west and the other east along 11th Street east of downtown, giving drivers a clear view no matter which direction they’re coming from.

Nobody knows exactly when the original clocks went missing, but they apparently vanished in the late 1970s. And the new ones had be meticulously designed based on historic photographs.

“The sign now looks the way it was intended to all along,” DeCort said.

Made from two 20-by-40-foot panels, the neon Meadow Gold sign originally stood on a rooftop at 11th Street and Lewis Avenue, but it went into storage to avoid the wrecking ball when the building beneath it was torn down in 2004.

Four years later, the Foundation for Architecture helped build a new platform for the sign at 11th Street and Quaker Avenue, where it has once again become a poplar tourist stop.

“It will be noted that the clocks are not original, so nobody is deceived,” said Dennis Whitaker, a city planner and Tulsa’s resident Route 66 expert. “But if you can restore a historic landmark to its original look, that’s what you want to do.”