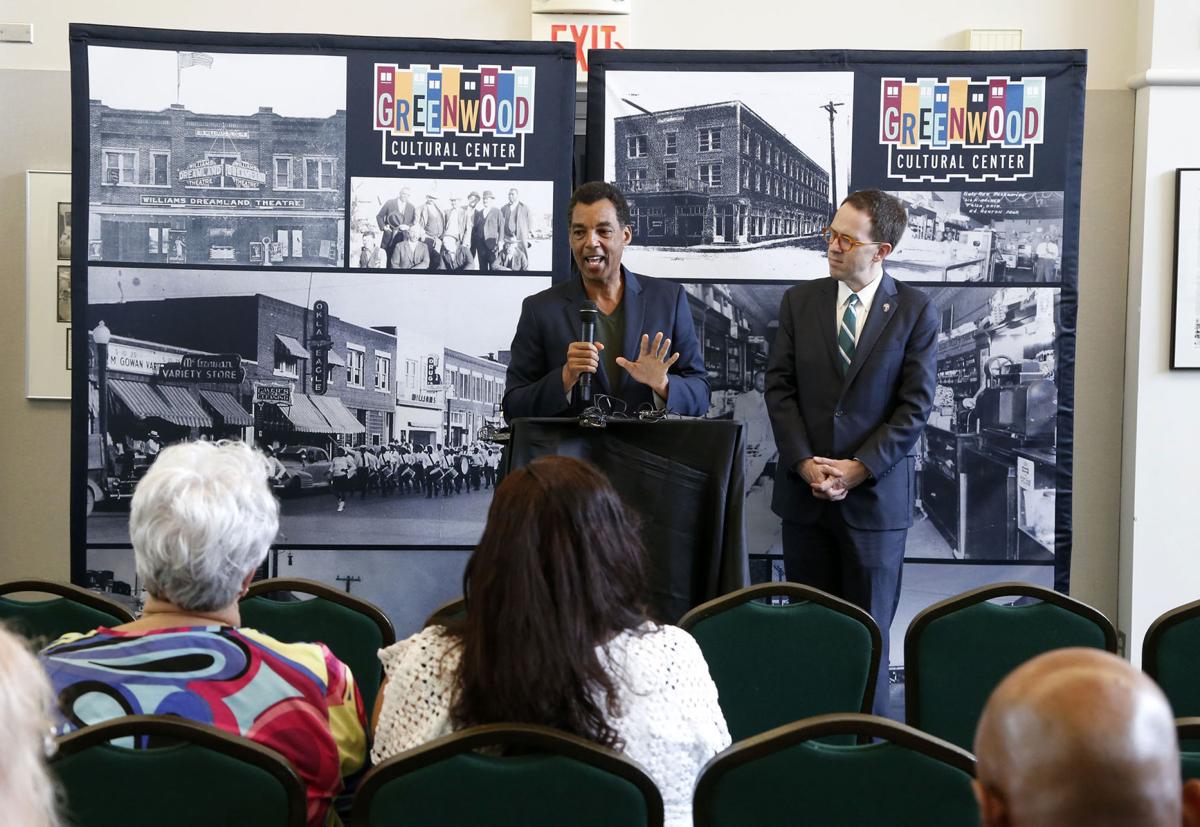 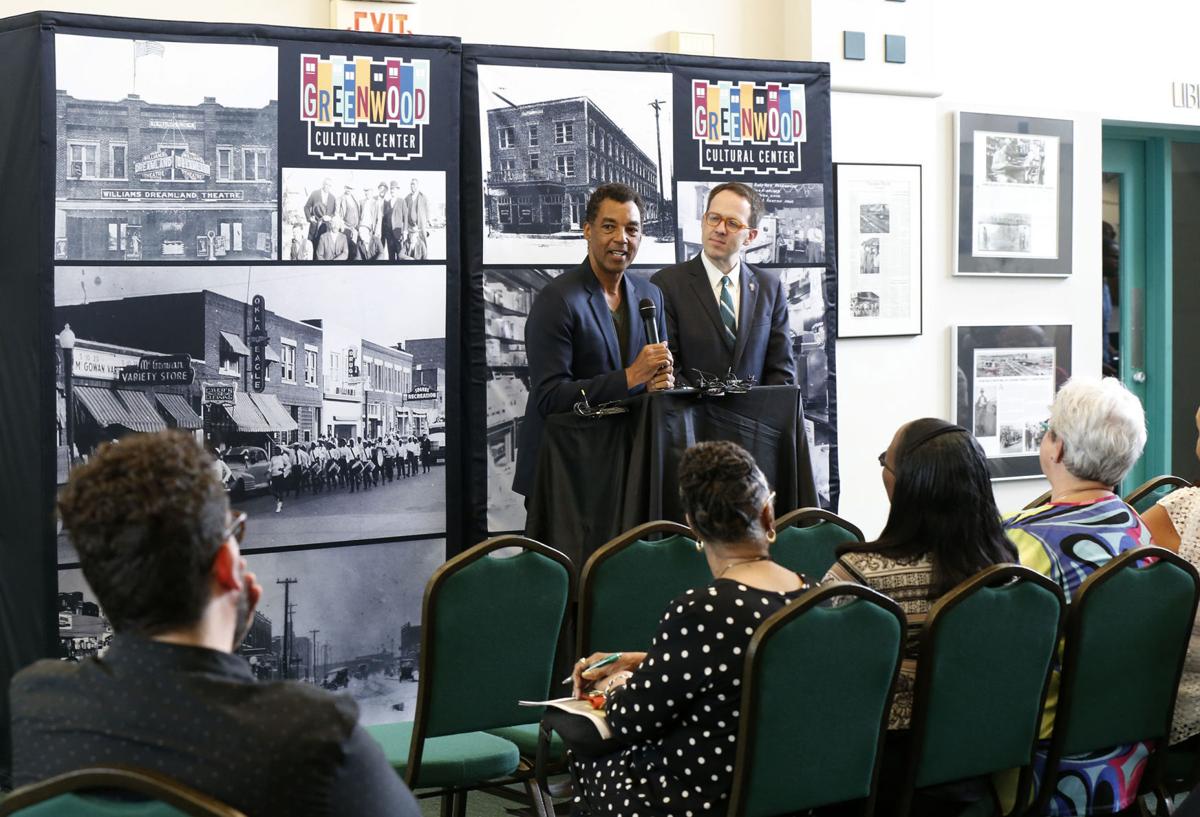 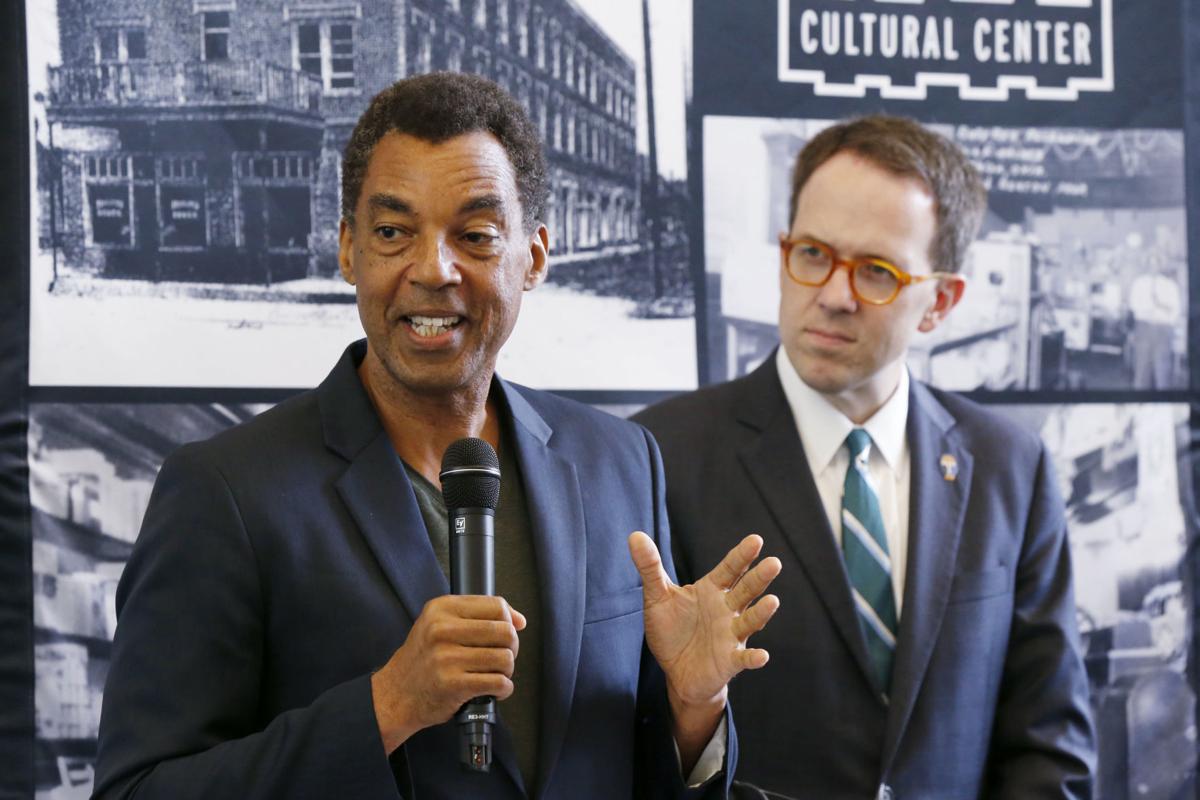 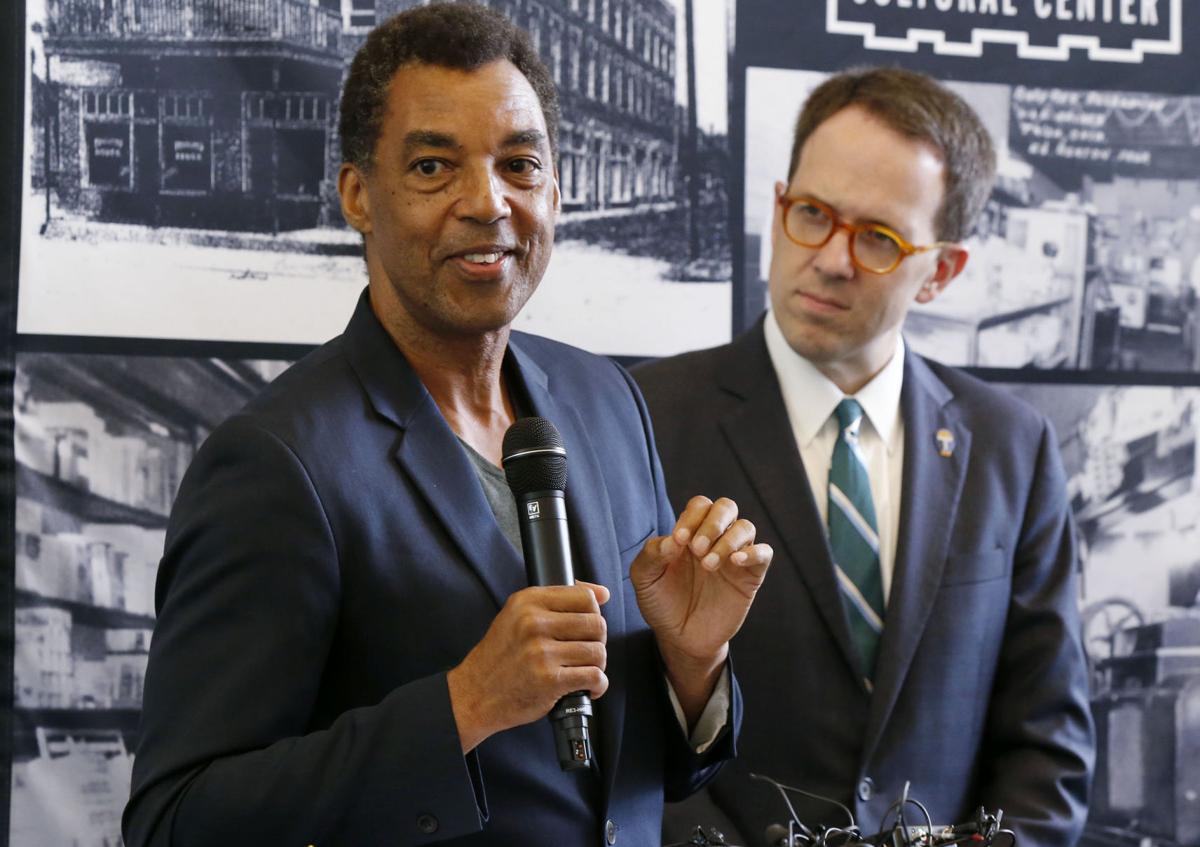 Artist Rick Lowe and Tulsa Mayor GT Bynum announce the call for artists to submit their proposals for public artworks at the Greenwood Cultural Center in August 2019. STEPHEN PINGRY/Tulsa World

Artist Rick Lowe and Tulsa Mayor GT Bynum announce the call for artists to submit their proposals for public artworks at the Greenwood Cultural Center in August 2019. STEPHEN PINGRY/Tulsa World

Rick Lowe wants to know what the locals have to say about the life and times of Tulsa’s historic Greenwood District.

Lowe, an acclaimed artist and MacArthur “Genius” Grant recipient, was in Tulsa Thursday to announce with Mayor G.T. Bynum that the Greenwood Art Project, a public art initiative funded by a $1 million Public Art Challenge grant from Bloomberg Philanthropies, is issuing an official call for artists.

Tulsa was one of 14 cities chosen from more than 200 that applied for the 2019 Public Art Challenge.

Bynum said the project, which will consist of temporary art installations that will focus on themes of Greenwood’s history — from its legacy as the “Black Wall Street” to the horrors of the 1921 Tulsa Race Massacre — is sure to draw national and international attention.

However, Lowe, who has been working as a consultant on the endeavor, said that doesn’t mean the project must bring in artists from outside Tulsa and Oklahoma.

“I think it’s important that Tulsa and Oklahoma artists have the opportunity to give voice to this project first,” Lowe said. “Then we can bring in others if we wish. But we need to focus on the local voices, the authentic voices.

“The story of Greenwood is itself a national, an international story,” he said. “The local is often the universal.”

Artists will have until Nov. 1 to submit proposals for the Greenwood Art Project. Applications and complete information regarding submissions can be found at greenwoodartproject.org.

Lowe will also facilitate four workshops to help interested participants get a better understanding of what the Greenwood Art Project hopes to accomplish. The workshops are scheduled for Sept. 20-21 and Oct. 10-11, at locations that will be announced at a later date.

Submissions will be assessed by a panel of arts professionals and city representatives, with the final selections made by April 2020. Work on the projects should begin in May 2020.

“We’re looking for creativity from unexpected places,” Lowe said. “People think of public art and think it has to be a mural, or it has to be a sculpture. But that’s not the case.”

Lowe is best known for Project Row Houses, which transforms blocks of abandoned houses in a Houston neighborhood into a center for community and art.

He spoke of a theater project in Houston, in which a performer enacted scenes from the Camp Logan Riots along the four-mile stretch of land where the rioting took place in 1917.

The Greenwood Art Project, he said, might do something similar, such as a play whose scenes would be presented one month at a time, with the final scene presented in conjunction with the Tulsa Race Massacre’s 100th anniversary.

“And there may be people with real, authentic stories that need to get out, but they may not have the ability to tell those stories well,” Lowe said. “We can pair them up with someone who has the talent to tell stories, but may not have that direct connection. We’re not excluding any ideas.”

Lowe said that, depending the number of submissions, he hopes to have as many as 20 to 30 different installations, performances and other public art works making up the Greenwood Art Project.