Watch Now: Construction executive Bob Jack makes his case for serving on city board
Share this
{{featured_button_text}}
1 of 3 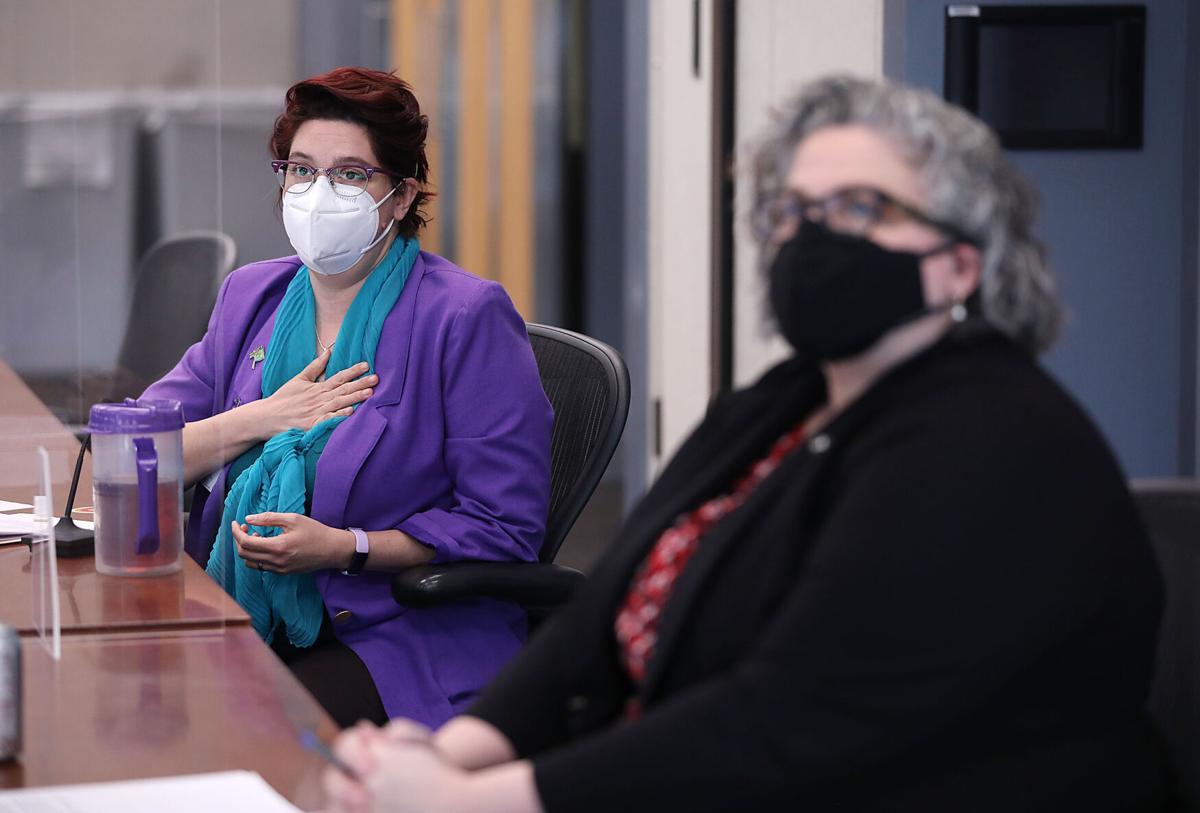 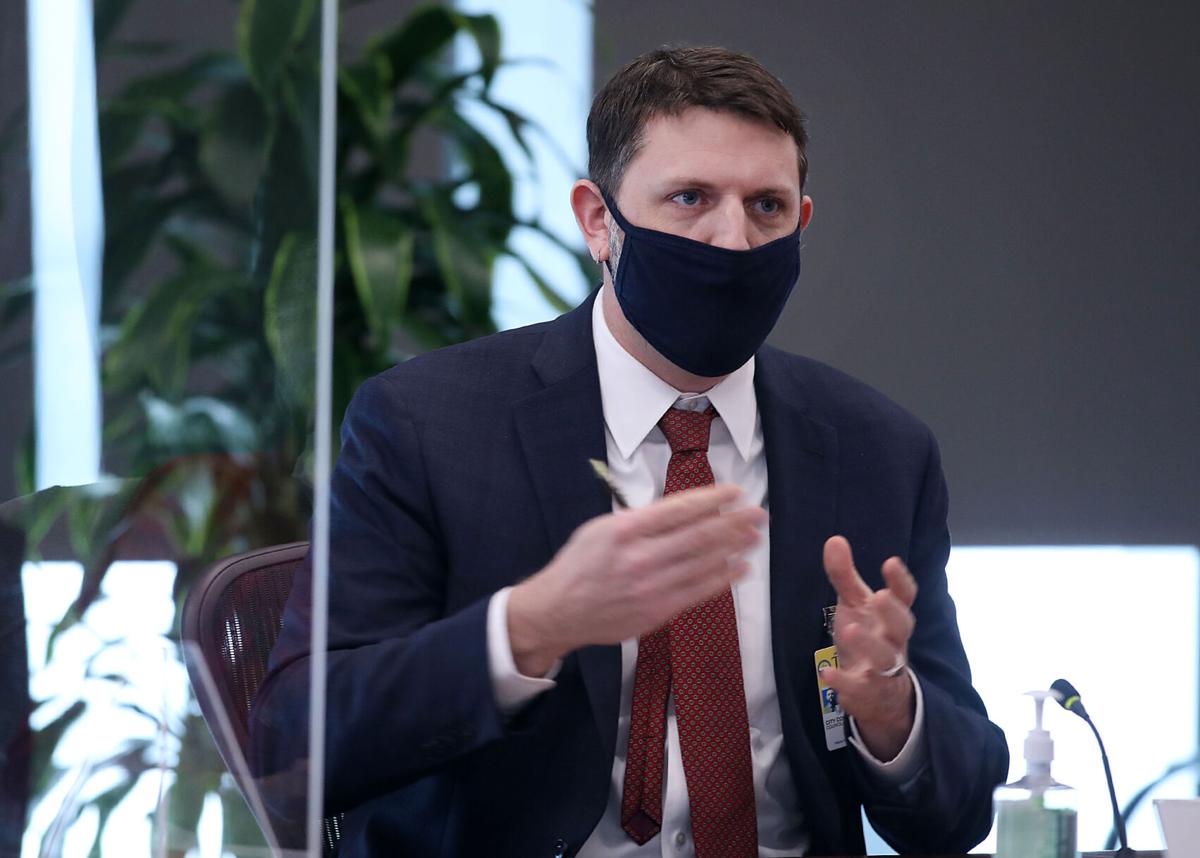 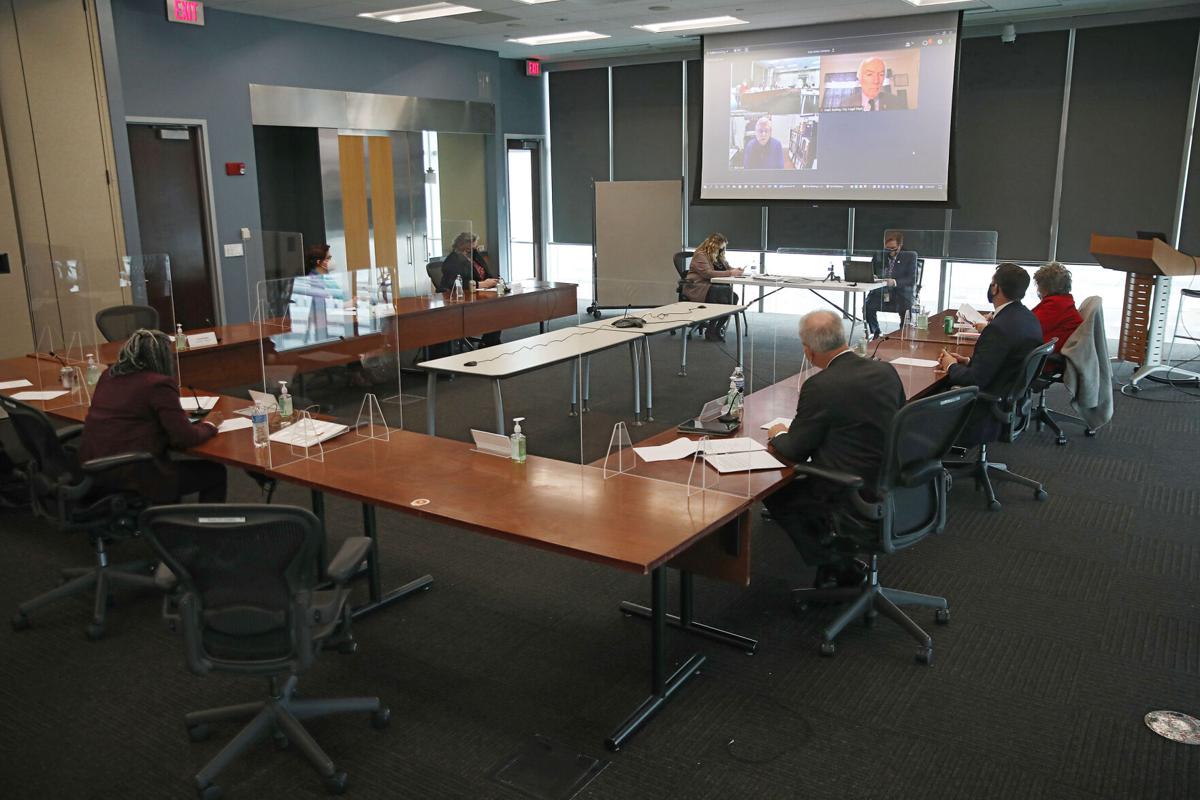 Tulsa city councilors discuss Bob Jack's nomination to the Infrastructure Development Advisory Board during a City Council committee meeting on Wednesday. The councilors are socially distanced at City Hall because of the COVID-19 pandemic, and Jack met with them virtually.

Longtime construction executive Bob Jack has no intention of removing himself from consideration for a volunteer city board for which he was nominated by Mayor G.T. Bynum, he said Wednesday.

Not only does he have the professional credentials to serve on the Infrastructure Development Advisory Board, Jack said, but he has the fortitude to stick it out when the going gets tough.

And for a month or so, the going has been tough for Jack. The City Council pulled his nomination in January, after some councilors expressed concern about remarks he had made regarding COVID-19 regulations and north Tulsans and about his role in organizing a “Protect the Vote” rally after the presidential election.

Councilor Kara Joy McKee has been the primary voice of opposition to Jack’s nomination, and that did not change Wednesday.

But first she made clear that her opposition to Jack’s nomination had nothing to do with politics, saying, “I for one don’t have any objection to you being on this advisory board or any other ABCs (authorities, boards, commissions) based on your politics.”

McKee said her reservations about Jack’s nomination stem from what she described as insulting remarks he has made about a wide array of Tulsans and his insinuation that the Tulsa Health Department has made health recommendations based on partisan politics.

McKee did not provide examples for all of her assertions but did refer generally to newspaper and radio reports, as well as to statements she said Jack made at public forums.

“People in Tulsa do not trust you, and that really makes this hard for me, because though we can put politics aside, putting aside the fact that you have implied that all north Tulsans are dead-beat dads and welfare moms — it’s in the newspaper, and it’s really hard to put that aside,” McKee said. “Those things really trouble me.”

In a Sunday Tulsa World article, McKee said she was bothered by remarks Jack made about north Tulsans in a 2020 Tulsa World story, and she also pointed to a KWGS radio report in which Jack — in his role as Tulsa County Republican Party chairman — hosted an indoor presidential election watch party where attendees were not required to wear masks.

Jack defended his position on masks, saying it was no different from Gov. Kevin Stitt’s or the communities that are not requiring its residents to wear masks.

“I personally wear a mask. I have gotten the COVID shots. … It is a real thing within my family,” Jack said. “All I have told people repeatedly — repeatedly — is that they need to take personal responsibility when it comes to wearing masks. And I think at the end of the day, that is the solution.”

Jack said he was unaware of many of the allegations made by McKee and insisted that if he has made inappropriate remarks, he wants to know about them and to take corrective action.

“I would like to know what they were. I would love to sit down with some people, go through that,” he said.

Councilor Jayme Fowler said he found some of the remarks attributed to Jack disappointing but added that he believes his heart “is in a good place.”

“I don’t know if those were the best choice of words, but you know what? This city is about diversity; it’s about giving back,” Fowler said. “I think Mr. Jack would be a good appointee.”

The Infrastructure Development Advisory Board has no authority to establish policies or create ordinances. The 11-member body provides advice to the director of the Public Works Department regarding standards, codes and regulations related to commercial development.

McKee said she doesn’t believe that Jack would insert politics into his work on the board, but she added that bias plays a role in all aspects of life, including how cities implement infrastructure plans.

“I want to make sure that our citizens feel safe, that when we are talking about infrastructure — the way we build our roads, our pipes, …” McKee said.

“There are parts of Tulsa that are developed very differently than others, and if you don’t think there was bias involved in those development decisions, there is a lot of history that we could share to talk about the bias that went into the infrastructure design and development.”

Jack, who repeatedly assured councilors that his sole interest in being on the board was to serve the city he loves, told them he is not the person he has been portrayed to be during the nomination process.

“I am really sensitive to people and their issues, and to come and say that I have some heart much different than that is just not right,” he said. “That is not where I am. I am a born-again Christian. I believe we need to treat everyone as a child of God. And that’s kind of where I am at, and that is the life I live.”

The City Council is scheduled to vote on Jack’s nomination Feb. 24.

Texas hero honored after tending to injured in massive pileup

Texas hero honored after tending to injured in massive pileup

Some councilors questioned Jack's fitness for office because of his previous statements and actions.

Getting imaginative about the budget: Tulsa mayor, councilors lay out priorities

The POD would be administered in partnership with the federal government and provide at least 6,000 shots a day.

State Health Department officials say they have been informed that the federal government is not supplying additional vaccines for the clinics.

No one question's Bob Jack's professional qualification. It's his statements and actions related to the presidential election, COVID-19 and other issues that have councilors taking a close look at his nomination.

The Tulsa Development Authority on Monday authorized releasing up to $987,363 from a tax increment financing district to help fund constructio…

Moore has been named president and CEO of the Trinity Park Conservancy.

Tulsa city councilors discuss Bob Jack's nomination to the Infrastructure Development Advisory Board during a City Council committee meeting on Wednesday. The councilors are socially distanced at City Hall because of the COVID-19 pandemic, and Jack met with them virtually.