Mayor talks heroes, hardship and the 'outrage industrial complex' in State of the City address
0 Comments
Share this
{{featured_button_text}}
1 of 3 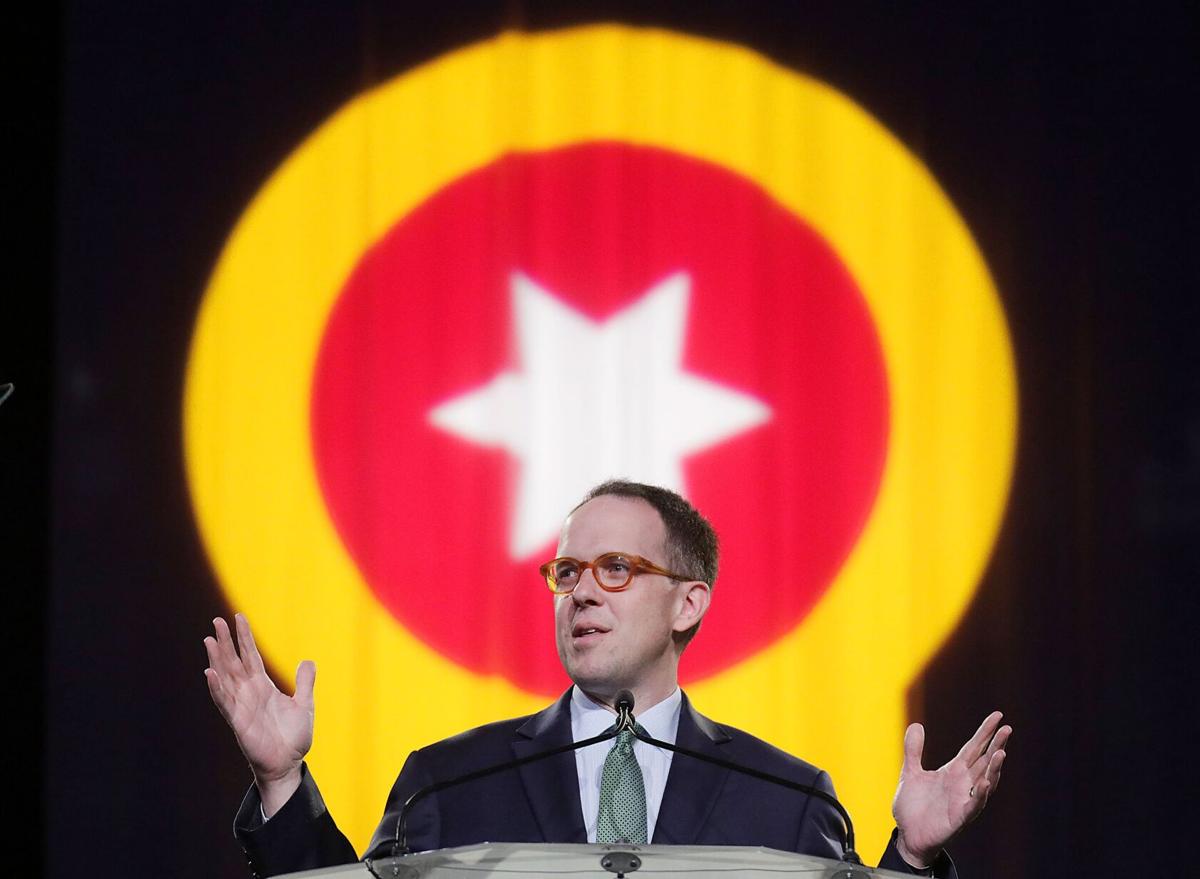 Mayor G.T. Bynum delivers his State of the City address to the Tulsa Regional Chamber on Thursday inside the new ballroom at the Cox Business Convention Center. 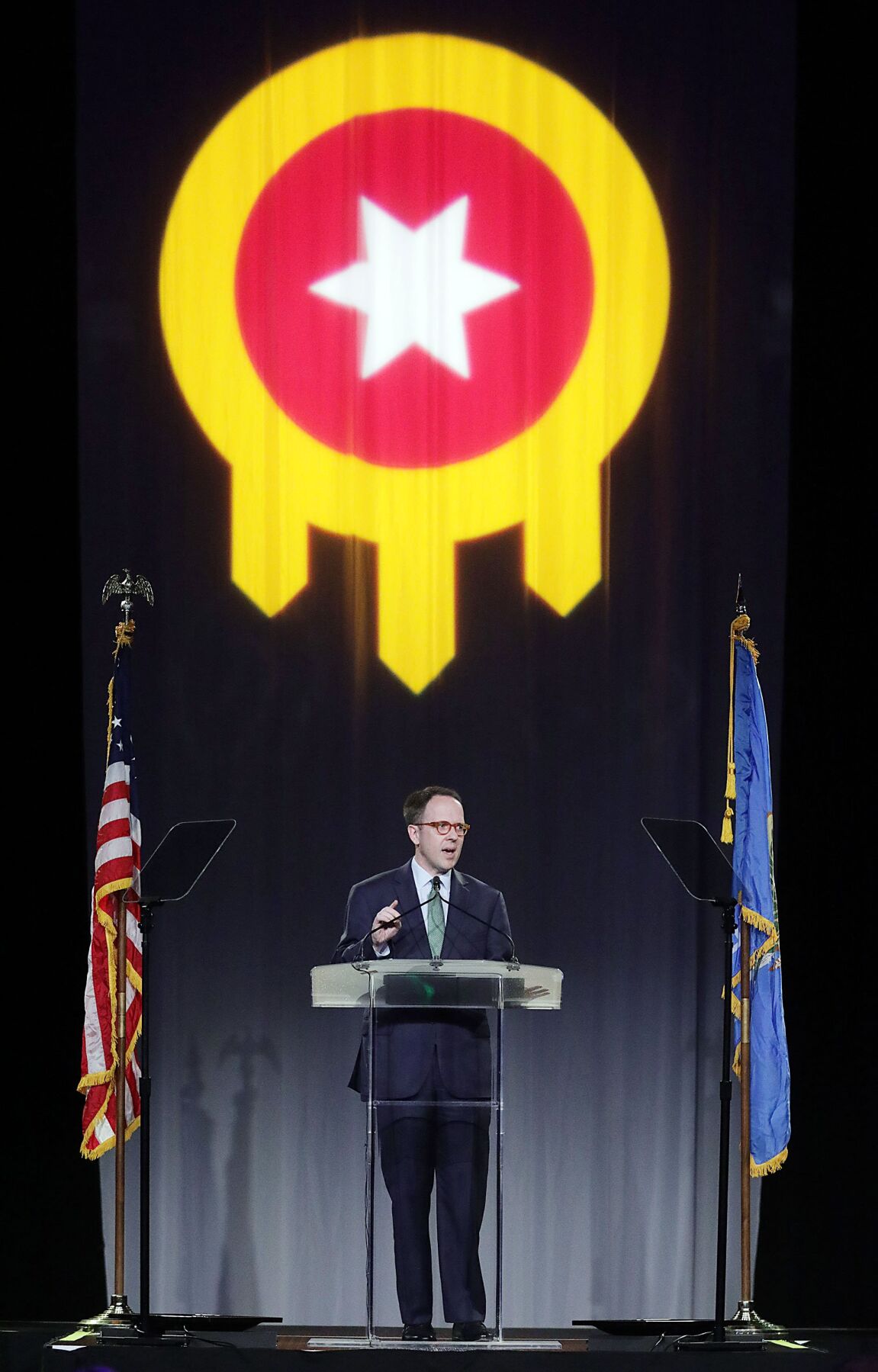 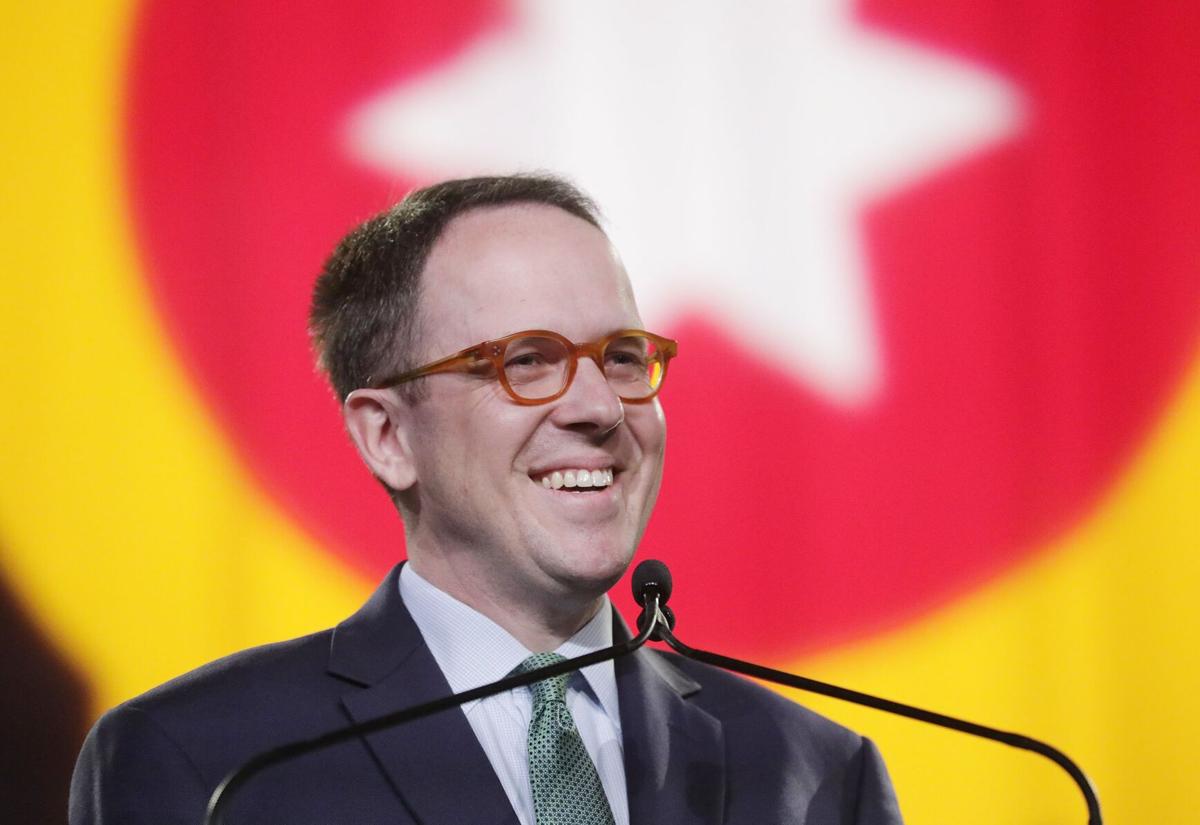 Mayor G.T. Bynum smiles as he delivers his upbeat State of the City address at the Tulsa Regional Chamber luncheon on Thursday.

Mayor G.T. Bynum used his first in-person State of the City address in two years Thursday to remind Tulsans of just how much progress the city has made in a period of unprecedented hardship.

“We have experienced a century’s share of calamity in just two years,” Bynum said. “In spite of crisis after crisis, Tulsa is experiencing the greatest moment of growth and transformation in my lifetime.”

Bynum listed those calamities one by one — the 2019 flood, a worldwide pandemic, civil unrest and the killing of an on-duty Tulsa police officer — but insisted that the community “has not been distracted or discouraged.”

“The cranes are in the air; businesses are growing faster than they can find employees; exciting new attractions are opening; and Tulsa’s historic period of growth continues to roll forward,” he said. “There has never been, at least in my lifetime, a more exciting time to serve our city.”

Bynum’s address inside the new ballroom at the Cox Business Convention Center was much like his previous State of the City speeches — upbeat and replete with a laundry list of accomplishments with a nod to a bright future.

He heaped praise on city employees and the community as a whole for working together to overcome the challenges of the past two years, and he singled out health care workers for their efforts to keep Tulsans safe.

“We are living through the greatest public health emergency in our city’s history, and these selfless heroes have guided our response every step of the way,” Bynum said. “All of this has come at a great personal toll for them that can never be properly compensated.”

The loudest applause of the day — a standing ovation, in fact — went to Tulsa Health Department Executive Director Bruce Dart, whom Bynum recognized for his leadership during the pandemic.

“Bruce Dart is the savior of an incalculable number of lives because of his tireless work, and I hope that one day our community can properly thank him,” Bynum said.

A few minutes of the mayor’s speech were dedicated to the U.S. Supreme Court’s 2020 ruling in McGirt v. Oklahoma, but Bynum made no direct mention of the city’s recent decision to file an amicus brief in support of the state’s effort to overturn or modify the decision.

Bynum has drawn heavy criticism from local tribal leaders for that action and for not consulting the tribes before doing so. He has maintained that it is the city’s obligation to ensure that the Supreme Court has all the information it needs to assess the impact the ruling has had on local law enforcement’s ability to do its job.

“Given the magnitude of that (McGirt) decision and the impact it has on the everyday lives of so many people, it should be no surprise that tempers have flared,” Bynum said.

The city does not have the luxury of attacking one party or another in the dispute because they are all partners of the city, Bynum said, and he considers the leaders of the Muscogee, Creek and Osage nations his friends.

“Leaders can have principled disagreements and still work together for the common good, and I hope that that will continue to be the case here,” he said.

Bynum, who was elected in 2016 and reelected in 2020, has always used his State of the City speeches to stress that one of the city’s greatest strengths is how residents — despite their differences — have come together to move the city forward.

On Thursday, he identified a potential threat to that unity of purpose: “social media algorithms designed to promote outrage rather than understanding.”

The relentless efforts by the “outrage industrial complex” to pit people against each other is something everyone has to reckon with daily, Bynum said.

“Thankfully, person by person, our city generally chooses the high road,” he said. “And this has created tremendous positive momentum that will benefit every person in our region for decades to come.

“What we are really trying to do in Tulsa is build a citadel against the toxic sources of division that have contaminated public life at so many other levels throughout our country.”

The county has allocated nearly $38 million of the $126.6 million it will receive in ARPA funds over the next two years, according to county records.

The project has drawn criticism from nearby residents concerned about people driving through their neighborhoods to avoid the construction. Riverside Drive and Lewis Avenue are alternate routes.

The proposal drew a strong response from the public at the time, but Wednesday it went away with no comment from councilors.

The third and final community meeting before developer selection will now be announced in mid-December to give the city and TAEO more time to ensure that developer plans meet standards.

Hotel to Housing failed to make good on promises to the homeless, former employees say

The former Housing Solutions employees say mismanagement led to a chaotic scene at the old Wyndham Hotel building, with only a fraction of those promised permanent housing receiving it.

“The criminality of this cannot be ignored. There will be charges." — State Auditor and Inspector Cindy Byrd on the past financial management of Epic Charter Schools by its co-founders. #oklaed

"While every other public safety element in the city of Tulsa has seen significant investment into its personnel, Tulsa firefighters have been intentionally disregarded," a union leader says.

Mayor G.T. Bynum delivers his State of the City address to the Tulsa Regional Chamber on Thursday inside the new ballroom at the Cox Business Convention Center.

Mayor G.T. Bynum smiles as he delivers his upbeat State of the City address at the Tulsa Regional Chamber luncheon on Thursday.