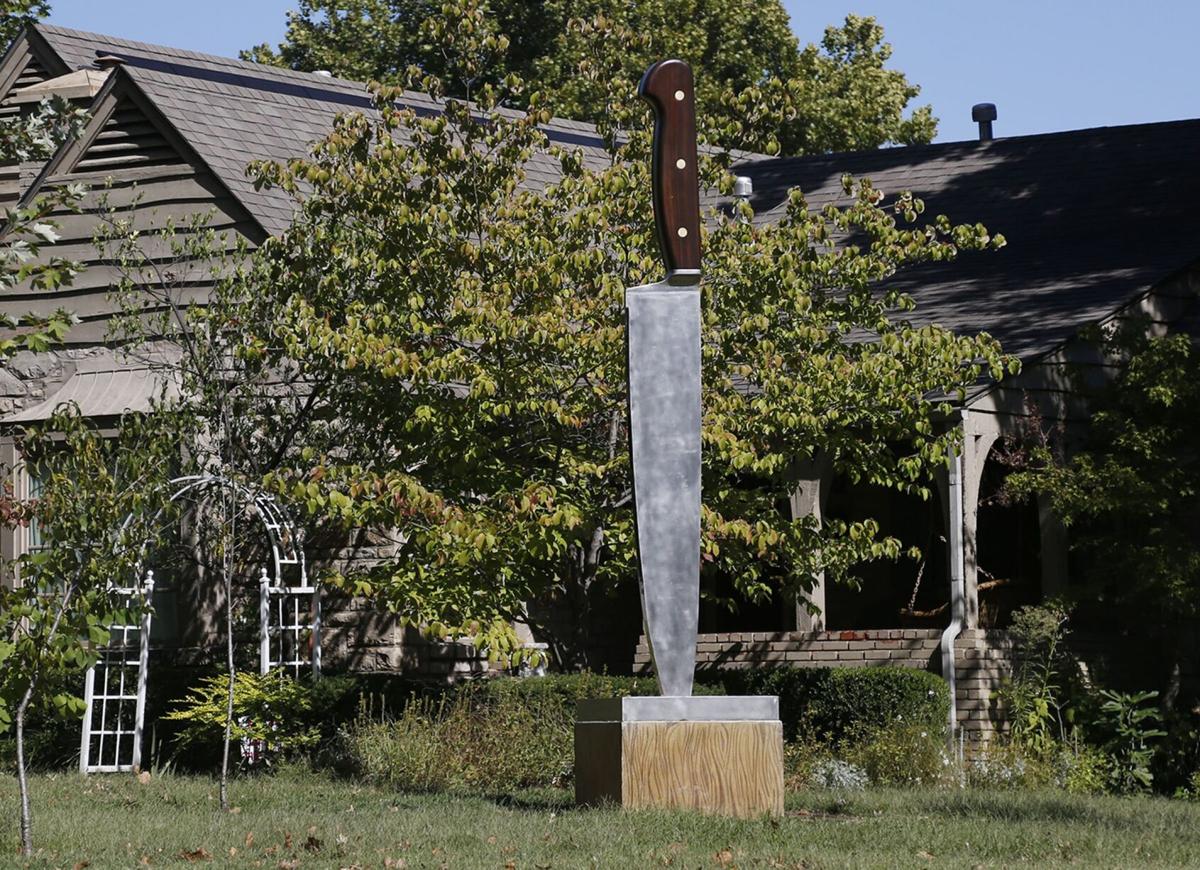 A huge chef’s knife stands in front of a home near 26th Street and Trenton Avenue. The city must determine whether it is a sign or a piece of art. 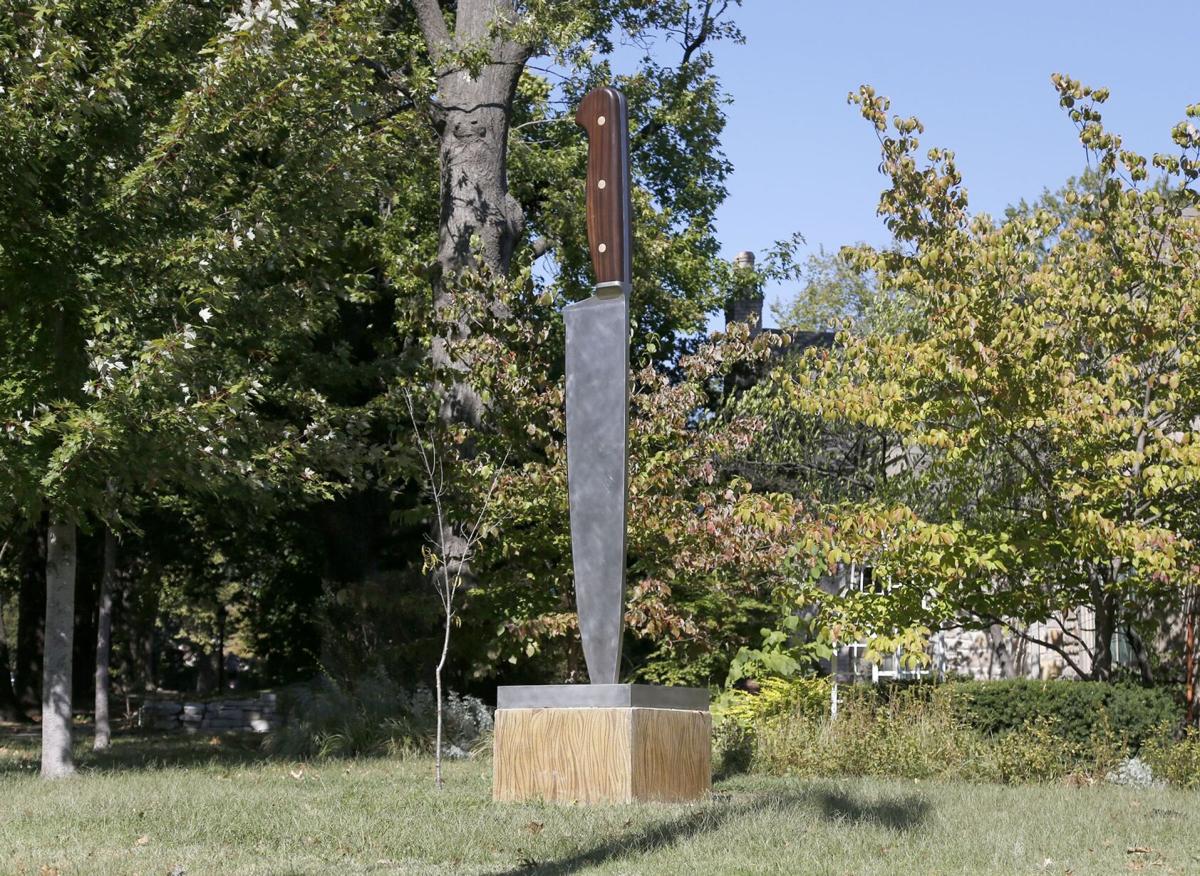 The knife sculpture in front of a home near 26th Street and Trenton Avenue has become a controversy in the Terwilleger Heights neighborhood.

Driving through the Terwilleger Heights neighborhood is always a joy. The homes almost never disappoint, and the dense canopy of trees that surround them helps create a sense that you’ve arrived at a place unlike any other in the city.

It gets even better this time of year: The trees are just beginning to pop with color, and the holiday decorations — starting with the ghosts, goblins and pumpkins of Halloween — are an ever-growing presence.

Then there’s the giant chef’s knife.

Haven’t seen it yet?

Well — thanks to a complaint from a neighborhood resident — the city has. And now Tim Inman, owner and chef at Stonehorse Cafe, finds himself in a bit of a tussle.

Inman recently received a notice from the city’s Working In Neighborhoods Department stating that the knife in his front yard — estimated by the city to be 20 to 30 feet tall — constitutes a sign for a consulting business Inman is alleged to operate out of his home.

According to the city, that’s problematic for two reasons: business signs are prohibited in residential districts, and structures — which the city contends the knife is — need to be permitted.

Inman declined to comment for this story. But he has appealed the city’s findings to the Board of Adjustment and is also asking the five-person board to rule on whether the chef’s knife constitutes a sign or a piece of art.

If the board determines it’s art, case closed; no permits required.

That would be fine with Logan Buckley, 17, who lives up the street from Inman.

“It’s kind of like having a Ferrari in your driveway,” Buckley said. “It’s cool. … It doesn’t cause any problems with anyone I know so far.”

Though Inman’s not speaking publicly about the squabble, it’s obvious that he believes the knife’s a piece of art. Or, as it is referred to in his appeal, “an art sculpture.”

If the appeal is successful, it’s safe to say the big knife will stay right where it is — with pumpkin- and turkey-carving time just around the corner.

A huge chef’s knife stands in front of a home near 26th Street and Trenton Avenue. The city must determine whether it is a sign or a piece of art.

The knife sculpture in front of a home near 26th Street and Trenton Avenue has become a controversy in the Terwilleger Heights neighborhood.