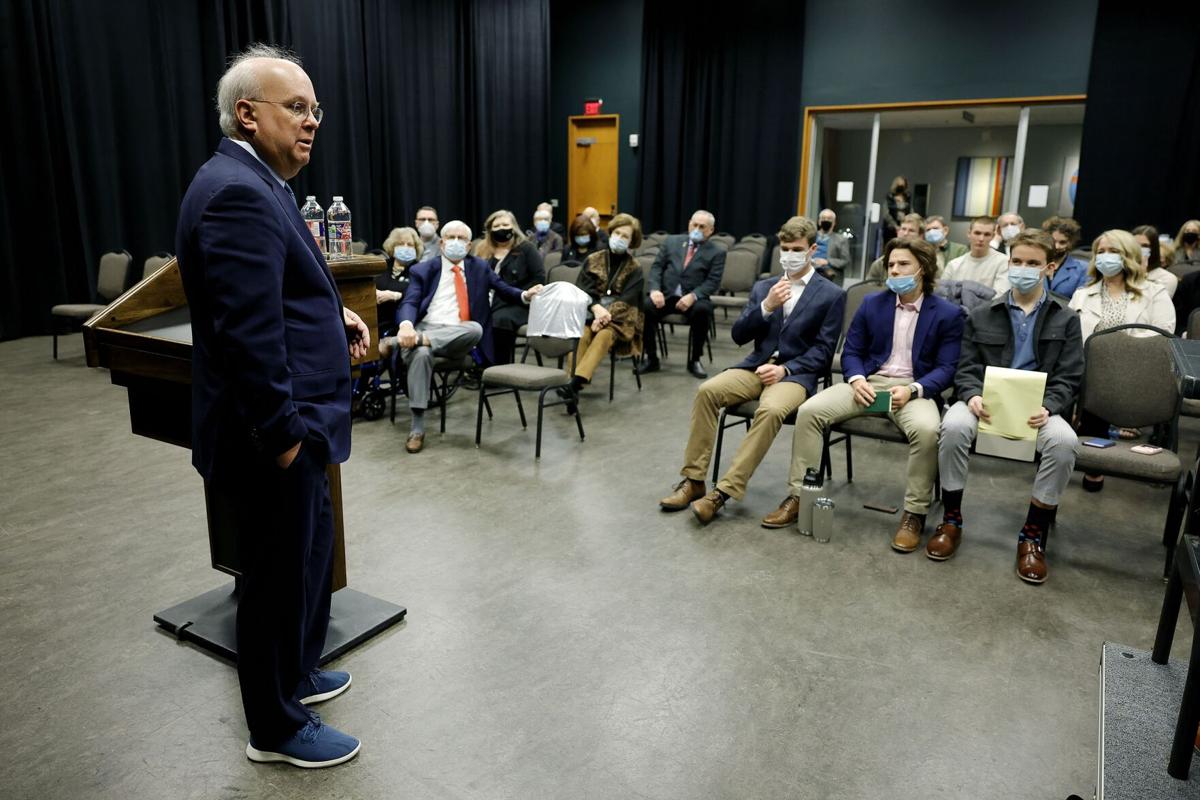 Former presidential adviser Karl Rove speaks to a group of students before giving his Tulsa Town Hall speech on Friday. 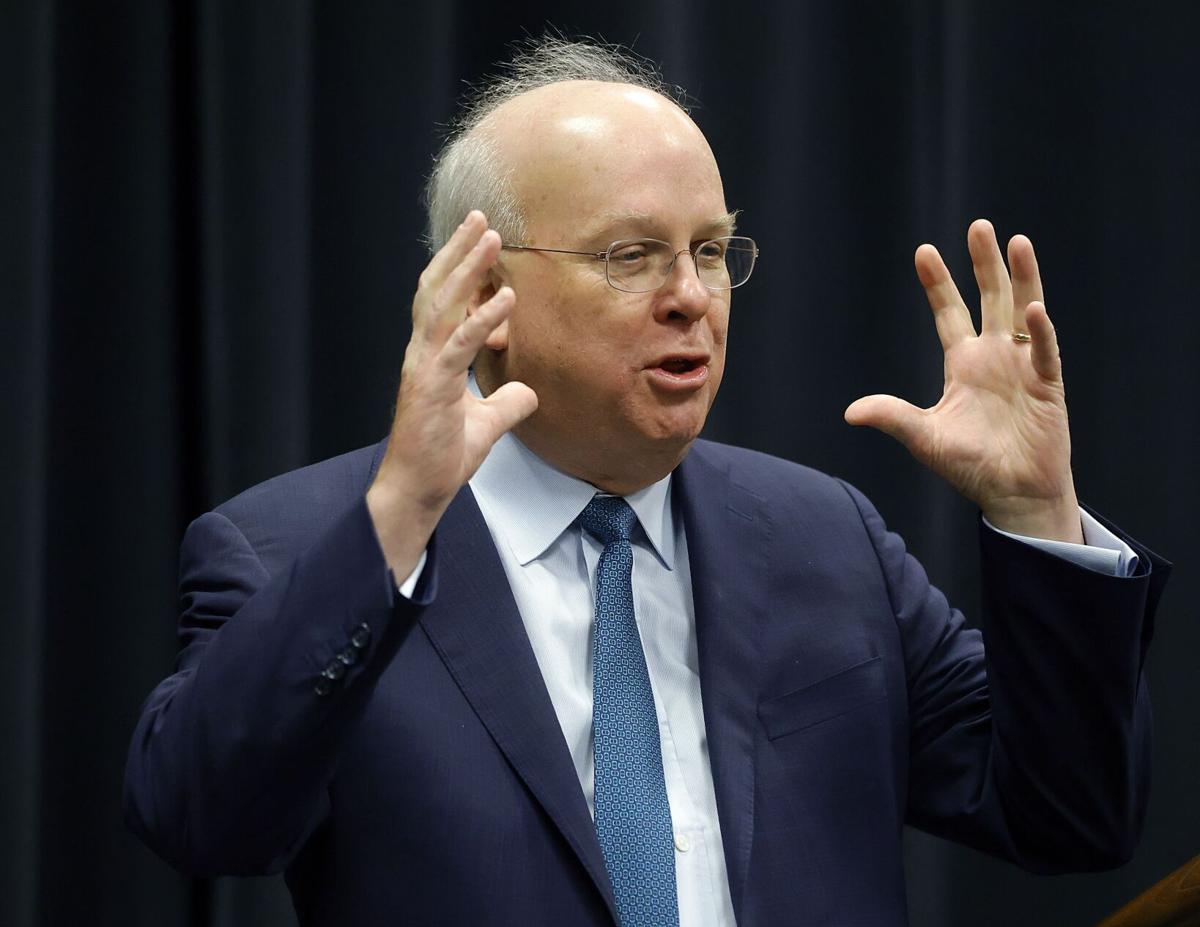 Former presidential adviser Karl Rove is upset about a lot of things, but he is also hopeful, he told a Tulsa Town Hall audience Friday morning.

“This, too, will pass, and it will pass because the common sense of the ordinary American will not allow it to continue,” Rove said at the end of his hour-long talk.

Rove attributed a lot of the bad stuff to Democrats and predicted broad Republican victories in this year’s mid-term elections.

This was no surprise. According to his biography, a 9-year-old Rove once took a beating from a female schoolmate over his allegiance to Richard Nixon. From high school on, he’s been involved in the election of numerous Republicans to various offices, including the presidency. For seven years, he was one of President George W. Bush’s closest aides.

But Rove’s observations were not from an entirely partisan angle. Speaking as someone who knows more than most about winning — and losing — elections, Rove said President Joe Biden and the Democrats are in trouble because of three serious and interrelated errors, he said: poor messaging, the party’s failure to unify, and over-promising change instead of delivering the “return to normal” that Rove says Biden promised.

Interestingly enough, Biden’s drooping approval ratings seem to be, at least in part, the result of people who, like Rove, think Biden and the Democrats are trying to do too much and people toward the other end of the spectrum who think Biden has not been ambitious enough — a dynamic that underscores the difficulty of being president of the United States, regardless of party.

During his formal presentation and a question-and-answer session with students, Rove peppered his sometimes partisan remarks with colorful anecdotes about such things as his first meetings with both future President Bushes and the one time he heard Condoleezza Rice drop an f-bomb.

He told about a 61-year-old orthopedic surgeon from Nevada whom Rove helped get an age waiver so he could serve as a combat medical officer in Iraq and Afghanistan. He talked about Gilded Age politics, when many members of Congress were Civil War veterans from both sides who “hated each other” so much that an old Confederate first offered to physically remove Speaker Tom Reed from the chair, then sat in the front row of the chamber running a knife across the sole of his boot the entire day.

“I don’t remember Nancy Pelosi doing that with a stiletto when she lost (the speakership) in 2011,” Rove said.

Video: Five things to do this weekend.

Reports that the alliance could be breaking ground on the project near Cyrus Avery Plaza later this year are premature because the city is still accepting requests for proposals from developers.

Attorney General John O'Connor says individual rights, a faith foundation, and capitalism and the free enterprise system are under attack.

City Councilor Vanessa Hall-Harper hopes to unveil the process in January. The City Council in June pledged to create a community-led process to explore the issue within six months.

2021's Most Memorable Stories: Sen. Lankford wrote the letter addressed to “My friends in North Tulsa” back in January. >> This story is free to read this week thanks to Bill Knight Automotive.

Former presidential adviser Karl Rove speaks to a group of students before giving his Tulsa Town Hall speech on Friday.