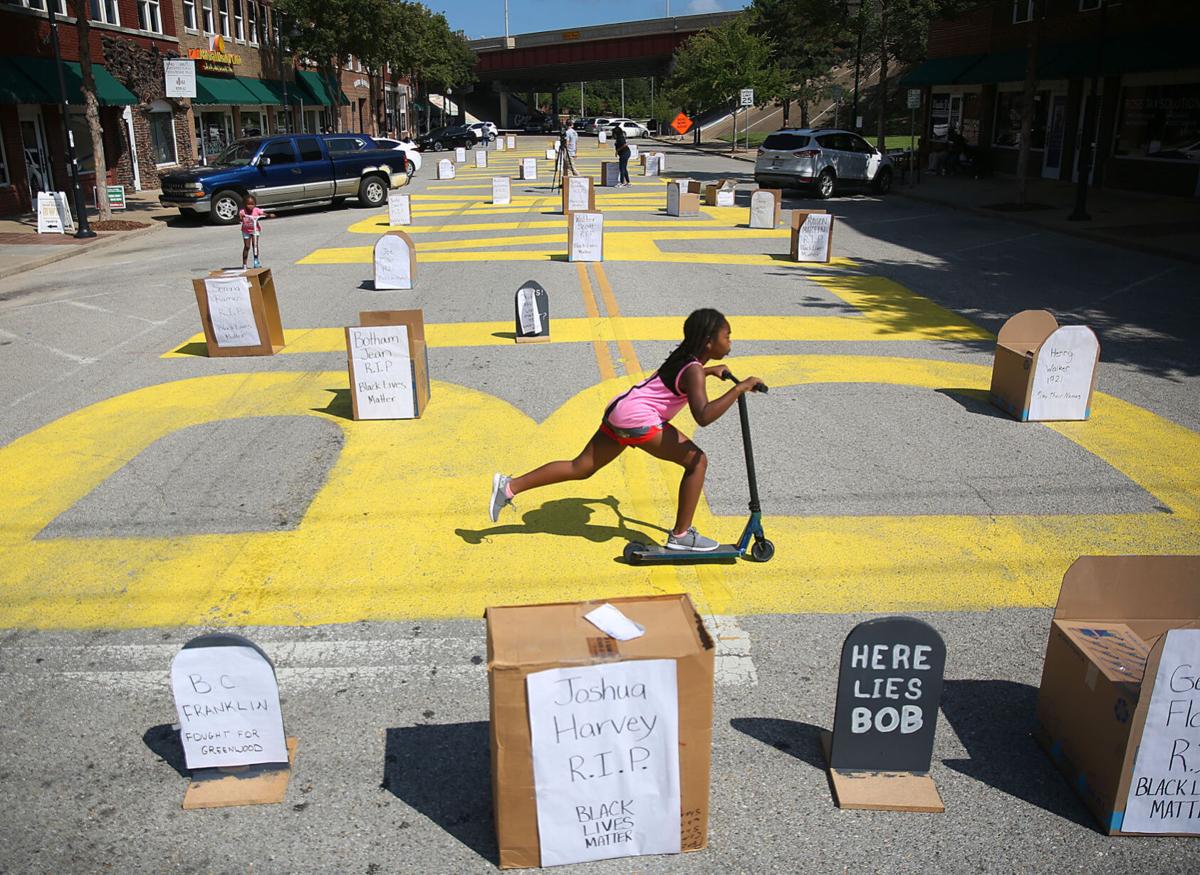 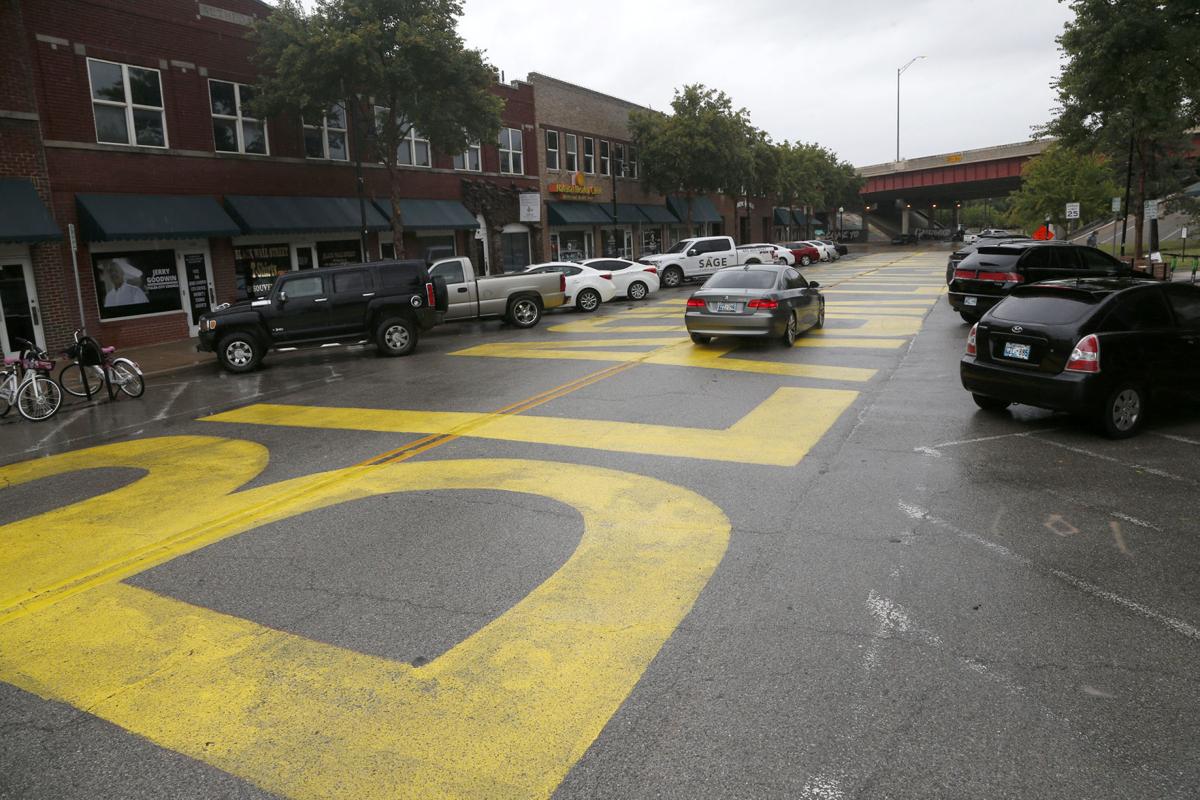 The city will remove the “Black Lives Matter” street mural in the Greenwood District. That much was determined Monday.

But the story is far from over. And a complicated story it is.

Mayor G.T. Bynum told the Tulsa World late Monday that the city had decided to move forward with the removal of the 250-foot-long bright yellow sign after last-ditch efforts to keep it in place fell through. The sign was painted on Greenwood Avenue’s pavement on the eve of Juneteenth without the city’s permission.

After the City Council indicated last week that it was not willing to approve a permit to allow the sign to remain permanently, Bynum said, the city was left with one option: “vacating” the street.

When a street is vacated by the city, the street becomes the property of the adjacent land owners. In this case, the land on either side of Greenwood Avenue between Archer Street and the Interstate 244 overpass, where the sign was painted, is owned by the Greenwood Chamber of Commerce.

“It was brought to my attention on Friday that the property owner really had not been involved in the installation of the art and hadn’t been really involved in any of the discussion to date around what should be done there,” Bynum said.

However, a merchant in the Greenwood District, who declined to provide a name, told the Tulsa World on Monday that the mural should remain. She also said the president of the Merchant and Tenants Association does not speak for the local community.

Culver acknowledged Monday that he had told Bynum that the Greenwood Chamber did not want to take over ownership and maintenance of the street. But he indicated that he wasn’t pleased about being asked the question in the first place.

The Greenwood Chamber is working to preserve the buildings it has, Culver said, and does not want to be part of a controversy.

Bynum then reached out to nonprofits and the philanthropic community for their input and suggestions, which led him to the Hille Foundation.

The foundation owns, or has majority ownership of, both sides of Greenwood Avenue a block south of where the “Black Lives Matter” sign is painted. It is leading the development of and has donated land for the Greenwood Rising History Center on the southeast corner of Greenwood Avenue and Archer Street.

“They would be interested in the (City) Council doing a permit for a temporary (Black Lives Matter) art installation” in front of the History Center, Bynum said.

Maggie Hille Yar and her husband, Kajeer Yar, confirmed the mayor’s remarks Monday night, saying that one way or another, they want the “Black Lives Matter” sign to remain in Greenwood.

“We would like to go through the permitting process the way we are supposed to, and we would like the City Council to support putting it on the street where it should be,” Hille Yar said.

“If it comes down to something being permanently on the street itself, we have ways to resolve that,” Yar said. “We could project it from either GreenArch or from 21 North Greenwood so that it’s on the street. We can do those sorts of things.”

Bynum cautioned that a request for a temporary “Black Lives Matter” street sign would present councilors with the same difficult questions they faced last week when discussing what to do with the BLM sign that had been painted under the cover of night.

“If you allow our streets — which have never been used as a public message forum before — to start to be, then you have those other questions as to how can you draw the line,” he said. “For me, that’s a really serious concern, and it’s one that I have had since that mural first went up.

“I think we’re really lucky that Westboro Baptist Church hasn’t come down here and tried to file a permit application since that mural went on the street.”

Bynum said he opposes leaving the “Black Lives Matter” sign on the street.

“I think it is a very cool mural, and the other ones I have seen around the country, they are really cool, but they should be on private property,” he said.

“The reason again is, if you start using public property to convey messages, then you have to allow all messages, and that suddenly turns our entire street network in the city into billboards.”