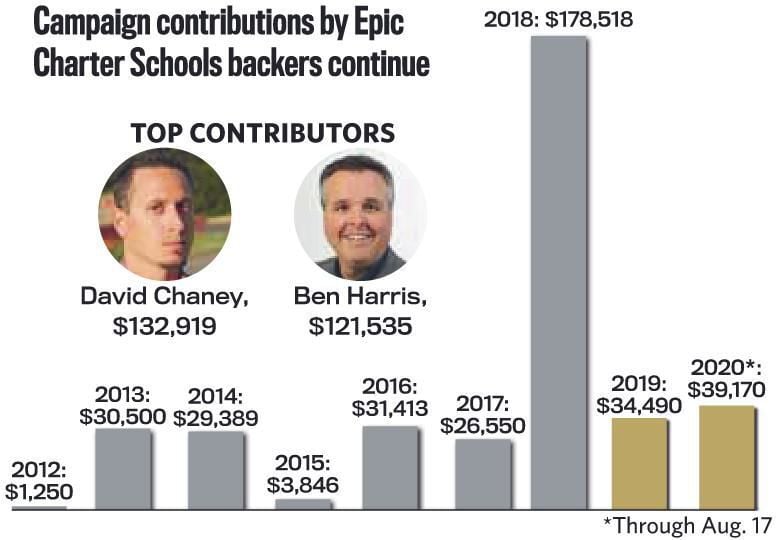 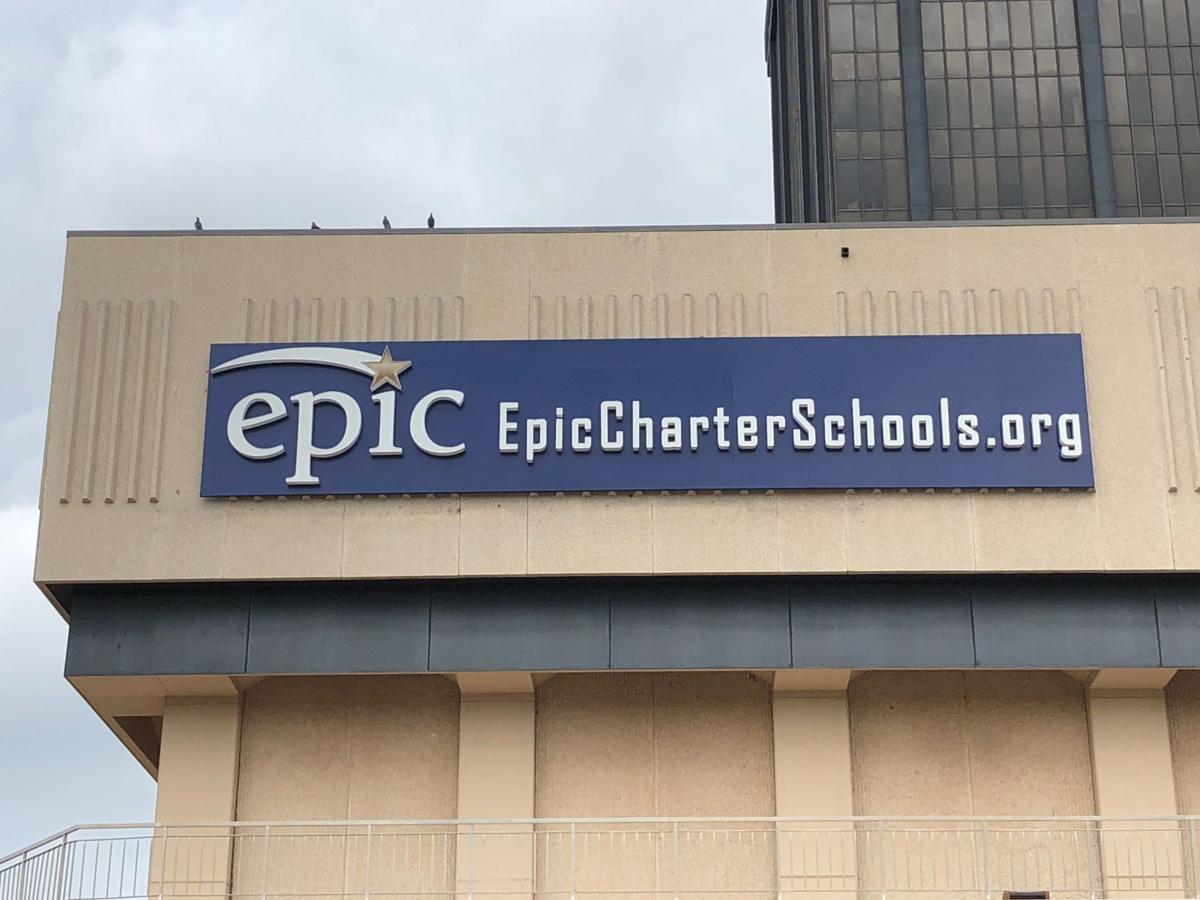 The operators of Epic Charter Schools and their backers have continued to promote and protect their political interests at the state Capitol by donating to candidates as law enforcement and state auditor’s investigations have been underway.

A review of the state’s campaign finance records through Monday show those with ties to Epic Charter Schools have contributed $73,660 to various candidates and causes since January 2019.

According to a previous Tulsa World examination of mandatory political campaign reports, that brings the total influence in state elections paid for with individual contributions by known Epic associates to more than $375,000 since 2012.

Preston Stinson, who will be in Tuesday’s GOP primary run-off against Margaret Best for House District 96, attracted the most contributions from among those with Epic Charter Schools ties in the current election cycle.

These include maximum $2,800 donations from both of Epic’s founders, Ben Harris and David Chaney; Harris’ wife, Elizabeth VanAcker, whose technology company does business with the school’s for-profit management company; and Epic’s chief financial officer Josh Brook and his wife, Laci Brock.

But Stinson’s campaign makes no mention of his longtime business association with one of Epic’s founders or his service since 2015 as chairman of the board of an Epic subsidiary called Community Strategies-CA, LLC.

Public records show Stinson’s signature on contracts from when Epic branched out to manage Panola Public Schools in Latimer County in 2017 and its expansion efforts in California and Texas.

In response to the Tulsa World’s questions, Stinson downplayed the significance of donations to his campaign from those tied with Epic and said he has since resigned from the Epic subsidiary board.

“When I decided to run for office, there were a number of issues that I thought needed to be addressed for our state, and I didn’t think that my volunteer efforts on a nonprofit board rated high on the list of issues that my voters were concerned about,” Stinson said.

He did not initially specify when he withdrew as board chairman from the Epic subsidiary, but Stinson’s signature appears on the Texas expansion deal, which was re-upped as recently as February of this year.

Texas officials said the deal Stinson signed off on, which they put on hold in summer 2019 would run through 2023 if Epic is ultimately cleared of wrongdoing and if the Texas Education Agency approves of Epic’s blended learning model being added as an option for students in grades 3-12 at the iSchool Virtual Academy of Texas, a public charter school.

“The date of contract remains the same. They just signed again in February. Nothing has changed with regard to our agreement with them,” said Jake Kurz, spokesman for Responsive Education Solutions, the Lewisville, Texas-based nonprofit that operates iSchool Virtual Academy of Texas. “We still are awaiting the (outcome of the) investigation. We won’t submit it to TEA unless we receive what we need from the State of Oklahoma.”

Asked when he resigned from Community Strategies-CA, LLC, Stinson told the Tulsa World: “I don’t have the specific date at hand, but I know it was shortly after I filed to run for office; sometime in April.”

Epic co-founders David Chaney and Ben Harris have contributed about $27,000 total since the start of 2019, the latest records show.

Neither Harris nor Chaney responded to the Tulsa World’s numerous requests for comment for this story.

Chaney has also donated to Wallace, Kannady and Roberts, along with $1,000 to the State Chamber of Oklahoma’s political action committee called “We Mean Business.”

Asked to address the appearance that a significant amount of influence in his campaign is coming from a single interest group, Stinson responded that it all stems from the support of Harris and his wife VanAcker, whom he described as “family friends for years.”

“He (Harris) thought that my business background and education would be beneficial for the state, and encouraged me to run, and agreed to help with a contribution. I never spoke with Josh or Laci Brock or with David Chaney about contributing prior to their actually making a contribution, but I do know them, and my assumption is that they agreed with Ben’s assessment,” Stinson said. “In the overall picture, the contributions from the Epic folks have been helpful, but they’ve only amounted to about 10% of the money raised and spent in the campaign.”

And of the $105,601 Stinson’s campaign has received thus far, $35,000 is loans he made to his own campaign and the remainder came from PACs.

His total campaign funds ranks him first in receipts among first-time candidates still vying for a seat in the Oklahoma House.

Because Stinson has identified he and his wife, Sheila Stinson, as small business owners in his campaign, the Tulsa World asked whether he had any other family business associations with anyone with ties to Epic Charter Schools.

“That is the full extent of the relationship. I don’t own or control or have anything to do with any other companies that are in any way related to Epic or any of its founders or owners or management,” Stinson said. “Also, just to clarify, my wife currently owns a portion of our residential real estate rental company, but that is her only business ownership. She previously owned and operated her law firm, but she dissolved that upon her hiring as a Special Judge.”

Sheila Stinson’s title just changed, as she was appointed last month as a District Judge for Oklahoma County.

Campaign contributions from those with Epic ties, 2019-2020