TNF: Scores and updates from Colts vs. Broncos

Voting precinct boundaries and polling stations may have changed. Many Tulsa County residents might find different information on newly distributed voter registration cards — whether it be a precinct number, a polling location or a legislative district — even if they haven’t moved in the past decade.

To view the specific sample ballot for your election precinct, go to the OK Voter Portal at oklahoma.gov/elections/ovp.

Voters' actual ballots will differ depending on their party affiliation and where they live (which dictates which candidates will appear on the ballot).

To find your precinct and view a sample ballot, go to the OK Voter Portal at oklahoma.gov/elections/ovp.

Previews of state and local races

• Tulsa attorney Gentner Drummond is making his second attempt for the office, running against Tulsa attorney John O’Connor, who is seeking his first full term in the office. The winner will face a Libertarian in the general election.

• The primary races for the seat currently held by U.S. Sen. James Lankford have several candidates of both parties vying for the seat in Congress.

• Republicans John Cox, William Crozier, April Grace and Ryan Walters are on the state superintendent primary ballot, with the winner to face off with Democrat Jena Nelson.

• House District 76 incumbent Ross Ford will face off against Flippo Insurance agency partner Timothy Brooks on June 28 in the Republican race to represent parts of Broken Arrow and Tulsa.

• A former mayor, a business owner, a nurse and a former medical sales worker are competing for the House District 66 Republican nomination to represent the district in Osage County and northwestern Tulsa County.

• With Sen. Marty Quinn, R-Claremore, term-limited and now running for Congress, the race for Senate District 2 will come down to one of four Republicans from Claremore up against Democrat Jennifer A. Esau in November.

• State Sen. John Haste, a vice president for a home furnishings company, is seeking a second term in Senate District 36. His opponent David Dambroso, 34, is a consultant, also from Broken Arrow.

Other statewide offices besides the governor's race may be contested just as fiercely, usually with less money and more difficult explanations of what it is they do.

Click here to read the story by Randy Krehbiel.

Every recent election cycle brings speculation that frustrated Democrats (or independents) in large numbers are migrating to the Republican Party in order to influence the GOP primary.

With every election cycle comes scant evidence that that has happened.

Far more Democrats switch to GOP than vice versa, and though it's hard to say why, "if you want a vote that matters, that's probably in the (Republican) primary," an OU political science professor says.

Click here to read the story from Randy Krehbiel.

Voters go to the polls Tuesday

Get prepared to vote Tuesday in Oklahoma

Editorial: Every registered voter has a ballot available on Tuesday 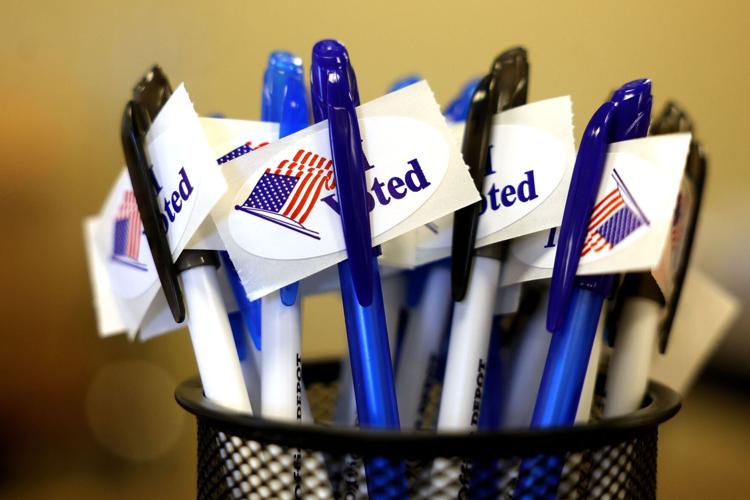 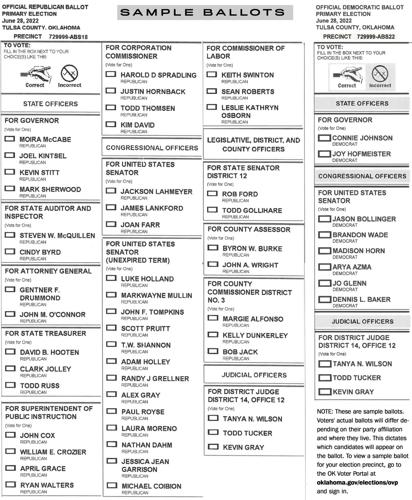