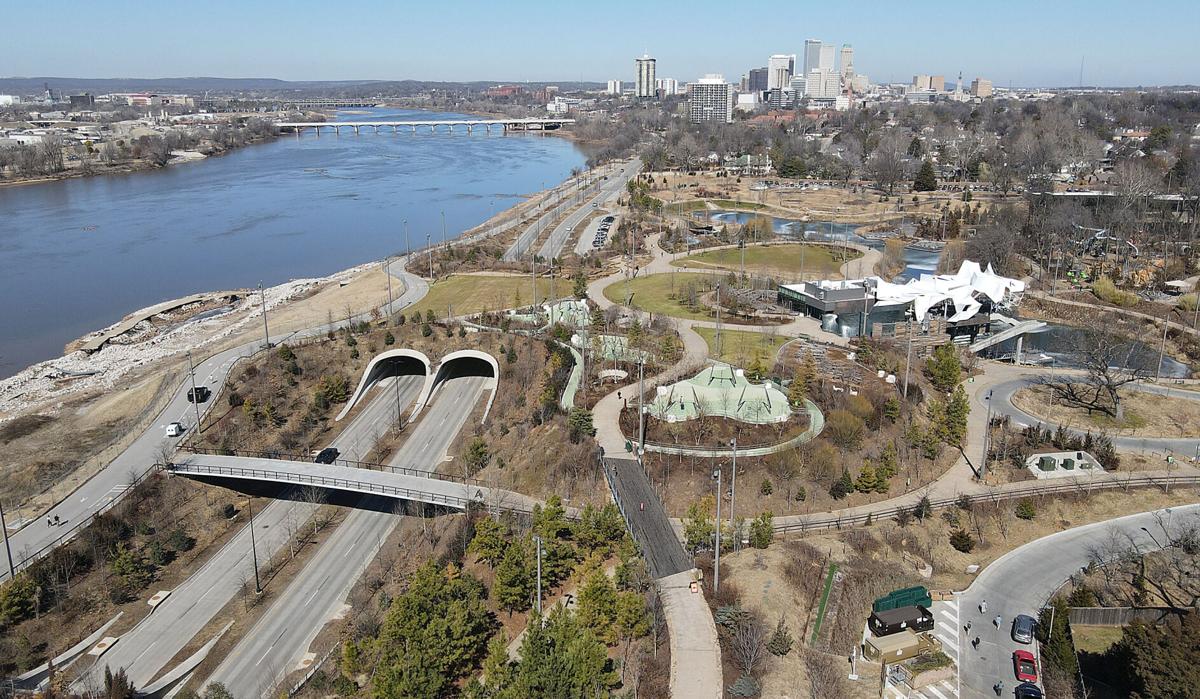 An aerial view shows Gathering Place, which continued to draw crowds last year, even with the limits imposed during the pandemic. The park has been voted the best city park in the nation in a USA Today competition. 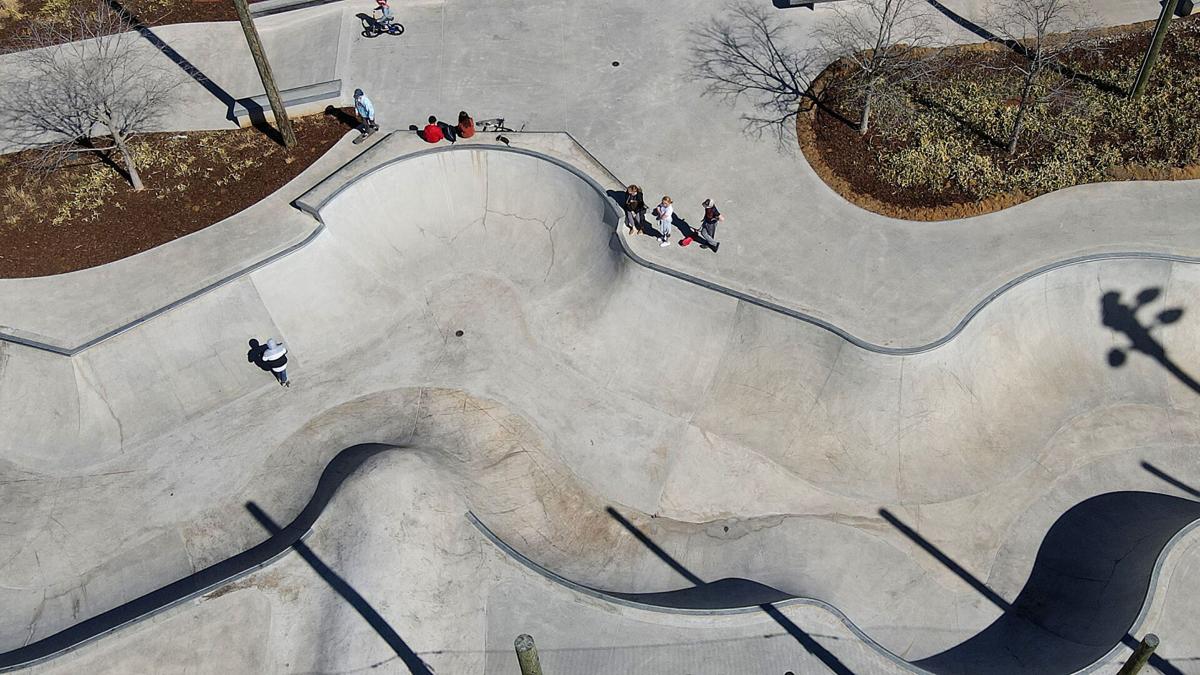 Visitors ride bicycles and skateboard at the Gathering Place Skate Park on Tuesday in Tulsa.

Gathering Place has been voted this year’s Best City Park in the country in a readers’ choice competition sponsored by the national media company USA Today.

“I think what the pandemic has shown is that the team in place at Gathering Place is what makes it world class,” said Mayor G.T. Bynum. “The facility is amazing and one of a kind, but the programming the team continues to put together — always seeking ways to make the park inviting and accessible to all Tulsans — in the midst of a global pandemic has been extraordinary.”

Gathering Place beat out other parks from across the country to win the award, including Balboa Park in San Diego, Boston Common in Massachusetts and Herrman Park in Houston.

The nominated parks were selected by tourism and park experts, including USA Today’s 10Best.com editors. The competition was open to the public for four weeks, with voters limited to casting one vote per nominee per category daily.

Gathering Place Executive Director Tony Moore said the park continued to draw big crowds even last year, when it closed for several months because of the pandemic and had to limit hours and access to certain areas.

Phase one of Gathering Place opened in September 2018. The 66.5-acre park stretches along both sides of Riverside Drive for more than a mile, offering a mix of eye-popping and challenging attractions for children of all ages, a pond for kayaking and canoeing, basketball courts, a skate park, a lodge, a boathouse and other amenities.

“Anyone building a new park right now they are certainly coming to the Gathering Place to look and see what we did,” Moore said. “Fun is clearly integrated in our DNA, but we’ve also not neglected the social and the educational” aspects.

“For us to rebrand the state of Oklahoma the right way, to get away from this Dust Bowl brand, and to become a globally recognized brand, the Gathering Place has to play a central role in that,” Pinnell said. “The Oklahoma City Thunder and the Gathering Place have to be in the middle of a lot of the rebranding efforts that we are making to the state.”

Gathering Place represents the largest private gift to a public park in U.S. history. Donated to the River Parks Authority by the George Kaiser Family Foundation, which gave $200 million (including $50 million in land), it has received $200 million in pledges from corporate and community philanthropists. The city contributed $65 million in park infrastructure and improvements to Riverside Drive.

August 2018: A walking tour of the Gathering Place with George Kaiser

An aerial view shows Gathering Place, which continued to draw crowds last year, even with the limits imposed during the pandemic. The park has been voted the best city park in the nation in a USA Today competition.

Visitors ride bicycles and skateboard at the Gathering Place Skate Park on Tuesday in Tulsa.