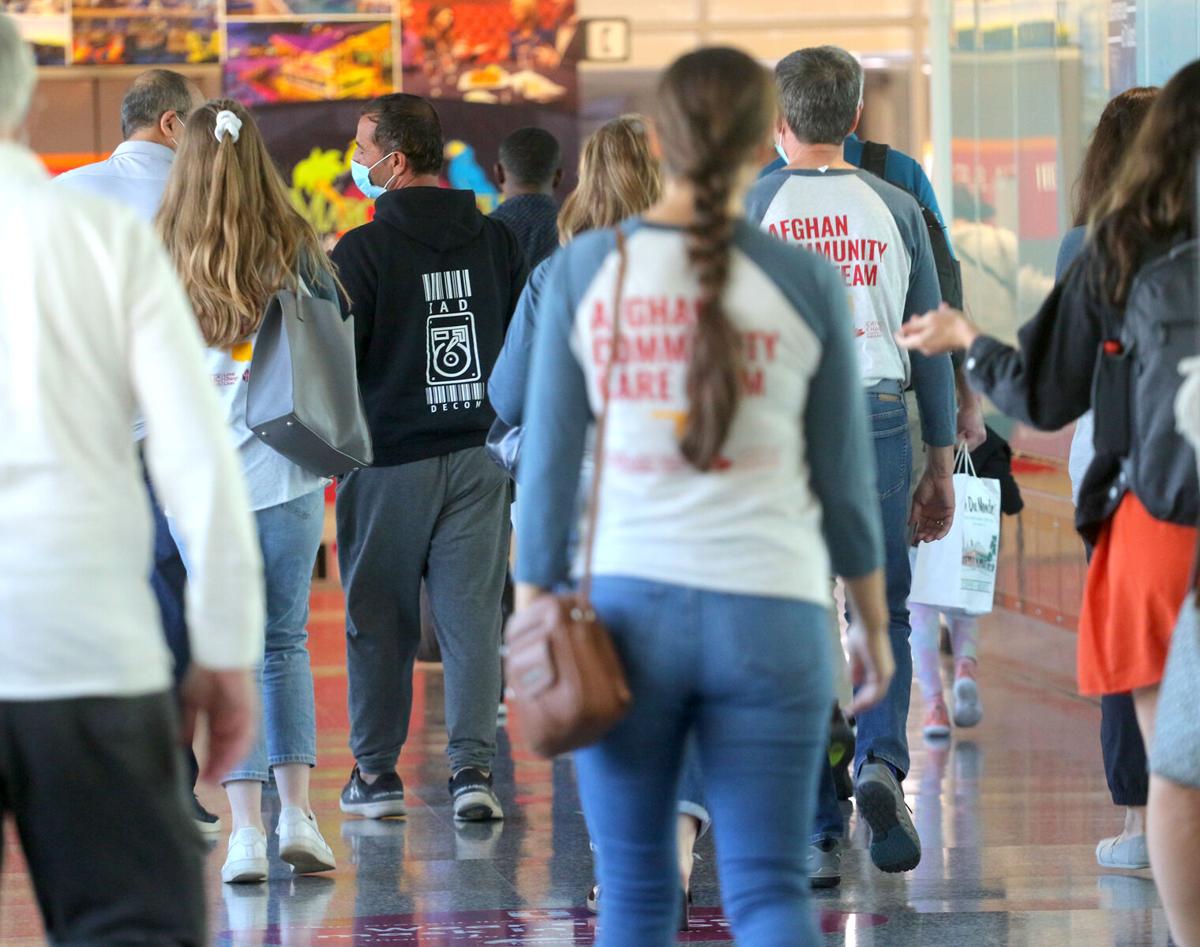 The first Afghan refugee to arrive in Tulsa (black hoodie) was welcomed at Tulsa International Airport by a team of volunteers from Catholic Charities. 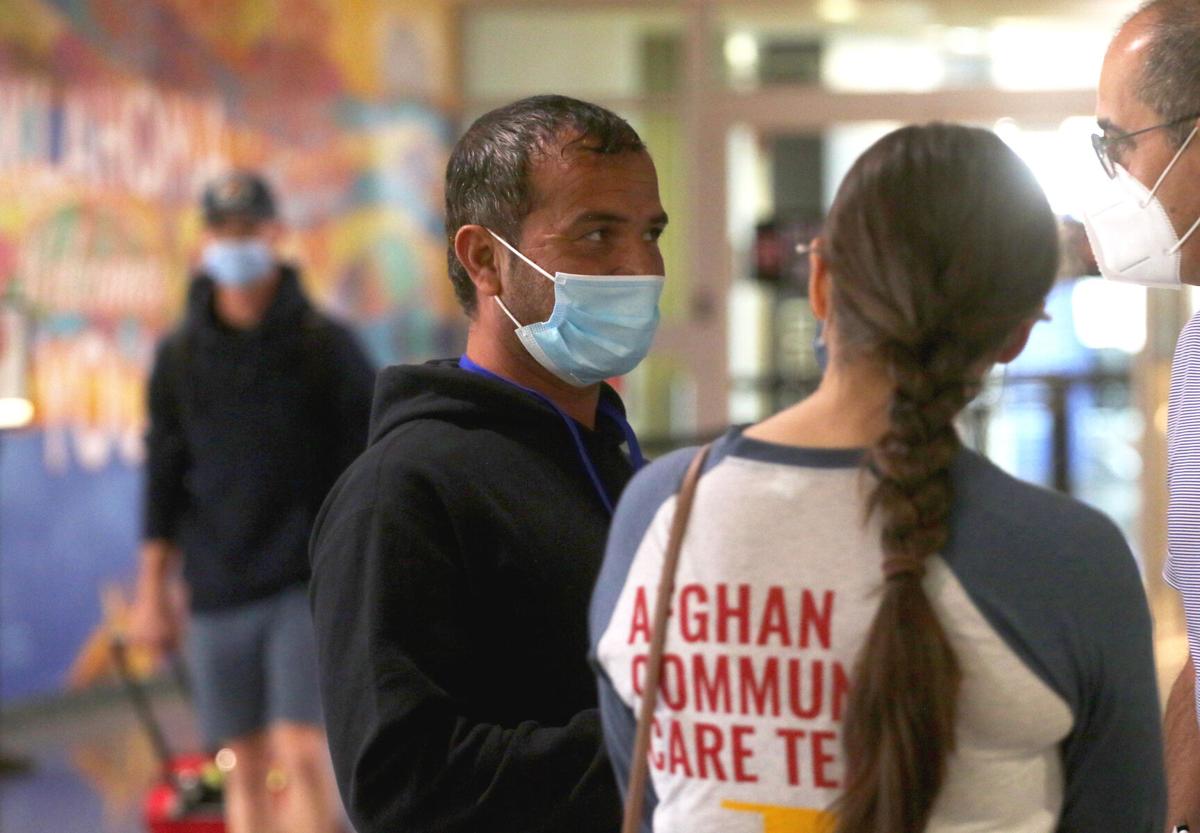 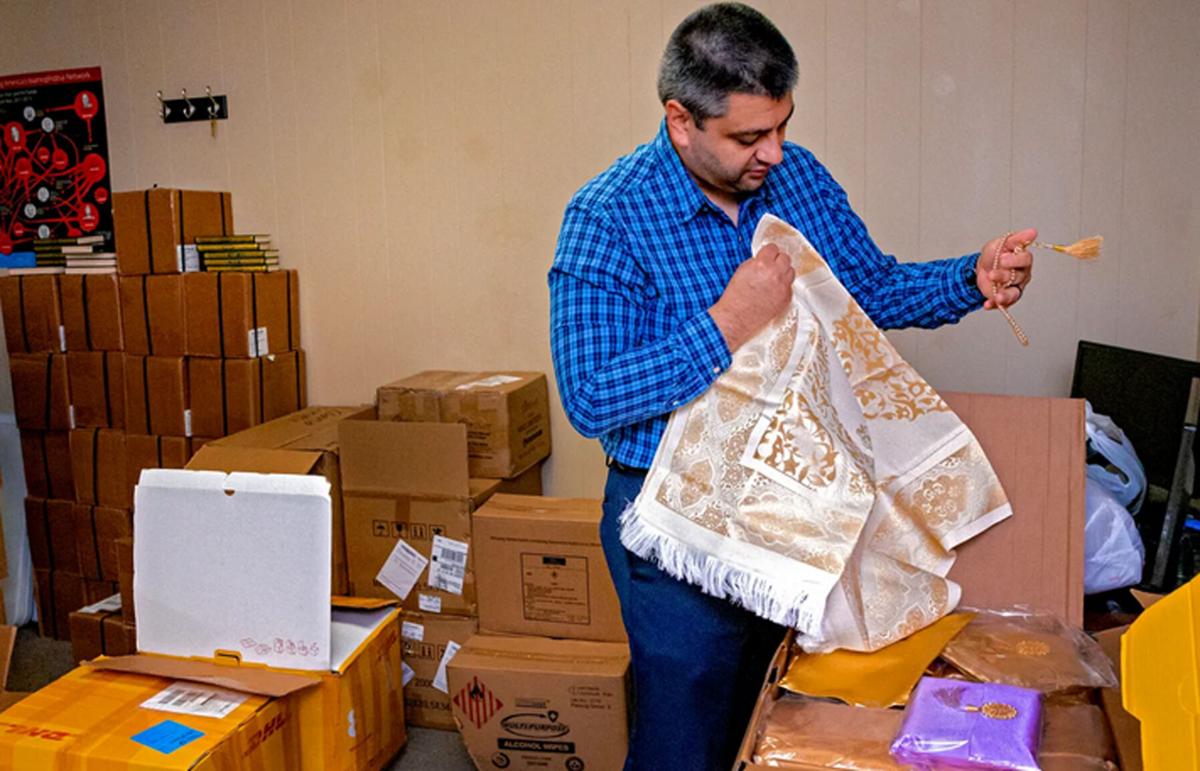 Adam Soltani, executive director of the Council on American-Islamic Rights-Oklahoma chapter, said his organization plans to present welcome kits to Afghan refugees when they arrive.

The first Afghan refugee assigned to Tulsa arrived Friday evening at Tulsa International Airport and was welcomed by Catholic Charities.

The nonprofit in a statement earlier Friday said the 36-year-old man “will most likely be very anxious upon arrival in his new hometown.” Tulsa is expected to receive about 800 people who fled Afghanistan after the Taliban took control of the country.

Genevieve Schmitt, assistant director of refugee resettlement at Catholic Charities, was with a group of about a dozen volunteers at the airport Friday night for the arrival.

Schmitt said she hopes Tulsa can be more than just a place for him and the other Afghanistan refugees to be relocated, but a place they can build a new life.

“Many of these people have been through trauma after trauma, and this is most likely one of the most vulnerable places they will be in their lives,” Schmitt said. “I would like to hope they would see this as a fresh start.”

Schmitt said she is proud of the outpouring of support to help aid in the resettlement of Afghan refugees.

Catholic Charities, the primary refugee resettlement agency for Oklahoma, was asked by the U.S. State Department to receive 800 Afghan citizens to the Tulsa area.

According to a statement from the agency, the refugees represent 200 families who have assisted U.S. service members and were selected by the government to come to the U.S after health and security screenings. All of the refugees being resettled, arriving over the next three to six months, will have received COVID-19 vaccinations.

“These individuals will be provided with all the basics needed to live in our community by Catholic Charities in cooperation with many nonprofit organizations and faith groups,” the agency said. “We will work in tandem as a community to welcome those who have done so much for our country and set them on a path of success in the United States.”

For more information or to find out how you can help those being resettled in Tulsa, go to cceok.org/refugees.

Other refugees from Afghanistan began arriving Thursday in Oklahoma City. The Council on American-Islamic Rights-Oklahoma prepared kits with items that might be useful to resettled Afghans as they embark upon their lives in a new home here, including guide books to help combat any anti-Muslim rhetoric.

The first Afghan refugee to arrive in Tulsa (black hoodie) was welcomed at Tulsa International Airport by a team of volunteers from Catholic Charities.

Adam Soltani, executive director of the Council on American-Islamic Rights-Oklahoma chapter, said his organization plans to present welcome kits to Afghan refugees when they arrive.