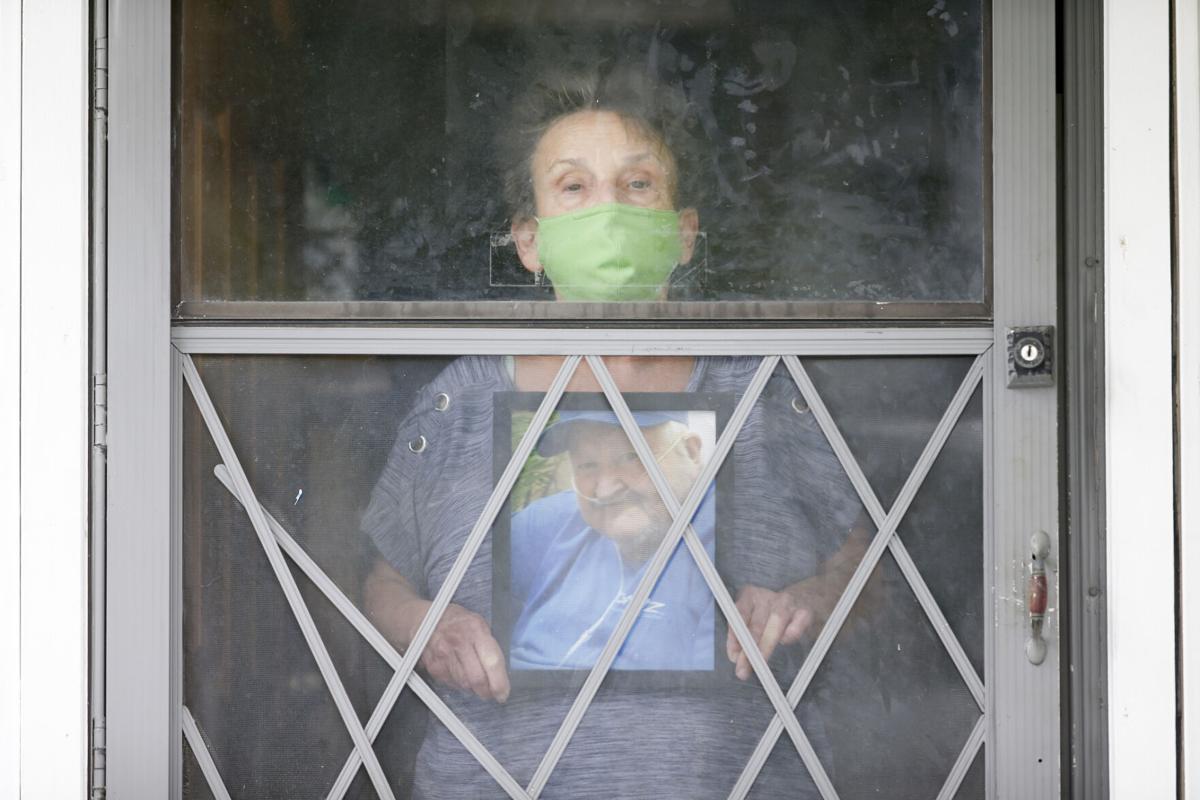 Brenda Cooper holds a photo of her late husband, Dean Cooper Sr., on Friday. Dean Cooper passed away due to COVID-19 on Oct. 18. 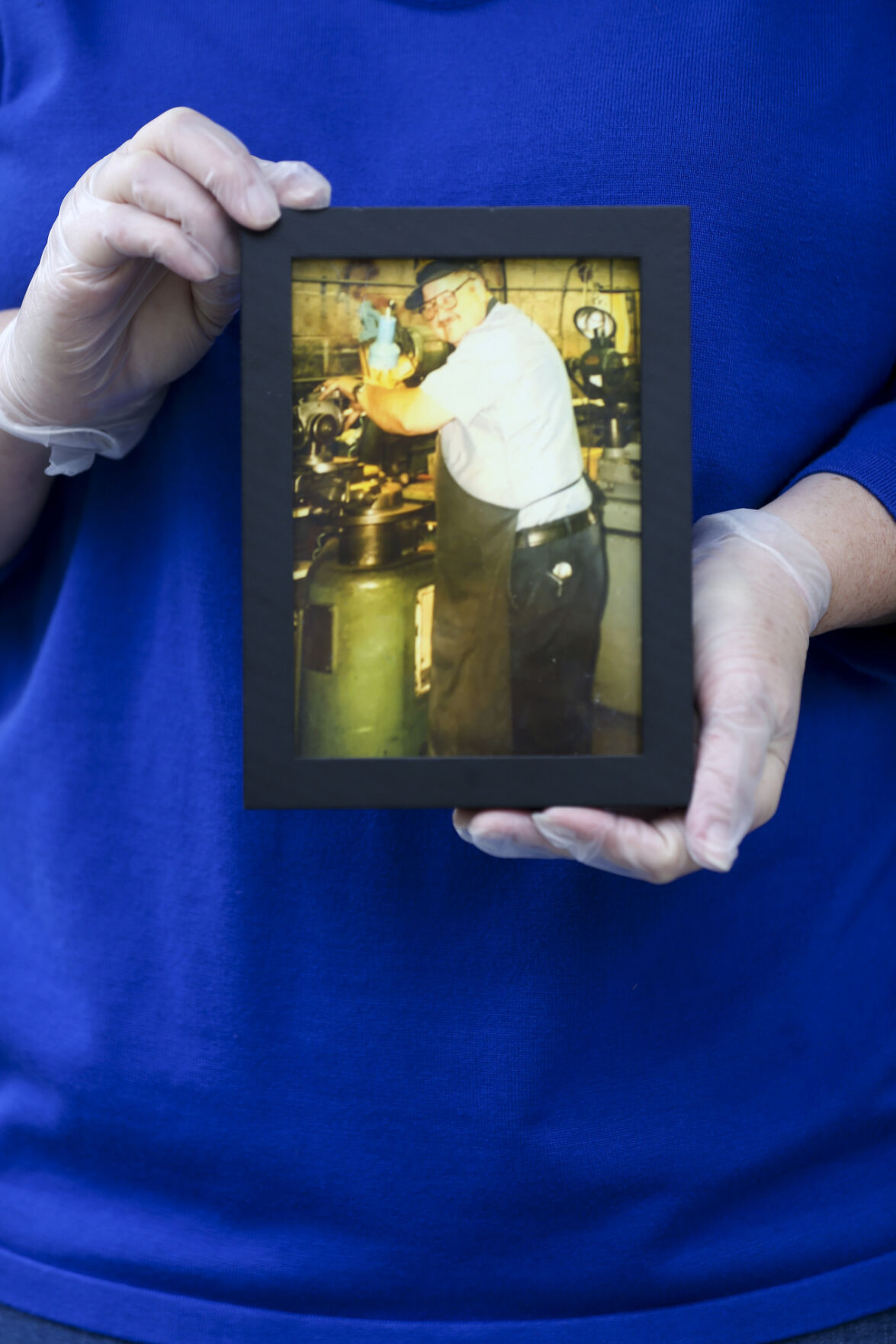 Crystal Horse holds a photo of Dean Cooper Sr., Crystal's father, who passed away due to COVID-19 on Oct. 18. 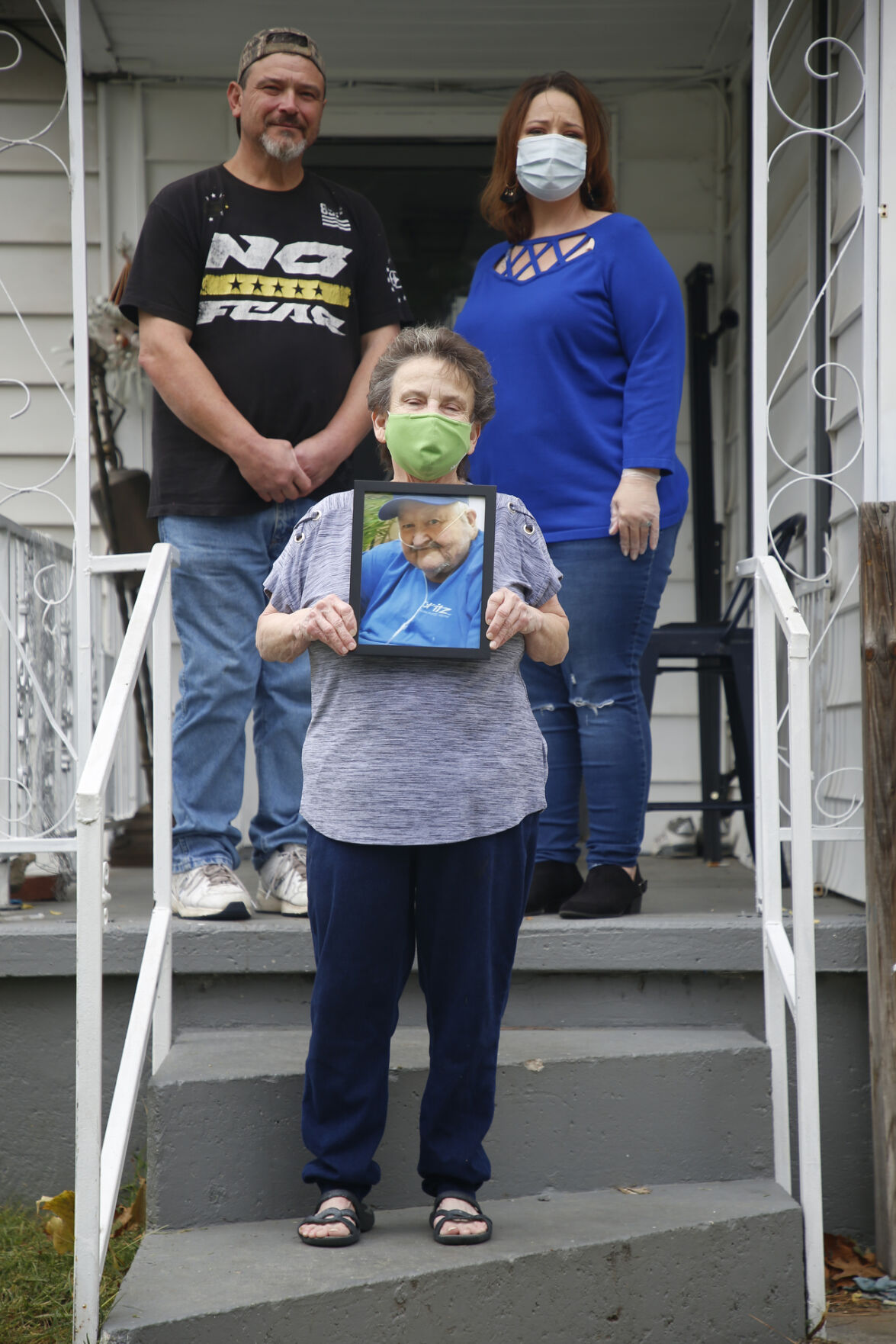 Dean Cooper Jr. and Crystal Horse pose for a portrait with their mother, Brenda Cooper, at their home on Friday. Brenda Cooper is holding a photo of Dean Cooper Sr., Crystal and Dean's father, who passed away due to COVID-19 on Oct. 18.

Tulsa has long been known as a hub for oil and gas companies and aircraft maintenance for one of the world’s largest airlines.

But that would be impossible without sharp tools — and if you needed your tools sharpened or a new sharp cutting tool fabricated in Tulsa any time in the last 40 years, the go-to man in town was Dean Cooper Sr.

Cooper, 77, died Oct. 18. His family, who watched him persist through chronic pain from more than 60 surgeries to work 11 hours every day and happily respond to many a 2 a.m. emergency call from local companies for tool help, are reeling from his sudden loss to COVID-19.

“It just took everybody by surprise. Now we are having to deal with the grief that so many other families are dealing with right now,” said Tony Horse, Cooper’s son-in-law who now runs Dean's Grinding Service, 9201 E. Admiral Court. “Some people you never see or hear about have a big part in people’s lives and in companies and communities. And he was a great man.”

Be it in new cases, hospitalizations, or deaths, the novel coronavirus has been on the upswing in Oklahoma since mid- to late-August. The White House Coronavirus Task Force reported early last week that Oklahoma ranked No. 7 in the nation in test positivity and 11th in new cases per capita.

On Saturday, the state broke a single-day record for the number of new COVID-19 cases recorded, 1,829, and new cases on a seven-day average, 1,312.

Since early September, the number of people hospitalized with COVID-19 or suspected of having it had more than doubled to a record 956 on Thursday. Hospitalizations dropped to 924 on Friday.

COVID-19-related deaths, meanwhile, which typically lag behind hospitalizations, have also surged in the past two weeks statewide. On Oct. 10, the state was averaging about 6.3 deaths per day on a seven-day rolling average.

Since then the number of daily COVID-19 deaths has been steadily increasing, reaching another record on Friday, averaging 11.4 deaths each day for the past week.

Cooper likely contracted the virus that causes COVID-19 during a time when cases were on the upswing in Tulsa County, where as of Saturday, at least 2,312 active cases exist.

His death came as such a shock to his family because his symptoms were masked by chronic illness.

Cooper, a Tulsa native, broke his leg when he was 17 and developed a serious bone infection called osteomyelitis that ravaged his body.

Throughout his life, he endured more than 60 surgeries, but he never let even extreme pain keep him from serving his beloved customers. He was known to wake up at 5 o’clock every morning and be at work in his shop by 6 o’clock and come home like clockwork about 10 minutes after 5 every evening.

"He would have so much pain, but he would still get up and go to work. I’ve seen him come home from the hospital from surgery, hooked up to an I.V. and go straight to work sick," said his son, Dean Cooper Jr. "It just shocked everybody. He was coughing, but my dad has coughed up stuff periodically anyway. He went to the doctor and had a test on Friday. When his test came back on Monday after he had already passed, it explained everything.

"We saw him in there hurting, but we thought it was normal for him."

"Dad was also a pastor, an ordained minister. Missionary Baptist. A very godly man," said his son. "He would fill in for pastors on vacation or who were sick, fill in for a few months at various churches."

Cooper is survived by his wife of 56 years, Brenda Cooper, his daughter and son-in-law Crystal and Tony Horse, all of Tulsa, his son Cooper Jr., of Glenpool, and five grandchildren.

Because of other COVID cases in the family, a memorial service for Cooper is on hold indefinitely.

His family takes great pride in Cooper's legacy of hard work and of providing a kind of service that is still in demand globally but quickly vanishing.

The rise of computerized grinding machines took away some business over the years, but many devoted customers stuck with Cooper, who sharpened every tool by hand and fashioned new tools with manual-operated machines — never electronics.

"Dad always said, "If the work is not done by hand, it’s not done right," Cooper Jr. said. "It’s your craftsmanship, not a machine’s craftsmanship. I’ve heard customers say Dad sharpened tools better than when they bought them new."

And he ensured his customers could still be served long after he was gone by hiring Horse 25 years ago as a young man, and teaching him everything he knew. That's how Horse met Cooper's daughter and eventually, became part of his family.

"Everybody in Tulsa oil and gas, manufacturing and aircraft businesses — both small and large corporations — know Dean Cooper and his tool grinding business," Horse said. "I’m keeping his legacy going. I loved him. Not only was he my father-in-law, he was my friend, he was my boss. He was a believer and a good man."

He was a guest preacher in early July at youth summer camp at Falls Creek Baptist Conference Center near Davis.

An ER nurse who resisted for scientific reasons said she felt "young and healthy," but now she sees even younger people getting deathly ill.

“I’m not ready for (COVID) to give me the fight of my life,” Grace Zieba said.

Brenda Cooper holds a photo of her late husband, Dean Cooper Sr., on Friday. Dean Cooper passed away due to COVID-19 on Oct. 18.

Crystal Horse holds a photo of Dean Cooper Sr., Crystal's father, who passed away due to COVID-19 on Oct. 18.

Dean Cooper Jr. and Crystal Horse pose for a portrait with their mother, Brenda Cooper, at their home on Friday. Brenda Cooper is holding a photo of Dean Cooper Sr., Crystal and Dean's father, who passed away due to COVID-19 on Oct. 18.