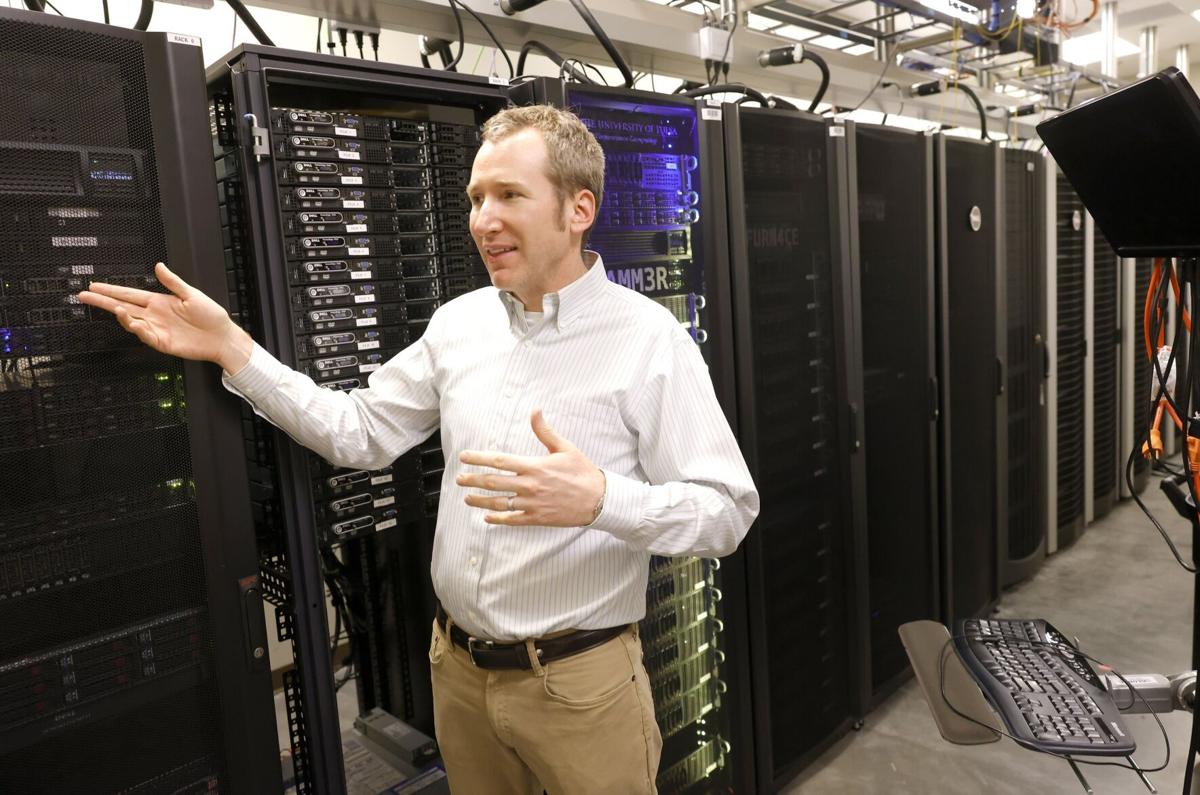 TU professor Tyler Moore, chairman of the new School of Cyber Studies, talks about the servers used by him and his students on the University of Tulsa campus. 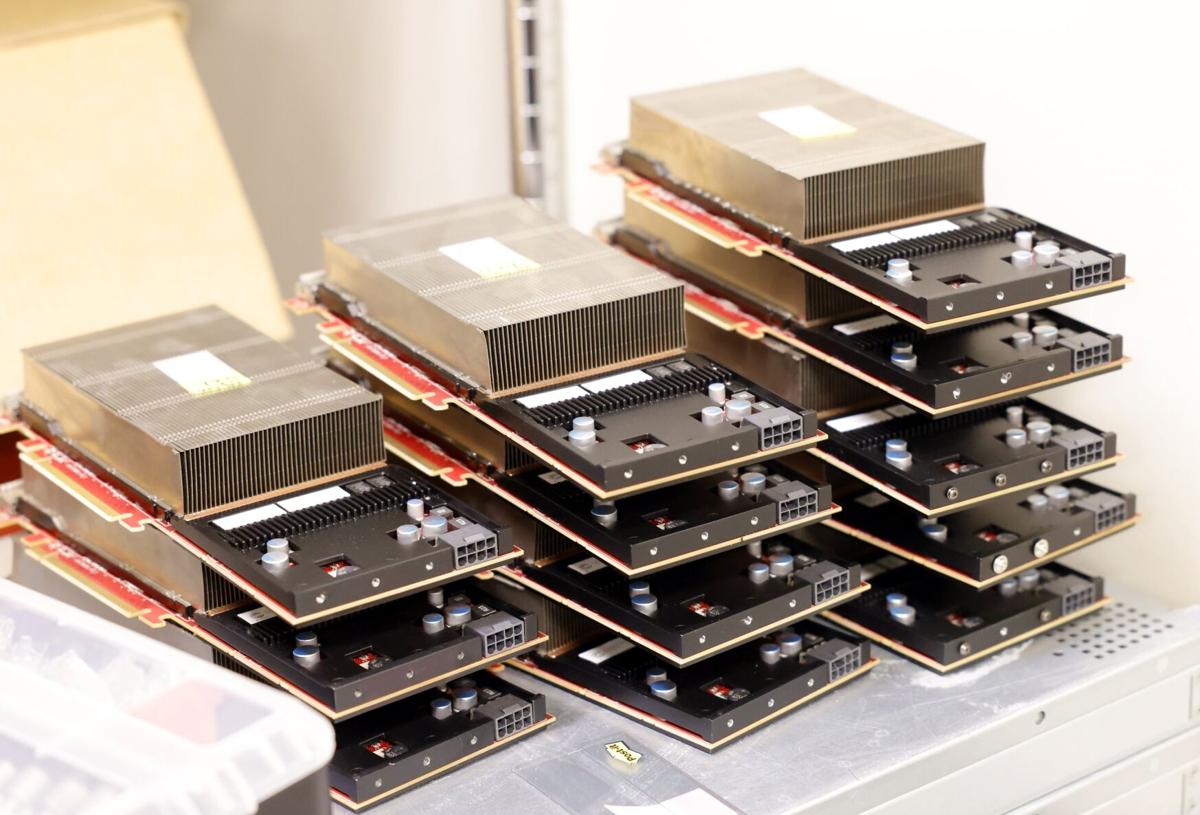 Equipment used in a project underway by a University of Tulsa cybersecurity student sits in a workroom on the TU campus on Thursday. 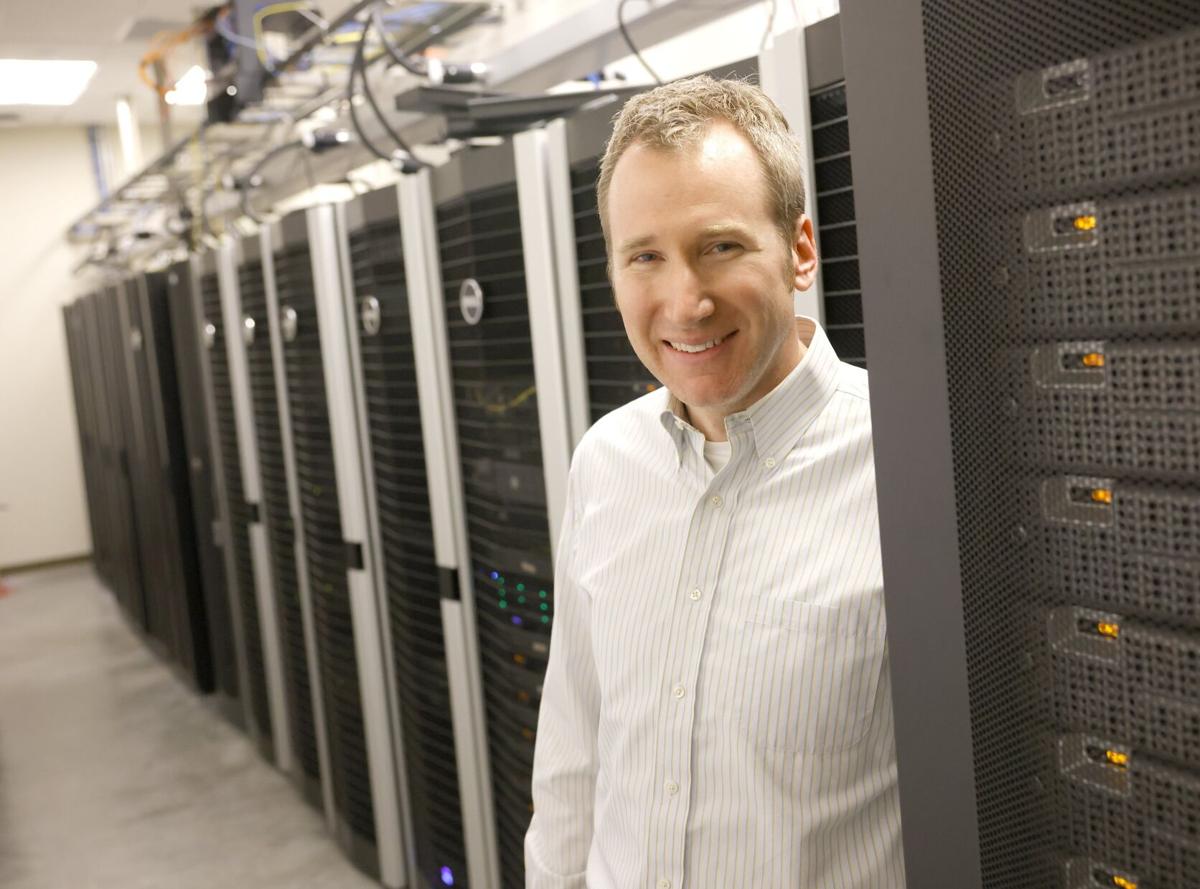 Tyler Moore, professor and chairman of the new School of Cyber Studies at the University of Tulsa, poses in a server room used for the program. 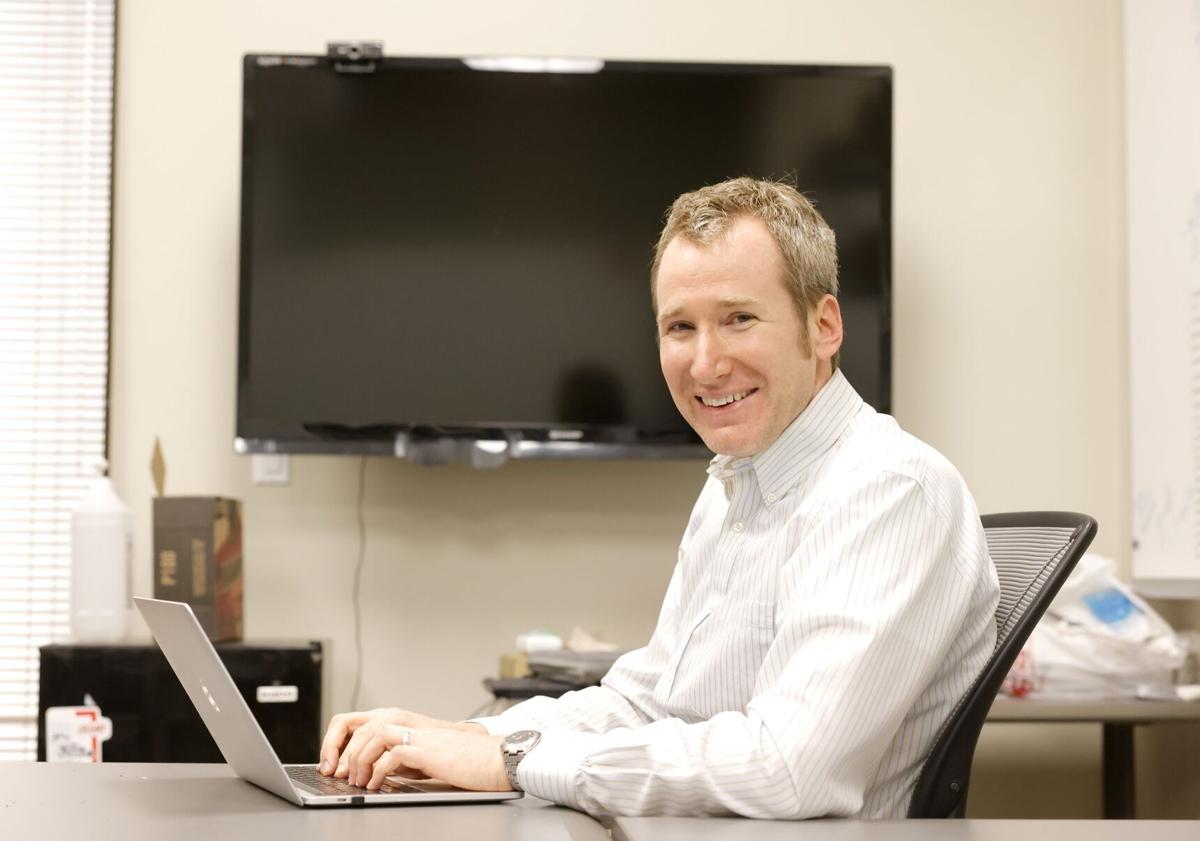 TU School of Cyber Studies Chairman Tyler Moore poses in a lab used by his students.

With the rise in cyberattacks nationally, one of which directly affected Tulsa, University of Tulsa officials say their latest investment in cyber education could not be better timed.

TU revealed last week that official approval has been gained for the launch of a university School of Cyber Studies, a new department that will oversee all graduate and undergraduate cyber programs and which will include some new degree options.

Already a leader in cyber research and education, TU currently offers a master’s in cybersecurity, along with an undergraduate minor.

Additions to those will include a new bachelor of science degree in cybersecurity, as well as a doctorate in cyber studies, Moore said.

The new developments are in keeping with TU’s recently adopted strategic plan, which includes cyber as one of its emphases.

Moore said that as the recent cyberattack wave has made national headlines, he and his colleagues have been watching closely.

He talked about the trend and how TU’s new School of Cyber Studies could help.

The wave of attacks hit close to home for Tulsans in May, when a ransomware attack on the city of Tulsa resulted in some 19,000 files being made public by hackers.

City officials, who said they did not pay the ransom, said most of the files were online police reports that are already public record, although a few Social Security numbers were affected.

Experts who reviewed the data at the request of the Tulsa World linked the attack to the hacker group Conti.

The surge in cyberattacks, especially involving ransomware, is not surprising and has been “a long time coming,” Moore said.

Since the first high profile attacks several years ago, cybercriminals have continued to evolve.

But, Moore added, there are factors that have contributed to the recent wave.

For one, “organizations are more interdependent than they used to be because they’re often relying on the same IT infrastructure, the same software,” Moore said. “Attackers have figured out that they can target that software and that enables them to get lots of victims all at once.”

Making things worse, he added, is the rise in ransoms.

“They keep asking for bigger and bigger ransoms — tens of millions of dollars — and they’re getting paid. So it just keeps escalating. It’s simple pirate economics, unfortunately.”

Ransomware attacks first targeted individuals, he said. “But cybercriminals learn. And so they learned pretty quickly that there wasn’t much money in that.”

They moved on to targeting organizations, then cities.

Moore said he doesn’t see any real end in sight to the attacks.

“I don’t think it’s going to stop until we have some kind of coordinated action where, let’s say, Congress passes a law banning insurance companies paying ransoms, or maybe there’s some voluntary decision among the big insurers to limit what ransoms they’re willing to pay.”

But, he added, TU’s cyber investments are positioning the university to make a difference in the fight.

“We’ve been doing cybersecurity long enough that we’ve accumulated this expertise across different disciplines,” Moore said. “So I’m really optimistic by bringing it all together we can really make a significant contribution to helping fix this challenge for everyone.”

The new department will also bring more opportunities to work directly with companies and organizations on their cybersecurity needs.

“Another big piece of the strategic plan is to really expand our research and engagement side and grow our partnerships, so we’re actively working on that right now,” Moore said.

The new era of cyberattacks is another example of how good technology advances always come with some bad, he said.

With the rise of the internet, “we’ve seen huge efficiency gains. If COVID happened 20 years ago, the economy would have taken a much bigger hit. We have some inbuilt resiliency,” he said.

But at the same time, “we also have greater vulnerability than we did before.”

TU professor Tyler Moore, chairman of the new School of Cyber Studies, talks about the servers used by him and his students on the University of Tulsa campus.

Equipment used in a project underway by a University of Tulsa cybersecurity student sits in a workroom on the TU campus on Thursday.

Tyler Moore, professor and chairman of the new School of Cyber Studies at the University of Tulsa, poses in a server room used for the program.

TU School of Cyber Studies Chairman Tyler Moore poses in a lab used by his students.