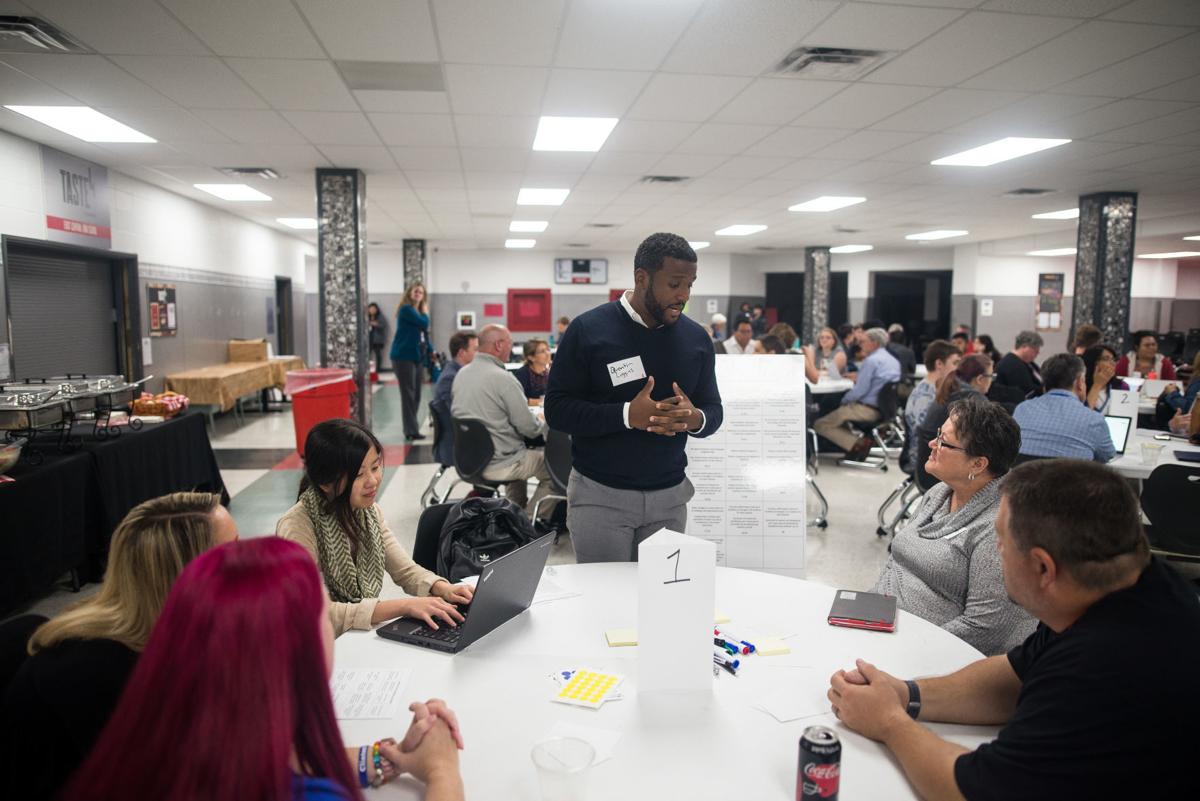 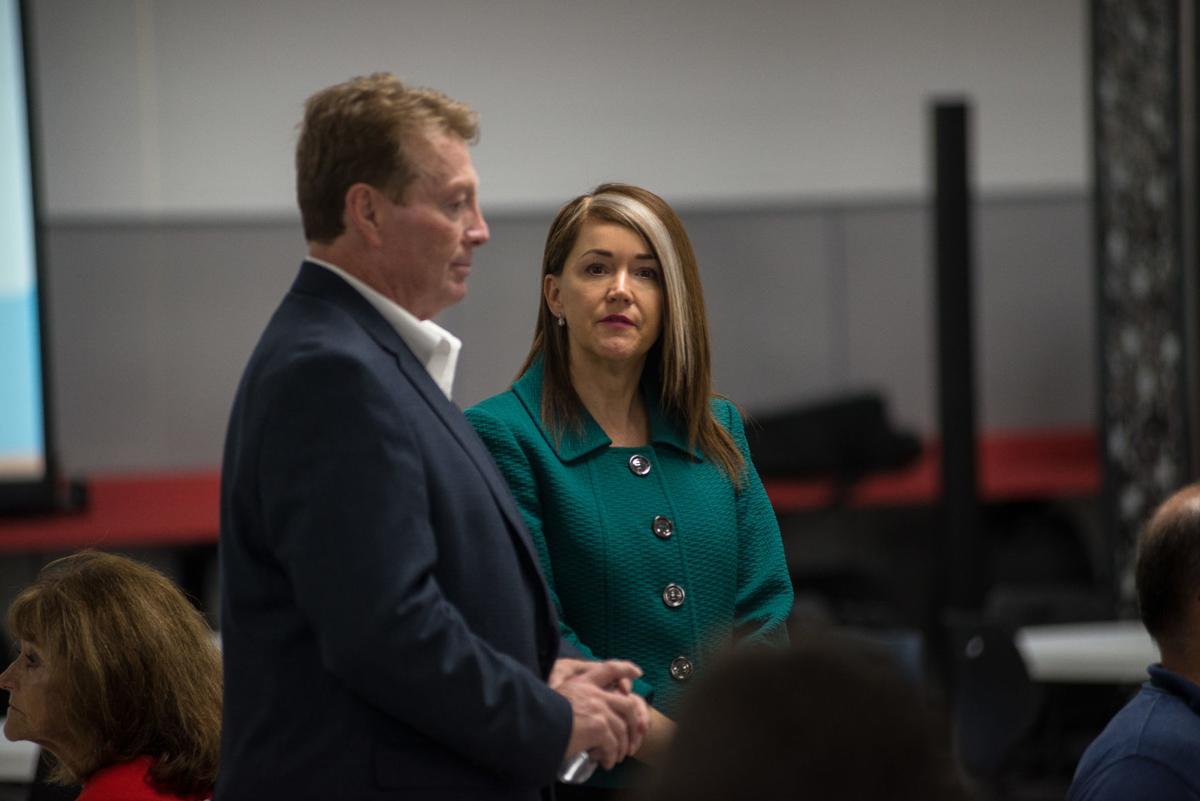 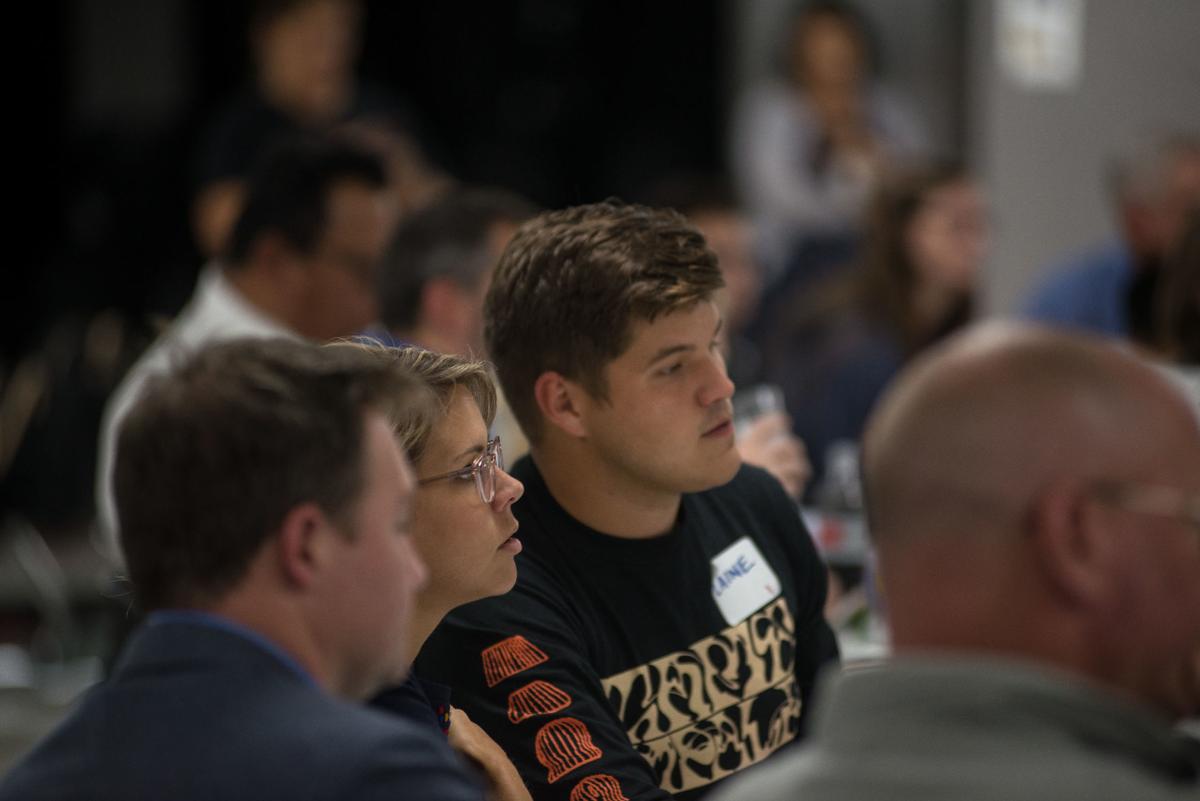 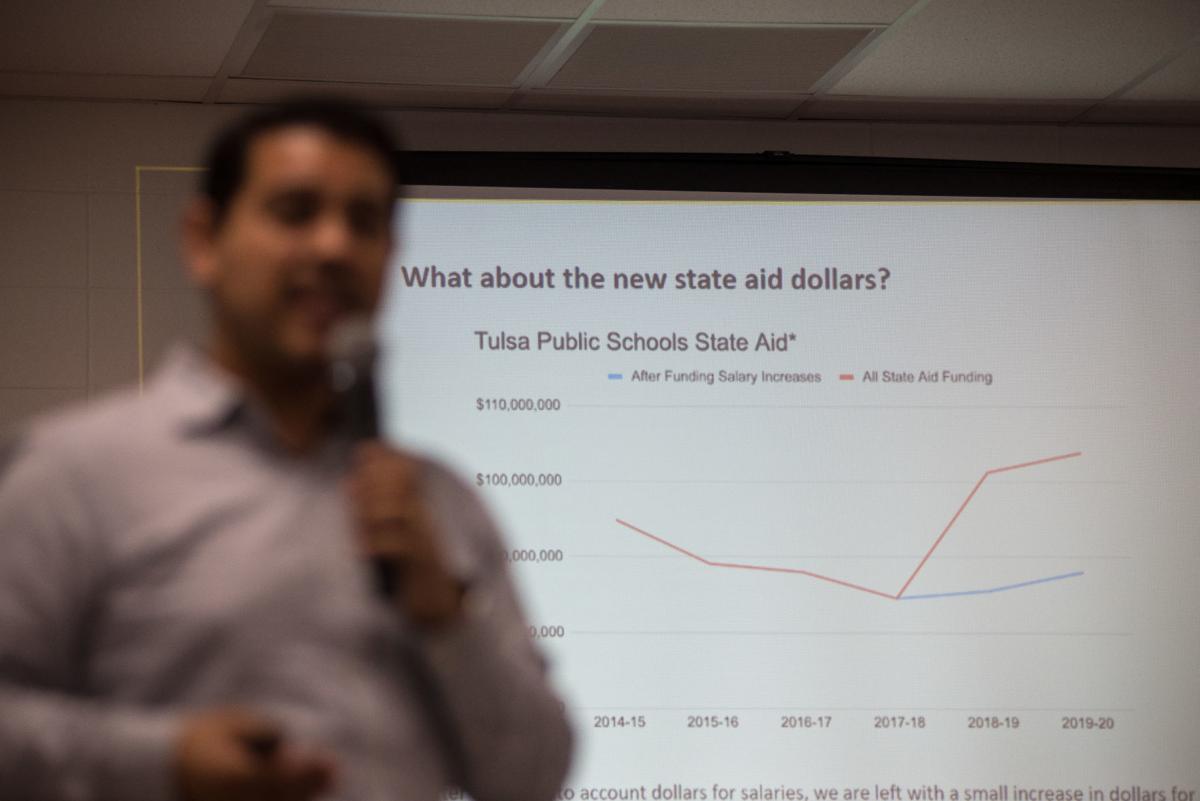 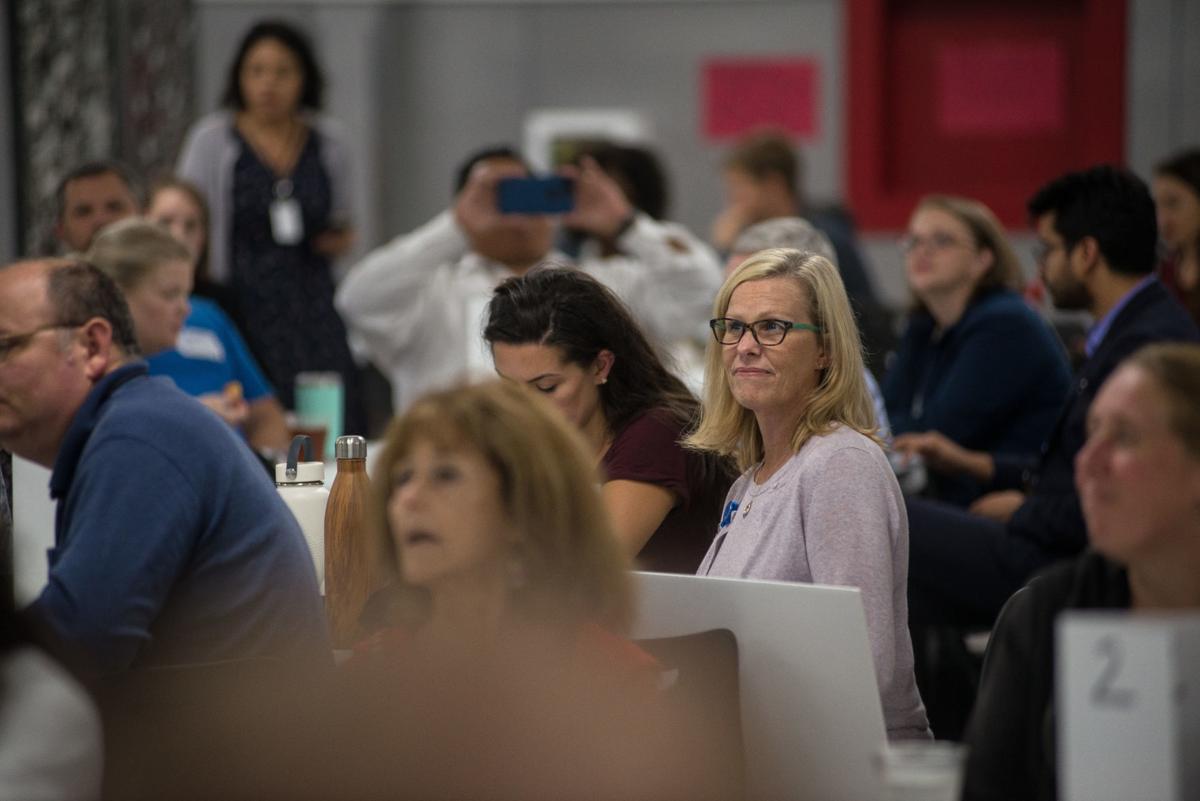 About 100 people gathered inside the cafeteria at East Central High School for the last of the district’s initial public meetings about the shortfall. Nine of the meetings were at high schools. The other two were in Spanish and were hosted at an elementary school and a church.

The goal of these meetings, according to district officials, was to hear from community members and employees about how the $20 million should be eliminated from the 2020-21 budget.

With the community engagement phase complete, the district will conduct a series of closed working sessions with key stakeholders through November to dive into the input collected at the meetings and from an online survey available through Monday morning.

“Now we’ll take a step back, and with community partners — so teachers, students and parents — we’re going to spend some time digging into everything that we’ve heard from the community,” Superintendent Deborah Gist said.

“We’re also continuing to do work at the district level to analyze budgets, to review staffing plans, to review our organizational structure, to review contracts. We’re doing all of that work all at the same time.”

Four community feedback events are planned for early December. Gist hopes to propose a modified budget to the school board by Dec. 16, with the board voting on the proposal in January.

Trish Jones, an East Central teacher who attended Thursday’s meeting, said she appreciates that a proposal is coming quickly so schools will have more time to prepare for the changes. But she dreads what kind of effect the reductions will have on educators who have endured so many cuts over the years.

“I’m grateful that they are going to make decisions quickly because it helps the reality of knowing where we’re going to be,” Jones said. “I’m fearful that it will make more teachers want to leave because they’ll see how difficult things are going to be. I’m hopeful that doesn’t happen, but that’s a fear.”

District officials largely blame the deficit on declining enrollment and a decade of state funding cuts to education.

Oklahoma slashed more per-pupil funding than any other state from 2008 to 2018. TPS saw an enrollment loss of 5,000 students during that time, lessening its share of the state aid through the funding formula. The district projected a revenue loss of about $15 million from 2018-19 through the current school year.

The district has cut $22 million since 2015 and dipped into its fund balance last year for the first time in a decade to avoid a negative balance. The fund balance is on track to run out by next year, giving way to the projected $20 million deficit. Now TPS must find a way to eliminate about 7% more from its budget.

Like many others who have attended the community meetings, Jones is at a loss as to what areas should be reduced. But she’s adamant that the district can’t afford to cut teachers and social services for students.

Linda McDaniel, a teacher at Kerr Elementary School, also hopes the district doesn’t cut anything that would affect students, although she acknowledges the improbability of that.

A significant portion of the meetings involved round-table discussions in which attendees talked about three themes: concerns regarding the budget redesign effort, which areas they value most and which areas could be reduced.

By far the largest answer about what to reduce has been the central office. Community members overwhelmingly have called for cutting administrators, with many referring to TPS as top-heavy. Some expressed frustration with the district’s latest central office reorganization, which added 28 jobs at a cost of $1.5 million.

Gist addressed these concerns during Monday’s school board meeting. Rather than being top heavy, the superintendent said the central office was understaffed and didn’t carry a high cost.

Although the reductions likely will start at the central office, Gist said the savings won’t be nearly enough to offset the $20 million deficit.

“It is very difficult,” she said. “We agree with that sentiment. We always have started as far away from students and children as we can (during budget cuts). But the relative amount that we spend, which is a fraction of our overall budget, on the district office won’t get us even remotely close to what we need to be able to handle the structural deficit.”