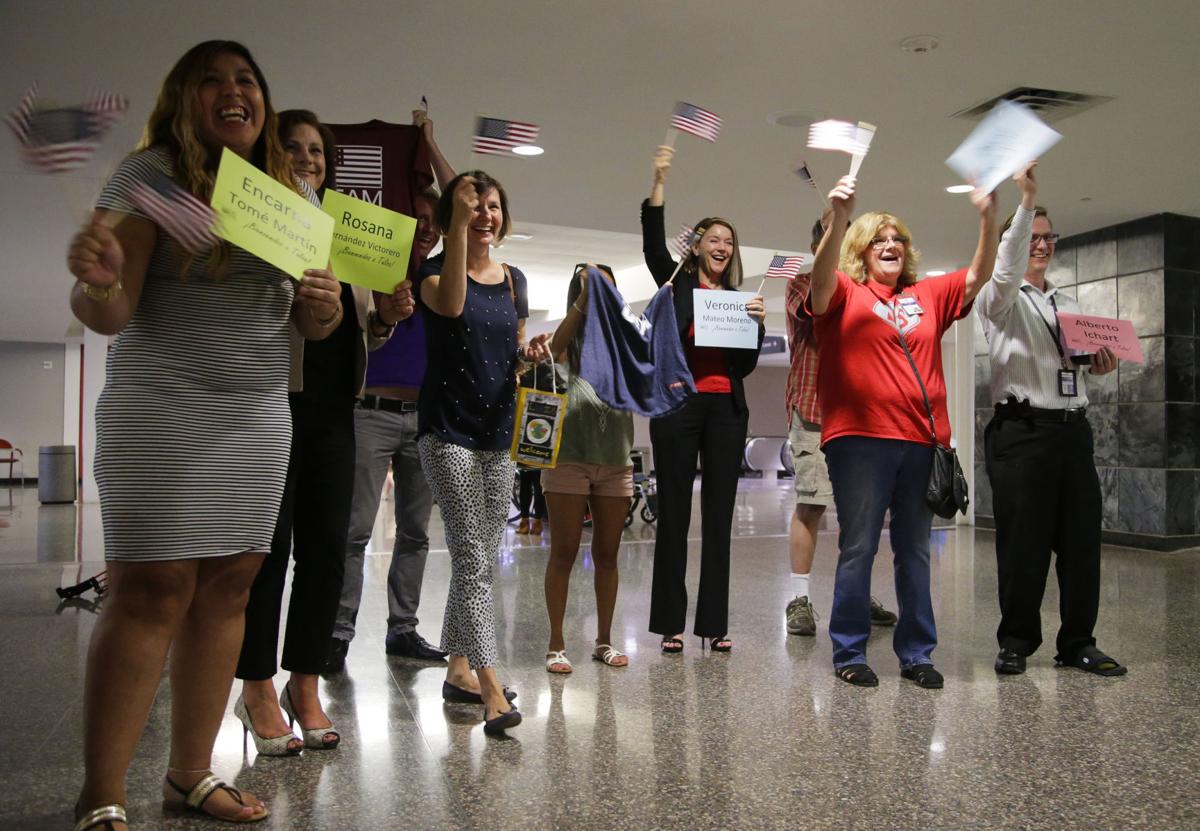 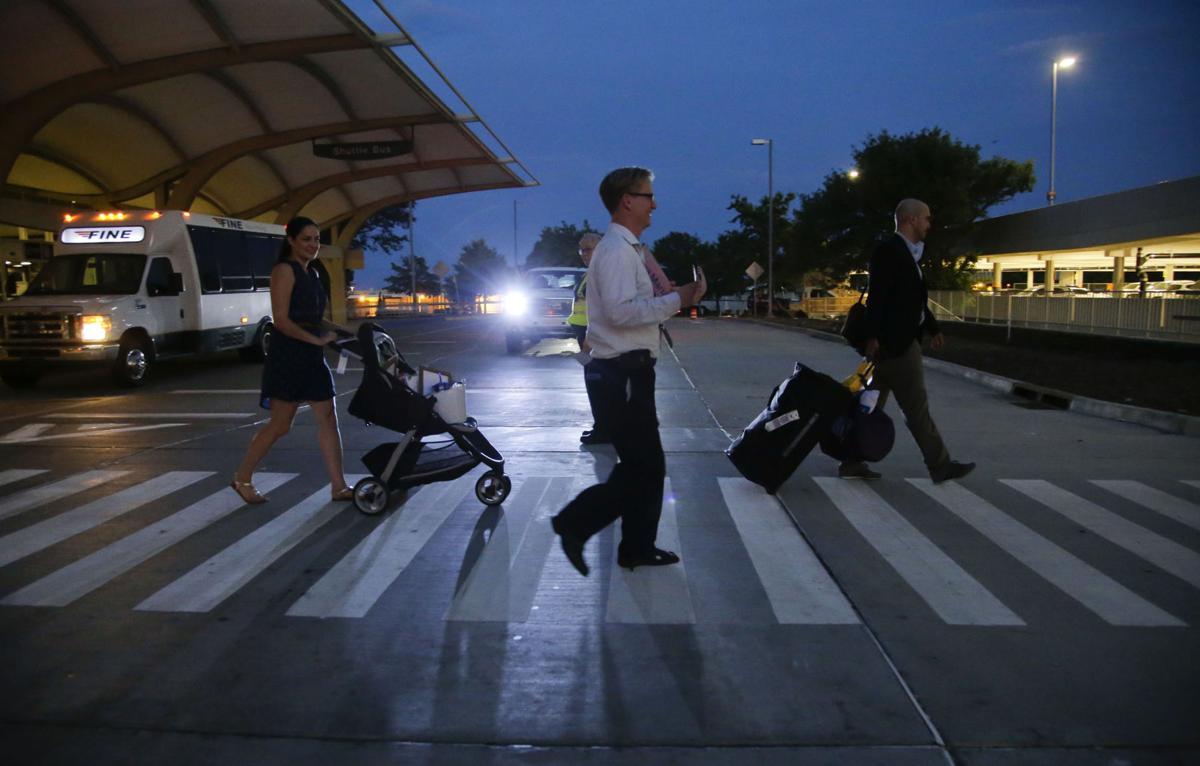 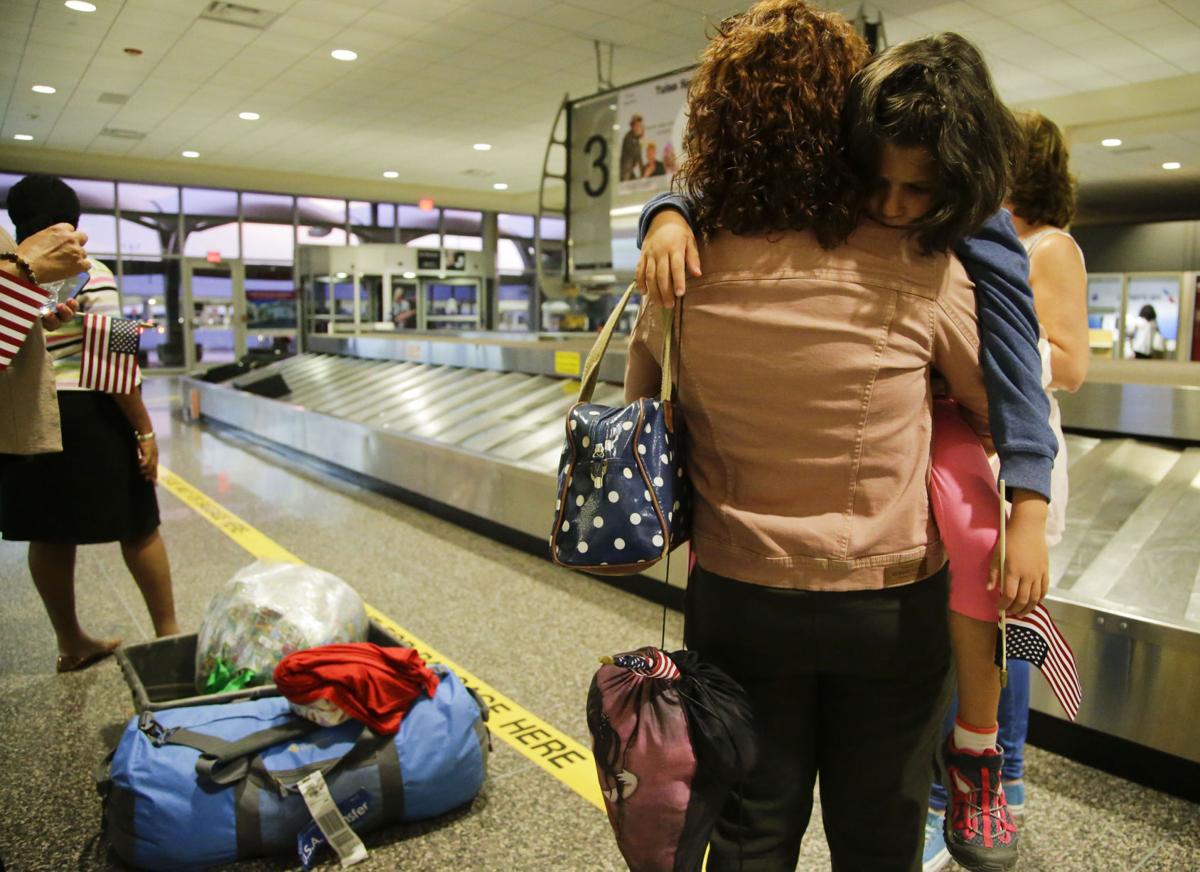 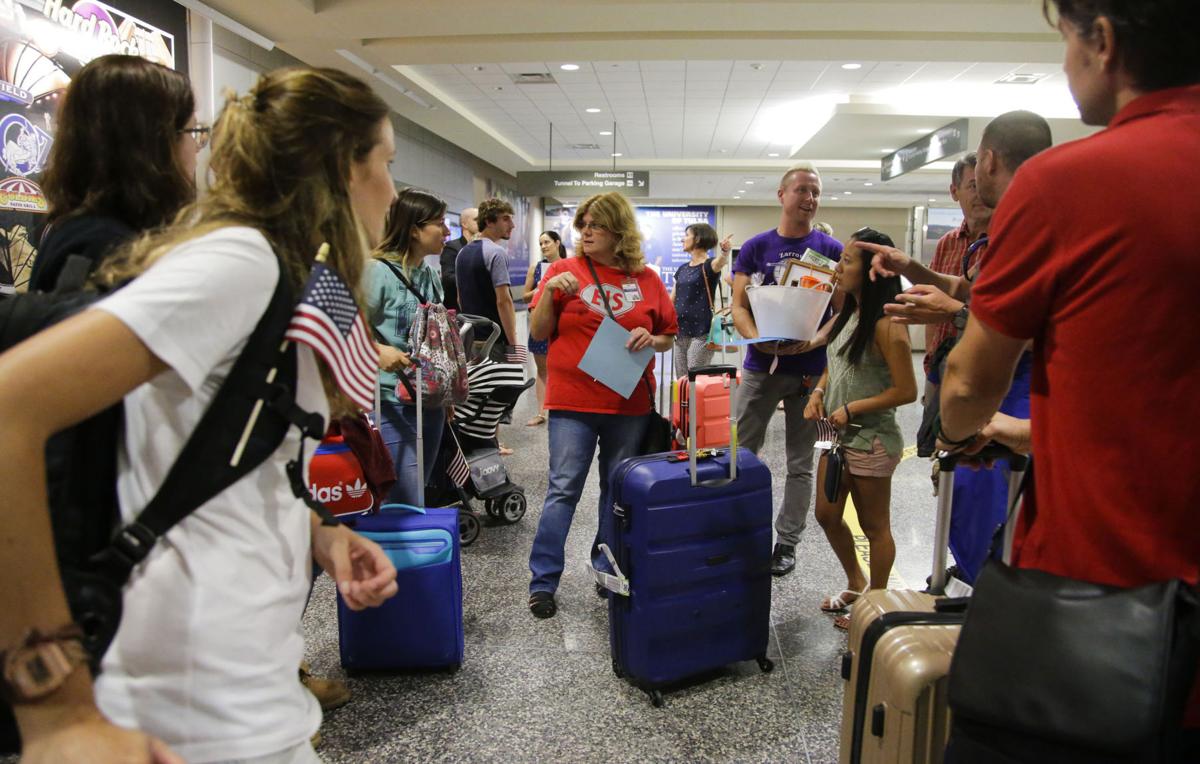 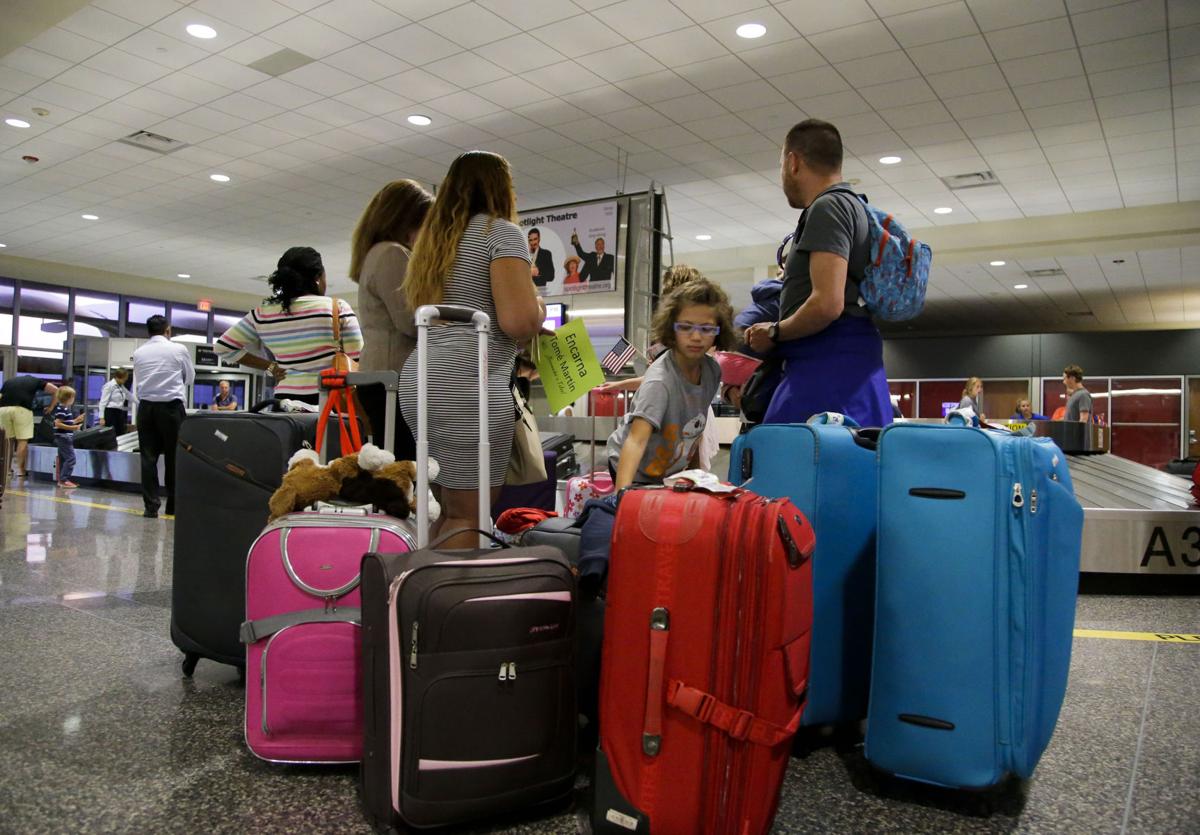 Teachers wait for their bags at the Tulsa International Airport after arriving from Spain, Tuesday, July 26, 2016. JESSIE WARDARSKI/Tulsa World 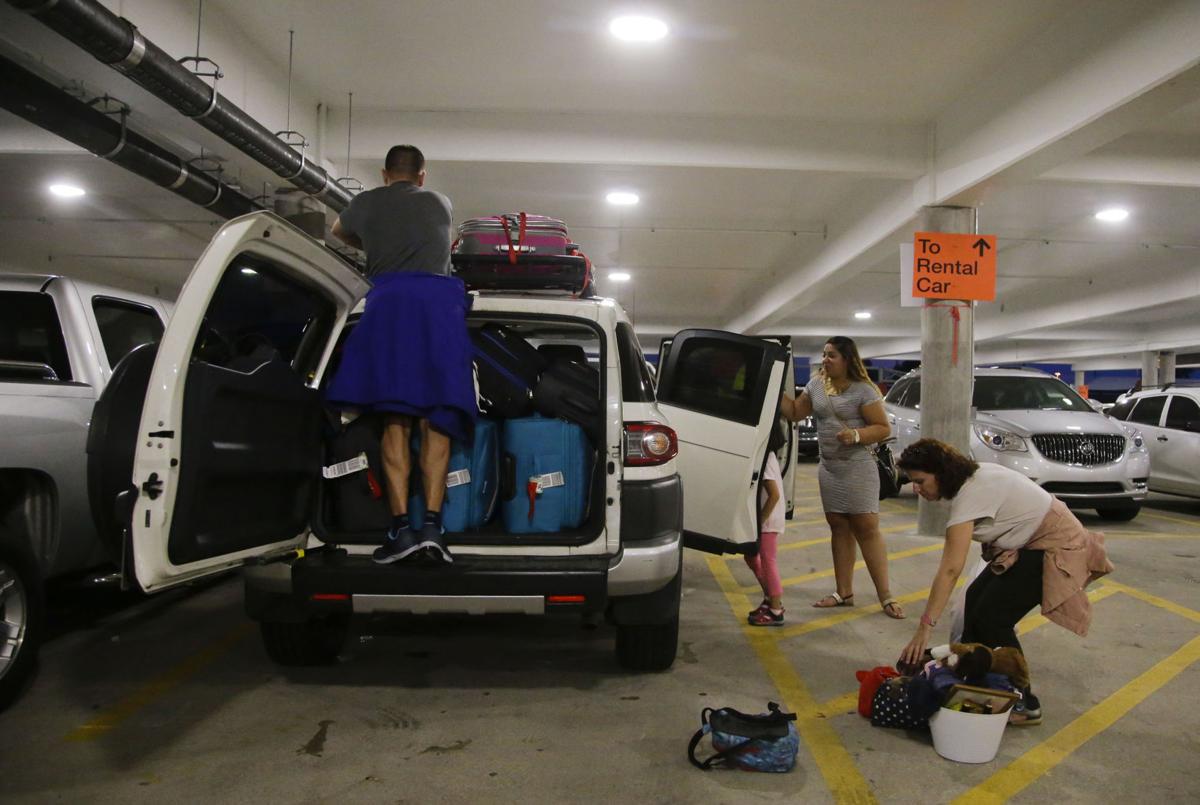 David Tome Martin loads the back of a vehicle with his families suitcases after arriving from Spain at the Tulsa International Airport Tuesday, July 26, 2016. JESSIE WARDARSKI/Tulsa World 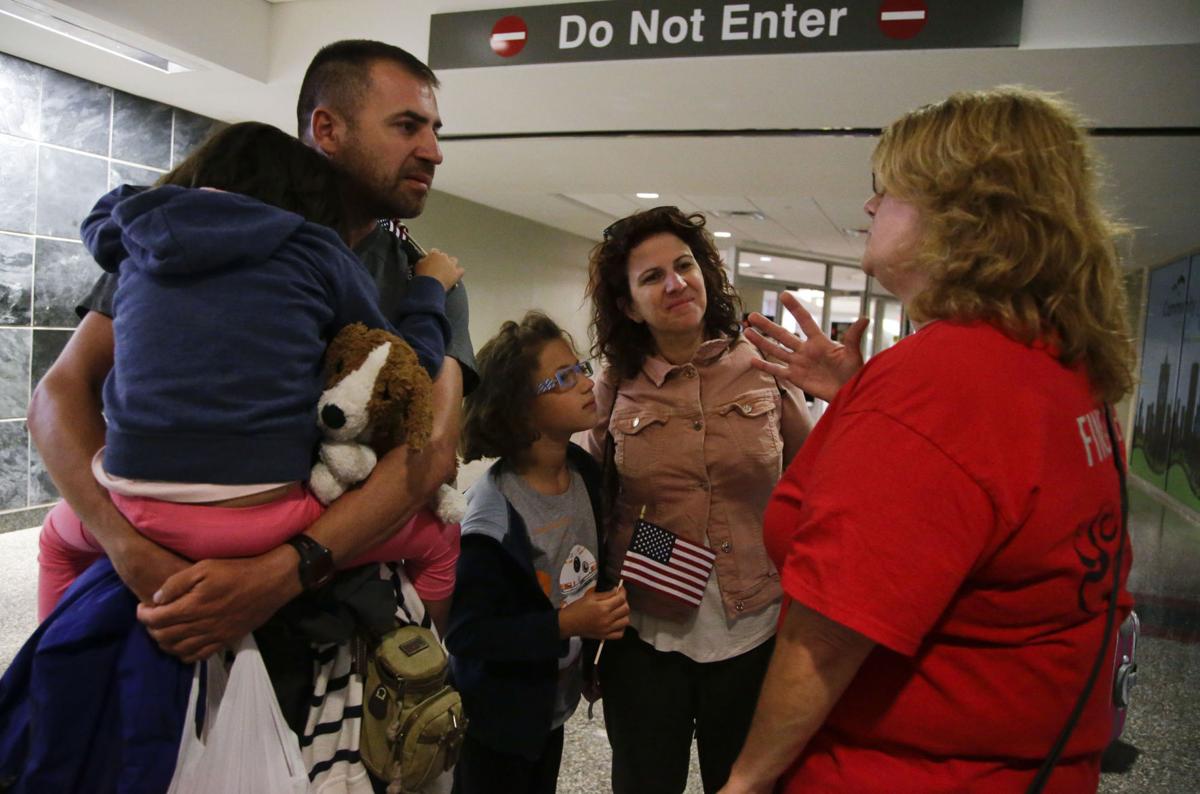 Luis Plaza Vela likens his opportunity to teach in America to an athlete going pro.

“I teach English, so this is like playing in the Premier League,” the Madrid native said. “If you want to teach English, there is no better place than here to learn more and improve my teaching abilities.”

Tulsa Public Schools is welcoming Plaza Vela and 11 of his fellow countrymen as teachers. When the new school year begins in August, they will join 15 other Spaniards recruited since 2014 to teach in Tulsa classrooms.

That was the year the Oklahoma State Department of Education selected TPS and the Oklahoma City school districts for a guest teacher program with Spain that many other states have already been participating in for nearly three decades.

The guest teachers are on annual contracts just like any other Oklahoma public school teacher, but the school districts have the option to renew them up to two times for a total of three years.

The host school districts also pick up the fees to process the teachers’ temporary visas and immigration documents, but otherwise the costs of salary and benefits are the same.

Bradley Eddy, the director of certified talent at TPS, said the teachers help the district cope with a critical shortage of world language teachers.

They are placed primarily in schools with language immersion classes and programs, including Eisenhower and Zarrow international schools, and Kendall-Whittier, Sequoyah, Skelly, and Springdale elementary schools. Eddy said one will even be assigned to teach Spanish elective classes at Hale Junior High School.

Plaza Vela will be teaching fourth grade at Dual Language Academy, 2703 N. Yorktown Place. He comes to the job with five years of formal teaching experience, but the 32-year-old said he started teaching guitar lessons at 16 and hasn’t stopped teaching since.

“We have many more years of training and that sort of thing before you enter an academy,” Plaza Vela explained of the education process in Spain. “One of the reasons I wanted to come here is we know from speaking to teachers who have already been here that it is a wonderful system with methods that are working.”

Maria Tomé came to the U.S. to teach with her husband, David Alegria, and the couple brought along their 5- and 7-year-old daughters. Tomé has been assigned to teach first grade at Springdale Elementary, 2510 E. Pine St.

“I want to teach the students my idioma — my language — and my culture,” Tomé said, laughing at herself for breaking into Spanish. “Also, my older daughter was in bilingual classes in Spain, so she knows some English, but I want both of my children to learn it well.”

Teachers wait for their bags at the Tulsa International Airport after arriving from Spain, Tuesday, July 26, 2016. JESSIE WARDARSKI/Tulsa World

David Tome Martin loads the back of a vehicle with his families suitcases after arriving from Spain at the Tulsa International Airport Tuesday, July 26, 2016. JESSIE WARDARSKI/Tulsa World