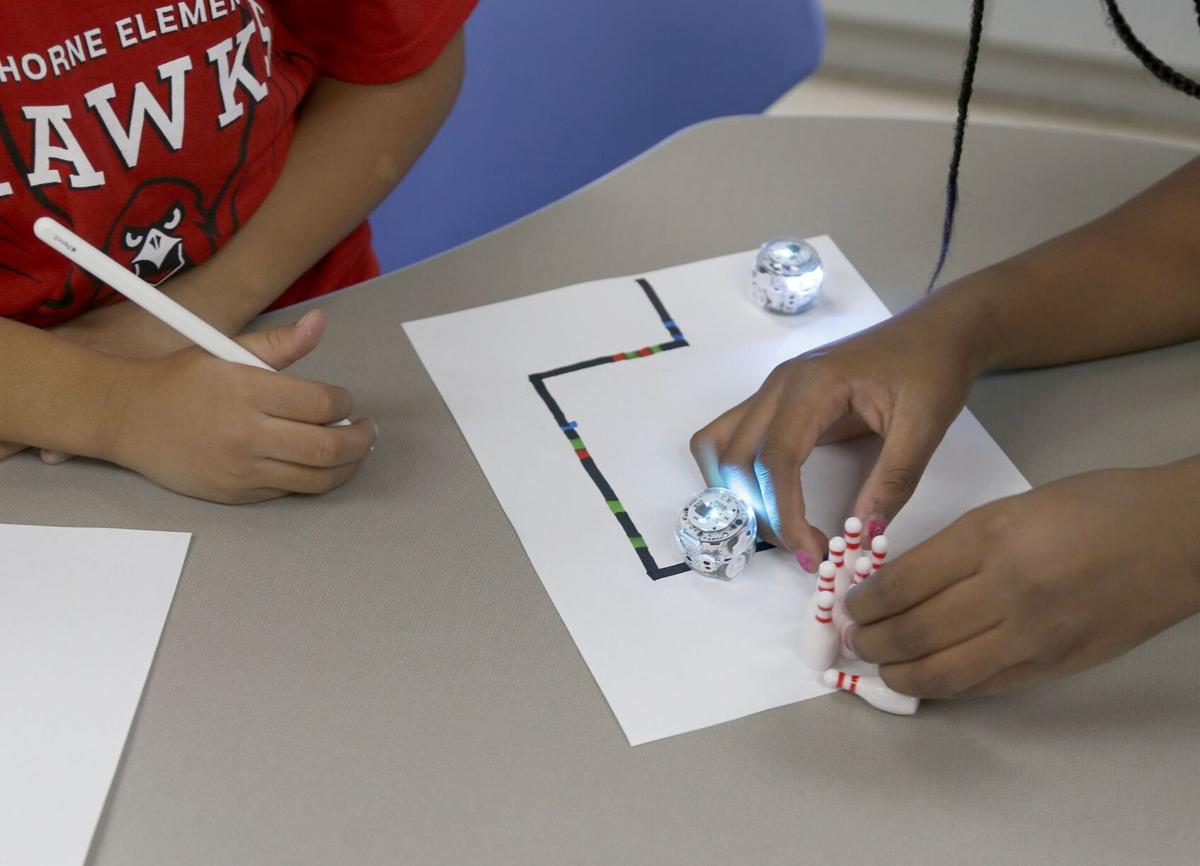 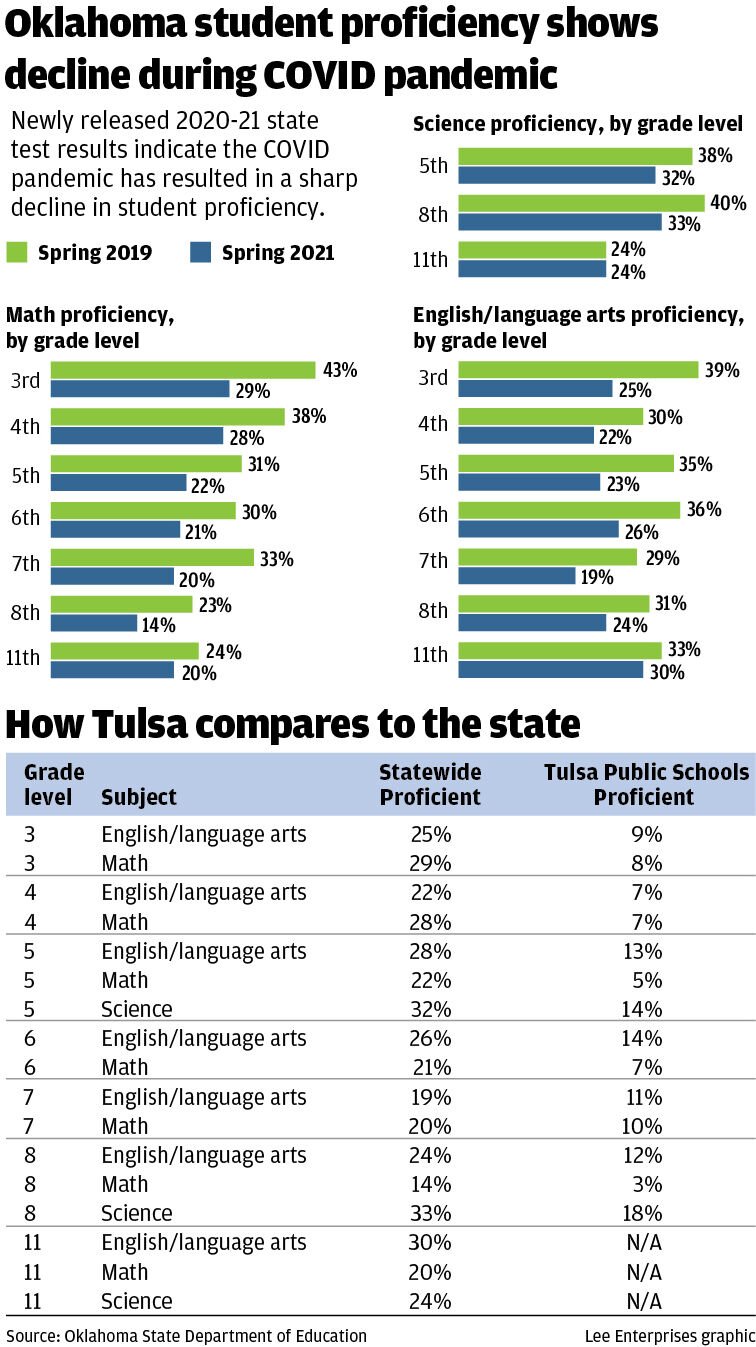 Tulsa Public Schools students were not exempt from the impact of COVID-19 on state standardized testing this spring, data released Thursday morning show.

TPS did not release testing data for 11th grade students.

In a written statement, TPS officials acknowledged the impact that the ongoing pandemic has had on student academic performance, including testing.

“COVID has disrupted all large scale assessments. Because of those disruptions, it is difficult to determine what — if any — conclusions school districts can draw from 2020-2021 (Oklahoma School Testing Program) results.

“There is one thing we know for sure: COVID-19 has exacerbated economic disparities nationwide and with a student population that is 81% economically disadvantaged, it is likely that increased disparities affected student learning, testing experiences and testing results.”

By contrast, 31 of the district’s 45 elementary schools had at least one grade where no students tested at a proficient or advanced level in a subject, as was the case at four middle school and junior high campuses, two charter schools and three alternative sites.

Test scores for students who attended Tulsa Virtual Academy during the spring 2021 semester were included with the results for the brick and mortar schools they attended in 2019-20.

On Thursday, officials with the state Department of Education reiterated that prior to COVID-19, statewide participation rates were federally required to be at or above 95% to guarantee that the results provide a full representation of student performance. However, the state has received a waiver from the U.S. Department of Education for spring 2021 participation rates.

District-wide, only the third and fourth grades met that testing threshold. Furthermore, more than a dozen campuses had at least one grade with a testing participation rate below 80%, including Anderson, Bell, Hawthorne, Marshall, Mayo Demonstration and Whitman elementary schools; Greenwood Leadership Academy, five of the district’s 10 middle and junior high schools, and two charter school partners.

Elsie Urueta Pollock is the executive director of Tulsa Honor Academy, a TPS-sponsored charter school. She said THA’s test scores were about what she anticipated thanks to the pandemic and that the school will use those data points to assess individual students’ needs.

“We weren’t surprised by the results,” she said. “We’re proud that despite so many challenges, we didn’t drop as much as we thought we might. We’re proud of the hard work our scholars and teachers put in to get the results that we did get.

“We know we have a lot of hard work ahead of us. We’ve always used data to guide our instruction, and we will continue to do that.”

Featured video: Educators in a crisis

Will alien species rise globally by 2050?