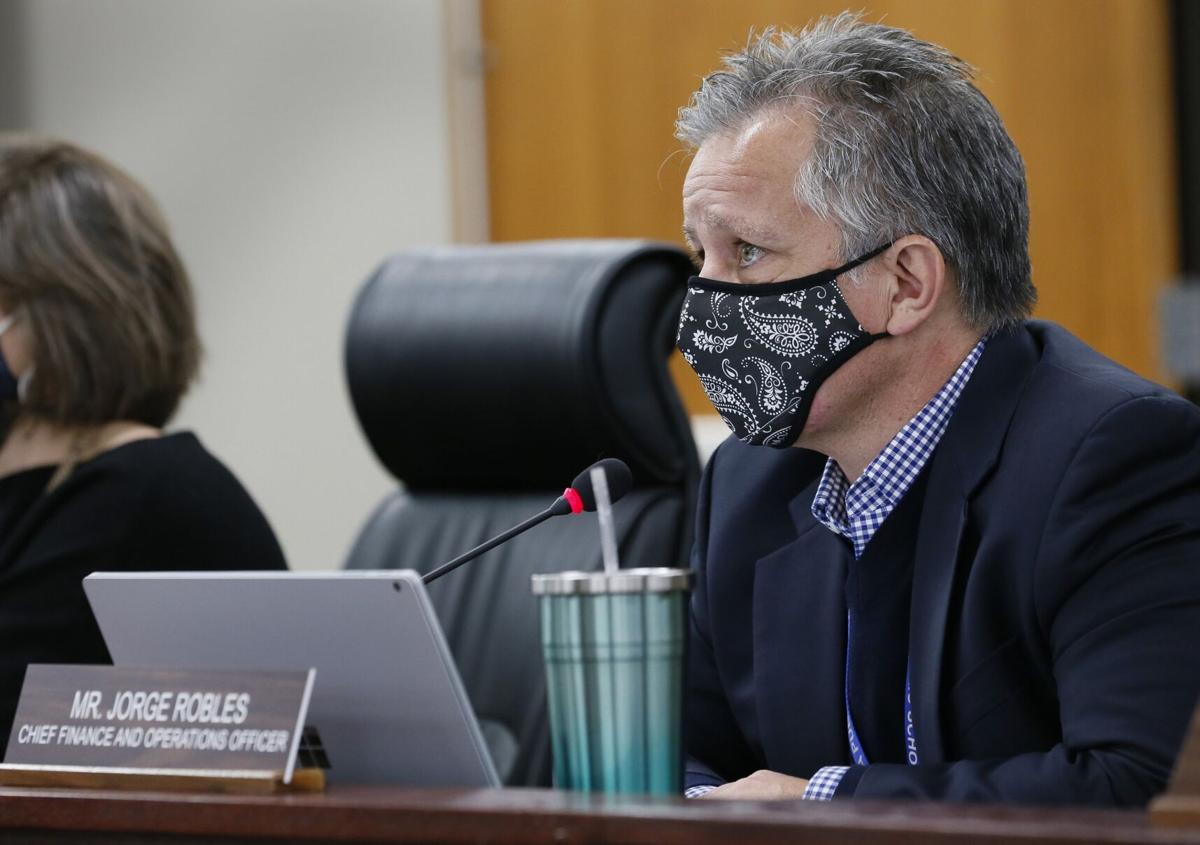 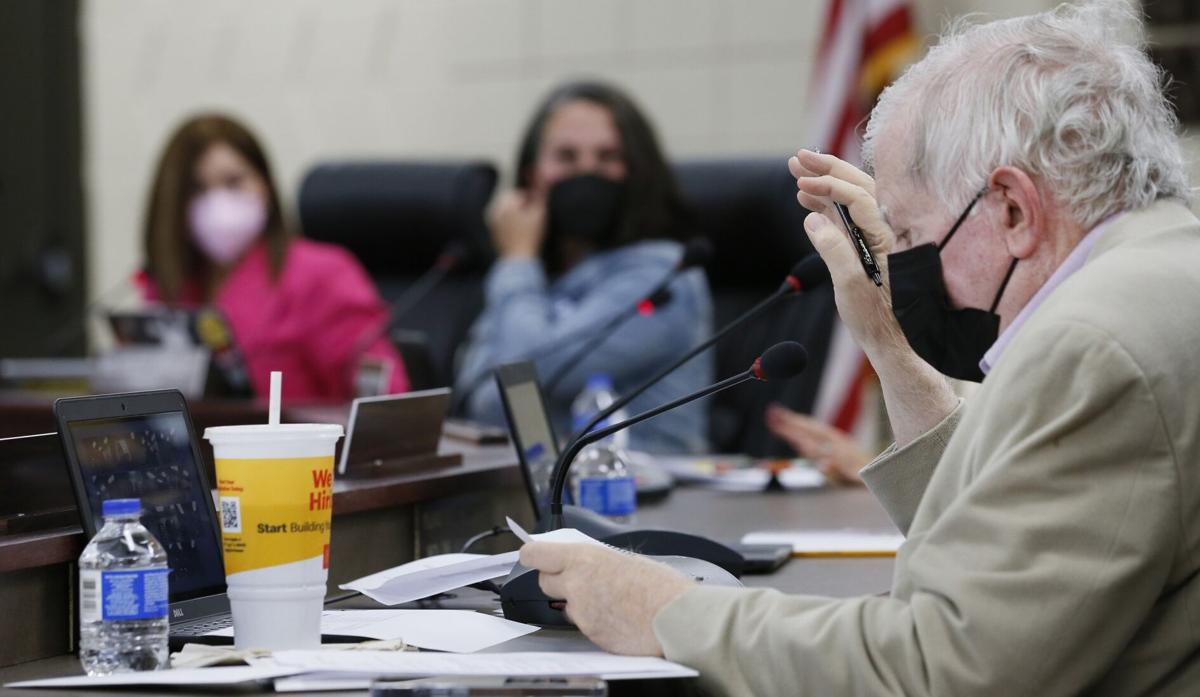 Tulsa school board member Jerry Griffin asks questions about the changes to the mask policy at Monday’s board meeting. 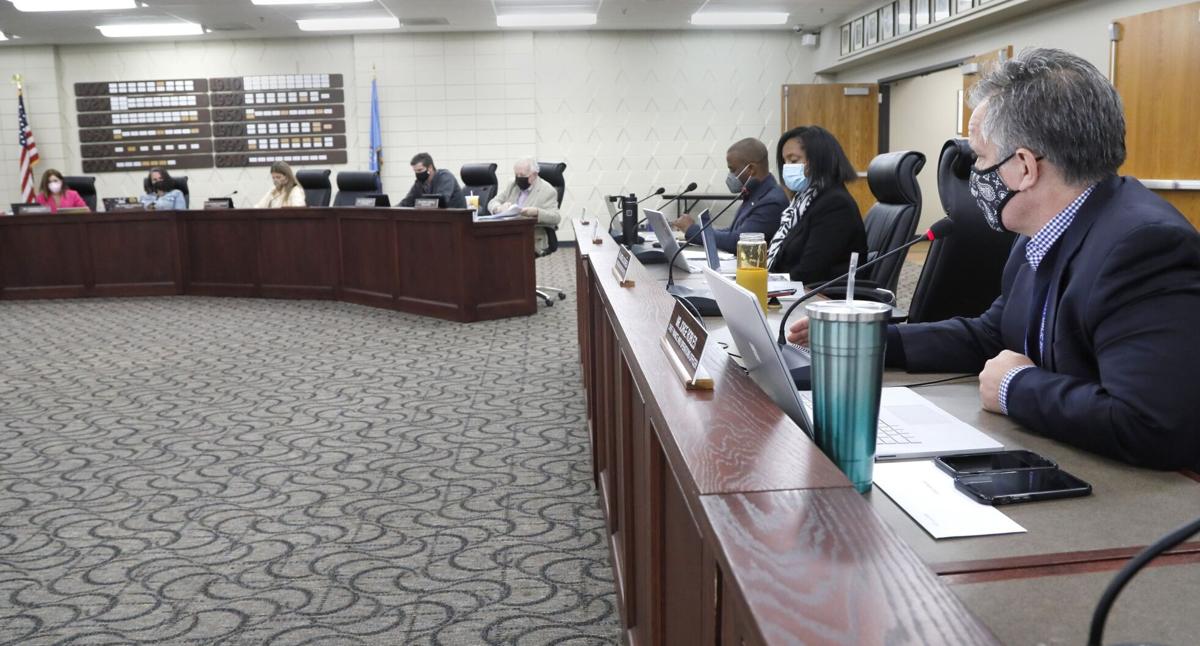 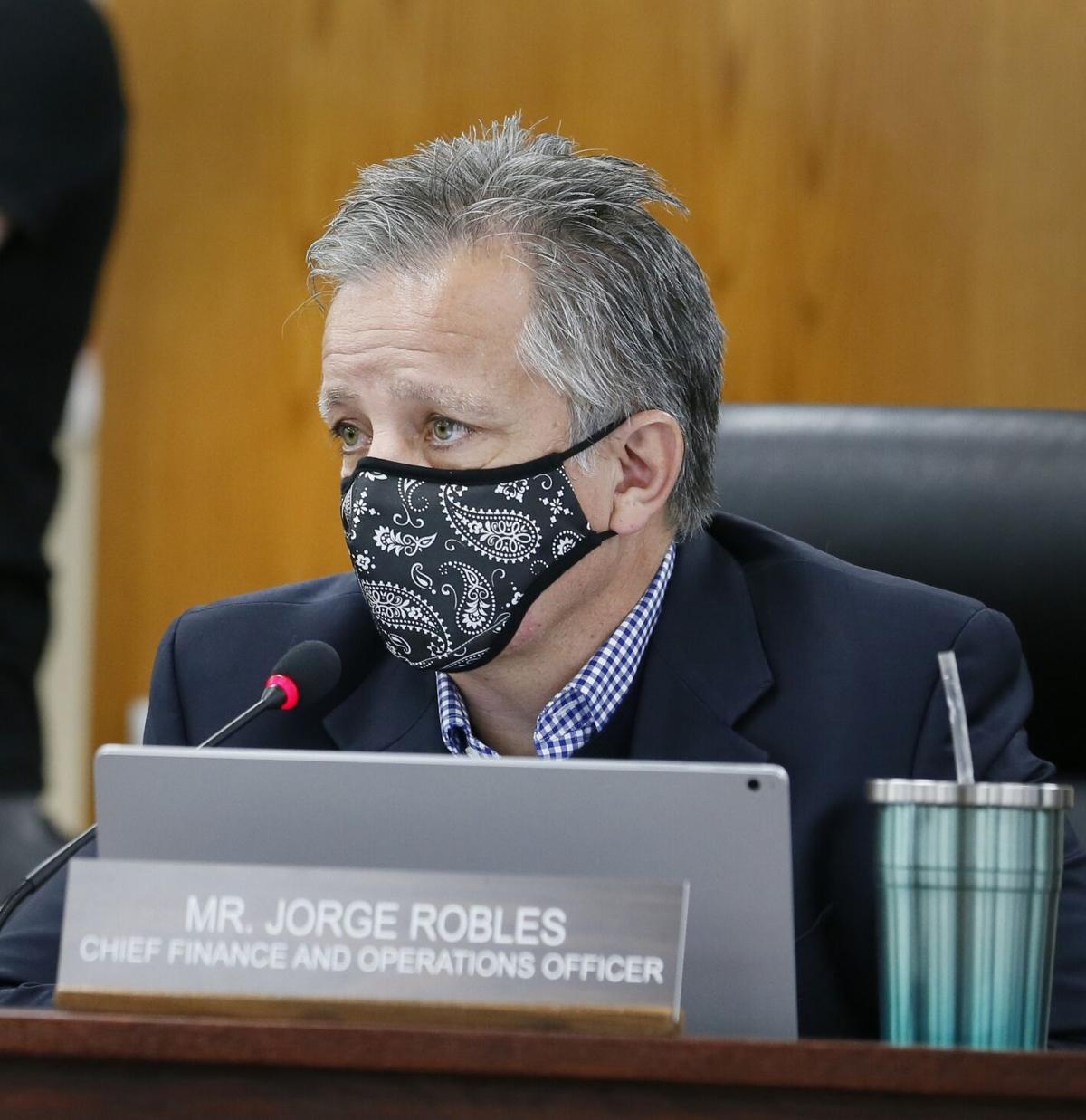 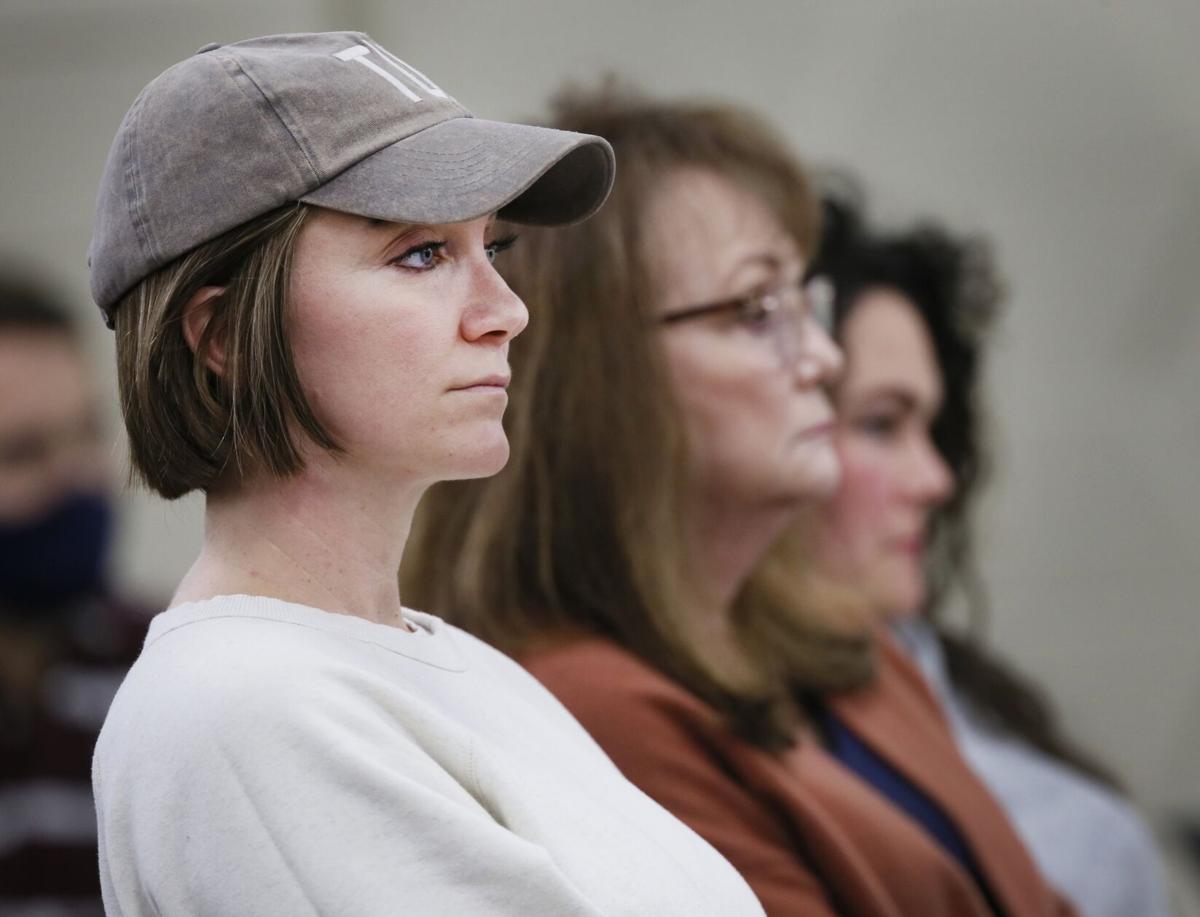 When Tulsa Public Schools staff and students come back from Thanksgiving break on Nov. 29, there will be some adjustments to the district’s COVID-19 protocols.

As part of a staff report during Monday night’s school board meeting, Superintendent Deborah Gist and TPS Chief Financial and Operations Officer Jorge Robles laid out the planned changes, including a timetable for rolling back the district’s masking policy barring an uptick in COVID-19 cases among the district’s staff and students.

“We will continue to monitor the data and work with health care experts,” Robles said. “If the trends change and we get advice that we would be safer to put some of those practices back in place, we will take those steps if necessary.”

Citing a desire to give families more time to access pediatric vaccine doses, students attending an elementary, middle or junior high school or one of the district’s four combined middle and high school campuses will still have to wear masks on campus through Jan. 4.

Due to a federal mask mandate for public transportation, students and staff will still be required to wear masks on school buses.

Additionally, starting Nov. 29, TPS will allow parents to volunteer inside school buildings. Parents will not be allowed in schools to volunteer if they are symptomatic and will be encouraged to wear a mask if they are not vaccinated.

The district will continue to publish updated COVID case counts weekly and will still require students and staff who test positive to isolate at home. However, after Thanksgiving break, exposed students and staff will not be required to quarantine unless they become symptomatic.

When asked by board member Jerry Griffin about the decision to launch the changes after two holiday breaks rather than immediately, Gist said it was in order to provide enough time for site leaders to brief their staffs about the impending changes.

“It’s more than just the masks,” she said. “It’s changes to other protocols. We need to give them time to communicate with their teams.”

Meanwhile, on the information agenda, the board got its first look at resolutions to change the grade configurations at the elementary and junior high campuses within the Hale and East Central feeder patterns, as well as at two alternative sites.

As presented, starting with the 2022-23 school year, the 16 elementary schools across those feeder patterns would go through fifth grade rather than sixth grade. Those sixth graders would instead attend East Central and Nathan Hale junior high schools, which would become middle schools.

If the changes are approved, all of the district’s elementary schools would go through fifth grade. With TPS’ 2022-23 enrollment window opening in early January, the proposals are slated to go before the board for approval in December.

Prior to the pandemic, the district had considered adjusting some of its elementary schools to a prekindergarten through eighth grade model in an effort to minimize the number of student transitions. However, Gist said the district is setting those efforts aside.

“We would have to have the capacity to take on the project of having a whole new way of managing a new grade configuration we don’t have, she said.

“Even though there are some examples nationwide, it’s not as simple as just having an elementary school and a middle school in the same building. It’s a whole model that has to be built out differently.”

Hale Junior High School is the third TPS site to get the program teaching archery, fishing, bowfishing and hunter safety.

Union's board of education voted 3-2 Tuesday night to reject a recommendation from Superintendent Kirt Hartzler to suspend the district's mask requirement. Instead, the policy will remain in place until at least mid-January.

Catoosa Public Schools has hired Robert Schornick to be its new superintendent.

Its first appearance in the event since 2013, the Union High School band was originally slated to march in the 2020 Thanksgiving Day parade, but COVID-19 forced a year's delay.

The Oklahoma State Department of Education announced Tuesday that it will use $5 million in federal COVID-19 relief funds to train and pay 500 math tutors to work with up to 1,500 seventh, eighth and ninth grade students across Oklahoma annually through summer 2024.

Tulsa Community College has been awarded a $2.25 million federal grant to expand academic supports for students, including adding embedded tutors to more than 40 developmental reading and writing sections by the fall 2026 semester.

"Now that life is returning to normal, we have seen an expected decline in enrollment," @EpicCharter superintendent says without specifying the number of employees being cut. #oklaed

Owasso Public Schools Superintendent Amy Fichtner, who has served in her role since July 2018, will step down from her position effective Dec. 31.

Tulsa school board member Jerry Griffin asks questions about the changes to the mask policy at Monday’s board meeting.