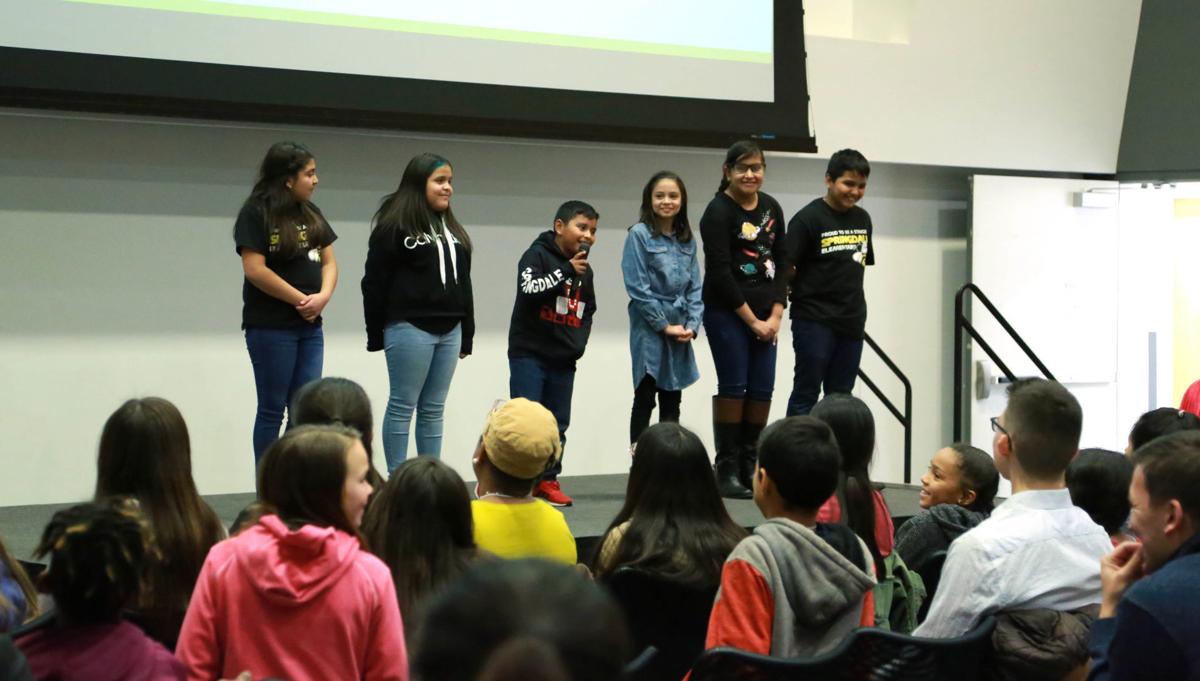 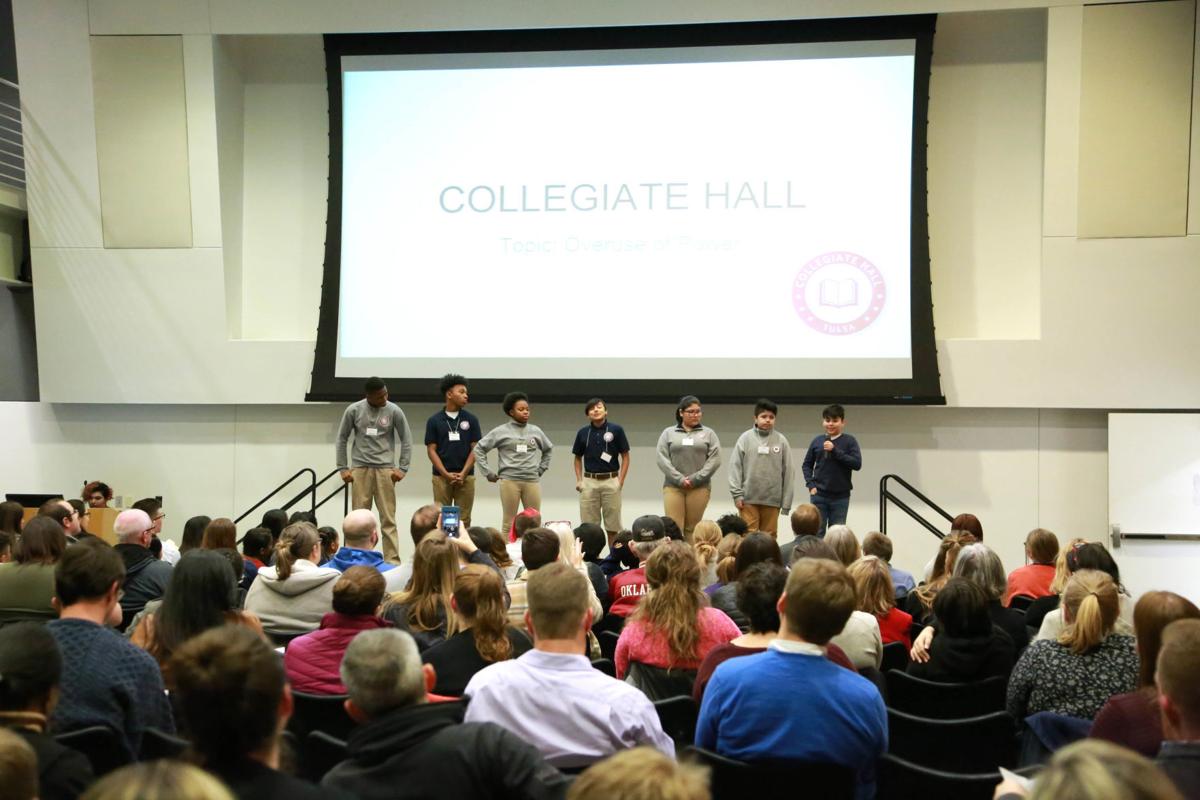 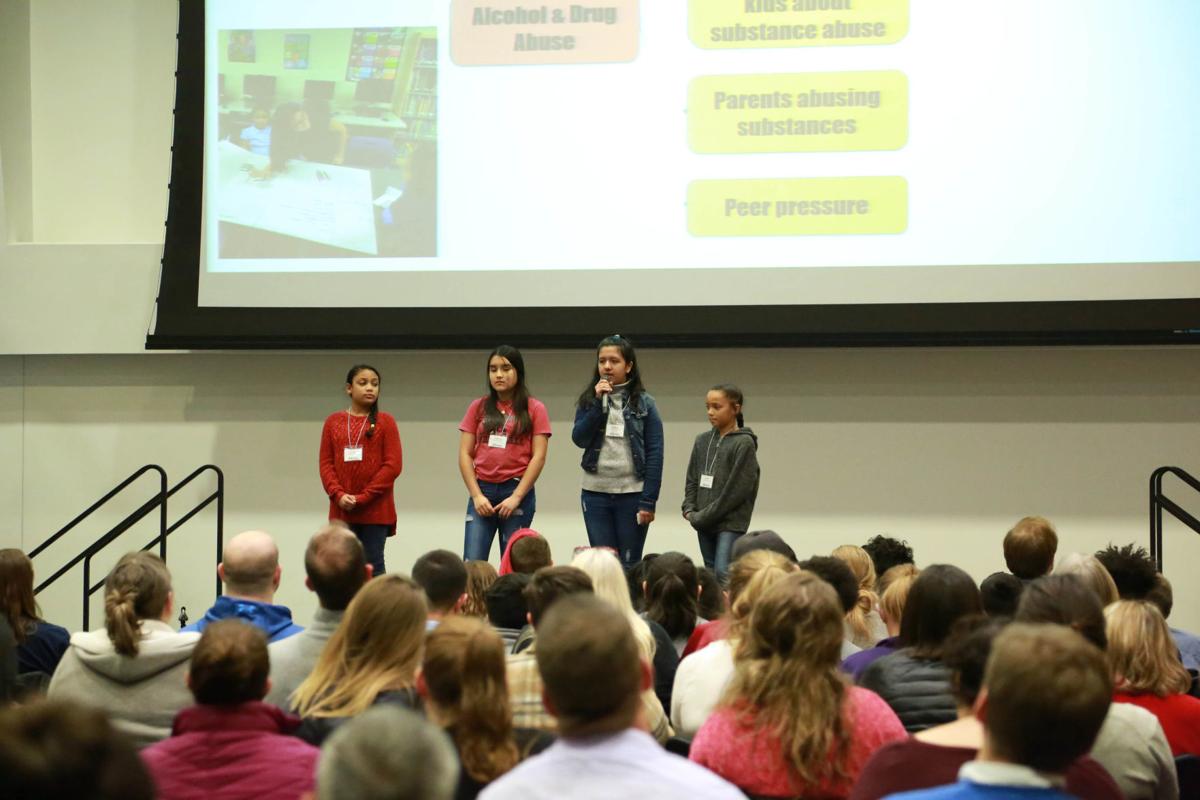 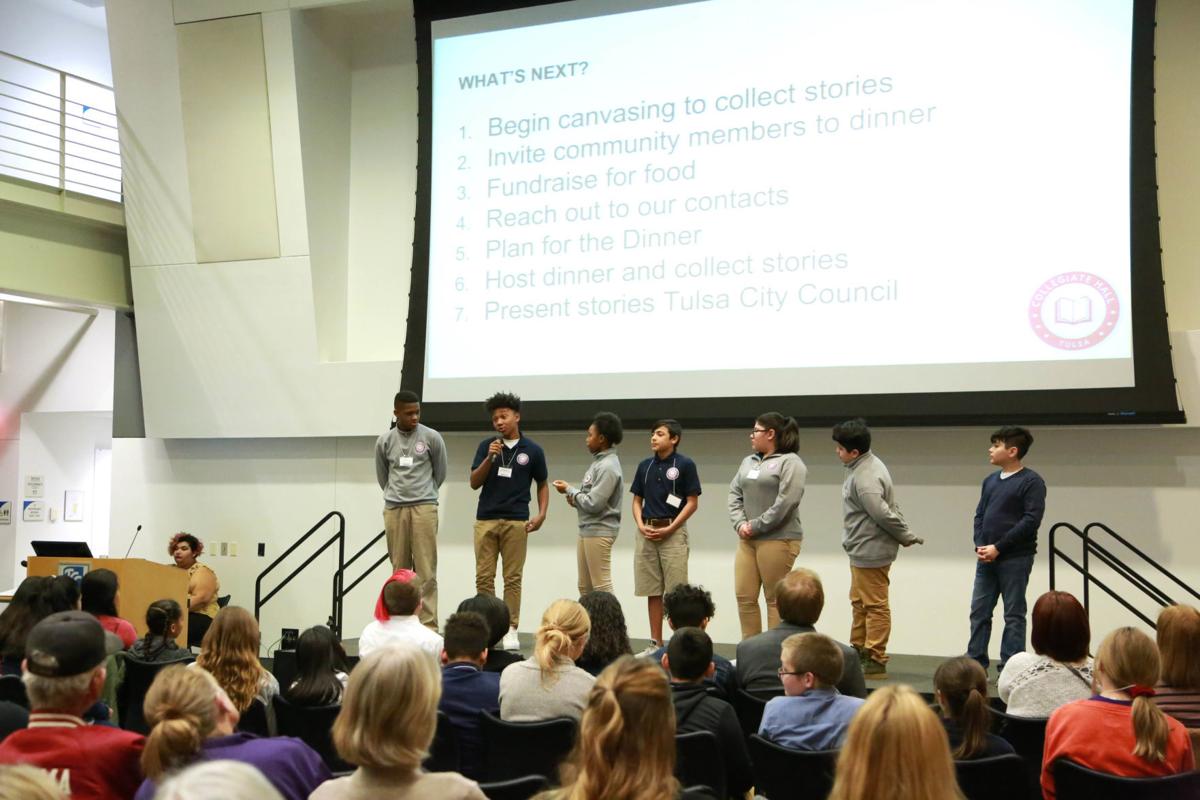 Seventh-grader Jose Guerrero and his fellow Changemakers at Collegiate Hall heard complaints about police using excessive force against people of color, so they decided to do something about it.

The students organized a community dinner to be held in February to raise awareness and elevate the voices of those who have been affected. Then they’ll present the stories to the Tulsa City Council.

It might not be much, but Jose hopes it’ll be enough to at least ignite a conversation about an issue many believe has been long ignored.

Student teams from 16 local schools have spent the past few months researching issues in their communities and organizing impact projects in response to that research. Eight teams presented their findings during the biannual Tulsa Changemakers Pitch Night on Tuesday. The other eight will share what they’ve learned and accomplished during a second pitch night at the Tulsa Community College Metro Campus on Wednesday.

Tulsa Changemakers is an after-school youth leadership development and action program that empowers elementary, middle and high school students to make meaningful change in their schools and communities.

“We got a really positive response from teachers and members of the community,” Lerner said. “We don’t really go out and target schools or anything like that, but we’ll have teachers and administrators who hear about us through things like pitch night or just the work we’re doing in the community, and they’ll say, ‘How do we bring that to our school?’”

Since September, students from 16 schools across Tulsa Public Schools and Union Public Schools have conducted listening campaigns in their communities and launched impact projects to address needs they identified.

Fourth-grader Soriah Cantulopez and her classmates at Springdale Elementary School chose to make their school healthier and more engaged for their project. They came up with the idea after surveying students and teachers about their concerns.

She and the other Changemakers created a plan of action that was two-fold.

The first part involved selling customized reusable water bottles to community members and using the profits to buy the first water bottle filling station for Springdale. For the second part, they introduced yoga to fifth-grade students to help them feel less stressed and more focused on school.

The students loved the yoga so much that Springdale plans to continue offering the exercise opportunity in future years. Soriah’s team intends to make an instructional video that can be played in classrooms when they’re gone.

“It’s like I’ll still be there even when I move on to sixth grade,” she said.

At Will Rogers College Junior High, student Changemakers centered their project on addressing hunger at school. The team spread awareness about how the school’s food pantry works and hosted a food drive to collect canned goods for students and their families.

Eighth-grader Robert Brown was blown away by how many donations they received. He first guessed they’d collect 400 cans at most. The total number more than doubled that.

Looking back, Robert said he was thankful for getting the chance to help those in need and knew he was lucky to be a part of Tulsa Changemakers.

“This has been phenomenal,” he said. “Not a lot of kids get this opportunity, but my teacher saw something in me and thought I could change the community. That had a really big impact on me.”