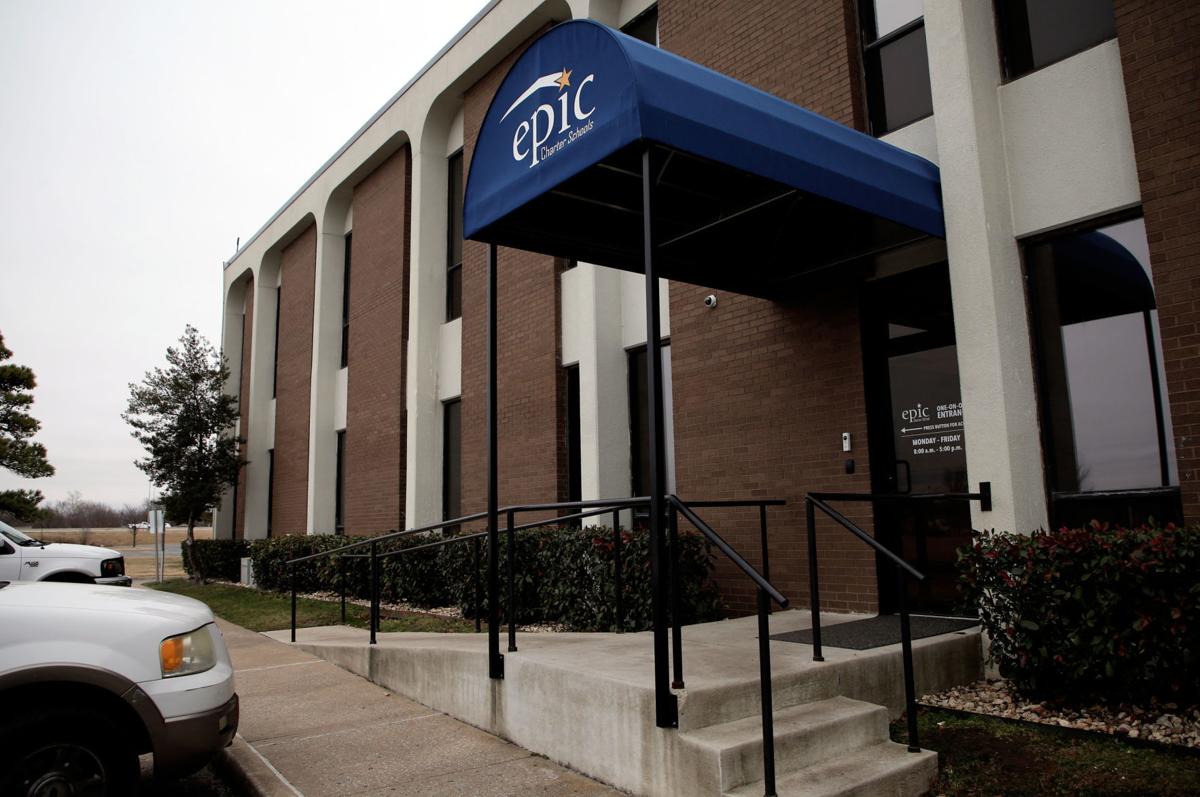 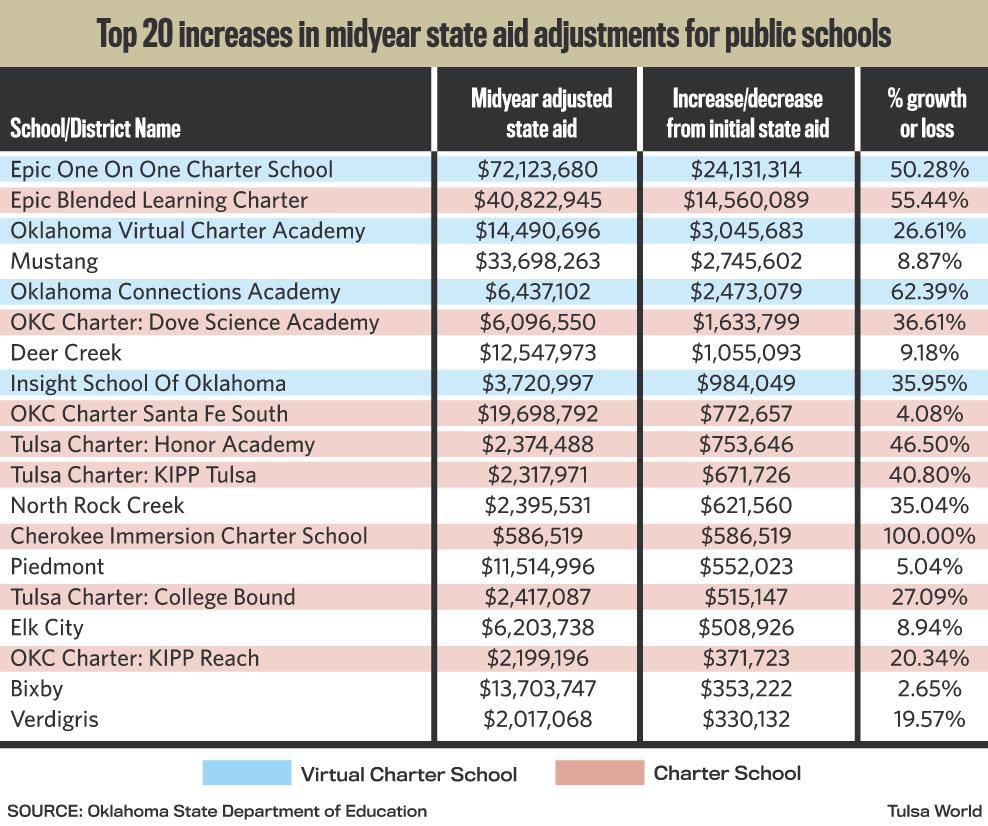 Epic Charter Schools is seeing its share of state aid soar by $38.7 million in annual, midyear adjustments just made by the Oklahoma State Department of Education.

“Their enrollment is increasing dramatically — that really is the story. Virtual is up about 3,000 kids and their blended (learning) centers are up 2,500, so they have a little over 20,000 students now enrolled between the two,” said Matt Holder, deputy state superintendent of finance and federal programs.

The Oklahoma City, Tulsa, Broken Arrow, Owasso and Moore districts are the biggest losers of state aid at midyear, each losing between $1.3 million and $2.1 million.

Twelve charter schools, including all four of the state’s virtual school choices, are among the top 20 in gaining state aid for the fiscal year ending June 30. The only traditional schools in the Tulsa area to make the top 20 are Bixby and Verdigris.

In making midyear adjustments, state education officials distributed the final remaining 1.49 percent, or $33.4 million among all of the state’s public schools.

Midyear adjustments are based on a variety of factors, including schools’ increases or decreases in student enrollment during the first nine weeks of the school year and changes in local tax revenues.

That means that some districts see their funding docked when all of those factors are considered.

Oklahoma City Public Schools and Tulsa Public Schools lost the most state aid dollars — $2.1 million each — since initial allocations of state aid were released to public schools in August.

Coming in third and fourth are Broken Arrow and Owasso, which lost $1.9 million and $1.5 million, respectively.

By comparison, that school system’s total state aid was $60.9 million at this juncture last year, and now it’s $112.9 million.

Shelly Hickman, the school’s spokeswoman, said it is worth noting that initial funding is calculated differently for virtual schools than for traditional public schools. Specifically, initial state aid is calculated on virtual schools’ enrollment as of Aug. 1 and the academic year for EPIC doesn’t begin until September.

And she noted that Epic’s staggering growth in students means the school doesn’t get nearly as much funding as it would if its current enrollment was counted for midyear adjustments.

“Our current enrollment is significantly higher than the enrollment our midterm will be based on. We have about 800 more students now than we did in October. We will be receiving no state funding on those students for this school year,” Hickman said.

Holder, the deputy state superintendent of finance and federal programs, said strong state revenue collections means he has good news for all public schools for the first time in his four years of overseeing the distribution of state aid.

“This is the first year I feel very confident in telling schools that the money being shown in midyear adjustments, they should receive all of that this year,” said Holder, who in his previous years has had to reduce state aid payments because of too-low state revenue collections.