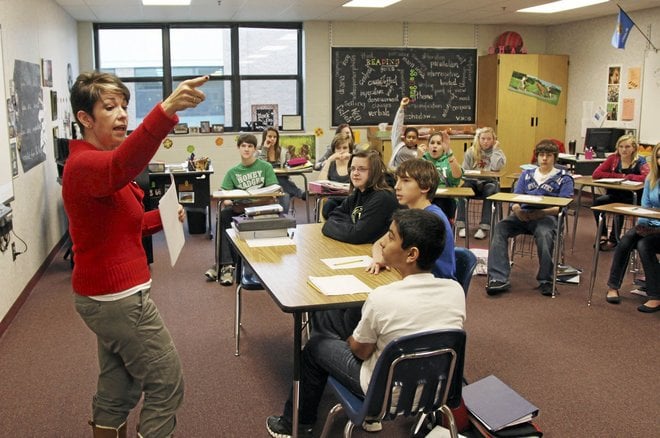 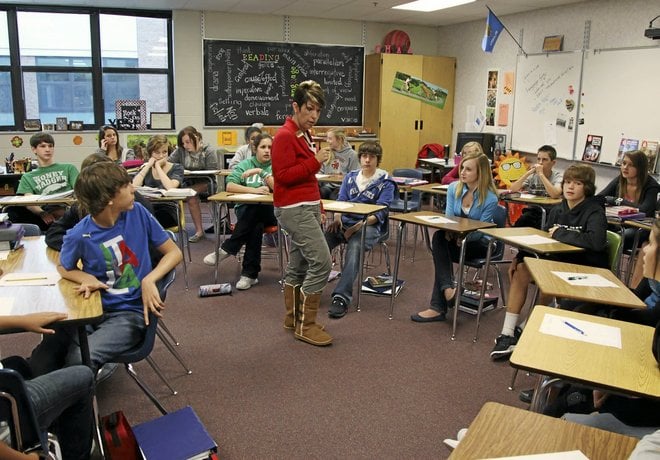 Also, 61 districts were deemed "in need of improvement," a 577 percent increase over last year's total of nine.

While Tulsa has been on that list for years, several suburban school districts are new this year, including Broken Arrow, Jenks, Sapulpa, Skiatook and Union.

State leaders said the spikes were due in large part to significant increases in 2009 in the benchmarks that mark the difference between passing or failing.

"We are taking this seriously," said State Superintendent Janet Barresi. "The increases in our benchmarks were an important change. These changes have been planned since 2002, and we knew the requirements would be more challenging. This should not be a reason to pull back. This is all the more reason to push forward with our reforms."

The federal No Child Left Behind Act requires schools to make "adequate yearly progress," or AYP, in reading and math test scores, the number of students who take standardized tests and attendance or graduation rates.

AYP must be made by all students, as well as subgroups including special education students, English language learners, racial and ethnic groups, and economically disadvantaged students, with the ultimate goal being 100 percent of students on grade level by 2014.

Consequences for sanctioned schools range from being required to offer transfers to higher-performing schools, after-school tutoring, and even school-wide restructuring.

Districts are sanctioned when they have at least one school at each level offered, such as elementary, middle and high school, that has not made AYP for at least two years.

Jeff Wright, principal at Jenks East Intermediate School, said of around 1,000 fifth- and sixth-graders at his site, a group of 54 students landed the school on the list.

"They were English language learners and most of them are seventh graders (this year) and aren't even at our site anymore," he said.

Most of those students had been in the U.S. less than a year, and some came from refugee camps in Burma and had never attended school in their lives.

"Nevertheless, we have taken significant steps ensuring we do everything we can to make sure ELL students are succeeding," he said. "But this is a system that has to be fixed."

Oklahoma is among a slew of states that have said they will take advantage of the federal government's offer of waivers to No Child Left Behind requirements. Applications aren't due until mid-November, but the waivers are expected to shift the focus of school accountability systems onto individual student growth.

"The No Child Left Behind testing nonsense has been perpetrated on school districts for more than eight years, and the process of comparing unlike groups makes no sense to parents or school personnel. It is long past due for major and logical changes to take place," he said.

School districts across the state are still awaiting the release of final Academic Performance Index scores, which state officials say will happen next week.

Lehman said he believes his district's overall API scores will increase from 1,298 to 1,316 on the 1,500 scale, so the sanctioning of Jenks to the District Improvement List is "very challenging" for parents and other patrons to understand.

"As we have stated for several years, a valid and reliable statewide testing program would require schools to 'follow' individual students and identical groups of students from year to year, rather than comparing totally different student groups year after year," Lehman said.

Janet Dunlop, chief academic officer at Broken Arrow Public Schools, said they have received three sets of AYP results labeled "final" from the state Department of Education and are still awaiting a fourth.

"The test results we are waiting on are from the last school year, and even though the data from these tests is supposed to help guide instruction, we cannot simply sit and do nothing as we wait," Dunlop said. "In the time since the tests were given, we've implemented several new initiatives, such as Literacy First and Reading Recovery, to improve the quality of education we offer our students. We are much more concerned about meeting the individual learning needs of each student than we are a test score, so with or without standardized testing, high quality instruction will continue to take place in Broken Arrow."

Tulsa Public Schools had 24 schools sanctioned to the list in 2010, compared to 38 schools this year. Of those named to the list on Thursday, 16 were either closed or had significant grade reconfigurations over the summer months as part of a local efficiency initiative called Project Schoolhouse.

For example, Alcott, Cherokee and Roosevelt elementary schools were sanctioned, but they have been shuttered.

In August, TPS offered transfers to students at 19 schools they expected to be named to the Improvement List.

Larry Smith, assistant superintendent for accountability, said they had not expected Jackson Elementary or McLain High School for Science and Technology to be sanctioned. He said TPS will offer students at those schools transfers to higher-performing schools with vacant seats, but "I don't know how many will be interested this late in the year."

Todd Nelson, director of student achievement at Union Public Schools, said his district had filed an appeal about its possible sanctioning to the District Improvement List, but never received a response.

"We are still waiting to hear from them," he said. "We want our patrons to know that it may not be the situation."

Oklahoma schools to get $9.78 million for students facing homelessness

Originally authorized in 1987, the McKinney-Vento Act is a federal law that requires public school districts offer specific services and supports for homeless students and their families.