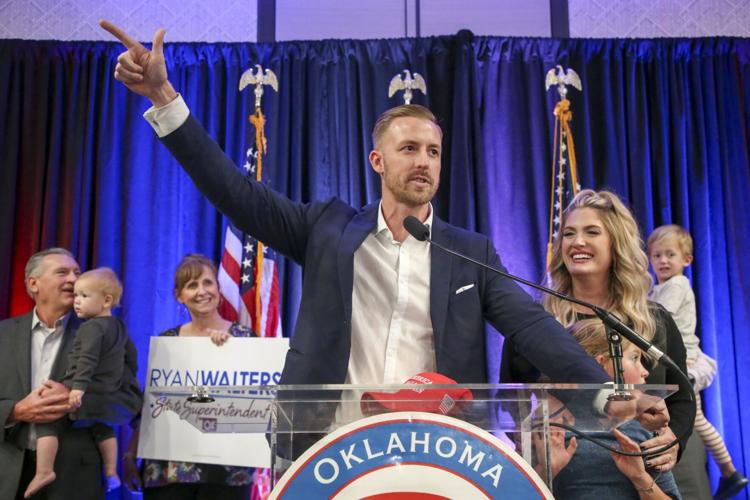 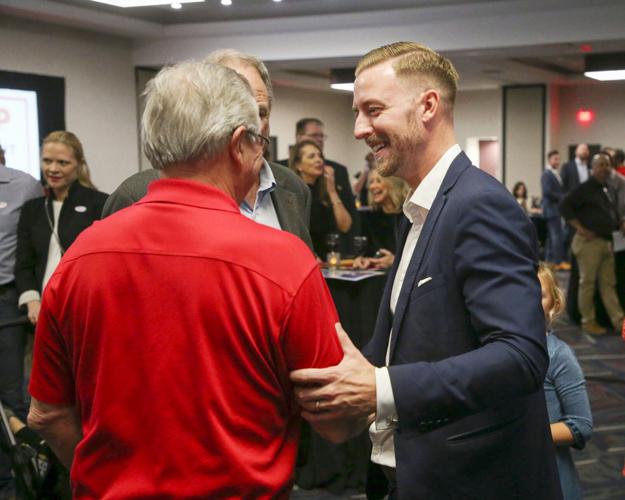 Ryan Walters talks to supporters at a GOP watch party at the Embassy Suites by Hilton in northwest Oklahoma City on Tuesday. Walters defeated Jena Nelson in the race for state superintendent of schools. 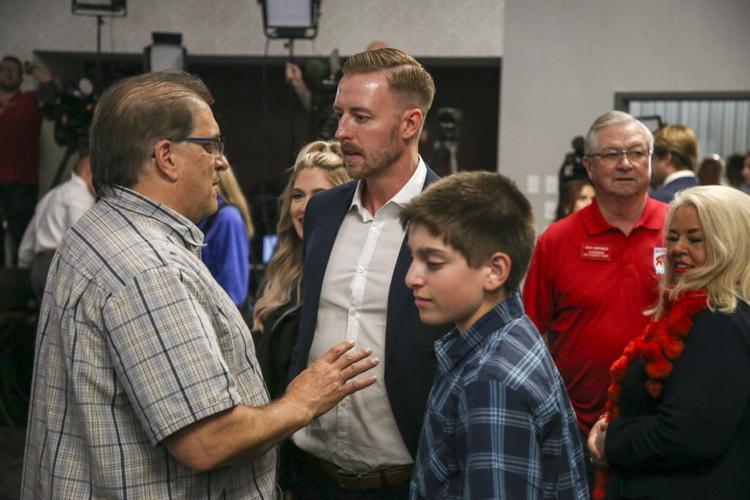 Complete coverage of the 2022 midterm elections

Ryan Walters is the winner of this year’s high-profile race for Oklahoma’s next state superintendent.

In nearly complete results late Tuesday, the Republican Walters had 57% of the vote to defeat Democrat Jena Nelson.

“We believe that we’ve got to reject Joe Biden’s radical agenda right here in the state of Oklahoma. We’re going to do more than any other state in the country to empower parents … Oklahoma won’t go woke,” Walters told a packed Oklahoma City banquet room Tuesday evening at the state GOP watch party. “What you’re going to see is that every child is empowered with parent options. You’re going to see more transparency and accountability. And you’re never again going to see a superintendent that doesn’t bring transparency to you the taxpayers.”

Current State Superintendent (turned gubernatorial candidate) Joy Hofmeister is term limited as she nears the completion of eight years in the office.

This year’s statewide race for the leader of public education in Oklahoma was one of the most high-profile in recent memory, due in large part to Walters running lockstep with incumbent Gov. Kevin Stitt and taking on culture war issues such as school bathroom use by transgender students, Critical Race Theory and American history education, and sexual content in school library books.

His opponent Nelson brushed off much of the rhetoric and called Walters’ numerous attempts to link her with those subjects as outright lies.

In the end, Walters drew more votes than Stitt, who championed him throughout his first run for elected office.

“Oklahoma spoke loud and clear — we want a Republican governor for the state of Oklahoma,” Walters said in his shoutout to Stitt on Tuesday evening.

Walters, 37, was a midcareer teacher before entering politics. He was one of 12 finalists in the state teacher of the year contest in 2016 in his hometown of McAlester.

In 2019, he left teaching to work in education policy advocacy for an initiative of the State Chamber of Oklahoma, and he is currently CEO of Oklahoma City-based Every Kid Counts Oklahoma, a nonprofit fully backed by national school privatization and charter school expansion advocates.

Stitt appointed Walters as his secretary of education in 2020 to act as liaison to various state education boards and commissions, including the Oklahoma State Board of Education, various higher education boards of regents and trustees, the Office of Educational Quality and Accountability and the CareerTech board.

Walters has been a controversial figure among public school educators.

To those who didn’t vote for him, Walters had this message:

“The teachers union and Democrats have lied all over the state, so what I’m going to do is continue to speak the message that is common sense,” Walters told the Tulsa World after his acceptance speech. “We want ideology out of the classroom, I want the best teachers to make a lot more money, and I want to get more money out of bureaucracy and into the classroom. That is a commonsense approach to education and I think everyone would agree.

“I’ve said from the beginning, it’s about parents, teachers and kids. We’ve got to get parents more involved by empowering them and we’ve got to get more money into the classroom. We have a teacher shortage, we have a high amount of students in classrooms. We need to hire more teachers and less administrators — that’s what we have to do.”

Click here for all the Tulsa World’s 2022 election coverage

Ryan Walters talks to supporters at a GOP watch party at the Embassy Suites by Hilton in northwest Oklahoma City on Tuesday. Walters defeated Jena Nelson in the race for state superintendent of schools.