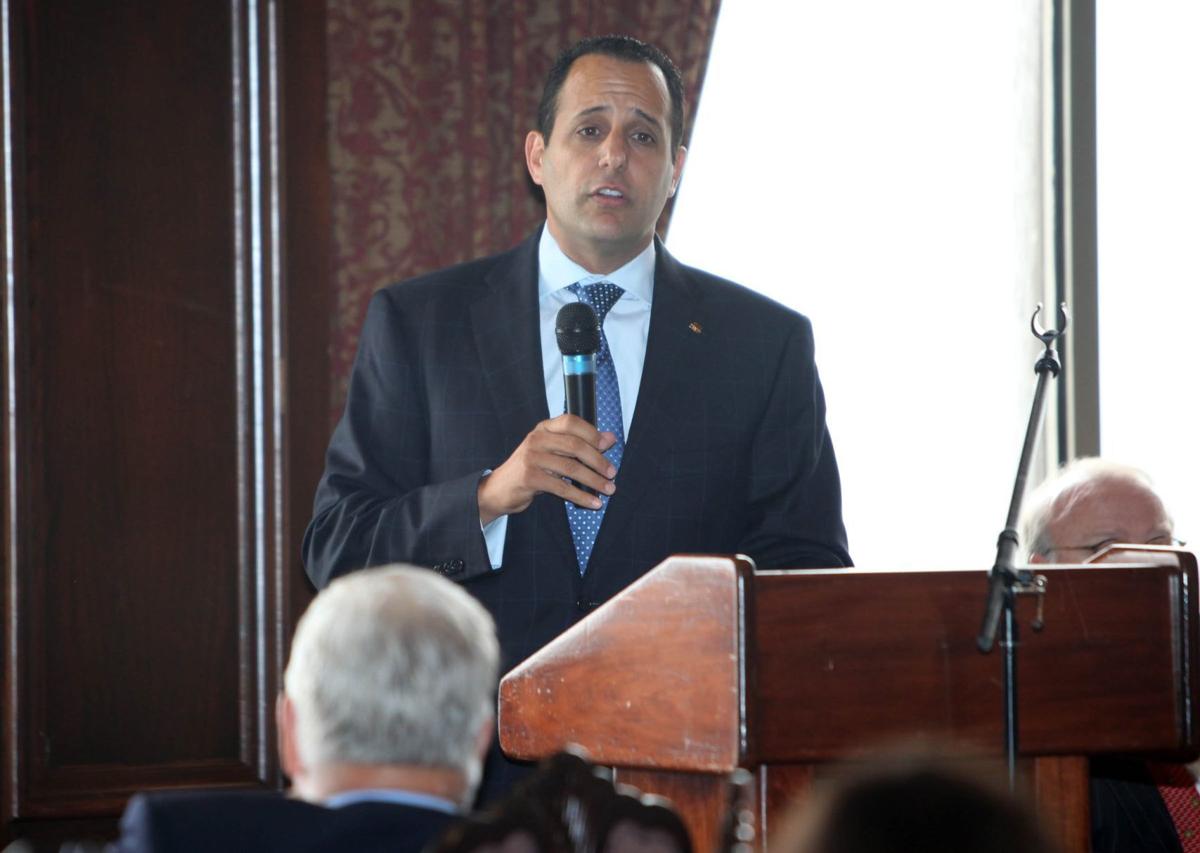 Joseph Harroz, Jr., is the dean of the OU College of Law. He is an OU graduate and former chief legal counsel and vice president of executive affairs. Harroz was named the university’s interim president early Friday. STEPHEN PINGRY/Tulsa World file 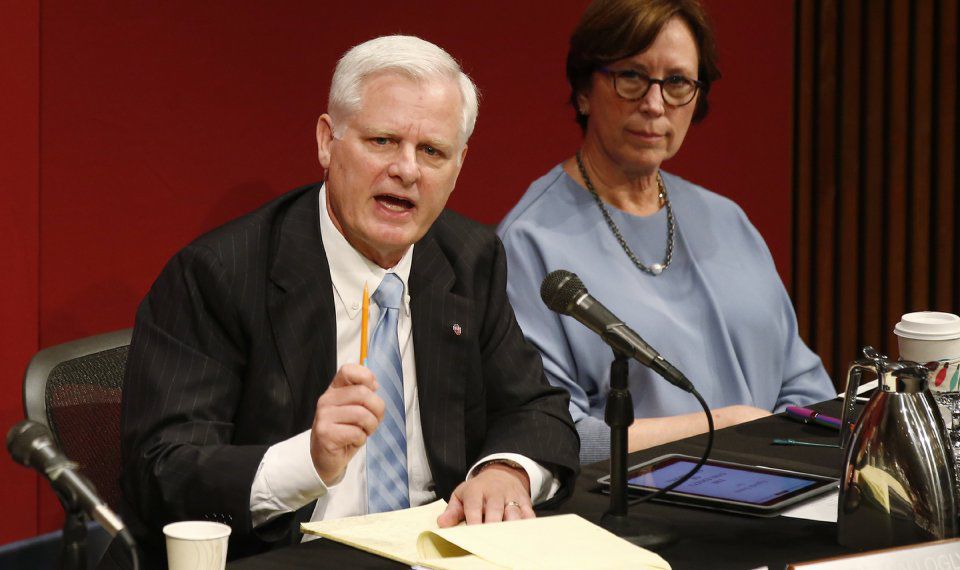 The University of Oklahoma named Joseph Harroz, Jr., its interim president early Friday, and he will hold the position for at least 15 months.

Harroz is the dean of the OU College of Law and a former congressional staffer of retired President David Boren.

In a statement issued at 2:30 a.m. — more than six hours after a special meeting began in Oklahoma City — regents chair Leslie J. Rainbolt-Forbes made the announcement that Harroz would become OU's interim president.

“The regents were well aware of Harroz’s capabilities from the thorough vetting done by the presidential search committee last year,” Rainbolt-Forbes said in the statement. “It was through that process we were reminded how contagious his passion and enthusiasm are and how seriously he takes accountability and responsibility.”

Harroz’s appointment comes less than a week after former president James Gallogly announced Sunday that he was retiring after 10 months on the job.

A graduate of OU with a bachelor's degree in economics in 1989, Harroz received his law degree from Georgetown University Law Center in 1992 while working as then-Sen. Boren's legislative director and legal counsel, according to the OU College of Law website.

Harroz returned to Oklahoma and practiced commercial litigation at Crowe and Dunlevy. In 1994, Harroz became OU's vice president for executive affairs as Boren assumed the university's presidency, later becoming the school's general counsel. He has taught at the College of Law since 1997 as an adjunct professor and guest lecturer.

After briefly running a healthcare company for two years, Harroz became the 12th dean of the College of Law and seventh director of the OU Law Center in 2010.

Here is the full statement from Rainbolt-Forbes:

On behalf of the Board of Regents, I am pleased to announce tonight that OU College of Law Dean Joseph Harroz Jr. has been appointed as interim president of the University of Oklahoma. His nationally recognized leadership of the OU College of Law and his many years of service as vice president of executive affairs and general counsel give him an unequalled understanding of OU.

The Regents were well aware of Harroz’s capabilities from the thorough vetting done by the presidential search committee last year. It was through that process we were reminded how contagious his passion and enthusiasm are and how seriously he takes accountability and responsibility.

In his eight years as dean of the OU College of Law, Harroz has proven himself an effective leader and administrator with a collaborative leadership style that helped the school achieve distinction in virtually everything it does – from rankings, student success and being best-value, to volunteerism, fundraising and innovation.

We know there are other challenges ahead and, thanks to the process and team that Jim Gallogly put in place, we believe we will turn the corner on financial issues. Tremendous progress was made in the last year thanks to President Gallogly. Over $47.5m in cost-savings were identified; tuition was held flat at the same time granting much overdue pay raises to our deserving faculty. Our university is in a better place today because of Jim.

We thank Jim for his support during this transition and look forward to working with Joe as interim president knowing that he will be effective in advancing OU’s mission while continuing to build on its now solid financial foundation.

Here is a previous version of this story:

OKLAHOMA CITY — The University of Oklahoma Board of Regents is meeting behind closed doors late Thursday to determine a path forward after President Jim Gallogly announced his retirement last Sunday.

Gallogly, who started the job July 1, said he told the regents of his plans to retire once they have a transition plan in place.

University of Oklahoma Board of Regents Chairwoman Leslie Rainbolt-Forbes said the goal was to ensure thoughtful consideration for what is best for the university during the transition to a new leader.

She said it has not been an easy year.

In February, it was learned that the university was investigating Gallogly’s predecessor, David Boren, on allegations of sexual misconduct.

Boren, a former governor and U.S. senator, was a popular president at OU and denies wrongdoing.

The university experienced cost-cutting measures under Gallogly in an effort to put it in a better financial situation.

Gallogly, who had no background in higher education leadership, held executive positions with Phillips, Chevron Phillips Chemical and ConcoPhillips before being named chief executive officer of LyondellBasell Industries. He led that company out of Chapter 11 bankruptcy, transforming it into one of the largest plastics, chemical and refining companies. ​

Learn more about snakes in Oklahoma from Aaron Goodwin, a 20-year zookeeper at the Tulsa Zoo.

Gallery: See which snakes in Oklahoma are venomous and non-venomous

Read the story: When it comes to snake sightings, be wary of social media but cautious during spring mating season

More than 60% of Broken Arrow parents and staff who responded to an online survey said they were opposed to implementing a mask requirement for staff and students with opt-out provisions for medical, religious or strong personal beliefs.

With students out of class for fall break, Tulsa Public Schools will have grab and go meal service available Monday and Tuesday from 11 a.m. t…

Joseph Harroz, Jr., is the dean of the OU College of Law. He is an OU graduate and former chief legal counsel and vice president of executive affairs. Harroz was named the university’s interim president early Friday. STEPHEN PINGRY/Tulsa World file