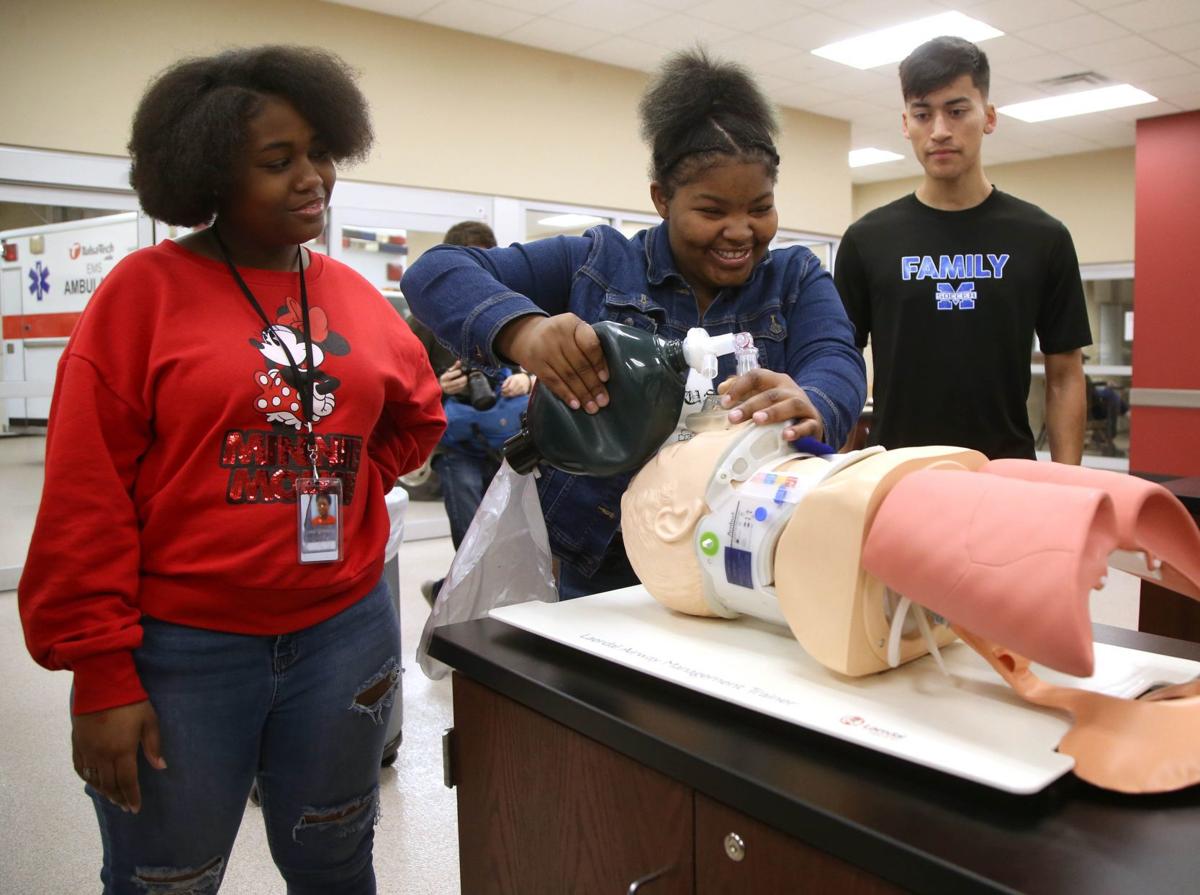 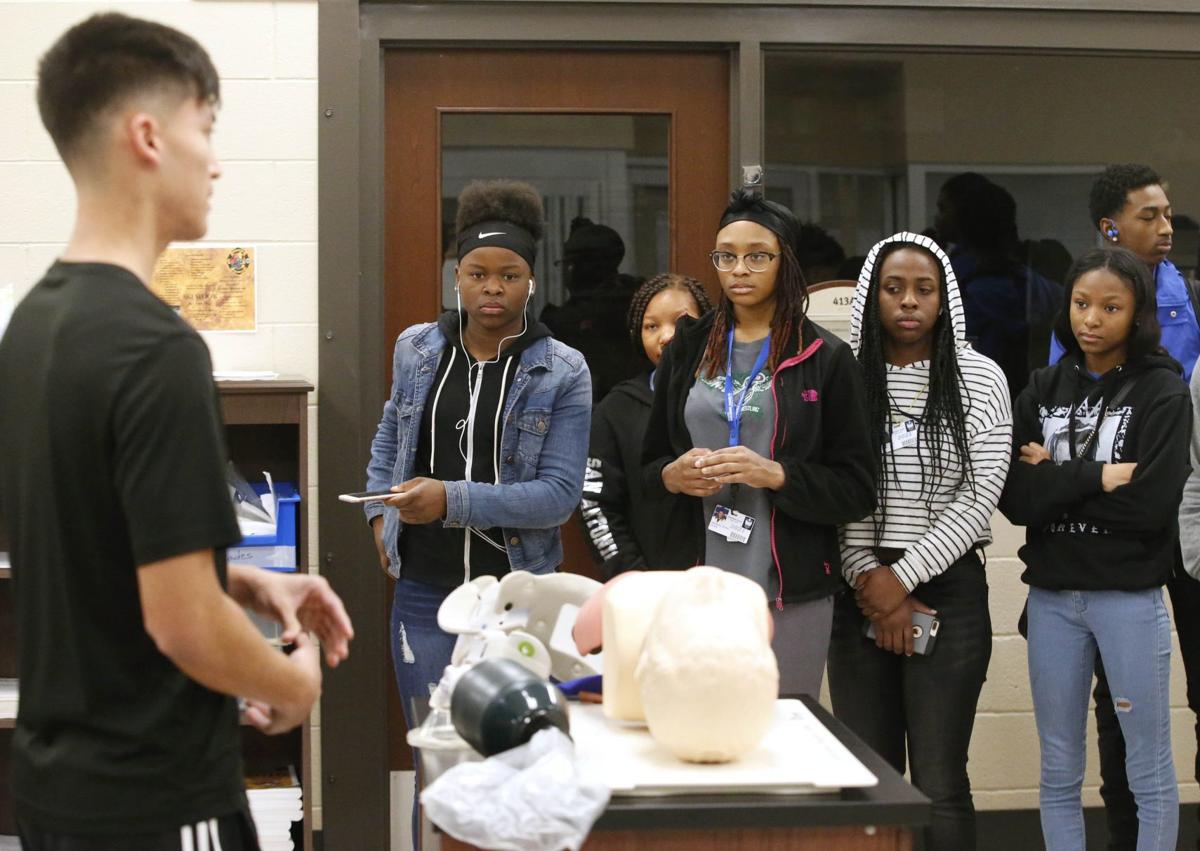 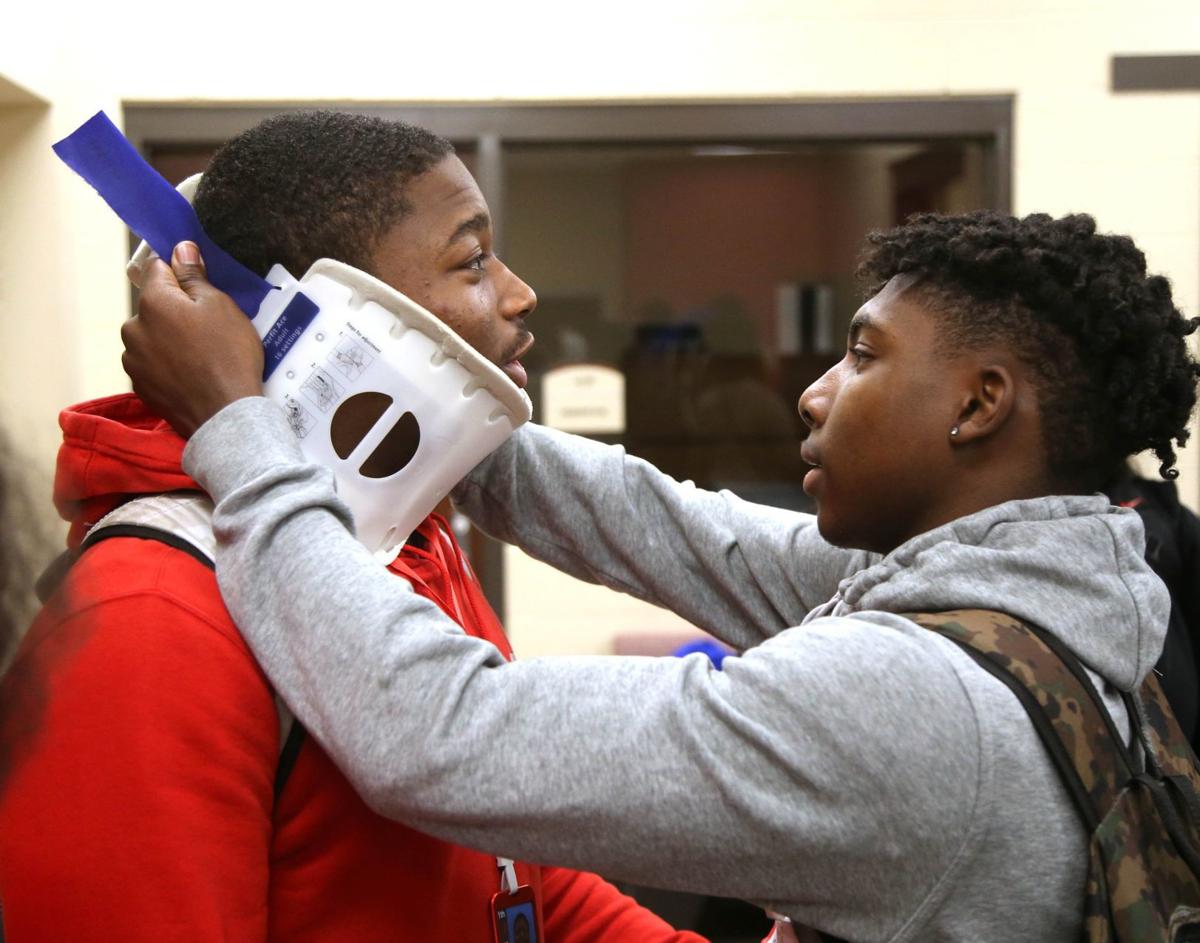 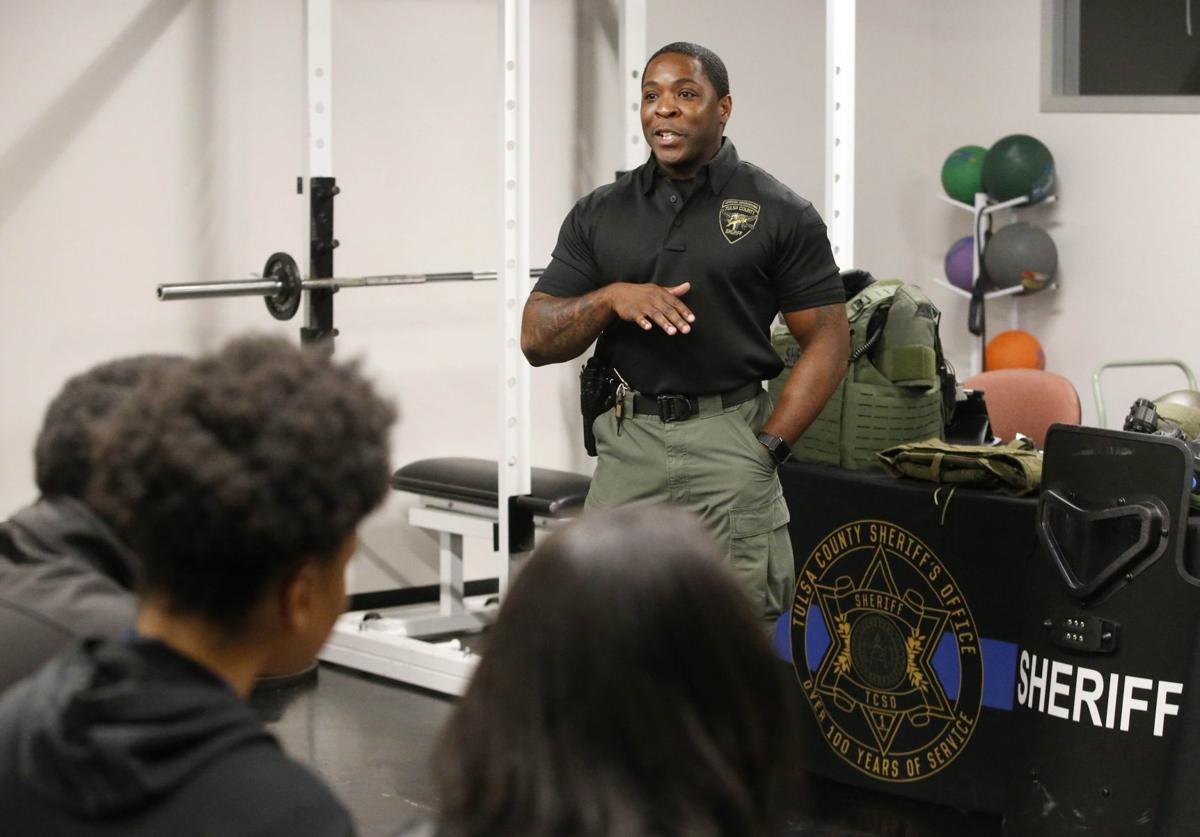 Union High School senior Scottazia McCalister felt the adrenaline rush through her as she held the welding gun against a slab of metal at Tulsa Tech’s Peoria Campus on Wednesday morning.

McCalister never considered welding as a profession before attending the third annual “Dream Out Loud: Career Strategies for Success” event. Many skilled trades are dominated by men and often aren’t presented as options for women.

But when handed the gun during a tour of the welding shops at Tulsa Tech, McCalister began to see things differently.

“Girls can do it as well as the guys can do it,” she said. “Maybe even better.”

Sheriff Vic Regalado said the goal is to expose kids who may not go to college because of financial or personal reasons to alternative options that are lucrative and worthwhile.

“I think it’s important to be able to bring representatives from various careers to the kids to actually talk to them face-to-face and answer questions that they might not otherwise get a chance to ask during their four years in high school,” Regalado said. “It really gives them a leg up in regards to understanding and educating themselves on what they really want to do.”

He said the program has proven successful since its inception and noted the Sheriff’s Office has hired multiple former students who had participated in the first two years.

During the criminal justice workshop, high-schoolers heard from deputies, SWAT team members, civilian employees and recruiters about career opportunities at TCSO. They learned about starting pay, as well as qualifications and training.

Another benefit, Regalado said, was being able to put a face to the Sheriff’s Office and dispel myths and rumors surrounding law enforcement.

“It gives us an opportunity to say, ‘This is a career that you could have. This is what it could do for you,’” the sheriff said. “’There is money to be made, and it’s in service to your communities. You can make a difference.’ I think that’s what’s special about today’s program.”

The opportunities available to minority students today weren’t possible 30 and 40 years ago, Marks-Jimerson told high-schoolers. She encouraged them to take advantage of the equality for which King and so many others fought and died.

“Right now, you have the whole world for you on a silver platter, and it’s up to you to take that opportunity,” she said. “It’s the choices that you make. ... So now you think about the choices. You have the opportunity here to look at some technical careers that make just as much as going to college.

“You’re going to learn about careers that can change your life, that can make you a positive and productive citizen.”