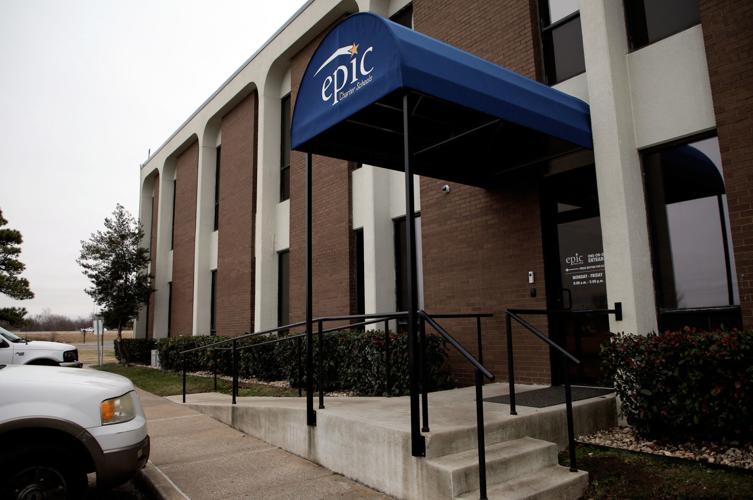 Epic’s founders now claim the tens of millions in question by the Oklahoma State Auditor and Inspector are “earned” by the school management company they own to provide goods and services.

This month marks a full year since Gov. Kevin Stitt requested the investigative audit of Epic and all of its related entities by State Auditor Cindy Byrd.

Byrd has yet to issue any report of findings in the matter, which landed in district court in March over Epic’s lack of compliance with her public records requests and administrative subpoenas.

At issue is Epic’s shielding of scrutiny of how it has used tens of millions of taxpayer dollars for something it calls the Learning Fund, used to cover the cost of students’ curriculum, home technology needs, books and materials, as well extracurricular activities offered by thousands of outside vendors.

Epic claims that all Learning Fund money becomes private once transferred to the school’s for-profit management company, Epic Youth Services — which reportedly has made millionaires of Epic co-founders Ben Harris and David Chaney.

But the Oklahoma Attorney General’s Office is disputing those claims in Oklahoma County District Court in an effort to get the state auditor access to Epic’s Learning Fund spending records.

In a new brief filed in court last week, the Attorney General’s Office wrote that the company’s own operational agreement says the funds are transferred to Epic Youth Services to “purchase and manage school assets and services on behalf of the school” — not as another means of potential income for Epic Youth Services, which already receives a 10% cut of every dollar of school revenue.

“If the Learning Funds are private when in EYS control, then for every dollar of an individual student’s Learning Fund account that EYS does not spend in furtherance of that student’s education, EYS profits. This places EYS’s profit interests in direct conflict with those of the students to whom it is entrusted to provide the most quality public school education possible,” the Attorney General’s Office wrote.

In Epic Youth Services’ own brief filed last week, the company stated: “We all agree that the source of the funds paid to EYS is public … But the funds do not remain state funds once paid to EYS to perform services. The parties have a contractual agreement by which EYS is compensated for providing educational and extra-curricular resources for Epic Charter School students.

“Like any other private vendor, EYS is paid to provide goods and services and money paid to EYS for the Learning Fund is intended to be earned at time of payment.”

Attorneys for the state countered, saying the company’s own contract terms with the school “do not allow it” to earn Learning Fund dollars. And they claim that public employees of Epic Charter Schools perform Learning Fund tasks and that although EYS apparently considers the Learning Fund as earned income, “upon information and belief, EYS does not pay income taxes on the Learning Fund.”

The management company’s attorneys stated that the Learning Fund’s financial arrangement was noted but drew no criticism in many years of annual audits conducted by an outside firm and filed with the State Auditor’s Office.

“The State Auditor had at least eight opportunities to see this is how Epic was structured and how it was accounting for these funds, but it never made any perceived deficiency known,” EYS attorneys wrote. “EYS assumed, maybe wrongfully so, that the (State Auditor’s Office) was fulfilling its statutory obligation to review Epic’s financial statements for compliance with Oklahoma public school law — and EYS structured its business accordingly.

“Without any objection or notice of deficiency from the state, Epic and EYS have always interpreted their contract to mean that Learning Fund payments are earned and become private upon payment.”

But the Attorney General’s Office wrote in its brief that Epic is misrepresenting the state auditor’s responsibilities concerning routine, annual school audits, which it says is only to serve as a repository for the records, not to “‘audit’ the audits performed by other entities.”

A Tulsa World review of Epic’s routine, annual school audits, by a Cushing-based firm called CBEW Professional Group, found they all note “none of the activities of EYS (Epic Youth Services) is included in these financial statements.”

The state also questioned the privacy claims by EYS, given that in late March, Epic Charter Schools’ independent governing board voted to authorize an internal compliance audit of the Learning Fund.

“If the Learning Fund were earned, private income of EYS at the time it is transferred to EYS, it makes no sense for the governing board to call for an audit of the Learning Fund,” the Attorney General’s Office wrote. “The most logical explanation is that the learning funds remain public funds subject to the control and oversight of Community Strategies Inc., as governing board of Epic Charter Schools.“

The Tulsa World’s year-long investigation which turned up records showing the shifting of millions in taxpayer dollars to the for-profit Epic Youth Services company has been included as evidence in the state’s motion to compel Epic to account for its Learning Fund expenditures.

Among the findings were that vendors wishing to obtain Learning Fund dollars sign a contract with the school, not EYS.

And some Epic parents question how Epic justifies charging every student’s annual $1,000 Learning Fund allocation the same amount in Learning Funds every year for the Chromebook laptop purchased for them their first year at the school. Also questioned by parents is the purpose of a blanket $85 “processing fee” charged each year from students’ Learning Funds.

In response to those questions earlier this year, Epic spokeswoman Shelly Hickman told the Tulsa World: “Not one penny of the $85 (processing fee) debit is kept by EYS.”

A spokesman for the Attorney General’s Office and an attorney for Epic Youth Services declined to comment beyond the contents of the newly filed public court records.

State law enforcement maintains an ongoing investigation into allegations of embezzlement, racketeering and forgery by top executives at Epic and willful neglect by members of its independent governing board.

Board chairman who oversaw overhaul of Epic leaving

Epic board moves to consolidate administration to save millions

Inside the newsroom: Jason Collington talks about the latest in Epic Charter Schools investigative audit​ with Andrea Eger

State auditor to lawmakers: Epic Charter Schools mismanagement is largest abuse of taxpayer funds 'in the history of this state'

"Education has changed," said Doug Price, Berryhill Middle School principal. "You're not just a teacher anymore — you have to wear so many different hats, and this is part of it."

The school board unanimously voted late Monday to renew the contracts of both Superintendent Kirt Hartzler and Chief Financial Officer Trish Williams. #oklaed

Despite the reinstatement, the Greenwood Leadership Academy will still be run by Tulsa Public Schools and the transfer of operations will remain unchanged.

Gas prices fall below $4 per gallon

Gas prices fall below $4 per gallon