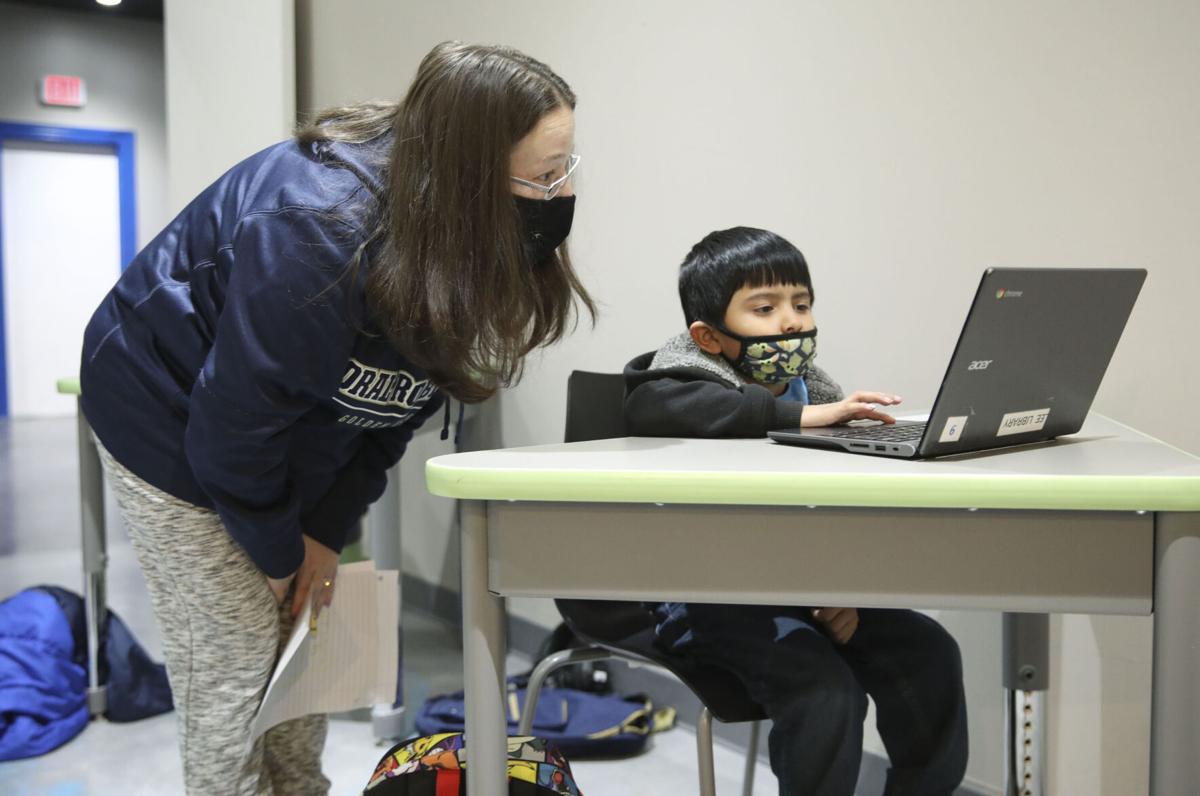 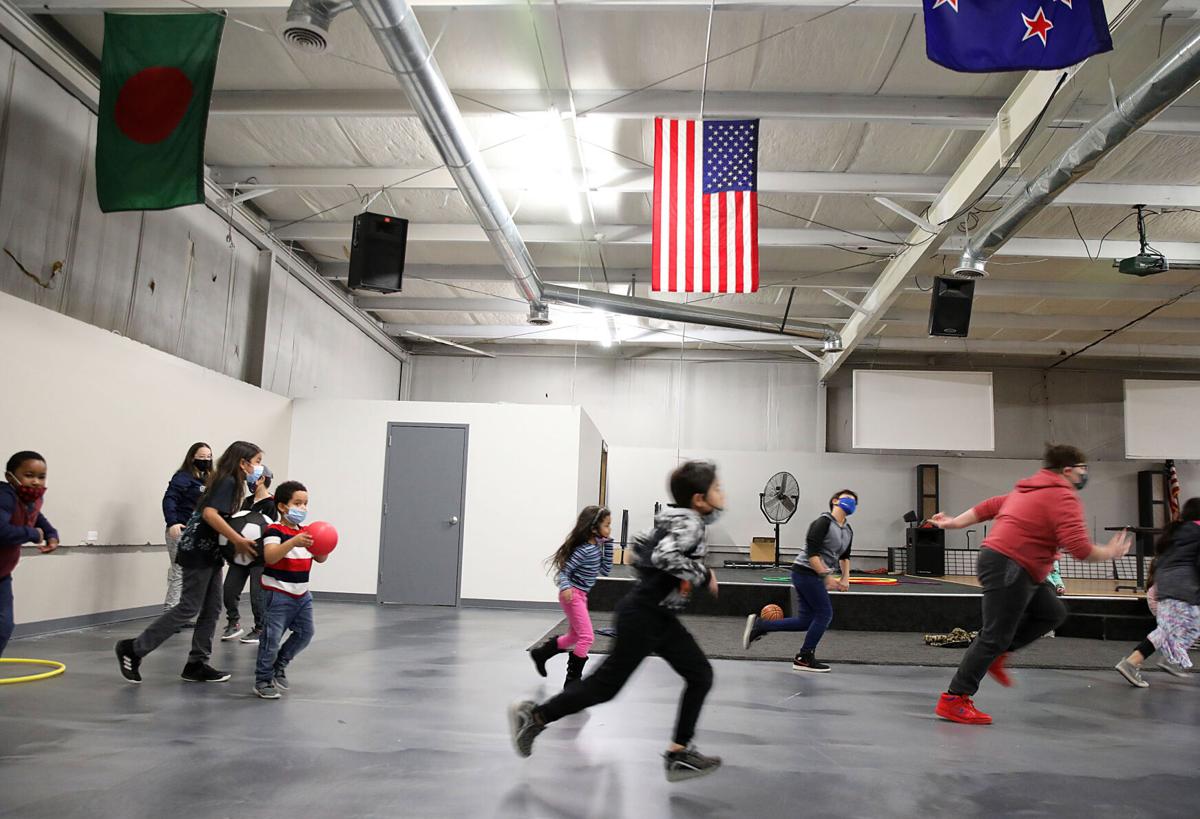 Students play in the gymnasium during a break at TheZone Academy. 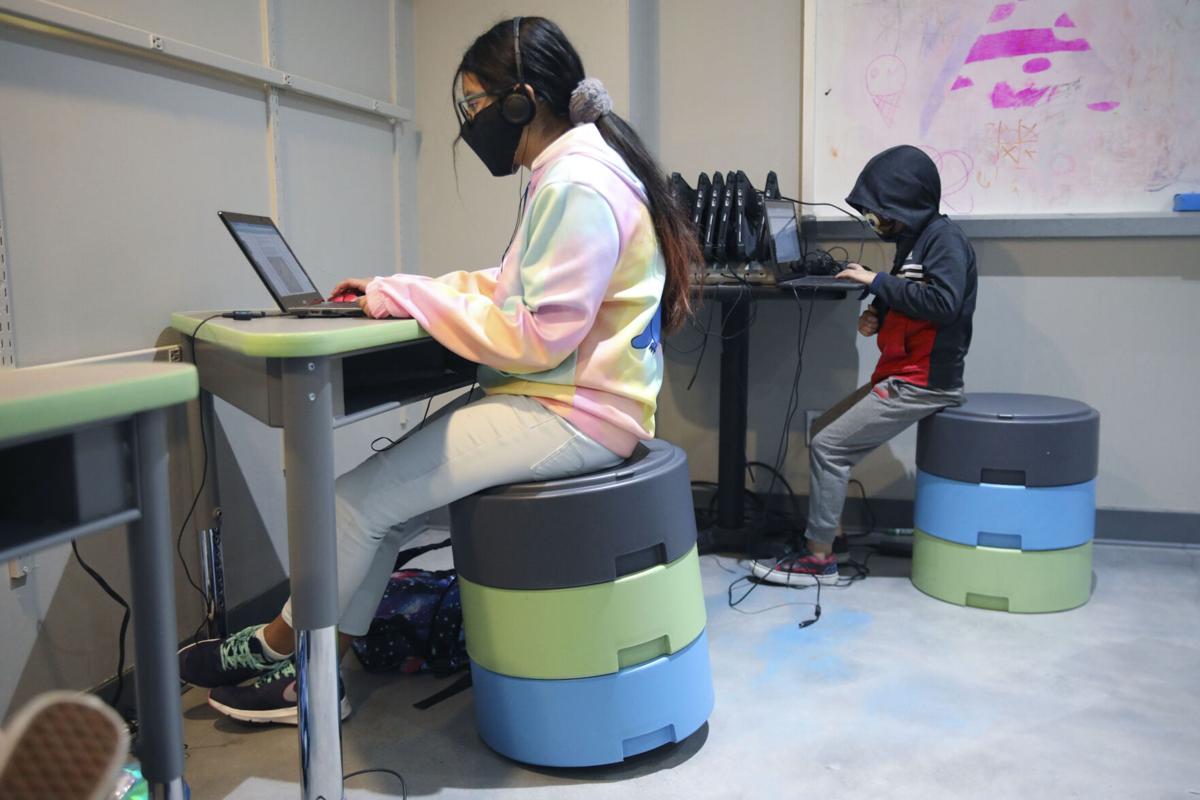 Fifth grader Estrella Mondraggon (left) and second grader Carlos Silva do schoolwork on their laptops at The Zone Academy. 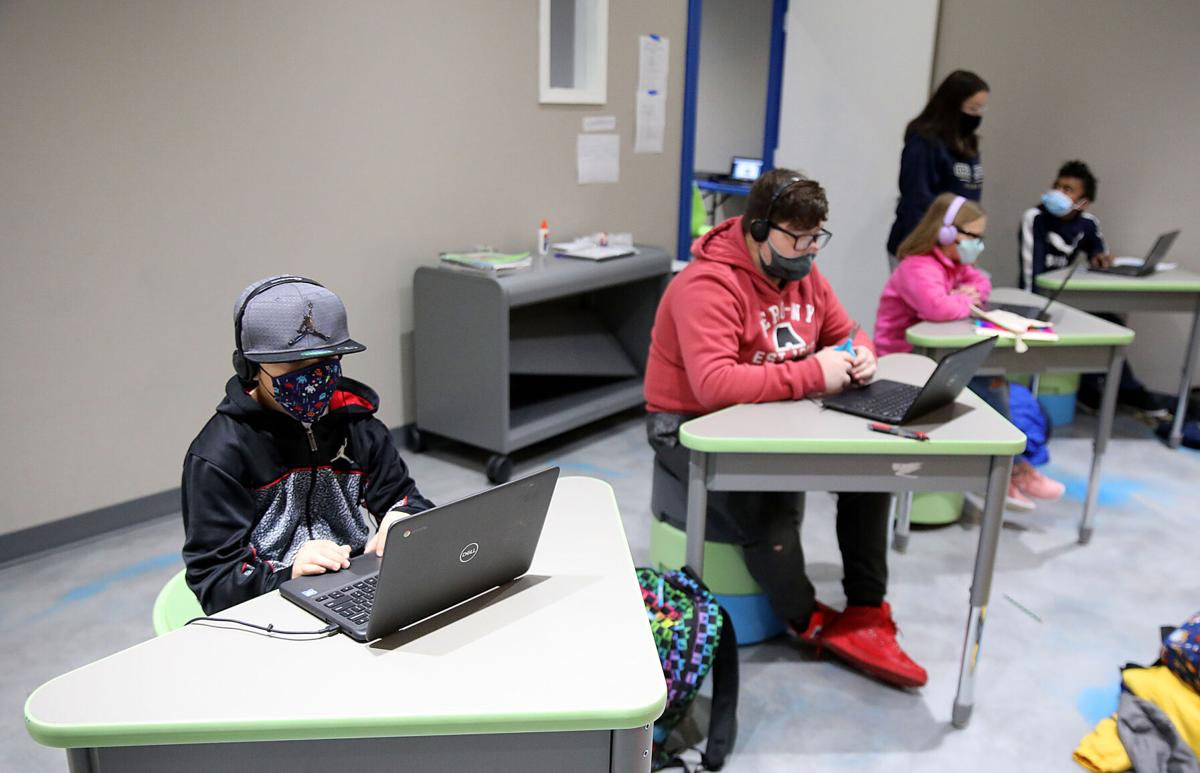 Fourth grader Daniel Deleon (left) and other students work on their laptops at The Zone Academy.

Kujánga Jackson has a whole new level of respect for public school principals and teachers.

Jackson is the executive director of Tulsans Operating in Unity Creating Hope, which operates TheZone Academy on Charles Page Boulevard. Before the COVID-19 pandemic, it was primarily an after-school option for students at nearby Wayman Tisdale Fine Arts Academy.

However, with Tulsa Public Schools largely staying in distance learning since spring, it has partnered with the Opportunity Project to stay open all day to provide a safe, supervised space for students while their parents are at work.

As part of a coalition of school districts, nonprofit organizations and child care providers, the Opportunity Project drew from its experience organizing resources during the 2018 teacher walk-out to put together a proposal in 2020 to receive CARES Act funding from Tulsa County to help coordinate and subsidize child care expenses for parents who are unable to work remotely.

The coalition received $1.4 million in CARES Act funding from Tulsa County, which has gone toward COVID-19 mitigation supplies, employee salaries and other expenses associated with providing safe, consistent places for students during the day.

However, more than five months into the school year, about 300 free child care spots are still available citywide through entities that have partnered with the Opportunity Project, such as the Boys and Girls Club, the Tulsa Parks and Recreation Department, and the YMCA.

“We are doing everything we can to make sure the resources that were funneled to the Opportunity Project are used as efficiently as possible while trying to serve the maximum number of young people,” Opportunity Project Executive Director Caroline Shaw said.

CARES Act money made it possible for TheZone to get a cleaning system to help the janitorial staff sanitize the building frequently. When coupled with the facility’s mask requirement, enforced social distancing and improvements to the building’s ventilation system, it has helped keep TheZone from having any COVID-19 issues among its staff and students.

“We are just trying to do our little part for the kids,” Jackson said.

For David Harris, TheZone’s decision to be open all day has been a boon. He is self-employed, and his wife works full time as a nurse, thus making it difficult at best to help their 10-year-old daughter with assignments during the school day.

“It is incredibly valuable to us to know she’s in a safe space, in a space that is focused, and ensuring she’s getting the academic help and enrichment she needs,” he said.

“I appreciate having clients that are understanding, but at same time, they have needs, too. You can only excuse yourself to help with a math question so many times before they find someone else.”

As of Tuesday, Tulsa Public Schools is scheduled to remain in distance learning through March 22, although the school board is scheduled to meet Feb. 16 to consider bringing students back to campuses by the end of February.

With the federal government extending the deadline for spending CARES Act dollars into 2021, Shaw said the Opportunity Project has remained committed to helping support its partners through March 22. However, if the need for free day care persists beyond that date, securing additional resources will become critical.

“These organizations cannot continue to operate at this level without support,” she said. “If you think about those partners who have been serving all day long, five days a week since March or April, that’s a strain on your operations.”

More than 60% of Broken Arrow parents and staff who responded to an online survey said they were opposed to implementing a mask requirement for staff and students with opt-out provisions for medical, religious or strong personal beliefs.

With students out of class for fall break, Tulsa Public Schools will have grab and go meal service available Monday and Tuesday from 11 a.m. t…

Students play in the gymnasium during a break at TheZone Academy.

Fifth grader Estrella Mondraggon (left) and second grader Carlos Silva do schoolwork on their laptops at The Zone Academy.

Fourth grader Daniel Deleon (left) and other students work on their laptops at The Zone Academy.