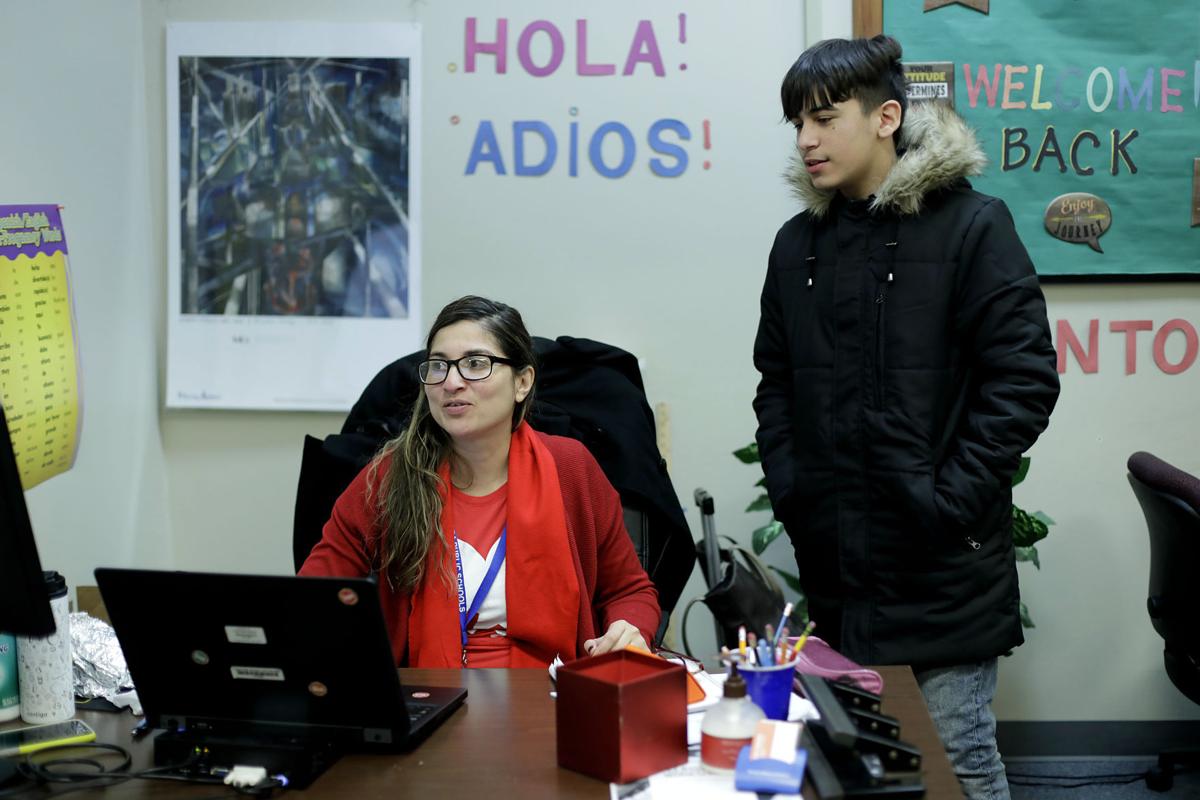 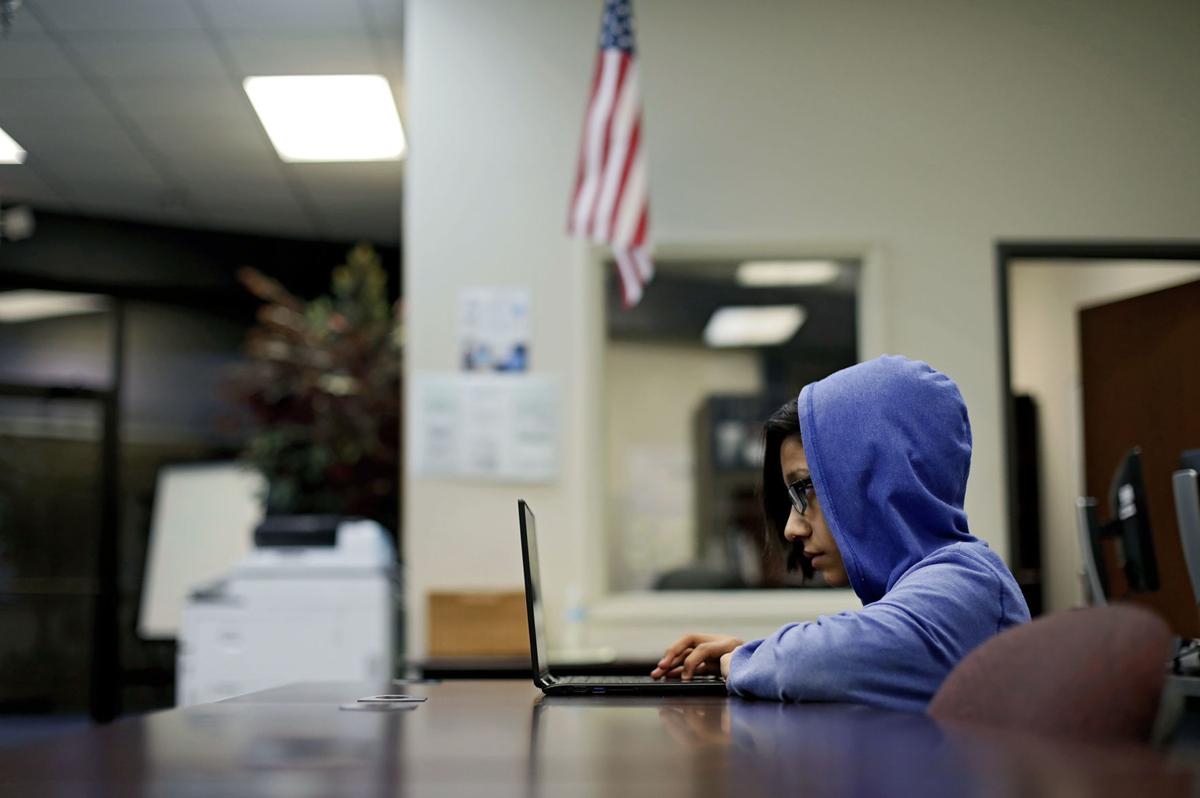 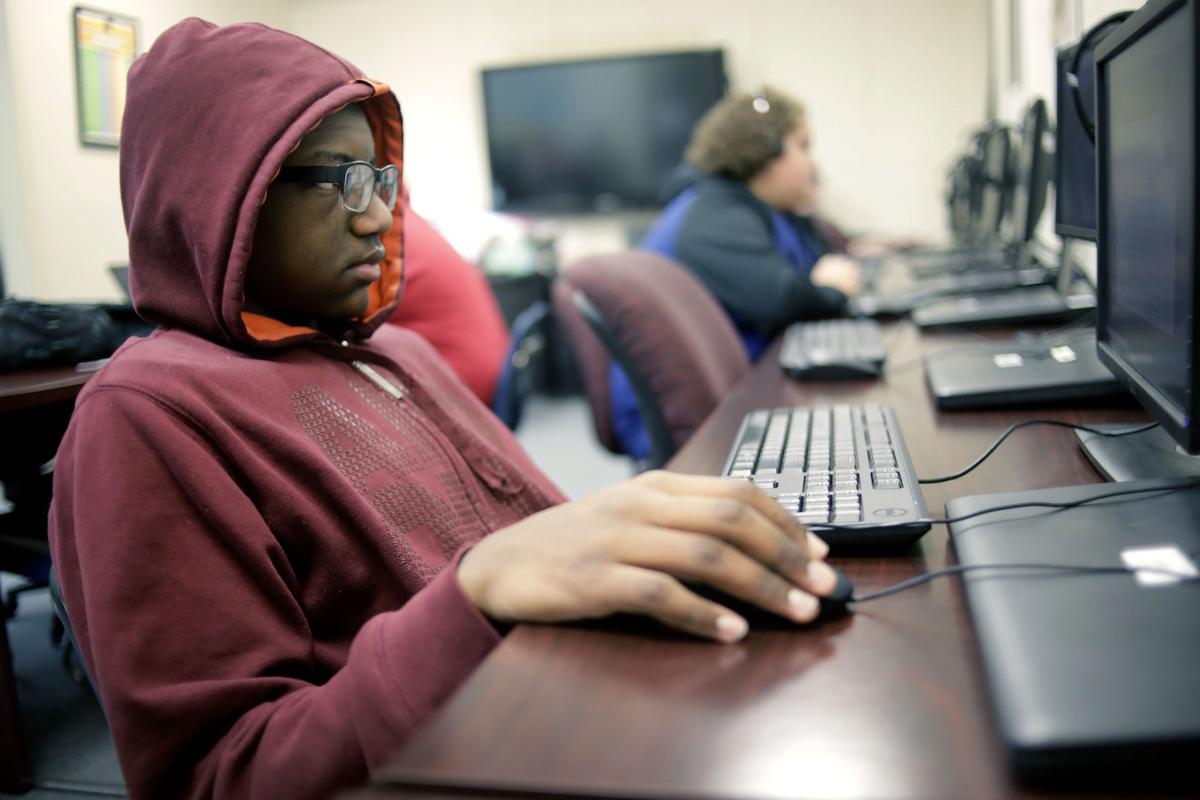 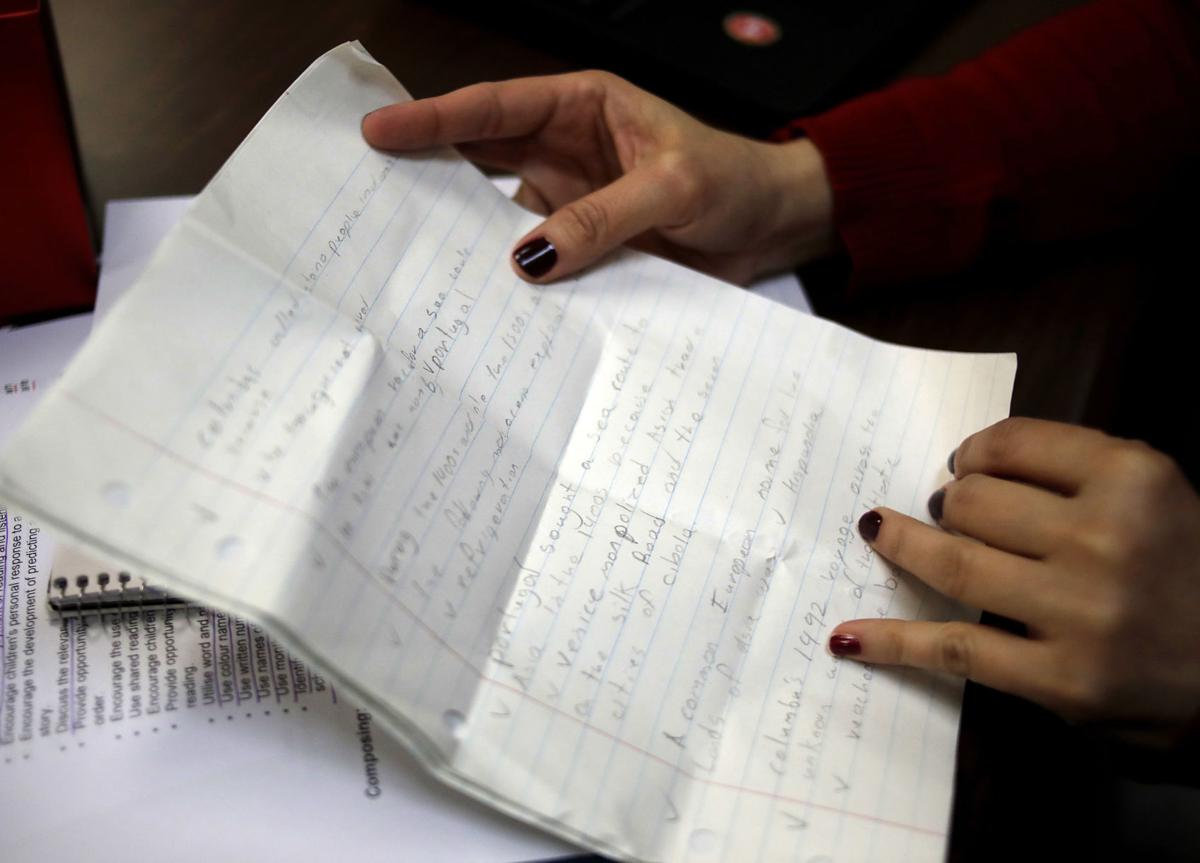 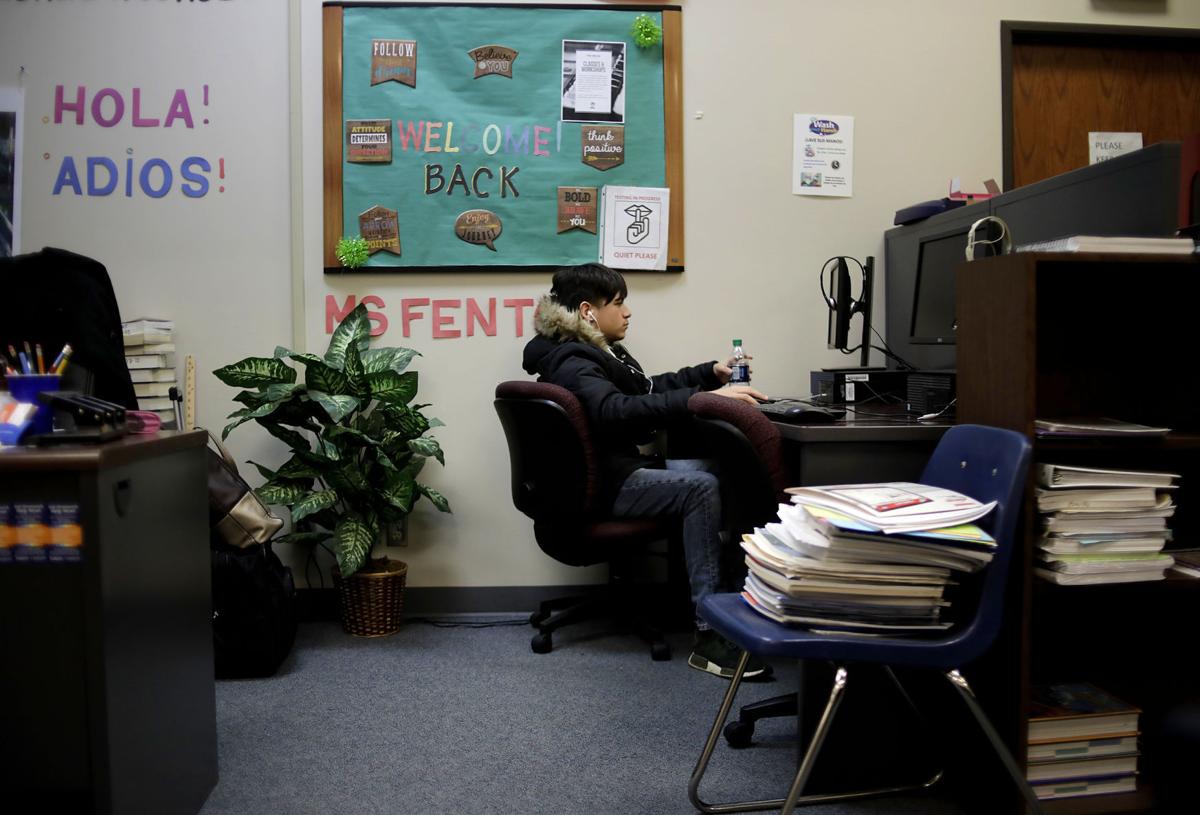 As enrollment at Epic Charter Schools continues to soar, local education leaders are thinking twice about keeping their own virtual programming out of the spotlight.

The rise of virtual juggernauts like Epic triggered a whirlwind of frantic discussions about how to make traditional school districts more appealing to students. That answer, according to Tulsa Learning Academy Principal Dixie Speer, may lie in better advertising.

TLA is a Tulsa alternative school that offers full-time and blended virtual options for students in grades six through 12. It focuses on at-risk kids who struggle in a conventional classroom setting. Students can work almost entirely from home, but instructors are available to help at the school’s computer lab inside Tulsa Promenade mall.

District officials historically have avoided advertising the program in part to avoid a higher student-teacher ratio, she said.

Its operations haven’t changed much since converting from a credit-recovery school to a virtual academy a decade ago. But Speer, who became the principal at TLA last year, has worked to expand hands-on opportunities to improve academic success.

Enrollment fluctuates throughout the year as students come and go from their regular schools. TLA saw 386 students during the 2017-18 school year and 298 in 2016-17. There have been 243 students served this year, but Speer said that number should significantly increase this spring.

The learning academy also was one of four schools chosen for Tulsa Beyond, an ongoing redesign project that aims to reimagine high schools. While a design team is still fleshing out the details of how this will affect TLA, Speer said she wants to provide more flexibility for students who need help but don’t respond well to virtual learning.

The overall goal is to give kids what they need and provide services that the big virtual schools may not be hitting.

“We know that the virtual experience is a need out there, that parents want it and students need it,” she said. “But we also want to add this extra layer that can help us catch some kids that we’re losing.”

Like most schools, TLA has lost students to Epic. It’s also gained students from there.

Clemons, 14, transferred from TLA to Epic last year after hearing about how convenient the booming virtual school was for students with unorthodox schedules. She said she transferred back because she didn’t like the lack of attention she received from her teachers.

Her second go-around at TLA has been better, and she appreciates the recent efforts to increase flexibility and student engagement.

“You can work at your own pace, which I greatly appreciate,” Clemons said. “Although it’s an alternative school, the teachers do care. They want you to graduate.”

Despite the progress made at TLA, the district continues to lose students who don’t know about its own virtual offerings. Last month, TPS reported that nearly 500 students had transferred to Epic since August.

“I think one thing we need to do, and these are conversations we’ve been having, is get us out there,” she said. “Get who we are out there to families so they know we’re here.”

More than 20 local districts, including Tulsa, belong to a consortium that allows them to offer virtual courses at a significantly discounted price. The Tulsa Tech eSchool Network launched nine years ago in response to impending legislation and a need for a new kind of learning platform.

The network has had considerable growth since then, with almost 9,000 students accessing virtual courses in 2018. For the most part, however, the schools have kept their programs under the radar, Tulsa Tech Associate Superintendent Robert Franklin said.

“We don’t talk about (our virtual programs) a lot,” Franklin said, “but because of the advent of these charter schools that are virtually delivered, some of our schools are now realizing that this is popular, and it’s something we do need to talk about more readily.”

The Sand Springs Virtual Academy, which offers full-time and blended options for grades three and up, has seen impressive growth in recent years. More than 300 students are enrolled in at least one virtual class. About 75 do so exclusively, compared to 48 in 2017.

But Sand Springs — a much smaller district than TPS — has reportedly lost about a dozen students to other virtual schools this year. Durkee said many kids don’t know about the virtual academy, and administrators are trying harder to inform those who consider leaving.

“It’s really about communication, letting people know what you provide,” Durkee said. “And I think that’s one of the toughest parts in a traditional public school setting because we haven’t got that way in how we market our service delivery model.

“Marketing isn’t something that we’ve ever broached because that’s not what we do. We educate kids. So it’s important to rethink how we communicate with parents in regard to offering them direction.”

There’s a high demand to enroll in Broken Arrow Public Schools’ full-time virtual program, which serves about 120 kids. Upward of 20 students who applied after school began are waiting for a spot to open.

Part of that reason is how quickly the program has grown, said its director, Chris Hunt. When Hunt took over about four years ago, only 50 students were enrolled.

Meanwhile, Epic has flourished. Enrollment at the state’s largest virtual school, which opened blended learning centers in Tulsa and Oklahoma in 2018, increased at least 62 percent from last school year to well over 21,000 this year.

Epic has deployed an extensive marketing campaign, with promises of financial incentives for families and bonus pay for teachers, as part of its recruitment efforts.

Hunt said a lot of students who enroll at the Broken Arrow Virtual Academy after the start of the school year tell her they were going to transfer to Epic because they had no idea this option existed.

She believes better advertising would help virtual programs at traditional schools grow faster, be more competitive and meet the needs of struggling students.

“I think that a lot of students go to places like Epic for various reasons,” Hunt said. “Some are very personal to them, or sometimes they voice even to me that they just don’t like the size of Broken Arrow (High School) in particular. It’s too big.

“We have just a large number of students who really struggle with anxiety and depression and things like that. So the ability to take online courses really alleviates that social, emotional aspect they struggle so much with.”

Union Public Schools does not have a full-time virtual academy, but the district offers individual courses to juniors and seniors. About 850 students take at least one virtual course, said Gart Morris, executive director of instructional technology.

The high school will begin a one-to-one computing program next year, issuing a personal electronic device to every student to help with coursework. It’s one of many steps being taken to better adapt in a digital age.

“We know that we have students leave the Union district to go to Epic. We’re not blind to that fact. ... We need to address the reasons they want to leave,” Morris said. “We look at that in how we fashion our virtual offerings and other services.”

Watch Now: What does Lake Mead’s drought mean for the West?

The Oklahoma Foundation for Excellence is accepting nominations for 2022 Academic All-State and the Oklahoma Medal for Excellence. The non-profit organization will recognize the honorees in May.