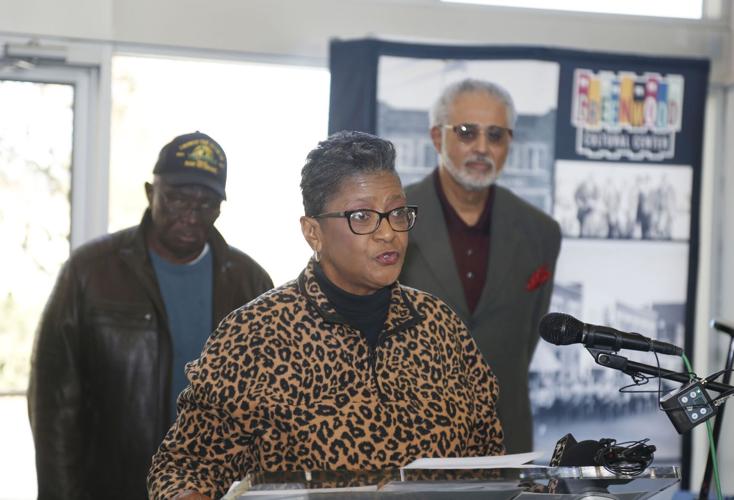 Jennettie Marshall, representing District 3 on the Tulsa Public Schools Board of Education, says community input has led her to voice opposition to a security policy set to take effect next week at McLain High School. 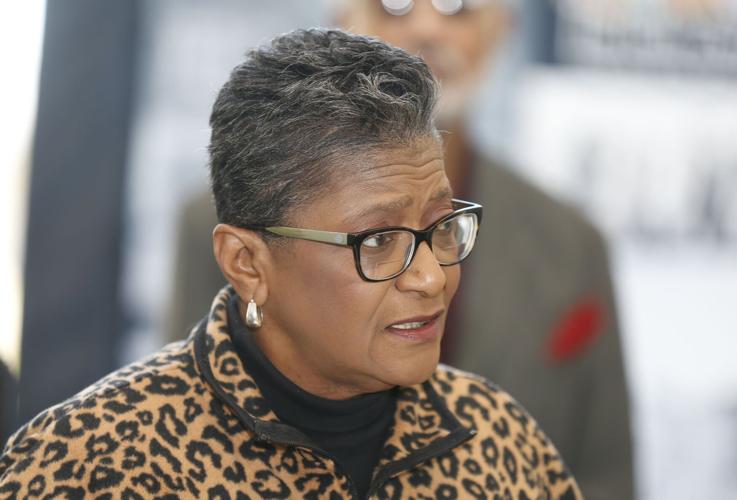 A Tulsa Public Schools board member says community input has led her to voice opposition to a new security policy at McLain High School.

“We need to restore hope, not policies that dash hope like this,” said Jennettie Marshall, District 3 representative on the TPS board.

“The principal of McLain, Renee Rabovsky, made the decision to implement this policy for McLain, and it’s a reckless decision because it was made without community input and without student or teacher input,” Marshall said. “Clear backpacks do not stop crime.”

A shooting at the end of McLain’s Sept. 30 homecoming football game left one student dead and three other people injured.

A TPS spokeswoman has said no other school sites have made plans to make a similar shift in security policy.

“While we work closely with schools across our district to keep students and team members safe, every school has the flexibility to make decisions about what best meets the needs of their school communities,” Drew Druzynski said in a statement on behalf of the district.

Marshall thinks the backpack policy singles out the north Tulsa school in an area that has “inherited a legacy of system inequities resulting from centuries worth of institutional racism,” as TPS Superintendent Deborah Gist said in a 2018 email to McLain students, parents, alumni and community members.

“She’s talking about the lack of equity, and she’s acknowledging it and she’s saying I hear you, but yet as the leader of a district, you allow something that is culturally insensitive to take place in your district,” Marshall said. “The lack of equity in this policy just reiterates the generational actions by the district.”

Members of the community who were present and stood behind Marshall’s stance include Darryl Bright, president and founder of Citizens United for a Better Educational System; former Tulsa City Councilor Joe Williams; the Rev. Melvin Easley, former president of the Tulsa chapter of the NAACP; and representatives of the Terence Crutcher Foundation.

“The district has experienced security issues in all of our schools — East Central High School, Thoreau Demonstration Academy and Phoenix Rising, to name a few,” Marshall said. She said community members are offended that the policy change is only at McLain.

Tulsa Public Schools said in a statement Tuesday: “As part of their continued work on keeping their community safe, the team at McLain High School has implemented a new clear backpack policy similar to the requirements you might experience at large public events such as concerts and football games.

“All of our school teams continuously assess safety practices and protocols, and we stand ready to support school teams with their site-specific safety plans.”

Among other security changes at McLain: a ban on head coverings, mandatory searches of purses and bags, and mandatory display of school ID on campus. Students also are subject to scans with a handheld wand metal detector.

“The key is better security and educating our young people.” Marshall said.

“How do we change and move the needle? That’s what we need to look at.”

Police arrested Niavien Lee Golden, 16, in connection with the shooting at the Sept. 30 football game. Golden is charged with first-degree murder in the death of Terron Yarbrough, as well as three counts of shooting with intent to kill. Police say he will be tried as an adult.

Tulsa Public Schools students unable to get a clear school bag on their own can receive one at school through a donation from the South Tulsa Community House.

Any opaque bags brought to school, such as lunch bags, pencil bags or purses, must be 6 inches by 9 inches or smaller. 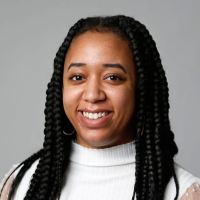 "We got notice the other day that the price of PVC has gone up 42%. It’s crazy.” #oklaed

With 12 area elementary schools starting new debate programs in 2022, more local students are learning how to build and argue a case at a young age. #oklaed

Epic Charter School's governing board approved a proposed corrective action plan that Epic will submit to the Oklahoma State Department of Education. #oklaed

Nicole Mann answered questions from Pawhuska youths that ranged from how the space station is powered to whether astronauts grow tomatoes.

Monday is a previously scheduled distance learning day for three area school districts, while Tulsa Public Schools will not have classes until Wednesday. #oklaed

The new Oxley College of Health and Natural Sciences will bring together the biology, chemistry, geosciences and physics departments with nursing, kinesiology and rehabilitative services and communication sciences and disorders.

Price of gas: Why does Europe pay so much more than the US?

Price of gas: Why does Europe pay so much more than the US?

Jennettie Marshall, representing District 3 on the Tulsa Public Schools Board of Education, says community input has led her to voice opposition to a security policy set to take effect next week at McLain High School.