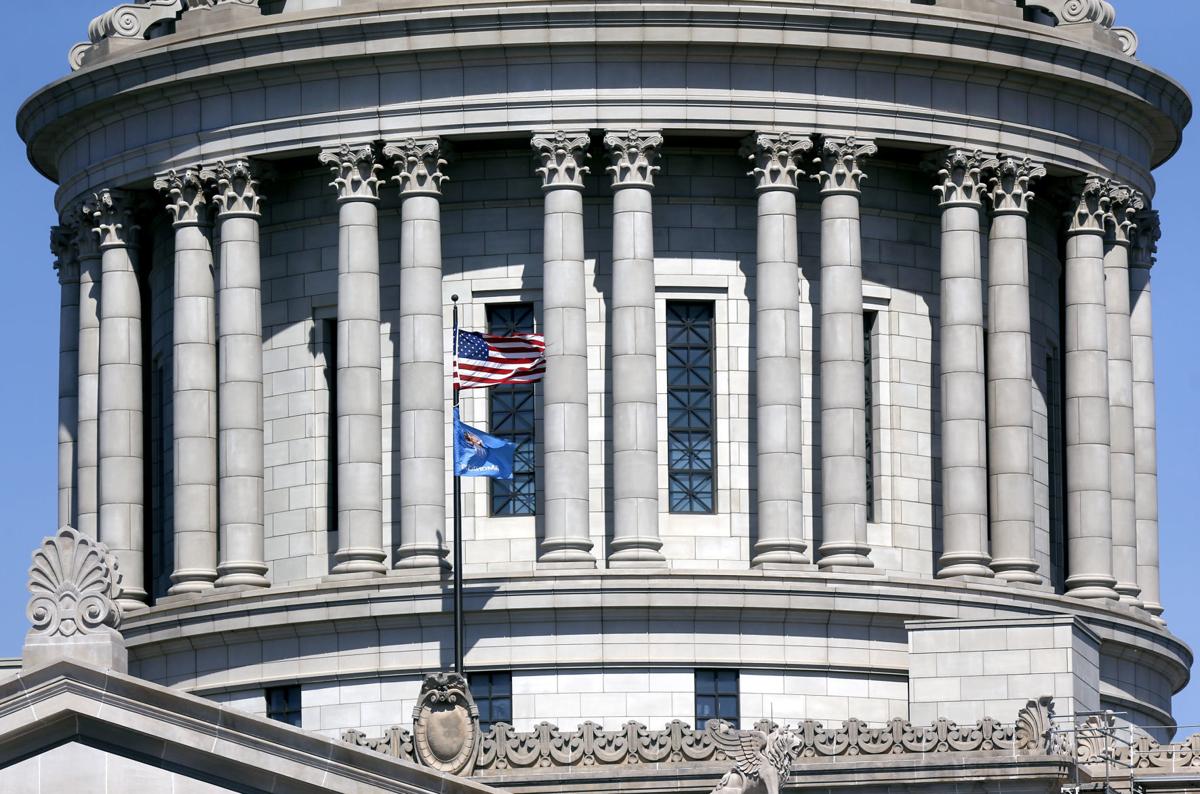 Senate Bill 38, authored by Sen. David Bullard, R-Durant, would allow individuals with a valid handgun license to proceed through a security checkpoint with a weapon after presenting the license. JOHN CLANTON/Tulsa World 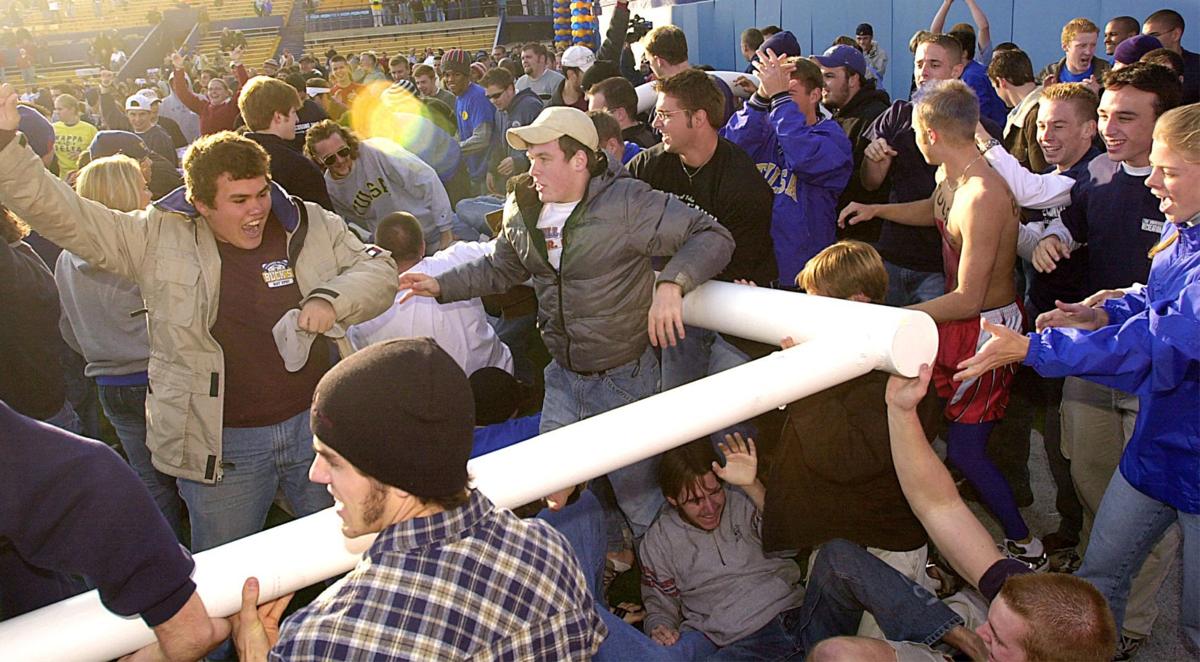 Tulsa students tear down a goalpost in Skelly Stadium after the Golden Hurricane defeated the Miners 20-10 in 2002. Some Republican Oklahoma Legislators are saying in 2018 that it feels like the goalposts of what Democrats want are being moved repeatedly. Photo by Kelly Kerr FOOTBALL/Tulsa World file

Resolving Oklahoma’s education funding issues ahead of a planned April 2 teacher (and now state employee) walkout doesn’t seem to be getting any easier for state lawmakers — and it may be getting harder.

For more than a year, legislators — and particularly the Republican majority — have grumbled about “moving the goalposts.” The complaint has been that the Democratic minority, especially in the House, keeps changing its bargaining position.

The Democrats deny this, and the entire argument tends to quickly deteriorate into a circular tail-chaser.

It seems pretty clear, though, that the goalposts have not only moved in recent months, but they’ve multiplied.

Rising grassroots involvement by and in support of educators — and the more vocal entry of state employees into the fray — have made it bigger, broader and harder to define.

“I’m not sure what success looks like in the current situation,” said Steve Lewis, speaker of the House during the dramatic 1990 education reform and funding fight and still a regular presence at the Capitol.

The discussion has spread from simply teacher raises to school funding in general, state employee pay and, to a lesser extent, denuded state services.

Asked if the April 2 walkout can be averted, lawmakers interviewed last week literally or figuratively shrugged and said they hoped so but had no firm idea how.

“Is it possible?” said House Minority Leader Steve Kouplen, D-Beggs. “I’ve seen a lot of things happen pretty fast in this building. But I think it’s a little optimistic.”

The first, which never got off the launching pad, would have eliminated the state sales tax on groceries but raised it a percentage point on everything else. It also would have raised the special gross production tax rate from 2 percent to 4 percent.

The second was similar to a bill that fell a few votes short of the required three-fourths majority in the House in November. It came up two votes short in the Senate last week, and Majority Leader Greg Treat said later in the week that a reworked version might be brought back soon.

But nothing can make it through the House without the help of some Democrats, and Democrats have been adamant about extracting more from gross production and income taxes. Twenty-three House Democrats voted for the bill in November, but whether they still would is unclear.

Going to 5 percent on the special GPT rate, said Kouplen, “would make things flow a lot easier on your side.”

But he and Senate Minority Leader John Sparks, D-Norman, also sound hazier about the end goal.

Sparks said the Senate’s eight Democrats voted against the most recent offering on that side of the Capitol because it wouldn’t raise enough money. That’s a slight difference from the earlier emphasis on gross production and income tax.

Kouplen hesitated when asked what it will take for his small but pivotal caucus to unite behind a proposal.

“We would have to put a pencil to it,” he said.

Education funding, including teacher pay, is an important criterion, Kouplen said, but “teacher pay raises are not the end-all.”

Early last week, Speaker Charles McCall, R-Atoka, said he was confident that agreement on a $5,000 teacher pay increase would be reached “within the next 12 months.”

“It is going to happen,” McCall said. “It is fully going to be realized. Let me put it that way.”

A few months ago, the promise of a $5,000 raise likely would have been enough for many teachers. But now the demand from the Oklahoma Education Association is $10,000 over three years.

“I think that the $10,000 is something that would have to be looked at, considered over a phased-in approach,” McCall said. “Attaining that in a single session, I think, would be extremely difficult.”

On Thursday, McCall offered a six-year, $700 million pay program he and his allies said could raise some experienced teachers’ salaries by nearly 50 percent.

It did not, however, include more spending for additional teaching positions or operations, nor did it have a definite way to pay for the new spending.

The OEA quickly dismissed McCall’s proposal as a road its members have been down before.

McCall was supported, however, by Professional Oklahoma Educators, a rival group that opposes teacher work stoppages under any circumstances.

And none of that even touches state employee pay, which has not been adjusted in a decade.

Lewis points out that when teachers came to the Capitol in the spring of 1990, the landmark House Bill 1017 had been hammered out over more than a year of meetings. It had already passed the House and Senate and needed only five Senate votes to secure an emergency clause — a section making the law immediately effective.

The emergency was deemed necessary because opposition forces were readying an initiative petition to effectively strangle HB 1017 in its cradle.

This spring, there is neither a definite plan to get behind nor narrowly define objectives.

Which is why, to lawmakers, the goalposts seem to be moving — and growing in number.

The library is the second project in a four-part expansion.

Facing the potential academic impacts of COVID-19, both Union and Tulsa Public Schools are expanding their students' tutoring access, as is the Cherokee Nation.

A grant is making it possible for Pawhuska third grade students to learn ballet during gym class.

Senate Bill 38, authored by Sen. David Bullard, R-Durant, would allow individuals with a valid handgun license to proceed through a security checkpoint with a weapon after presenting the license. JOHN CLANTON/Tulsa World

Tulsa students tear down a goalpost in Skelly Stadium after the Golden Hurricane defeated the Miners 20-10 in 2002. Some Republican Oklahoma Legislators are saying in 2018 that it feels like the goalposts of what Democrats want are being moved repeatedly. Photo by Kelly Kerr FOOTBALL/Tulsa World file 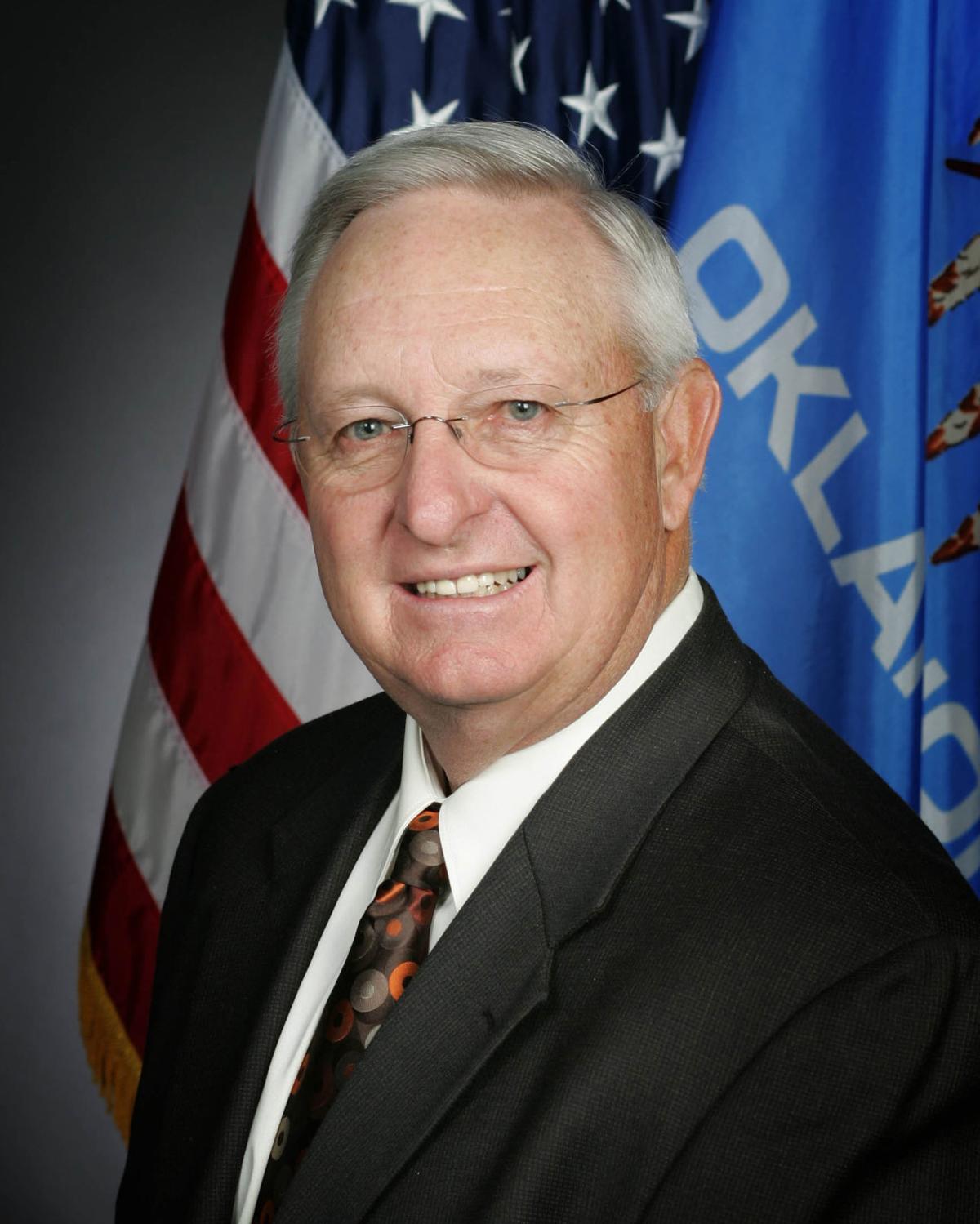 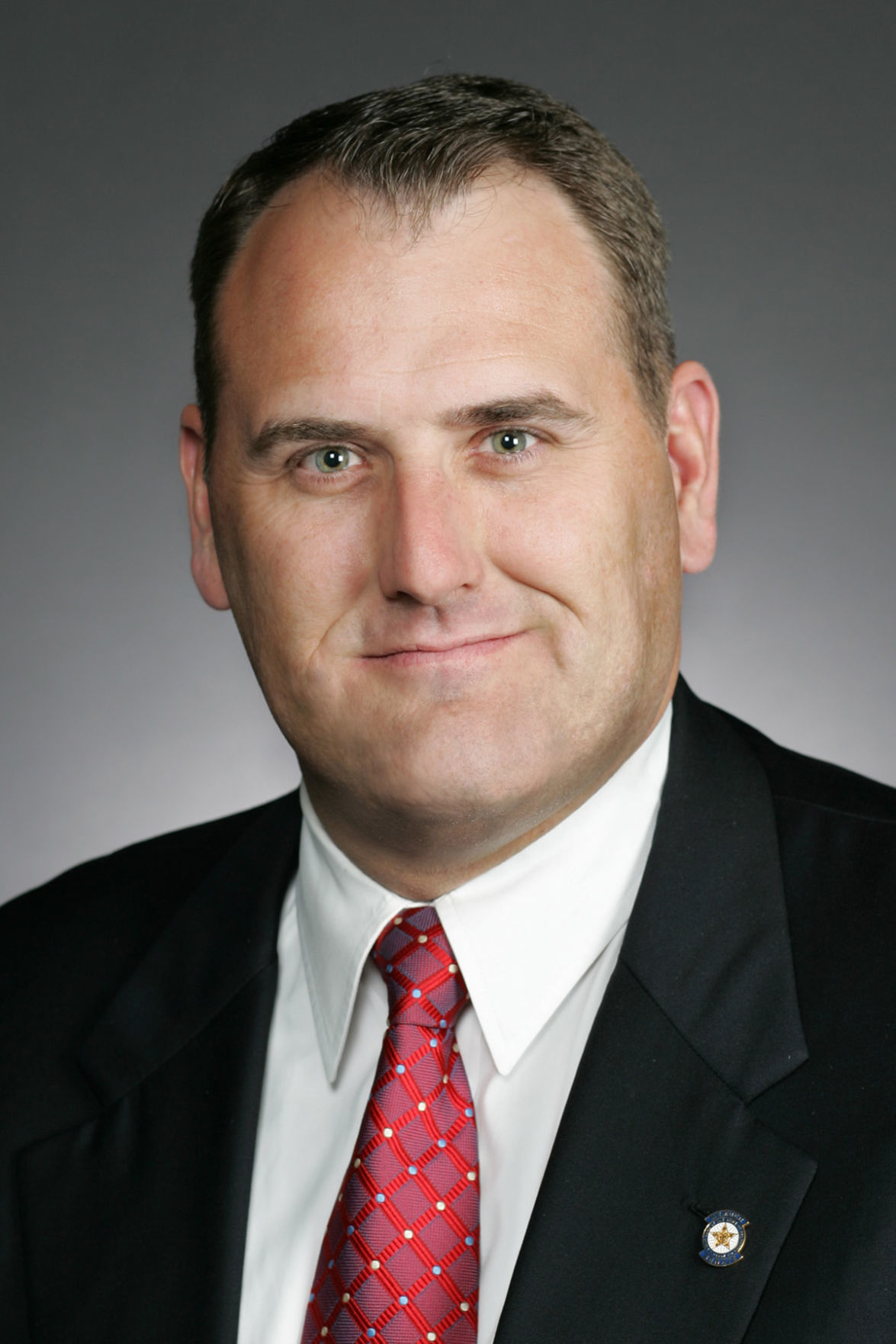 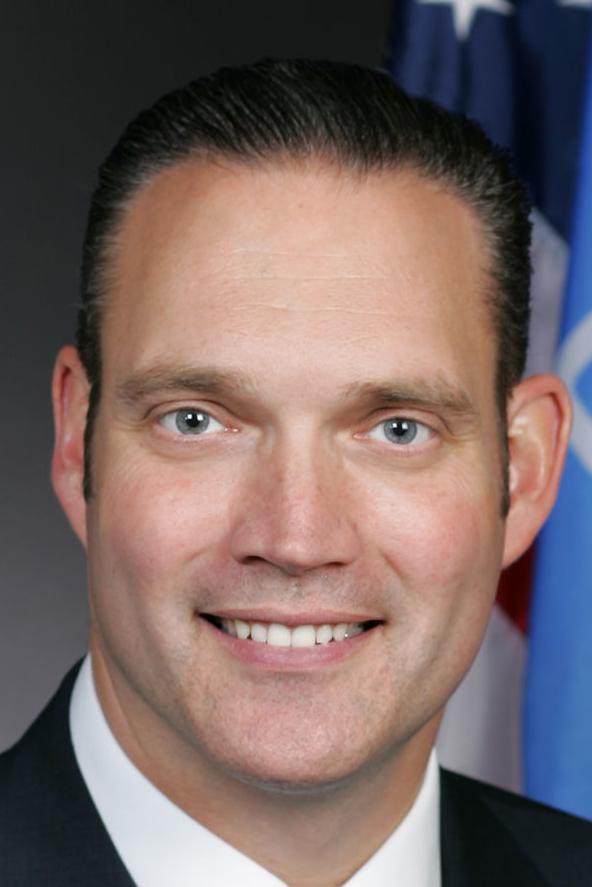