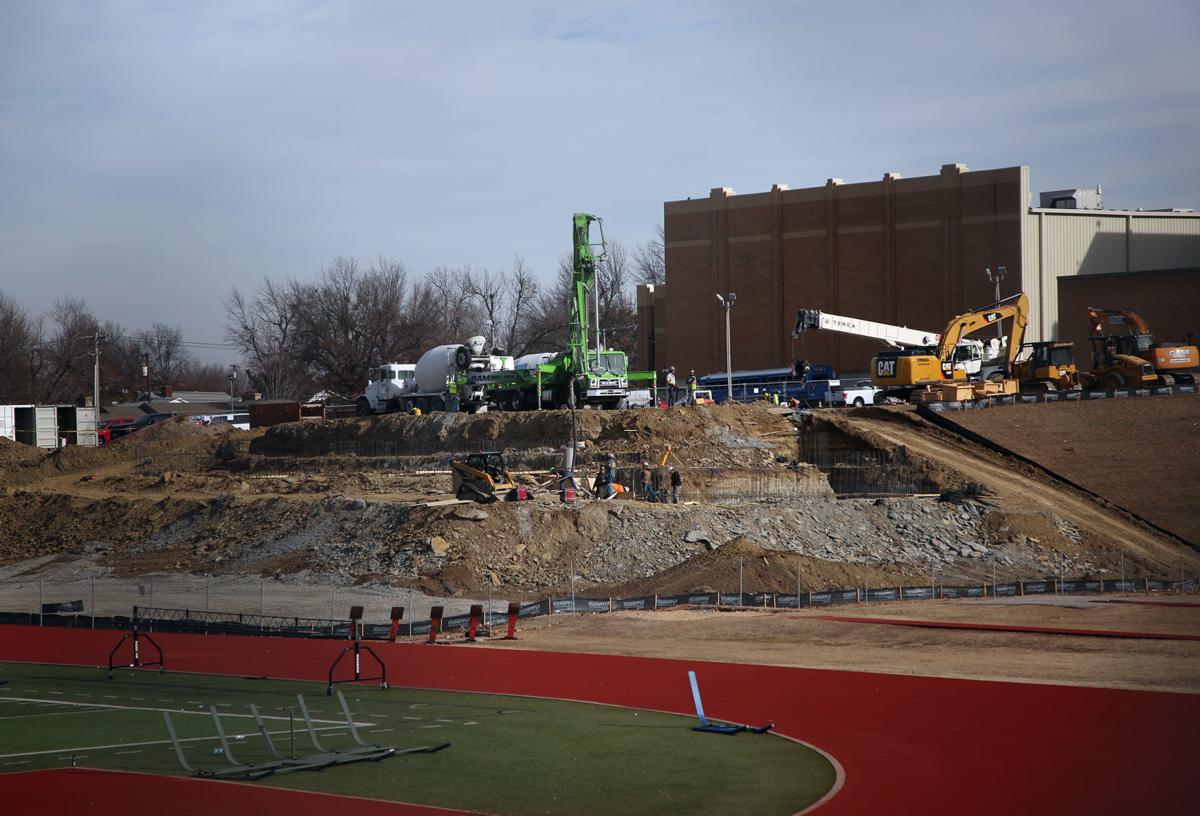 Construction is underway at Will Rogers High School Stadium in Tulsa. The new stadium is expected to be completed in time for the 2020-21 football season. JOHN CLANTON/Tulsa World 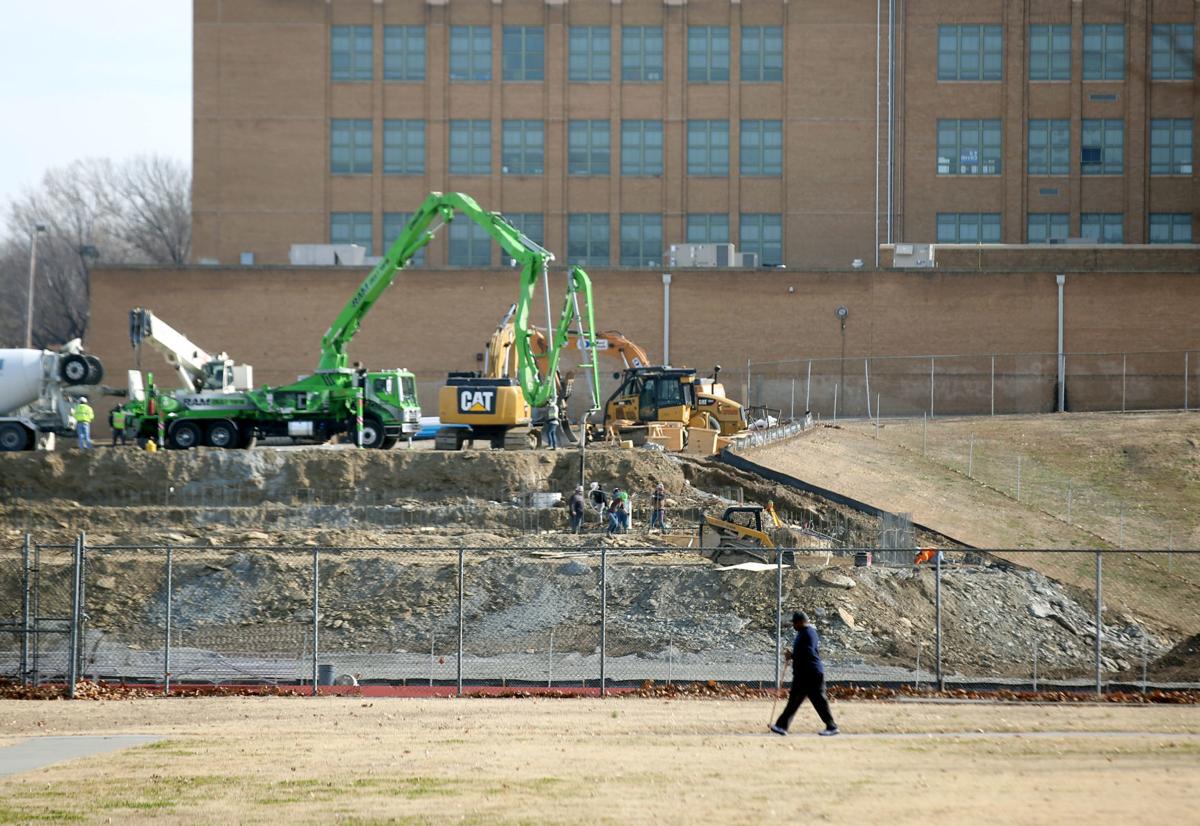 A pedestrian walks the trails at Turner Park on East Fifth Street while construction is underway at Will Rogers College High School stadium. JOHN CLANTON/Tulsa World 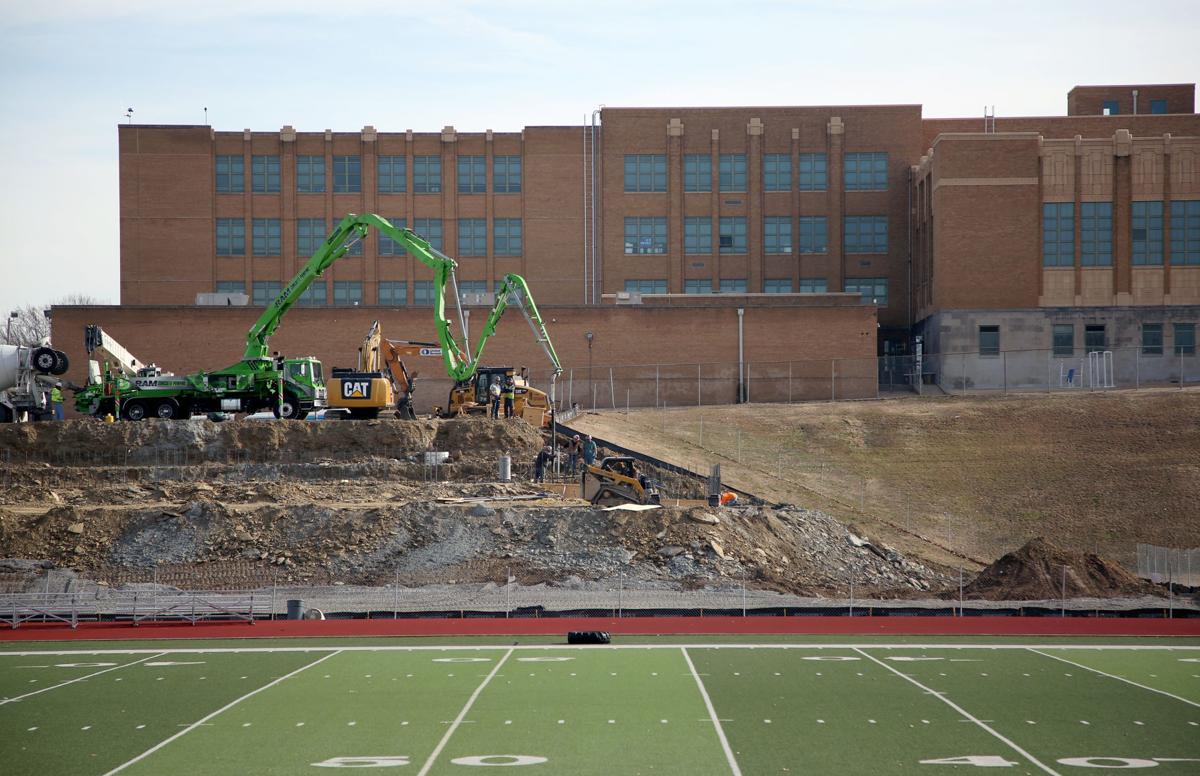 As 2019 comes to an end, so does Will Rogers College High School’s final year without its own football stadium.

Construction of the multisport venue at the high school northeast of 11th Street and Harvard Avenue began in November and is expected to be completed in time for the 2020-21 football season.

Will Rogers has lacked a football stadium for eight decades. The team played its home games at a number of venues over the years, including the University of Tulsa’s Skelly Stadium and Booker T. Washington’s S.E. Williams Stadium.

That’s finally changing, thanks to a $415 million bond project approved by voters in 2015. The new $4.5 million stadium is being built west of the main building and on the site of the current football practice field.

The unnamed venue also will be the home for the Will Rogers College High and Junior High School soccer and track programs. Those teams, along with Rogers’ band and cheer squad, joined football players in celebrating the start of construction at a groundbreaking ceremony on Nov. 1.

Crossland Construction is the general contractor for the project. The stadium was designed by Sparks Reed Architecture and Interiors.

Per Tulsa Public Schools policy, a committee will preside over a three-month stadium naming process. Suggestions will be accepted from Rogers alumni and other members of the community.

TPS has not had a new football stadium since East Central High School’s was built in 1997. A new stadium reportedly is planned for Central in 2021.

As part of the alternative school’s redesign, its students were asked in the fall of 2019 for input. Among the items specifically brought up was the name, and after group research projects, the students kept coming back to the name North Star Academy.

In the back-and-forth over alleged contract violations, the Statewide Virtual Charter School Board on Tuesday voted to give Epic Charter Schools one last opportunity to come to an agreement that would halt termination proceedings.  #oklaed

College Park, a collaboration between Tulsa Community College and Oklahoma State University-Tulsa to offer a four-year public university experience at one location, will begin taking applications May 3 for the fall semester, officials said.

At its regular meeting Monday night, Union Public Schools’ board of education voted 5-0 to authorize its attorney to pursue legal action against the state Board of Education over its decision March 25 to settle a 2017 lawsuit from the Oklahoma Public Charter School Association.

Representatives from grassroots organizations on Wednesday decried the lack of funding for public education and criticism of it.

Construction is underway at Will Rogers High School Stadium in Tulsa. The new stadium is expected to be completed in time for the 2020-21 football season. JOHN CLANTON/Tulsa World

A pedestrian walks the trails at Turner Park on East Fifth Street while construction is underway at Will Rogers College High School stadium. JOHN CLANTON/Tulsa World