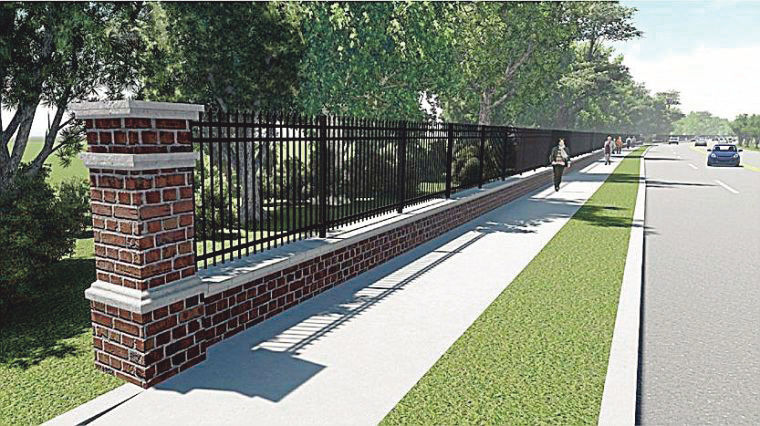 An artist’s rendering depicts a proposed sidewalk on the east side of Riverside Drive that was taken out of plans through a decision by Mayor Dewey Bartlett. CITY OF TULSA/Courtesy 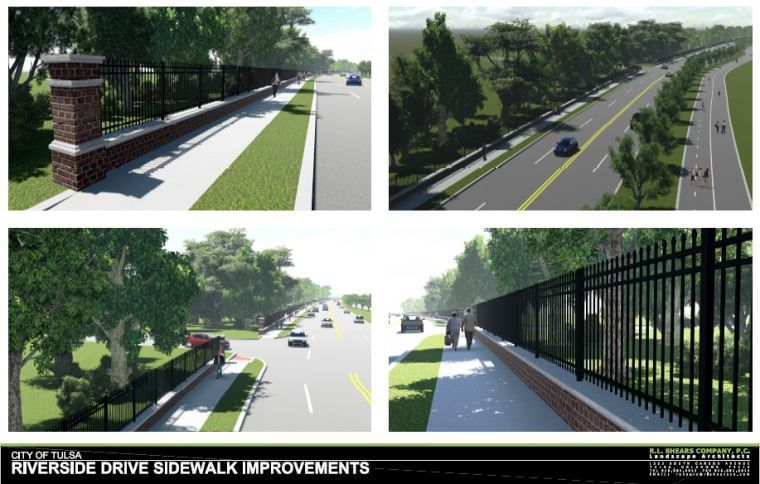 These renderings provided by the city of Tulsa show the proposed sidewalk along Riverside Drive north of A Gathering Place for Tulsa. Mayor Dewey Bartlett halted the planned construction of the sidewalk, citing safety concerns. Courtesy

Mayor Dewey Bartlett will attend a Nov. 24 public meeting to discuss a proposed sidewalk on the east side of Riverside Drive near A Gathering Place for Tulsa park.

Mayoral Chief of Staff Jarred Brejcha also is scheduled to attend the meeting, which will be held at 6 p.m. at the Tulsa Garden Center, 2435 S. Peoria Ave.

“The purpose ... is so that those interested in the city’s sidewalk policy and the Riverside sidewalk may attend and hear information from city officials and ask questions,” said city spokeswoman Kim MacLeod.

City Councilor Blake Ewing and city officials arranged the public meeting after it was reported that it was Bartlett who decided not to construct the sidewalk.

Ewing will also host a Dive Bar Town Hall meeting Dec. 1 to discuss the city’s sidewalk policy in general. The meeting will be at 6 p.m. at The Fur Shop, 520 E. Third St.

The sidewalk near A Gathering Place was part of the city’s initial plans for the Riverside Drive renovation. The sidewalk was dropped by Bartlett following a meeting with neighborhood residents, including a man with whom the mayor owns a building.

The sidewalk would have run between the north boundary of the park and 21st Street.

Bartlett has said his decision was based on a number of factors, none more important than public safety.

Neighborhood residents have noted that the decision was made after several public meetings attended by hundreds of people.

They also note that the city’s original plan for the sidewalk called for the demolition of several homes along Riverside Drive.

The one issue that could not be resolved in those meetings was whether the sidewalk should be constructed.

Paul Zachary, director of the city’s Engineering Services department, has said previously that given the significance of the project and the fact that the city has a policy calling for the construction of sidewalks on arterial streets, he told neighborhood residents that he could not remove the sidewalk from the plan and that they would need to take their concerns to the mayor.

The city’s Complete Streets policy calls for sidewalks to be built on at least one side of arterial streets that are rehabilitated.

One factor that played a big role in the discussions was whether the sidewalk was absolutely needed, Zachary said.

“I would say we would be having a different discussion if there wasn’t a Midland Valley Trail and there was not a trail on the east side of River Parks,” on the west side of Riverside Drive, he said.

Two meetings have been scheduled to discuss the city's sidewalk policy and a proposed sidewalk on Riverside Drive near A Gathering Place for Tulsa park.

An artist’s rendering depicts a proposed sidewalk on the east side of Riverside Drive that was taken out of plans through a decision by Mayor Dewey Bartlett. CITY OF TULSA/Courtesy

These renderings provided by the city of Tulsa show the proposed sidewalk along Riverside Drive north of A Gathering Place for Tulsa. Mayor Dewey Bartlett halted the planned construction of the sidewalk, citing safety concerns. Courtesy