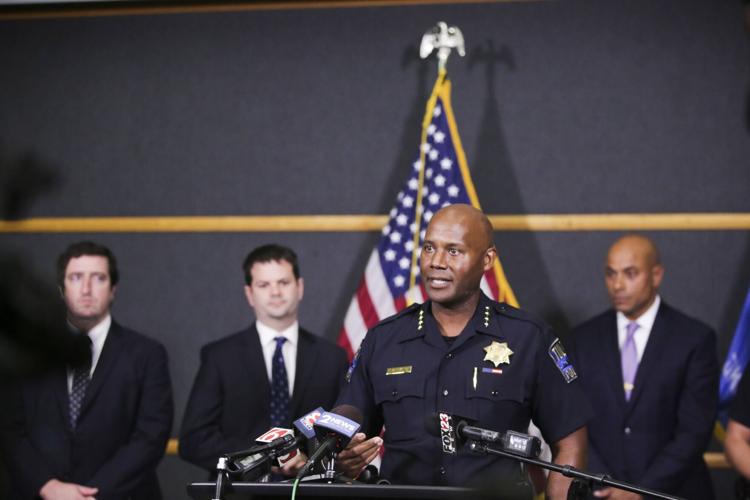 Chief Wendell Franklin and the Tulsa Police Department’s Crime Gun Unit address the press on Tuesday about a recent initiative to combat gun and gang violence. 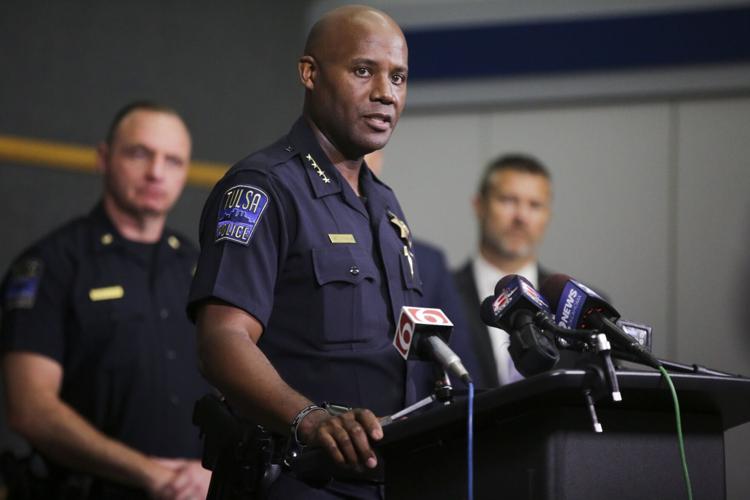 Tulsa Police Chief Wendell Franklin and officers with the Crime Gun Unit address the press Tuesday about a recent initiative to combat violence in the city. 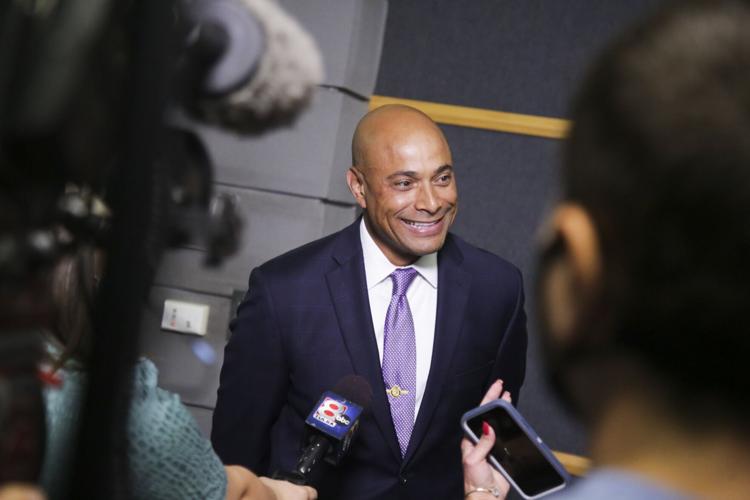 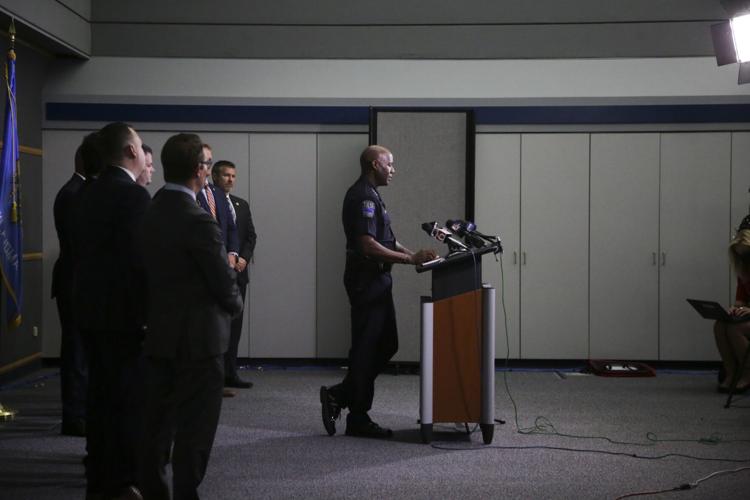 Tulsa Police Chief Wendell Franklin and the Crime Gun Unit address the press at Police Department headquarters on Tuesday about a recent initiative to combat gun and gang violence. 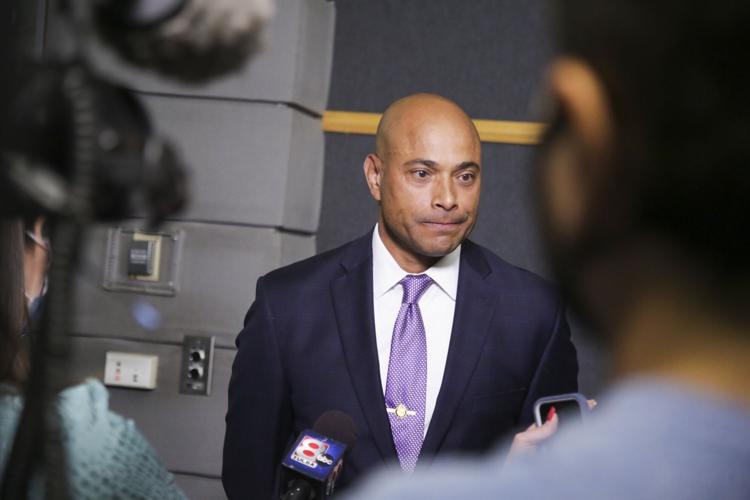 Tulsa police ready to implement internal Use of Force Review Board

Tulsa police say their violent crime initiative is bearing fruit — to the tune of 61 arrests and 203 gun seizures in its first 30 days.

The Tulsa Police Department held a press conference on Tuesday to give the public a peak into the operation, which targets repeat perpetrators of gang-related gun violence.

The arrests and seizures were made with four instances of moderate uses of force, five vehicular pursuits and no shootings, Chief Wendell Franklin added, though he said the latter were expected considering the types of “violent” individuals officers sought.

Prosecutors have filed 115 felony charges in connection with the investigations, Franklin said.

“Most of the individuals have been involved multiple times in multiple shootings,” Franklin said, and as for the guns: “It’s not just handguns we’re talking about; we’re talking about assault rifles and long guns that really wreak havoc on our streets.”

Franklin said he could not yet release the names of those arrested because many of the cases are “intertwined.” Naming one individual might compromise an ongoing investigation, he said.

Since April, crime and intelligence analysts have linked more than 80 incidents to gang feuds.

Franklin said the analysts have largely driven the direction of the investigations as they uncover links among guns, shooters, accomplices and victims, but TPD leadership’s first step in addressing the uptick in violence was to meet with affected community representatives and partners.

They then deployed specialized units from five divisions throughout the city and enlisted help from patrol officers in each uniform division, along with assistance from the federal Bureau of Alcohol, Tobacco, Firearms and Explosives and the Federal Bureau of Investigation. The forensics lab was also “crucial” in getting the necessary data to analysts quickly, Franklin said.

He could not say how many of the guns seized were stolen, but he emphasized that nonviolent offenses, such as the theft of a gun from a car, can quickly lead to violence.

“These guns are making their way into the hands of individuals that are going to create violence on our streets,” Franklin said.

That is why, he urged, it is so important for residents to lock their car doors and secure their personal firearms.

“If you think your car is safe in your driveway at nighttime or during the day, it is not,” Franklin said. “There are people that literally go around at nighttime, and all they do is check doors. They’re not going to break the window, but they check door handles, and if your doors are unlocked — if you forgot to lock that car door and you have a firearm in that vehicle — it’s not going to be there in the morning.”

The action came in response to a teenager killed and another injured during a football game Friday night.

Update: One dead after shooting at southeast Tulsa apartment complex

The shooting occurred Friday evening at the Echo Trail apartments, just east of U.S. 169 between 61st and 71st streets.

Officers say that victim was shot in the foot and went to the New Hope Baptist Church, 5236 N. Martin Luther King Jr. Blvd., looking for help.

The day after the district attorney was stabbed by a family member, he said the 2015 fatal stabbing of then-state Labor Commissioner Mark Costello by his son should have sent a message to the state Legislature that things needed to change when it comes to mental health funding.

TPD said officers were working to clear the building even after the suspect was announced as taken into custody.

U.S. District Judge Claire Eagan’s replacement after she moves to part-time is unknown. The district will be short two judges as criminal case filings have doubled since the McGirt U.S. Supreme Court ruling.

Apocalypse Wow: Inside the luxury doomsday bunkers designed to protect the global elite

Apocalypse Wow: Inside the luxury doomsday bunkers designed to protect the global elite

Chief Wendell Franklin and the Tulsa Police Department’s Crime Gun Unit address the press on Tuesday about a recent initiative to combat gun and gang violence.

Tulsa Police Chief Wendell Franklin and officers with the Crime Gun Unit address the press Tuesday about a recent initiative to combat violence in the city.

Tulsa Police Chief Wendell Franklin and the Crime Gun Unit address the press at Police Department headquarters on Tuesday about a recent initiative to combat gun and gang violence.