Two attorneys general, one for the state of Oklahoma, the other for the Cherokee Nation, agree on at least a few things resulting from a landmark U.S. Supreme Court decision that said Congress never disestablished the Muscogee (Creek) Nation’s reservation.

Those aspects: 1) The court decision did not affect individual property rights; 2) Congress will be needed to close jurisdictional gaps created by the decision; and 3) both the state and the tribes need to work together as Congress considers closing those gaps.

Those issues and more were featured during another Tulsa World “Let’s Talk” virtual town hall program.

Moderated by Tulsa World Editorial Pages Editor Wayne Greene, this episode in the series of discussions focused on McGirt v. Oklahoma, a case that turned on whether the Muscogee (Creek) Nation reservation boundaries dating back to 1866 had ever been disestablished by Congress.

The Supreme Court, in a 5-4 decision issued July 9, found that Congress had never specifically disestablished the Muscogee (Creek) Nation’s reservation despite the state’s claim that it did so indirectly with the creation of Oklahoma as a state.

The immediate result of the ruling has caused the state to dismiss some existing criminal cases in which one of the parties was an American Indian and the crime occurred in the Muscogee (Creek) Nation reservation, which has an 11-county footprint and includes much of the city of Tulsa.

The dismissed cases have been refiled in U.S. District Court.

The ruling has also caused local and state governments to cede jurisdiction in some criminal cases that have occurred since the ruling to the federal government for prosecution.

Hunter said he was disappointed with the “flash cut” method used by the five justices in the Supreme Court majority who made the decision.

“So 113 years of jurisdiction, with the stroke of a pen, was absolutely set aside by Justice (Neil) Gorsuch, who wrote the opinion,” Hunter said. “And I think that is irresponsible.”

Hunter faulted the majority for not including a transition period of some sort, as the Supreme Court has in some other cases.

Hill, meanwhile, said that while the McGirt decision doesn’t immediately affect criminal cases within the jurisdictions of the other four major tribes in the area, including the Cherokee Nation, she believes that it eventually will, because the Creek, Cherokee, Chickasaw, Choctaw and Seminole nations share similar treaty and legal histories.

Hill said the ruling will likely affect other areas of tribal law, including the Indian Child Welfare Act, which provides for exclusive tribal jurisdiction in adoptions involving American Indian children.

Asked their views on whether the McGirt decision affected property rights within the Muscogee (Creek) Nation reservation, Hunter and Hill said they believed it did not.

“My view of that is the property rights are unaffected,” including oil and gas leases, Hunter said.

Hill agreed that the decision had more to do with “governmental authority and jurisdiction.”

Hunter indicated that he still held out hope that all five tribes and the state could come together on a proposal to Congress aimed at resolving criminal jurisdictional issues created by the decision.

The Seminole and Muscogee (Creek) nations both have said they oppose a tentative proposal to Congress unveiled by Hunter after the McGirt decision. One key aspect of the proposal would have returned criminal jurisdiction in major crimes to the state.

Hill acknowledged that the decision created some jurisdiction gaps that Congress will need to close.

“To that end we are willing to work together. We’re willing to go to Congress to get what we need to close those jurisdictional gaps,” Hill said.

A Tulsa County jury began hearing testimony Tuesday in the case of a man accused of shooting a childhood acquaintance in 2019 — three years after a judge found the same man actually innocent in a 1994 fatal drive-by shooting, resulting in his release from prison.

In a plea agreement with federal prosecutors, Brandon Joseph Smith, 37, admitted Wednesday to strangling his wife, 34-year-old Cynthia Mayfield, on March 4, 2019, at their home east of downtown Tulsa.

De’Marchoe Carpenter’s jury trial began Monday, with the first witness taking the stand Tuesday afternoon in connection with allegations that Carpenter shot his childhood acquaintance, Sheldon Reed, multiple times while Reed was in his own vehicle in north Tulsa.

These YouTubers recorded a confrontation with OKC police. Now they are accused of falsely reporting a crime

Three YouTubers face a misdemeanor charge accusing them of falsely reporting a crime to instigate a confrontation with Oklahoma City police April 29.

The driver, whose identity is being withheld while the crash is being investigated, was driving a 1999 Ford Explorer west in the eastbound lanes near mile marker 5.5 in Broken Arrow around noon Thursday when the SUV struck a 2010 Subaru head-on, troopers said.

The Grand River Dam Authority Police Department is seeking assistance to identify the body of a man pulled from Tar Creek. 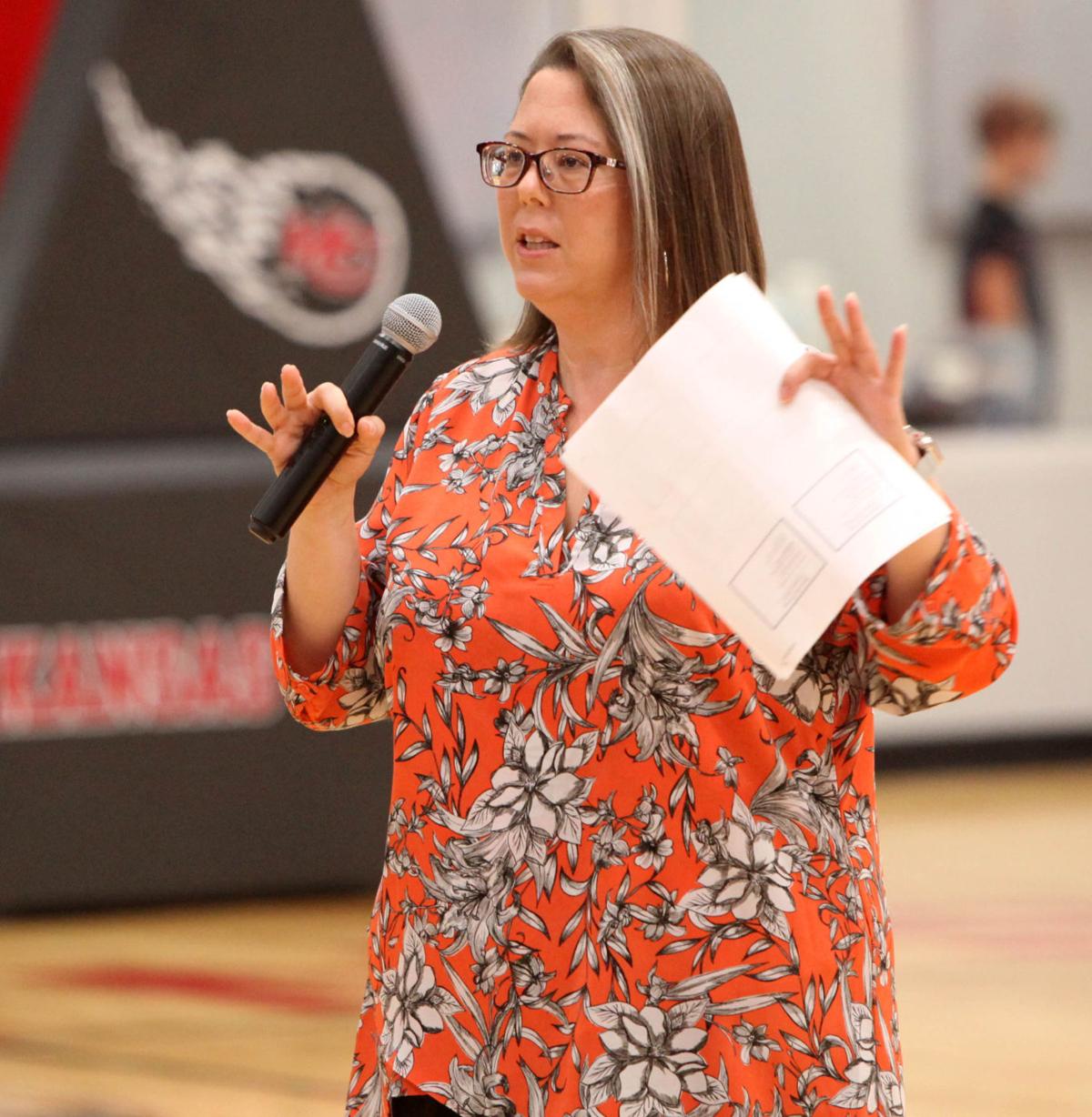 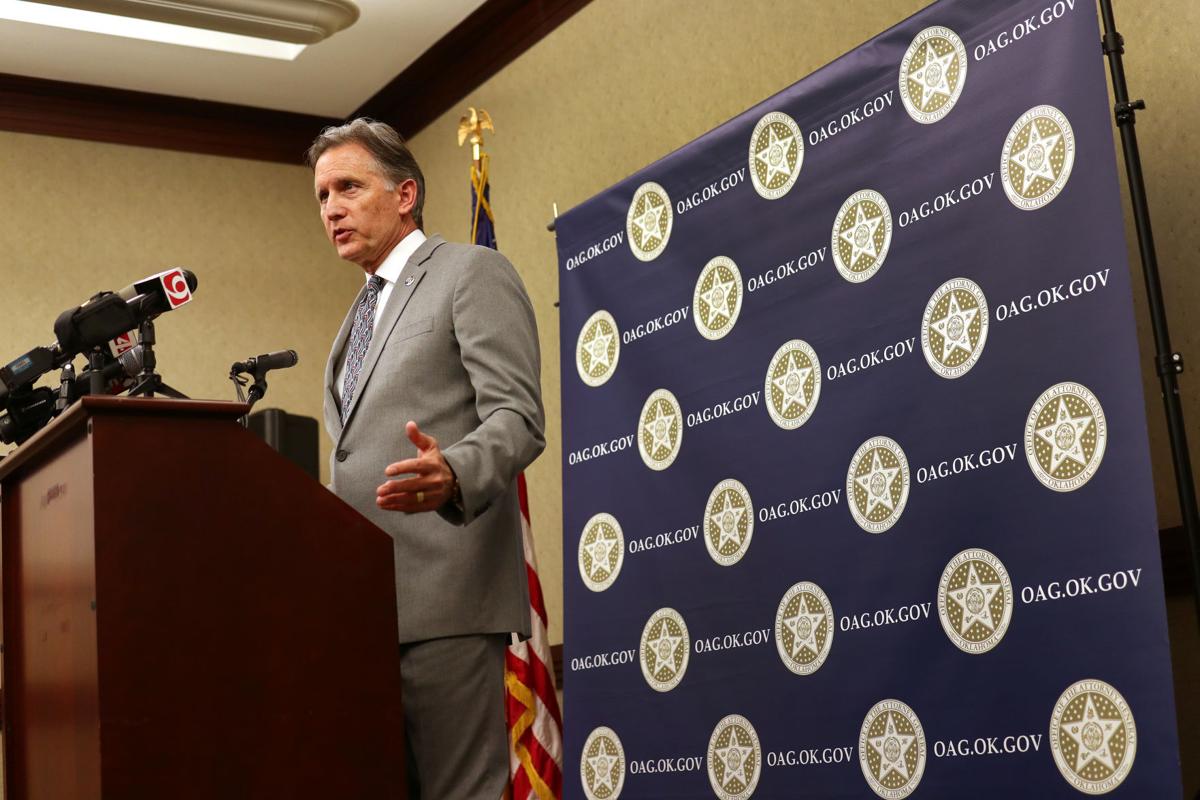 Oklahoma Attorney General Mike Hunter recently added his opinion in a court case challenging how and when Pennsylvania counts its ballots.