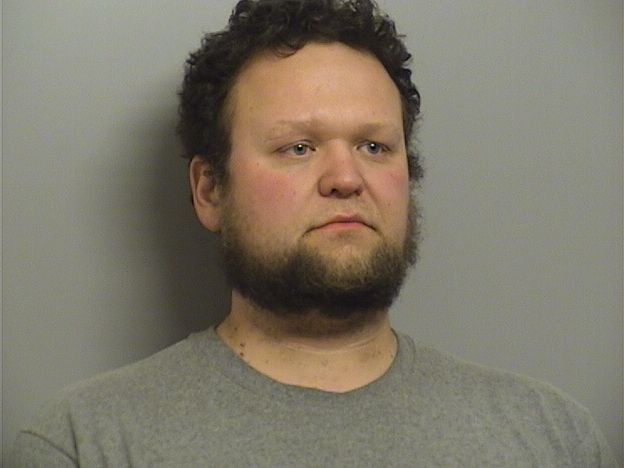 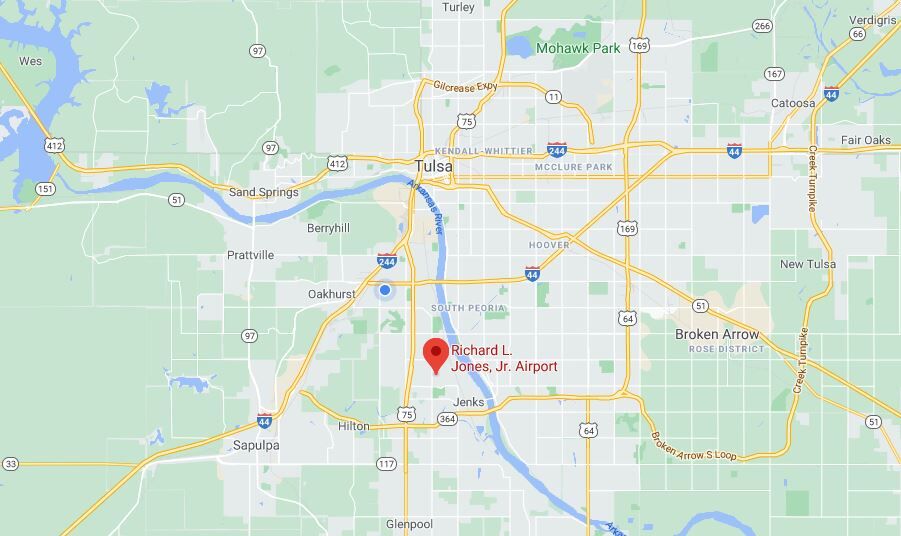 Correction: The age of the man arrested was originally reported incorrectly. It has been corrected.

A Tulsa man is accused of drug trafficking after more than 100 pounds of methamphetamine was discovered on a plane he landed at Jones Riverside Airport, according to a court document.

Badlands Justice McNally, 29, is facing federal complaints manufacturing, distributing, dispensing or possessing with intent to distribute a controlled substance and possessing a firearm in furtherance of a drug trafficking crime. He was booked into the Tulsa County jail and was being held in lieu of $35,000 bond, according to jail records.

“This arrest exemplifies why partnerships among federal, state and local law enforcement are a force multiplier. Assistant U.S. Attorney Joel-lyn McCormick will lead the prosecution of McNally. Together this team continues to hold accountable those individuals and organizations who transport and traffick illicit drugs into northeastern Oklahoma.”

Investigators were alerted by the U.S. Customs and Border Protection Air and Marine Operations Center on Tuesday that a plane was heading to Tulsa from Lake Havasu City, Arizona, and requesting that Homeland Security conduct a pilot certification inspection, according to an affidavit filed in the Tulsa-based U.S. District Court for Northern Oklahoma.

Investigators saw the plane land at Jones Riverside Airport about 8 p.m. and found that it was piloted by McNally, officials reported in the affidavit. They started a pilot certification inspection, and McNally gave them his pilot credentials. While the credentials were being verified, investigators asked him where he was coming from.

McNally reportedly became defensive and agitated, and investigators asked whether anyone had asked him to transport anything for them.

Before investigators could finish explaining that they were not “overly concerned” about marijuana, McNally said, “It’s probably not marijuana in there,” according to the affidavit.

“I don’t want to get my head chopped off,” he reportedly added.

After that, a Tulsa police officer had a police dog sniff the plane in a search for drugs, and the dog pointed them in the direction of the cargo door, according to the affidavit.

Investigators opened the cargo door and found two duffel bags containing what he recognized as meth, according to the affidavit.

They also found a Norinco 7.62x39 rifle with multiple loaded magazines, a .45-caliber Ruger pistol with two magazines, and a Glock pistol, the affidavit says.

Agents arrested McNally, who said in an interview after the arrest that he had made seven or eight similar trips, according to the affidavit. McNally reportedly told investigators he never looked in the bags because he didn’t want to know what was in them.

McNally said he was paid between $7,000 and $12,000 to make the flights, the affidavit says. He said he would fly money and guns from Tulsa to airports in California, and then return with the duffel bags; he said he intentionally used different airports to avoid detection, according to the affidavit.

Jones Riverside Airport, located in south Tulsa near Jenks, had nearly 200,000 takeoffs and landings in 2018 and serves as Tulsa’s secondary airport after Tulsa International, according to its website.

24 of the biggest Tulsa-area drug busts since 2014

24 of the biggest Tulsa-area drug busts since 2014

Here's how bad nuclear war would be for our planet

Here's how bad nuclear war would be for our planet

A Tulsa man was sentenced Wednesday to serve 200 months — more than 16 years — in federal prison after he pleaded guilty earlier to fatally shooting a man in 2019.

Originally charged with first-degree murder, Jered Lee was convicted of manslaughter on Monday in the death of his friend of 20 years.

Robert Wayne Hutson, 62, is charged with first-degree manslaughter and driving under the influence on allegations that he caused a collision while driving on the wrong side of U.S. 75, killing Harrison Brace Jr., 83, of Okmulgee.

The man's death doesn't necessarily close the case as detectives continue to work through evidence.

Woman shot while driving on I-244, Tulsa police say

A woman who heard a pop while driving on Interstate 244 pulled over east of Harvard and realized she had been shot, according to police.

Update: Man arrested in connection to shooting after standoff with police in north Tulsa

Around 8:20 p.m., the neighbor was found by Tulsa County deputies at a north Tulsa Walmart supercenter, according to his arrest report, which stated he was unclothed and causing a disturbance.