This Oklahoma woman got 12 years for selling $31 worth of marijuana but was later paroled. Now she's back in jail for failure to pay court fees
0 Comments
Share this
{{featured_button_text}}
1 of 2 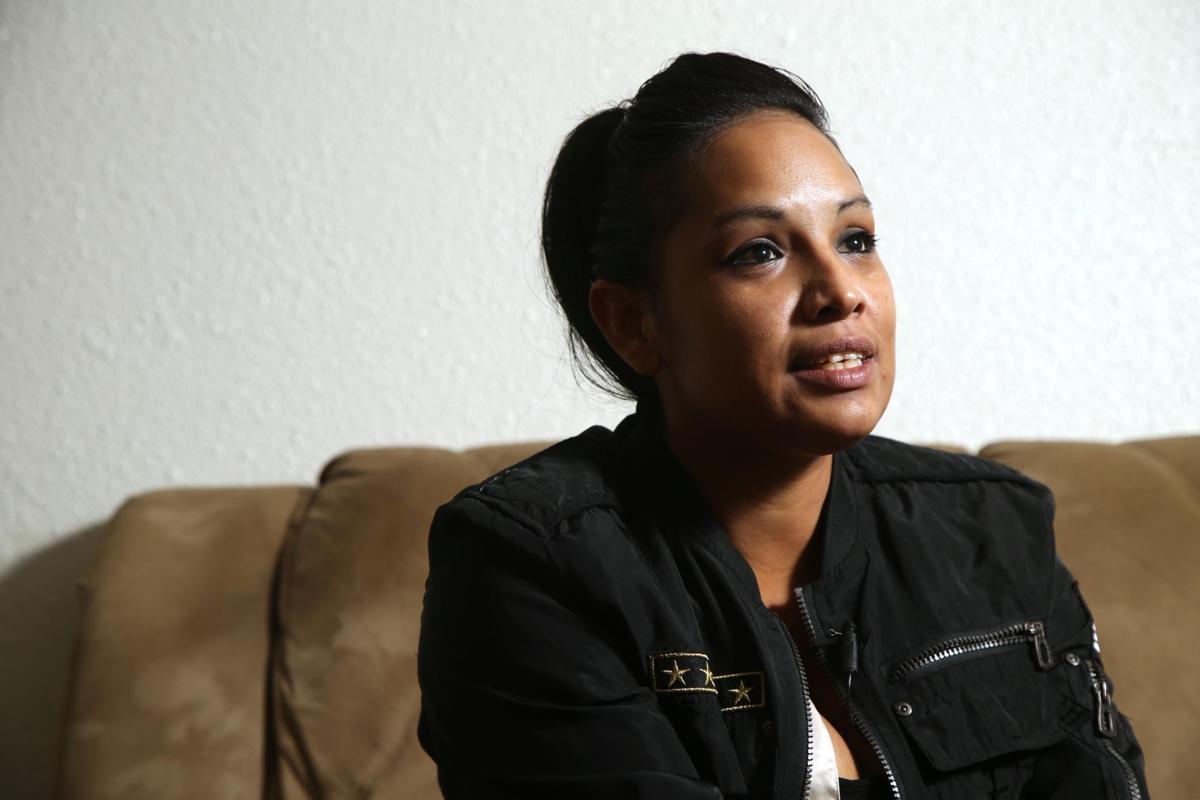 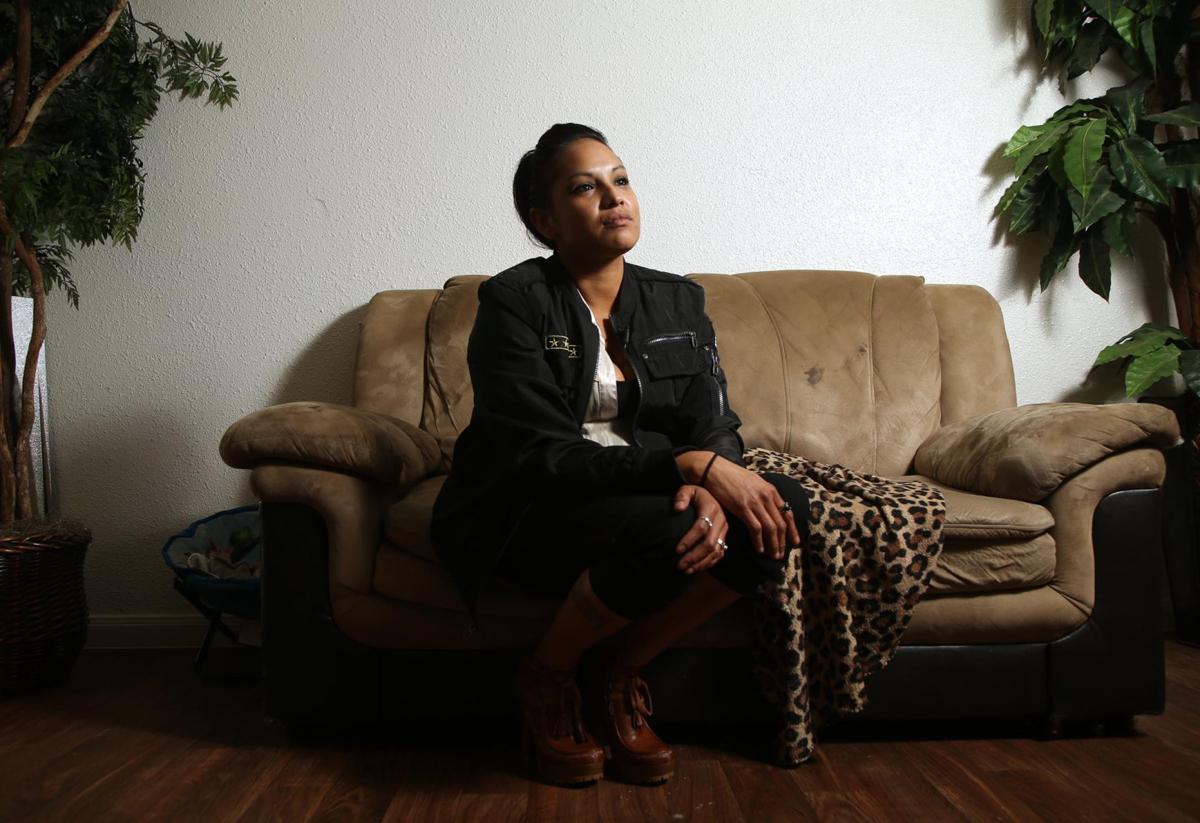 A woman who at one point had a 12-year prison sentence for selling $31 worth of cannabis is back in jail after police in Oklahoma City arrested her on a bench warrant seeking more than $1,100 in unpaid costs in the nearly decade-old case.

Patricia Spottedcrow was 25 when a Kingfisher County judge sentenced her for a first offense of distribution of a controlled substance — cannabis — to a police informant in December 2009 and January 2010. Spottedcrow had four young children at the time and did not have any criminal convictions when she pleaded guilty without a sentencing recommendation from a prosecutor.

The Tulsa World included Spottedcrow’s story in a 2011 project about women in Oklahoma prisons, drawing national scrutiny and grassroots advocacy aimed at securing her release.

A different judge modified her sentence to eight years with four years suspended during a 2011 judicial review. She left prison in November 2012 after then-Gov. Mary Fallin agreed with the parole recommendation of the Oklahoma Pardon and Parole Board.

But on Tuesday, news of Spottedcrow’s Monday arrest in Oklahoma City on the Kingfisher County warrant drew outrage from those who have followed her case.

“Today, folks are profiting off of the marijuana industry, and she is still suffering from that $31 sale almost a decade ago,” said Nicole McAfee, director of advocacy for the ACLU of Oklahoma. “It’s really disappointing and sad for the state of Oklahoma.”

An arrest report indicates that an Oklahoma City police officer “made voluntary contact” with Spottedcrow at the Plaza Inn Motel parking lot near Interstate 35 around 1 a.m. Monday. The officer said Spottedcrow provided her identifying information and that he learned she had a felony warrant from Kingfisher County related to her 2010 case.

Spottedcrow was also charged in late 2010 with cannabis possession after authorities found a small amount in a jacket pocket while booking her into the Kingfisher County jail following her sentencing in the early 2010 case. She pleaded guilty in January 2011 and received a two-year concurrent sentence in that later case.

A 2017 Tulsa World story indicates that Spottedcrow splits her time between Kingfisher and motels in Oklahoma City because she struggles to find stable housing and employment. She got married in 2014 and has had at least two other children since then.

“I’ve never had Section 8 or HUD, but I need it now,” Spottedcrow said in 2017. “I even called my (Cheyenne and Arapahoe) tribe to help, and they didn’t. I called the shelters, and they don’t take large families.”

Spottedcrow’s mother, Delita Starr, was also accused of drug crimes in the 2009 incident. A judge handed her a 30-year suspended sentence, and Starr became the caregiver of Spottedcrow’s children while her daughter was in prison.

Court records show that Starr continues to pay court costs at least every other month.

Kingfisher County District Attorney Mike Fields said Tuesday that his office did not authorize or request the arrest warrant for Spottedcrow, saying cost collection bench warrants are typically handled by judges and the Court Clerk’s Office.

The Kingfisher County Court Clerk’s Office told KFOR-TV in Oklahoma City that it has received several calls from citizens interested in contributing the $1,139.90 needed to secure Spottedcrow’s release from jail.

Though Fields said failure to pay can form the basis for prosecutors to file an application to revoke a suspended sentence, in Spottedcrow’s case, he said he did not anticipate doing so. He also reiterated that his office was not involved in the issuance or service of the warrant.

Another prosecutor handled a 2018 revocation proceeding against Spottedcrow that resulted in Davis’ partially revoking her sentence in favor of a six-month jail term. Court documents indicate that she missed at least one regularly scheduled meeting with her probation officer and admitted drinking beer in violation of her conditions.

Attorney Brenda Golden, who represented Spottedcrow in more recent proceedings, attributed the missed probation appointment to a miscommunication about the status of the case.

But McAfee said the complexity of the legal system makes it a challenge for defendants to successfully complete what is asked of them, especially if their supervision period is lengthy. She also said Spottedcrow likely will have to pay additional filing fees and could even be ordered to pay the costs associated with her incarceration.

“At the end of the day, there are Oklahoma kids who are without their mother,” McAfee said of Spottedcrow’s situation. “There is a woman who is serving even more of an already unjust sentence, and we’re only setting her up to have to pay more fines and fees for a longer time.”

Ginnie Graham: Years after single mom got 12 years for selling $31 of weed, Oklahoma is still No. 1 for locking up women

Incarceration takes away one mother's life

Charges against a slew of defendants in a March killing were dropped Tuesday and re-filed, earning Gabriel Hopson a lesser charge of accessory to murder and Wendell Alexander, formerly identified as a witness, a charge of first-degree murder in the March slaying of Eric Graves.