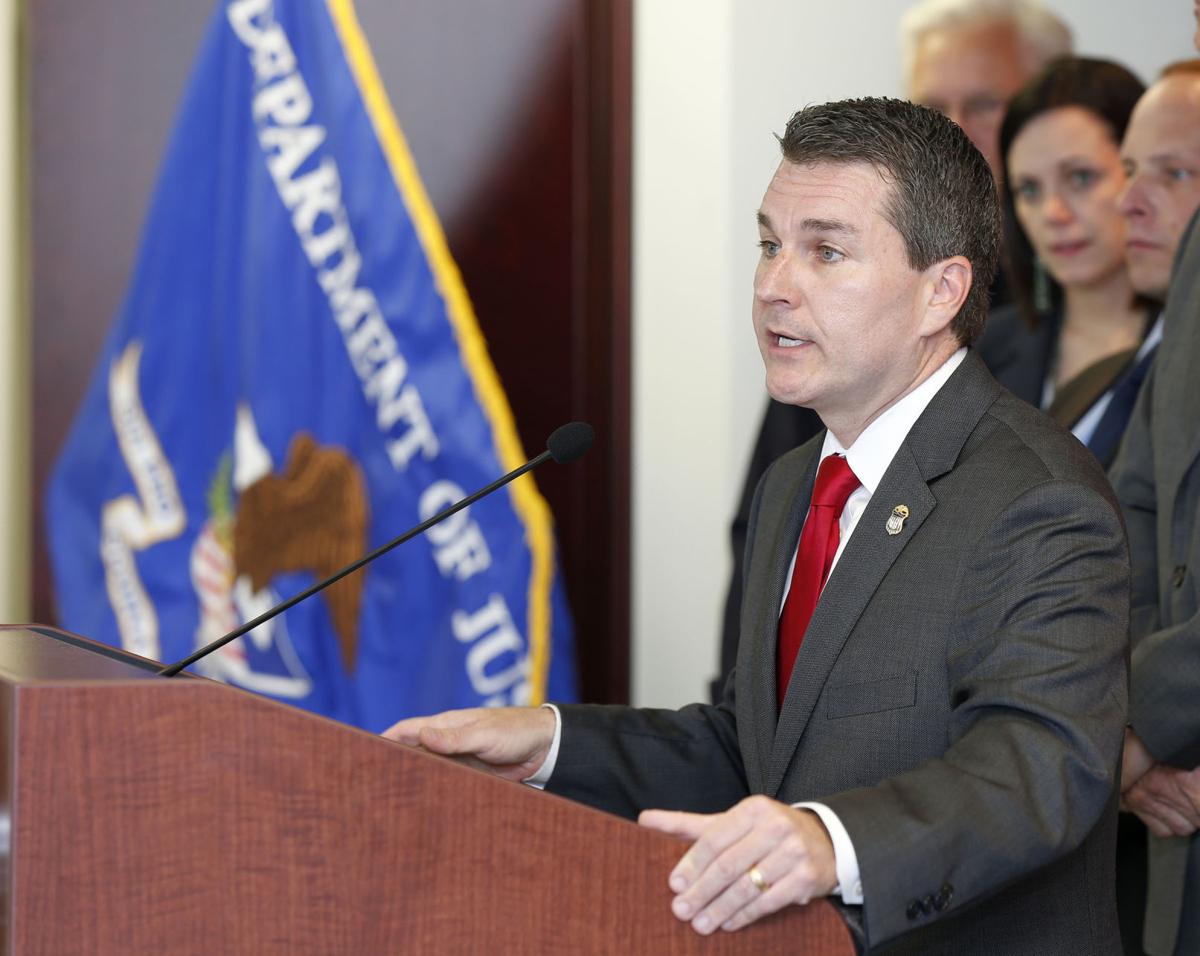 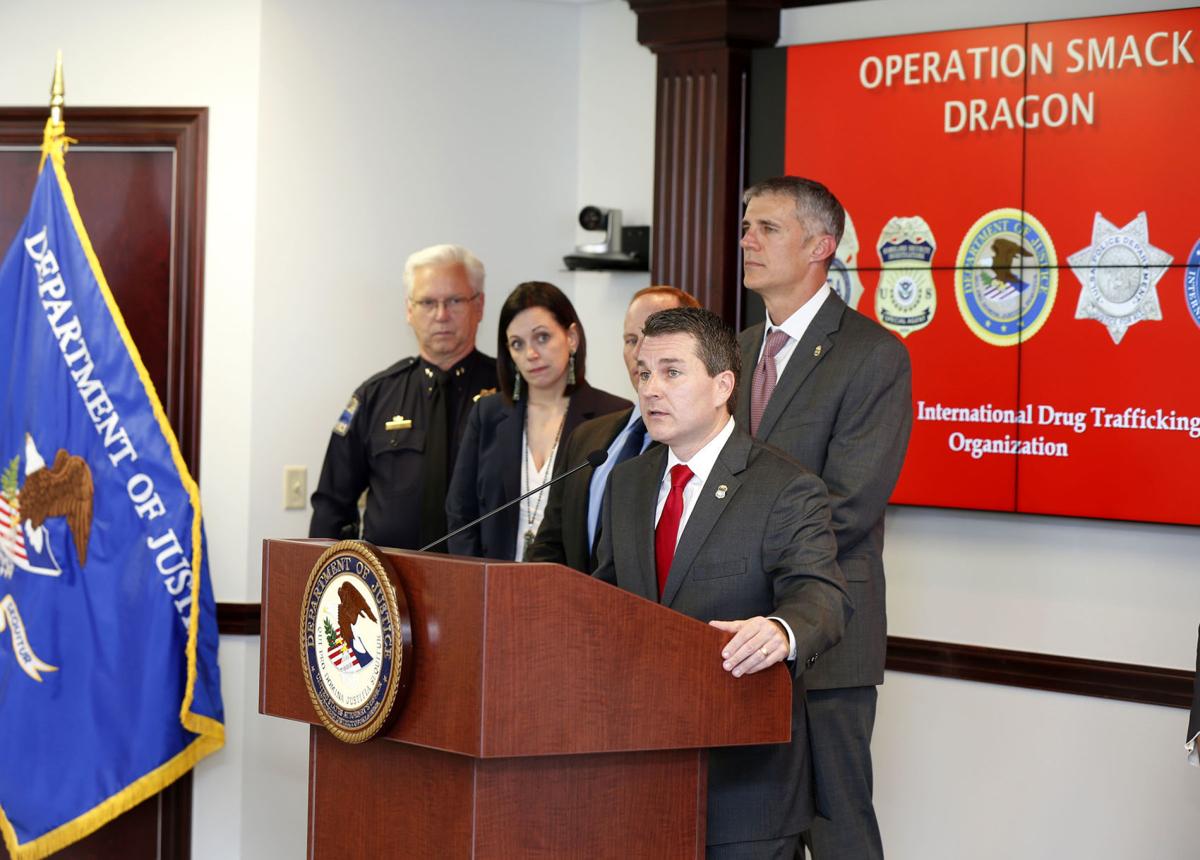 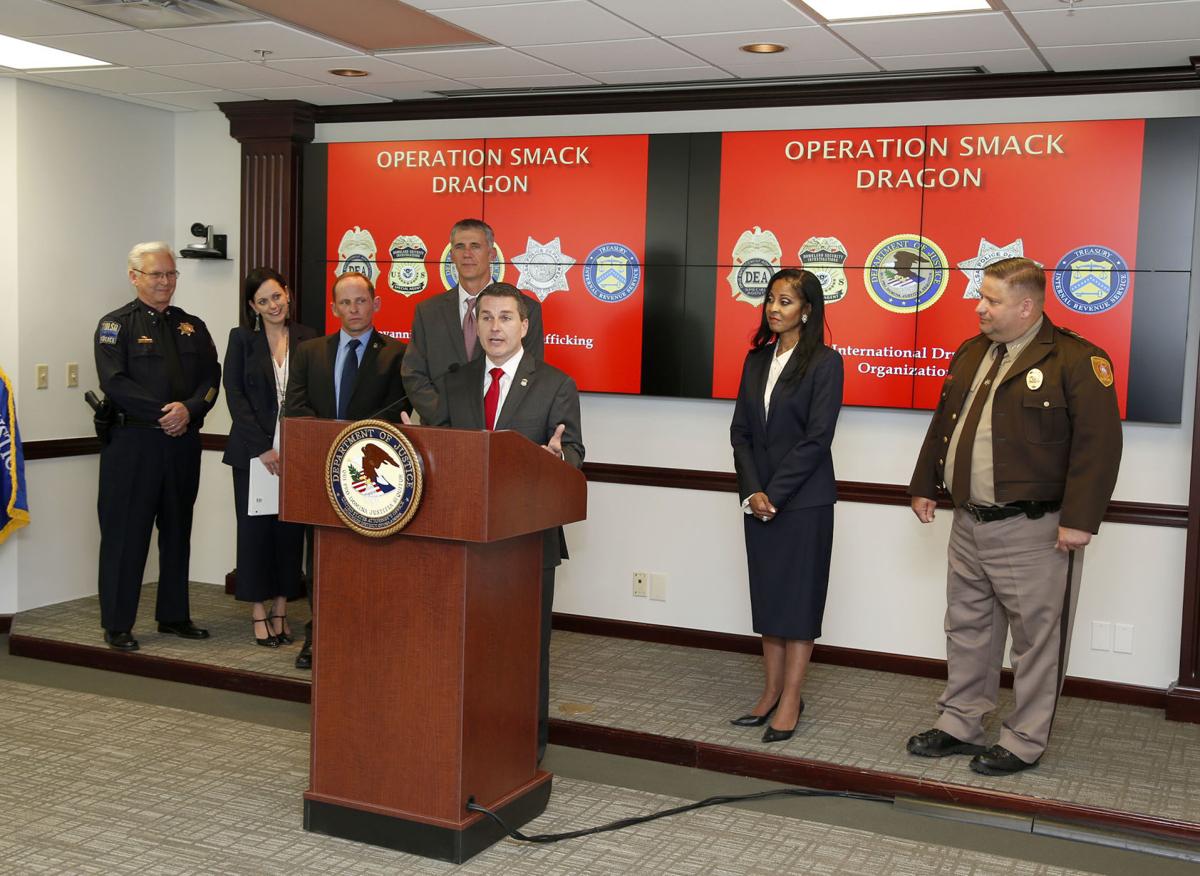 Operation Smack Dragon snagged 24 arrests Tuesday in a drug-trafficking ring tied to a Mexican cartel that authorities believe distributed about 2 kilograms of heroin a week in Tulsa.

U.S. Attorney Trent Shores made the announcement in a news conference at the Northern District of Oklahoma offices in Tulsa, unsealing a 73-count indictment against 29 individuals. Five defendants reportedly remain at large either in Mexico or elsewhere.

“We definitely created a void in the supply of heroin within Tulsa for the time being,” said Assistant U.S. Attorney Joel-Lyn McCormick. “We’re not resting on that. However, we think with the individuals who have been targeted through this operation that it’s certainly going to have an impact on the supply of heroin in our community.”

McCormick, the case’s lead prosecutor, said the multiagency operation began in 2017 after investigators obtained information from individuals considered to be members with direct contact to the organization — the New Generation Cartel in Mexico.

The defendants were reportedly in and around Tulsa’s city limits, as well as other nearby communities.

Shores said four of the defendants were unlawfully in the U.S. The first defendant identified in the indictment, Stille Giovanni Gutierrez Vivanco, 34, led the drug-trafficking operation, Shores said.

“He had lieutenants, so to speak, here in Tulsa who operated as ‘cell heads,’” Shores said. “This organization’s clear hierarchy allowed it to be run from Mexico but to be executed here on the streets and in the neighborhoods of Tulsa, Oklahoma.”

The “cell heads” originally are from Mexico but lived in Tulsa, Shores said. The criminal organization would smuggle heroin across the border to storage locations in Tulsa to be distributed not just here but throughout the U.S.

Officials declined to identify the five who remain at large, but noted the investigation is ongoing and more indictments are possible.

“We do anticipate that there will be other individuals that we’ve already identified as part of this initial indictment that will be charged in Tulsa County by District Attorney Steve Kunzweiler,” Shores said. “As we noted, there are a number of tiers to this organization. There are a number of individuals involved. To operate a continuing criminal enterprise of this extent involves a number of people.

“Twenty-nine defendants is no small indictment. That is one of the larger indictments that you will see, certainly here in the Northern District of Oklahoma.”