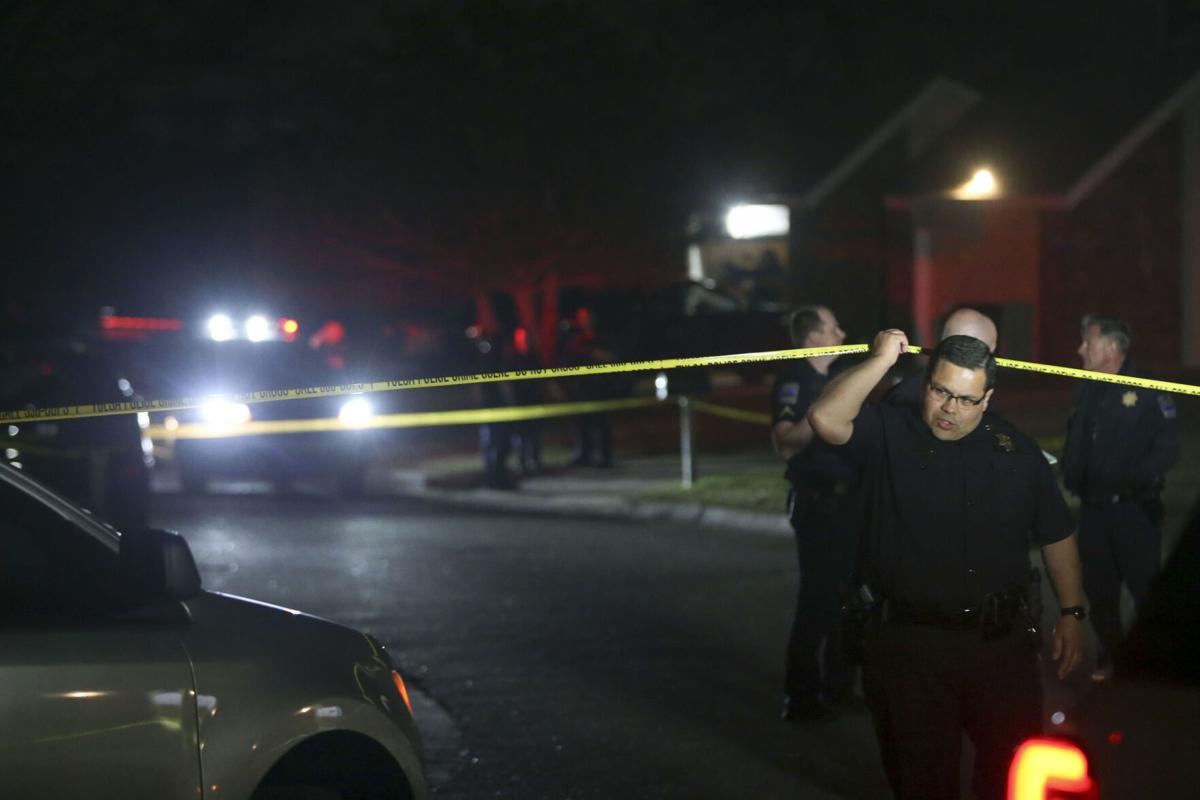 Tulsa Police Captain Mark Ohnesorge lifts up police tape while investigating the scene of a homicide in a neighborhood near E. 65th St. and S. Memorial Dr. on March 30, 2021 in Tulsa, OK. 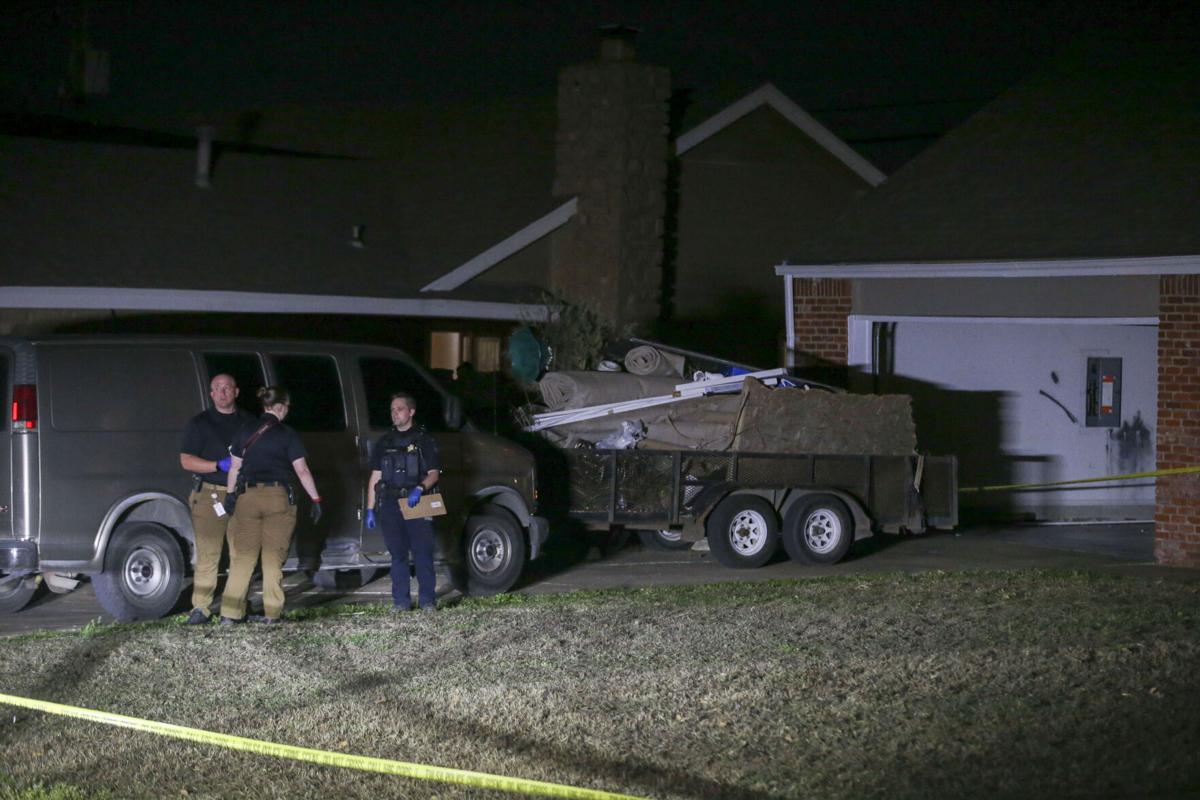 Police investigate a homicide at a duplex near 66th Street and Memorial Drive on Tuesday evening. 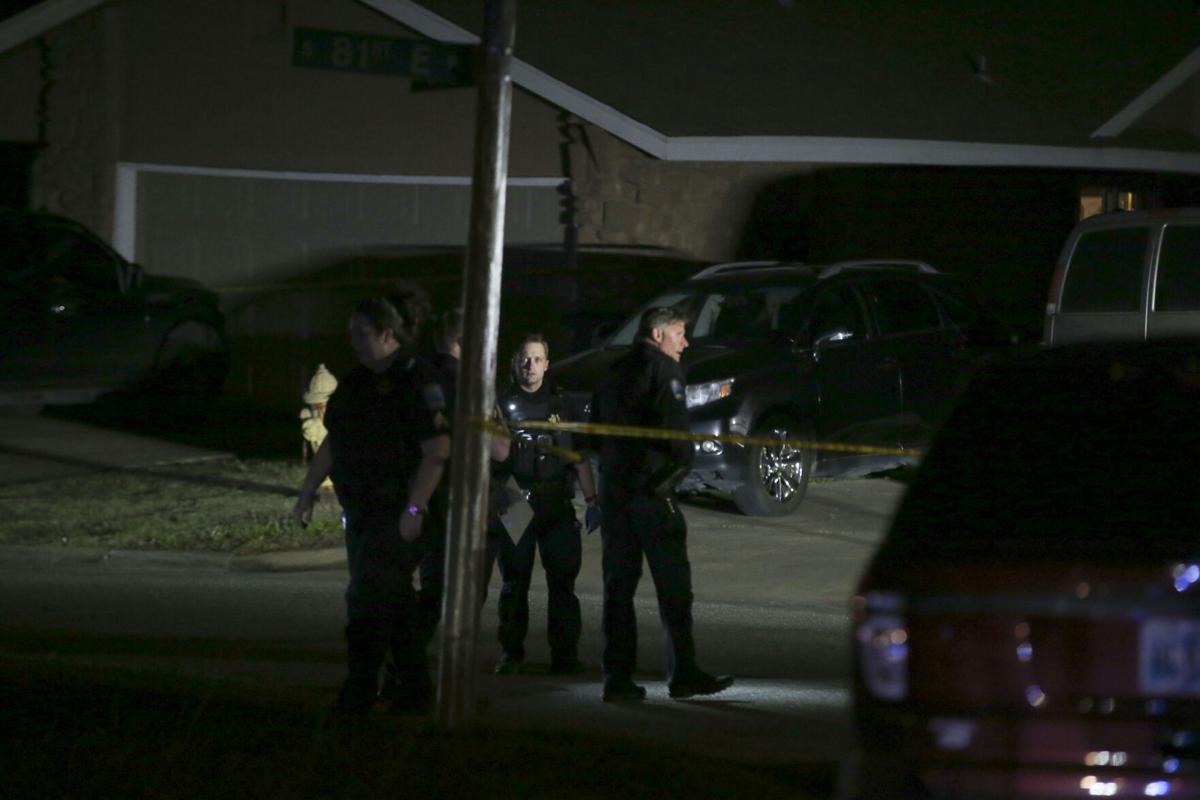 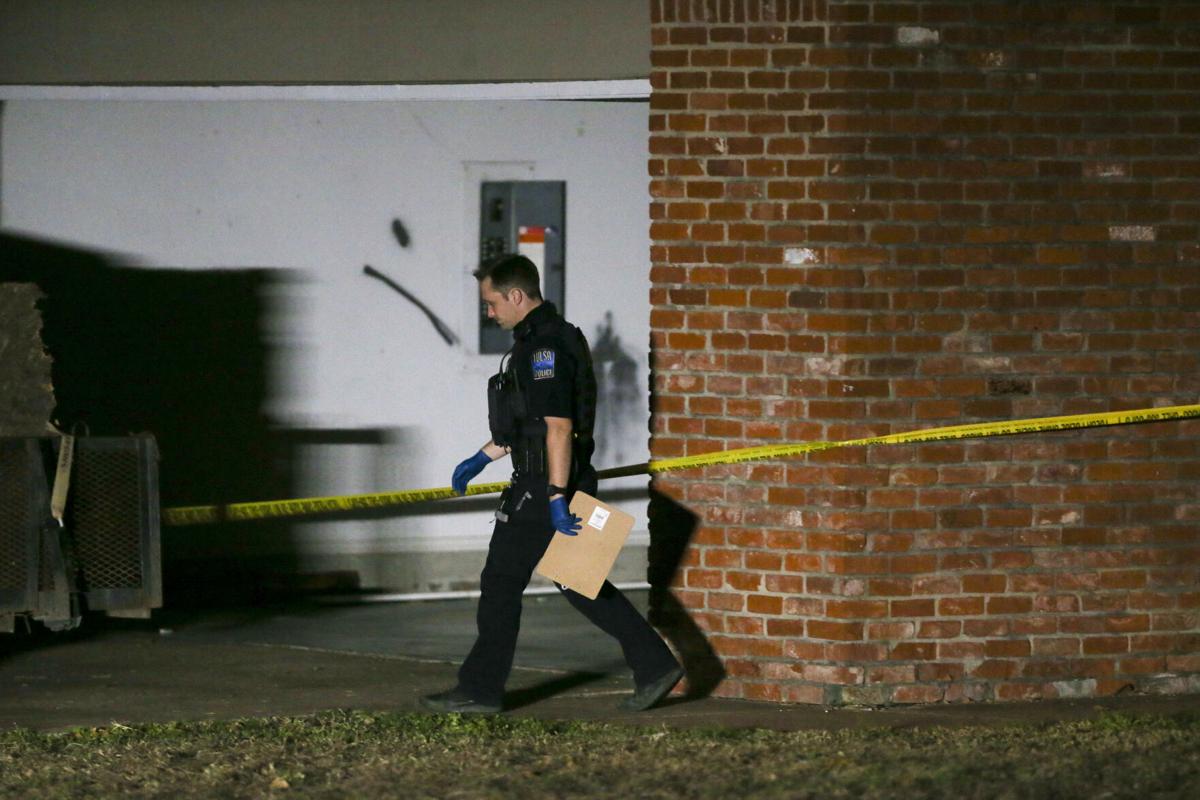 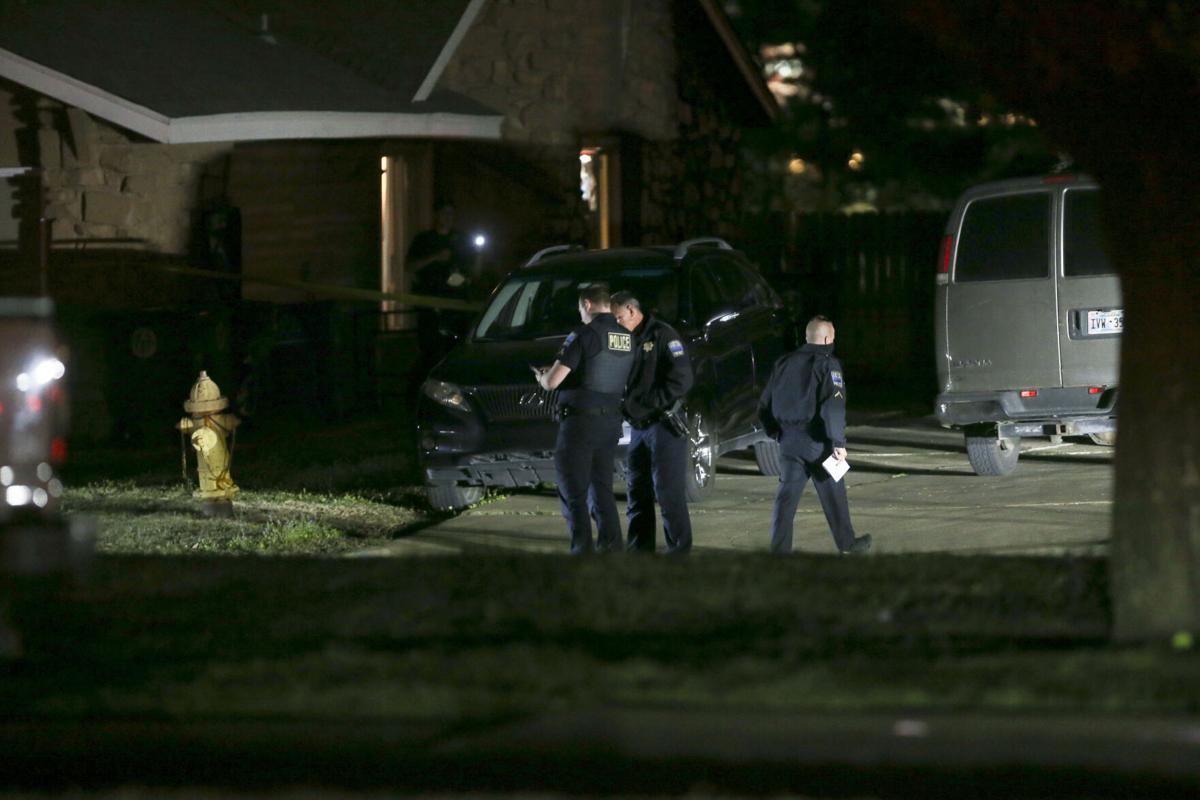 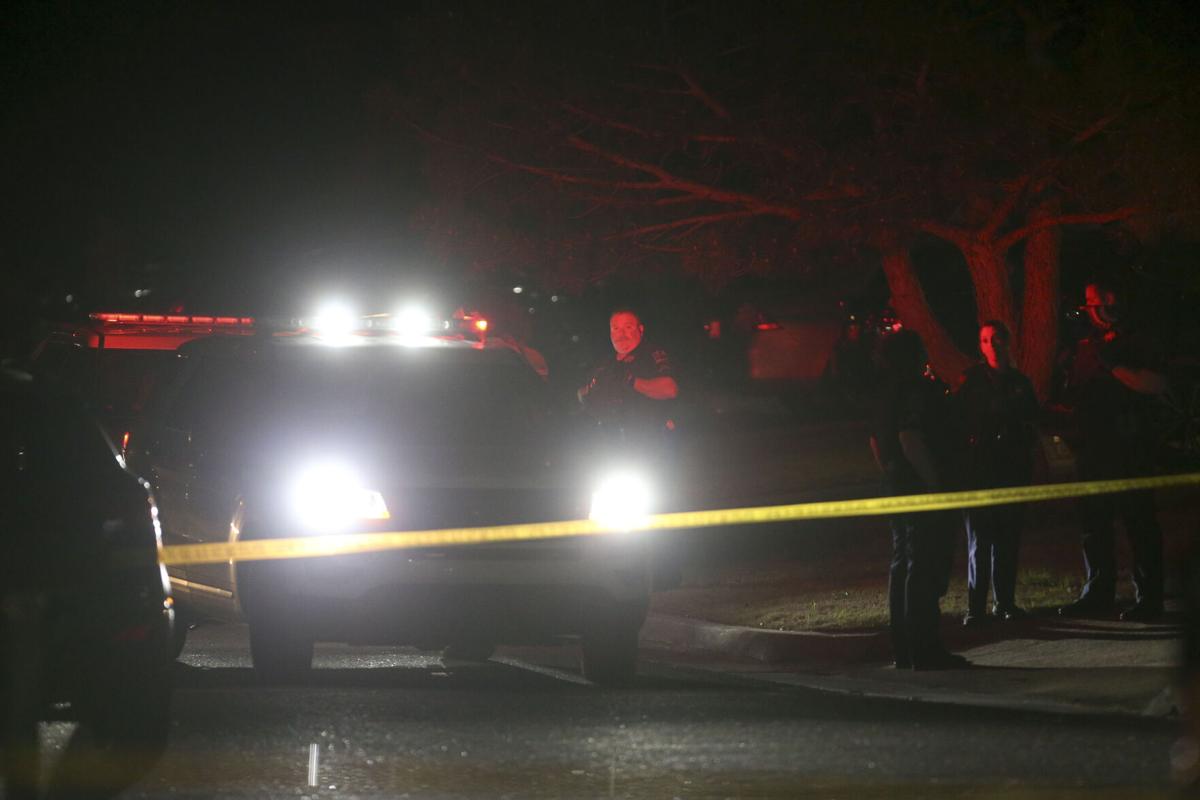 One man was killed and other is in critical condition after being shot at a south Tulsa duplex Tuesday evening.

Police don’t think the men shot each other, but they have received conflicting information about the shooter, who might be a man in his mid-20s, Capt. Mark Ohnesorge said.

The shootings occurred shortly before 8 p.m. in the 8100 block of East 65th Place, just northeast of 66th Street and Memorial Drive.

Police were still trying Tuesday night to determine what happened and were canvassing the neighborhood to see if they could find anyone who knew anything about the men or the shootings, Ohnesorge said.

The victims’ names were not released Tuesday night.

The victim reportedly was riding a bike near the entrance to the Waterstone apartments when at least two shots were fired.

Four juveniles in a reportedly stolen car traveling north on U.S. 75 were fired upon about 1:55 p.m. Monday, police said.

Tulsa Police Captain Mark Ohnesorge lifts up police tape while investigating the scene of a homicide in a neighborhood near E. 65th St. and S. Memorial Dr. on March 30, 2021 in Tulsa, OK.

Police investigate a homicide at a duplex near 66th Street and Memorial Drive on Tuesday evening.