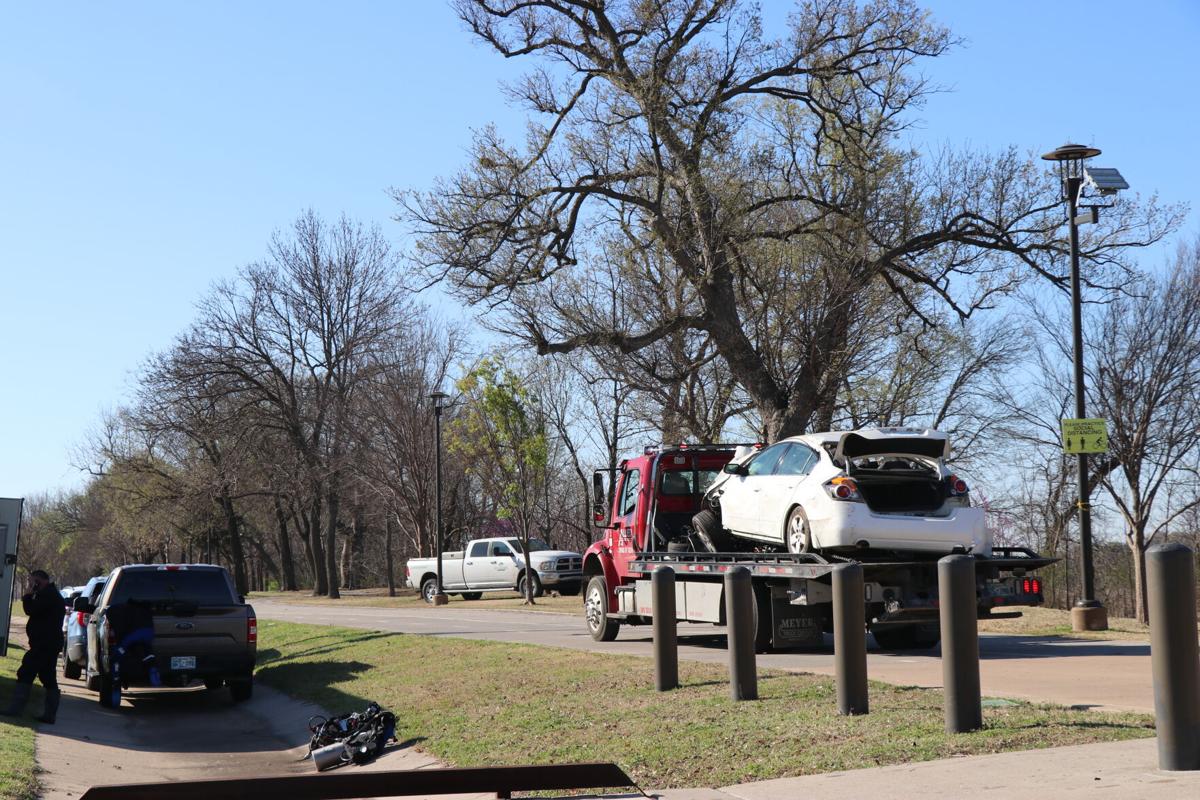 A Nissan Altima is hauled away by a wrecker at 61st Street and Riverside Drive after the car crashed into the Arkansas River early Monday during a police pursuit. 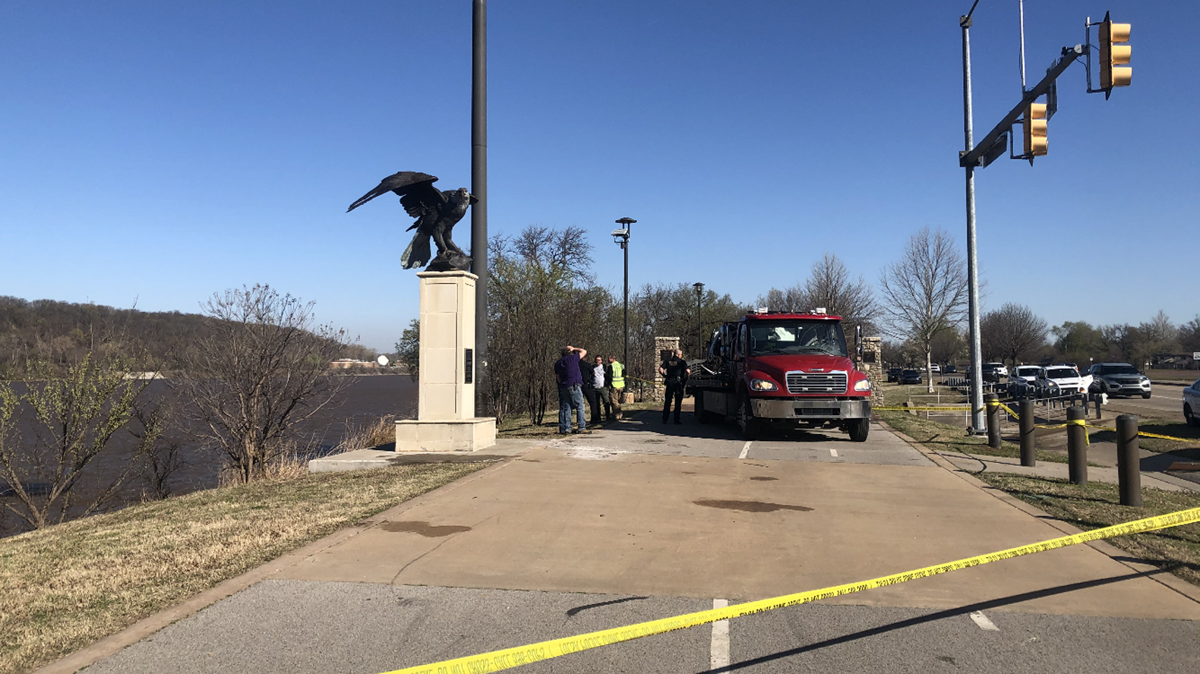 A wrecker sits on a River Parks trail at 61st Street on Monday to haul away a car that crashed into the Arkansas River during a police pursuit.

One man was in critical condition and another person was possibly unaccounted for following a police pursuit that ended in the Arkansas River early Monday.

Tulsa police officers attempted to stop a car that reportedly was driving recklessly near 61st Street and Peoria Avenue about 3 a.m., Officer Danny Bean said, but the car fled west, shooting straight through the T-intersection at 61st and Riverside Drive, hit a pole and flew into the river.

One man attempted to swim from the crashed Nissan Altima but eventually surrendered, and officers pulled another unresponsive man from the water, Bean said. He was taken to a hospital in critical condition.

The first man told investigators that a woman had been in the back seat during the pursuit, but the Police Department’s dive team was not able to find anyone inside the car.

Search and rescue crews from Tulsa Fire Department continued the search along the riverbanks downstream to the 71st Street bridge.

Officer Tommy Barbee said that based on the river’s flow and the timeframe of the crash and the search, the bridge was likely the farthest a body could have drifted, if one does exist.

Sonar searches are difficult to complete in the river due to its shallow depth and multiple obstructions, Barbee said, so the dive team is hoping to work with the U.S. Army Corps of Engineers to lower the water level by reducing flow from the Keystone Dam to allow a search from above in a police helicopter.

The victim reportedly was riding a bike near the entrance to the Waterstone apartments when at least two shots were fired.

Four juveniles in a reportedly stolen car traveling north on U.S. 75 were fired upon about 1:55 p.m. Monday, police said.

A Nissan Altima is hauled away by a wrecker at 61st Street and Riverside Drive after the car crashed into the Arkansas River early Monday during a police pursuit.

A wrecker sits on a River Parks trail at 61st Street on Monday to haul away a car that crashed into the Arkansas River during a police pursuit.