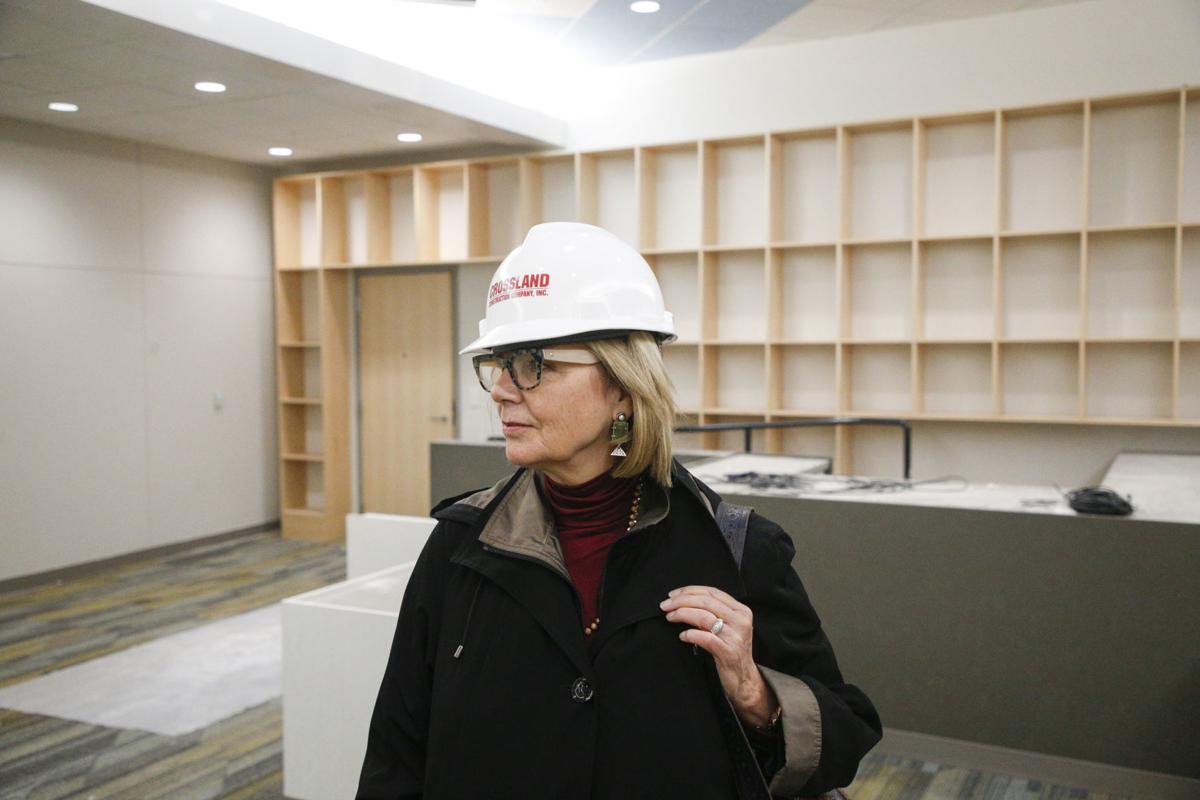 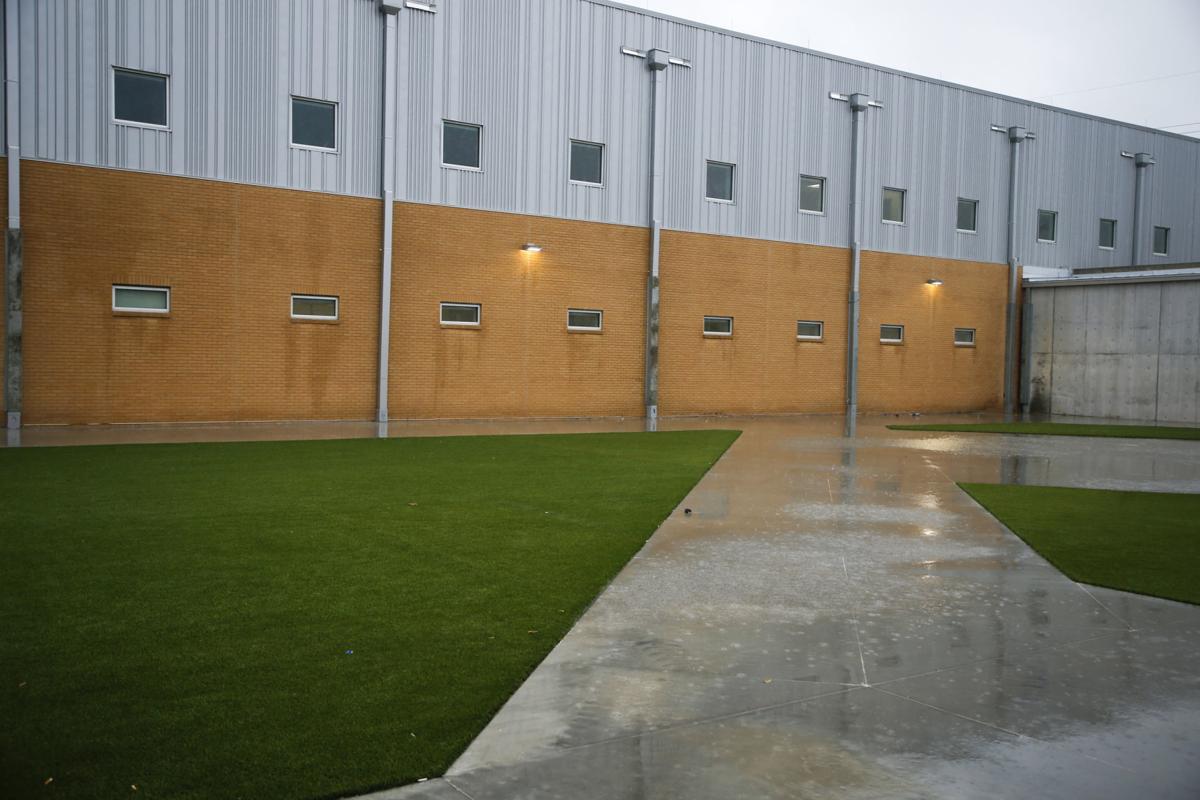 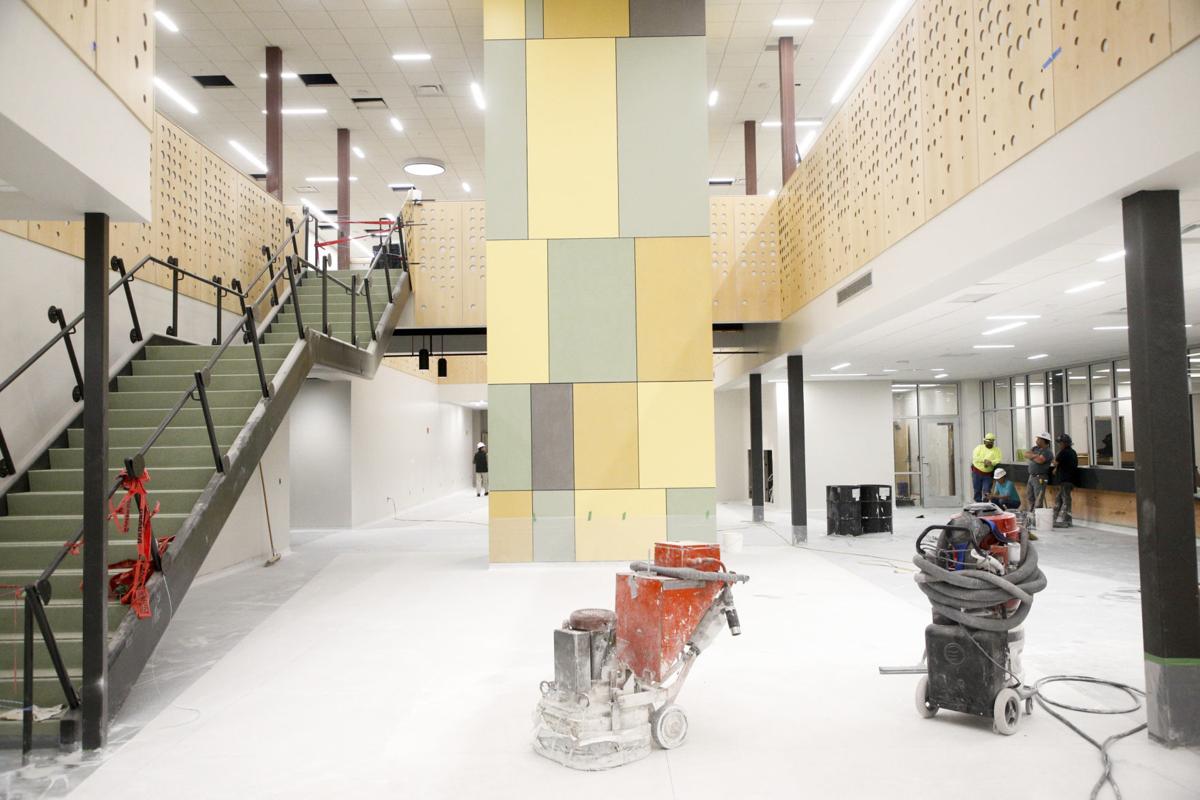 Vacuums sit in the lobby at the new Tulsa County Family Center for Juvenile Justice. The facility is scheduled to open in December. IAN MAULE/Tulsa World 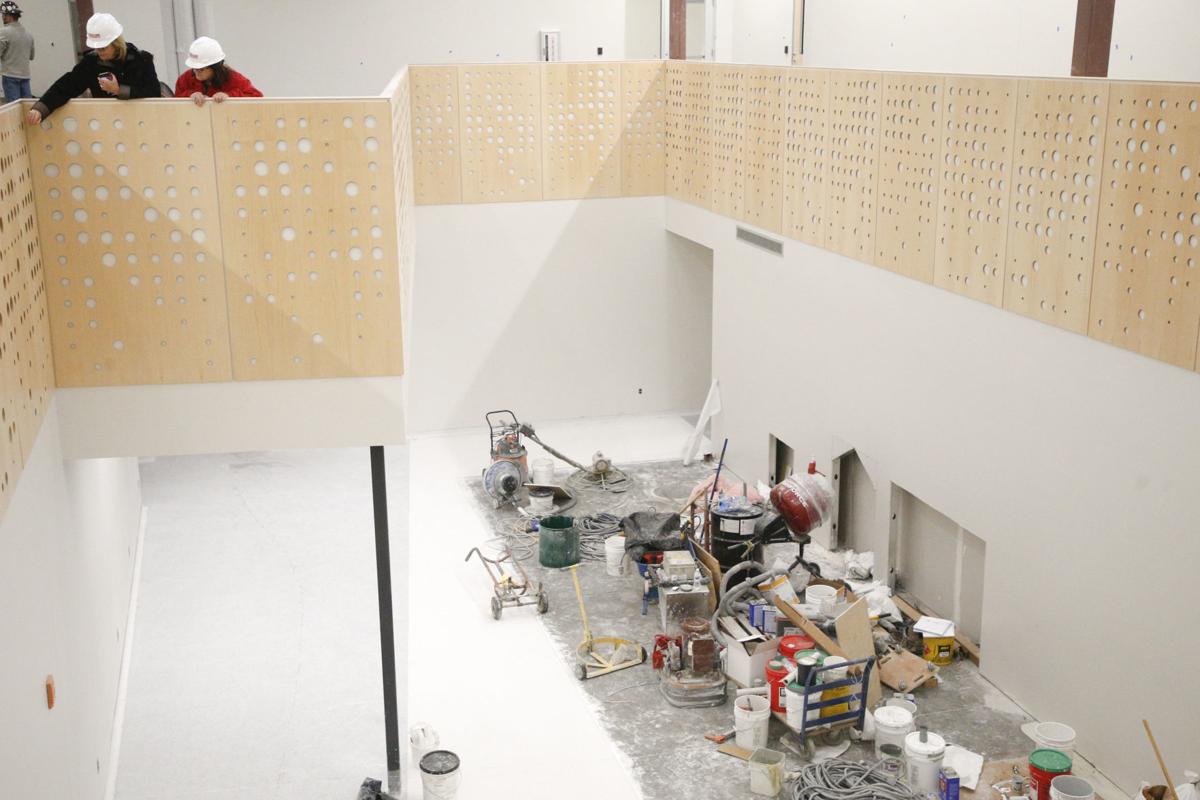 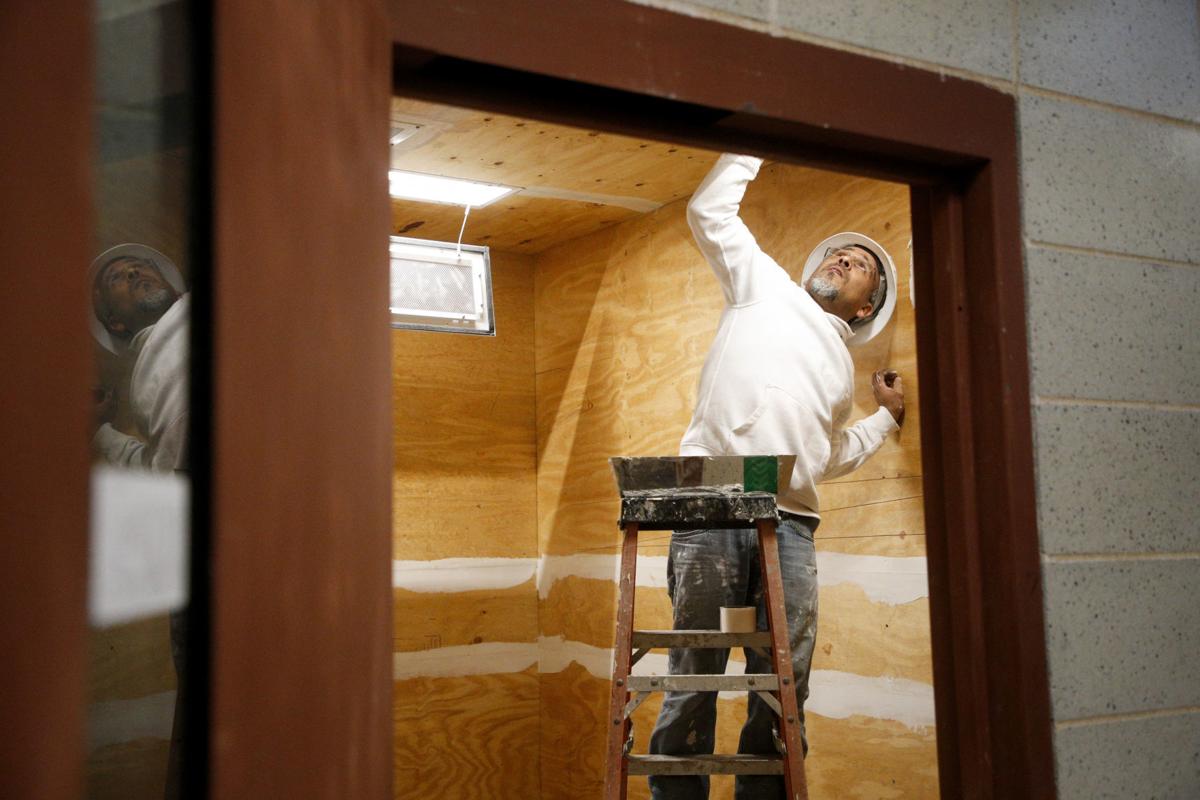 Eli Olmys, of Tulsa, works on the ceiling of a bedroom at the Tulsa County Family Center for Juvenile Justice. The center is scheduled to open in December. IAN MAULE/Tulsa World 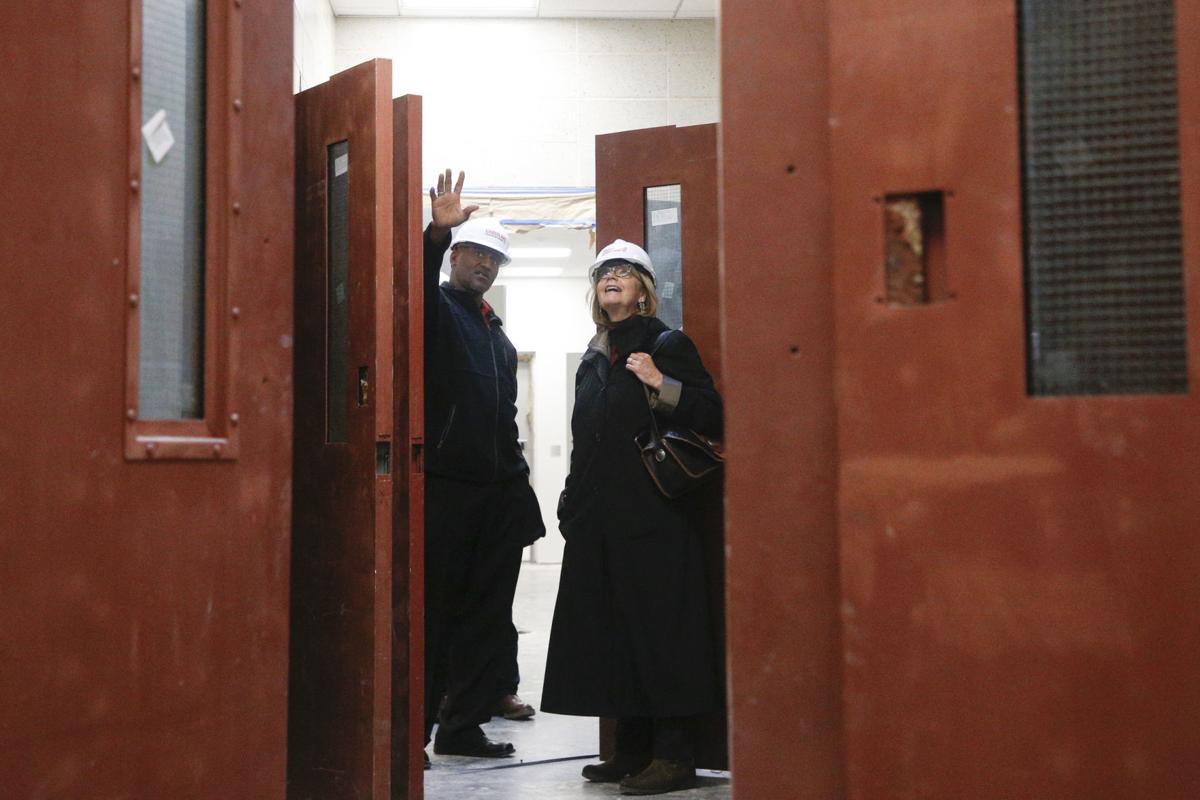 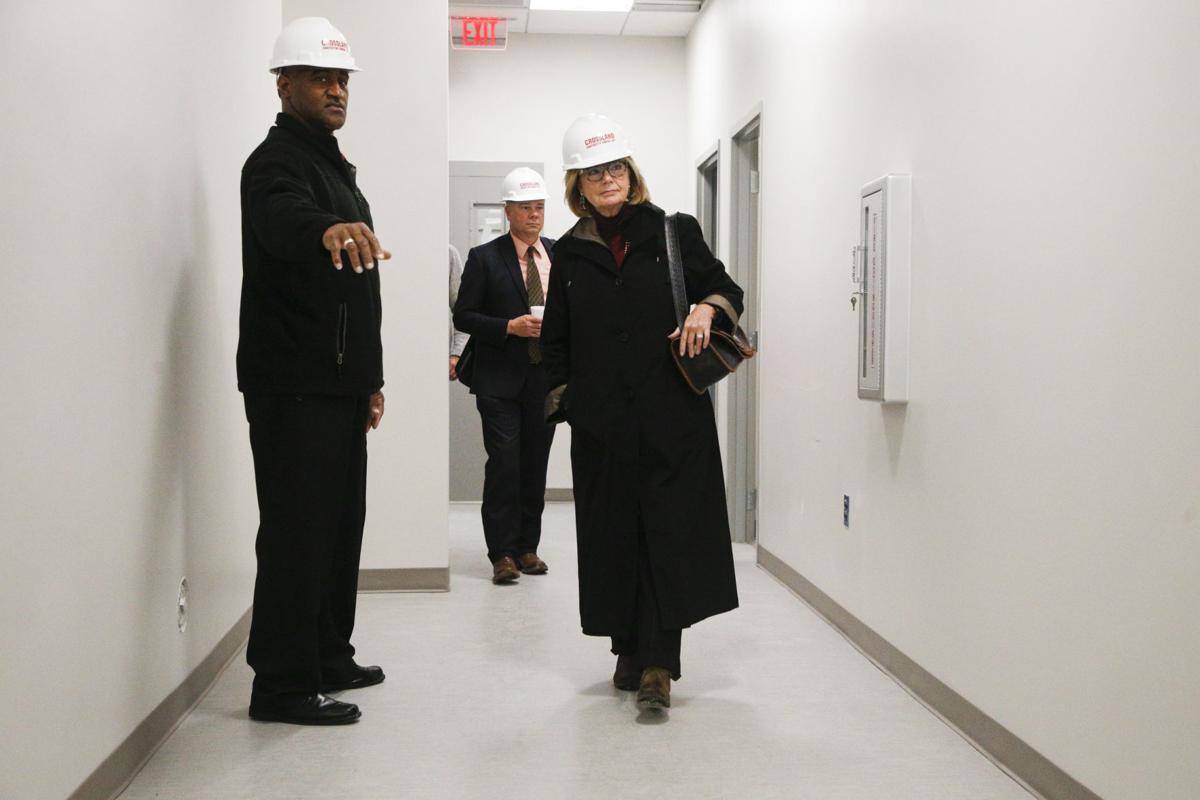 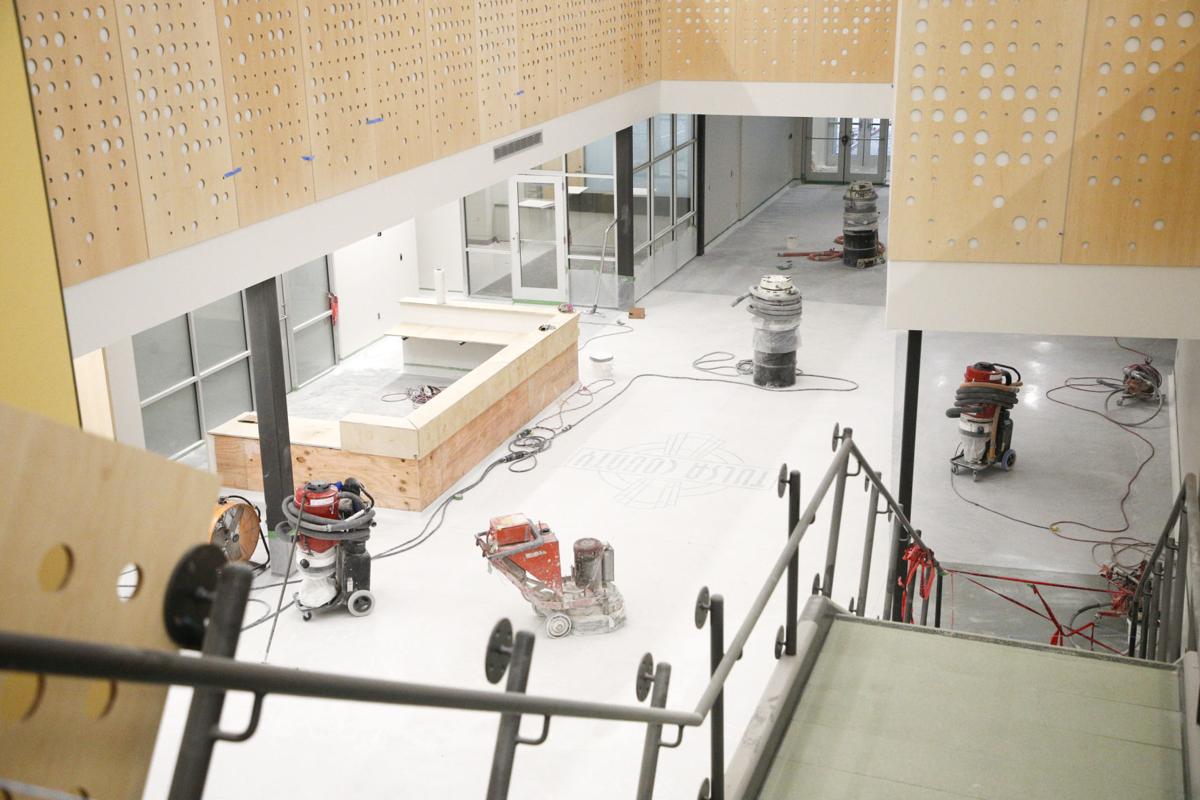 Vacuums sit in the lobby at the Tulsa County Family Center for Juvenile Justice on Thursday, Oct. 24, 2019. IAN MAULE/Tulsa World

Vacuums sit in the lobby at the new Tulsa County Family Center for Juvenile Justice. The facility is scheduled to open in December. IAN MAULE/Tulsa World

Eli Olmys, of Tulsa, works on the ceiling of a bedroom at the Tulsa County Family Center for Juvenile Justice. The center is scheduled to open in December. IAN MAULE/Tulsa World

Vacuums sit in the lobby at the Tulsa County Family Center for Juvenile Justice on Thursday, Oct. 24, 2019. IAN MAULE/Tulsa World

Karen Keith was running for Tulsa County commissioner 12 years ago when she took a tour of the county Juvenile Bureau on south Gilcrease Museum Road.

“I was aghast,” she said Thursday. “... I thought, ‘This is something I can get passionate about.’ ”

She won her race and, years later, her passion has paid off. The dilapidated Tulsa County Juvenile Bureau facility is about to be replaced by the Tulsa County Family Center for Juvenile Justice, 500 W. Archer St. And that has Keith, who recently toured the center, singing a decidedly more upbeat tune.

“This is unbelievable,” she said, as she stepped into one of the Family Center’s courtrooms.

“I am just amazed,” Keith said. “I just can’t believe how much space people are going to have.”

The 150,000-square-foot Family Center has three main components. The Juvenile Court, Juvenile Bureau and the multiple agencies that support them are in a two-story building on the west side of the property. The detention facility, with its gym, classrooms and other components, are on the east side. In between sits a courtyard and recreation area that includes a basketball hoop and sports courts.

It is more than twice the size of the Juvenile Bureau’s outdoor recreation area, which is surrounded by barbed wire.

Every turn of Thursday’s tour revealed another impressive discovery.

And should the power fail and the lights go off, juveniles will no longer be in the dark. Large hallway ceiling windows will let natural light flow into the Family Center’s detention units. And a massive generator with enough power for the entire structure will kick on.

“In the old facility, if the power goes out, it’s just totally dark,” said Anthony Taylor, training coordinator for the Juvenile Bureau. “First time that happened where you have 55 kids, it’s a little unsettling. So this is going to be great.”

The most striking difference between the 51-year-old Juvenile Bureau — it was renovated in 1995 — and the Family Center is the public entrance off Archer Street.

The Juvenile Bureau entrance is a tiny, cramped, dreary space that is in no way welcoming. Visitors to the Family Center will walk into a two-story foyer with glass-fronted offices for each agency. The courtrooms and jury deliberation rooms are upstairs.

Taylor loves the set up.

“Everybody is pretty excited about it,” Taylor said. “It has been a long time. We have seen several plans of the facility but it never happened. So it’s finally coming to fruition.”

The Juvenile Court is scheduled to begin hearing cases in its new facilities on Dec. 2. The detention center will open later in the month.

Most of the furniture in the Family Center for Juvenile Justice was made by inmates employed by Oklahoma Correctional Industries.

One of the key objectives of the $39 million project was to build a facility large enough to house all of the support agencies that interact daily with the Juvenile Court and Juvenile Bureau. That goal has been met. The Probation and Parole, and Community Intervention Center each has an office in the Family Center.

And the public won’t have to navigate crowded hallways packed with boxes to get to them.

“Right now it’s hard to get visitors to come in because we have that one secure entrance,” Taylor said of the Juvenile Bureau. “So now, with this, every department has a store front.”

The only related service that will not be in the Family Center is Phoenix Rising, the alternative school program, which has its own building.

Keith said she’s glad the people who work in the juvenile justice system will have the space and accommodations they need to do their jobs.

“They deserve this,” she said.

But, ultimately, it is a juvenile justice center serving young people and their families in times of crisis.

How will they benefit from the new facility?

“We have a building that is more respectful for them,” she said. “As kids, they are going to be able to react better. ... Just think how you can take the tension down immediately when you walk into this building.

“I can’t imagine the difference for people coming in this facility as opposed to the other one. It’s pretty exciting.”

Here are the highlights of the Family Center for Juvenile Justice.

Cost: $39 million. Estimated cost was $45 million. County officials plan to use the excess funding for maintenance and operations

End construction: Tulsa County Juvenile Court is expected to begin hearing cases in the new facility Dec. 2. The detention center will open later in the month.

Facility: It will be home to the Tulsa County District Juvenile Court and services that support the court. Those services include, but are not limited to, the Sheriff’s Office, the Public Defender’s Office, Drug Court, the Court Clerk’s Office and a probation office.