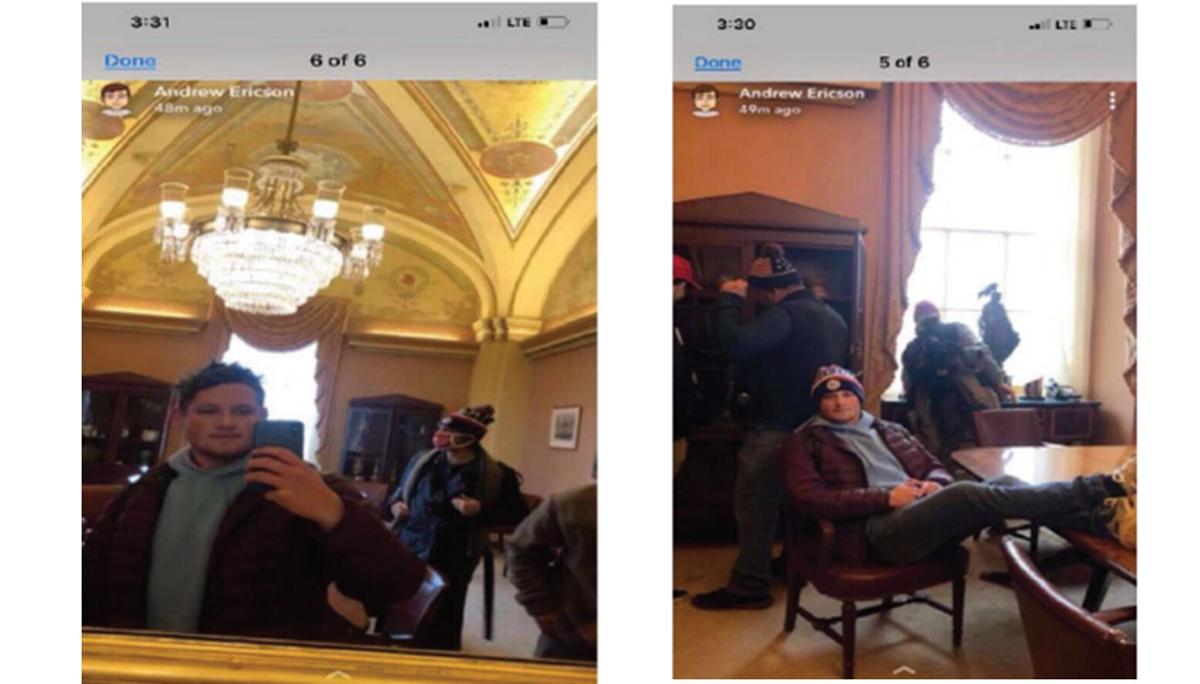 The Federal Bureau of Investigation released these images, purportedly of Muskogee resident Andrew Ericson, who pleaded guilty to his role in the breach of the U.S. Capitol in Washington on Jan. 6. 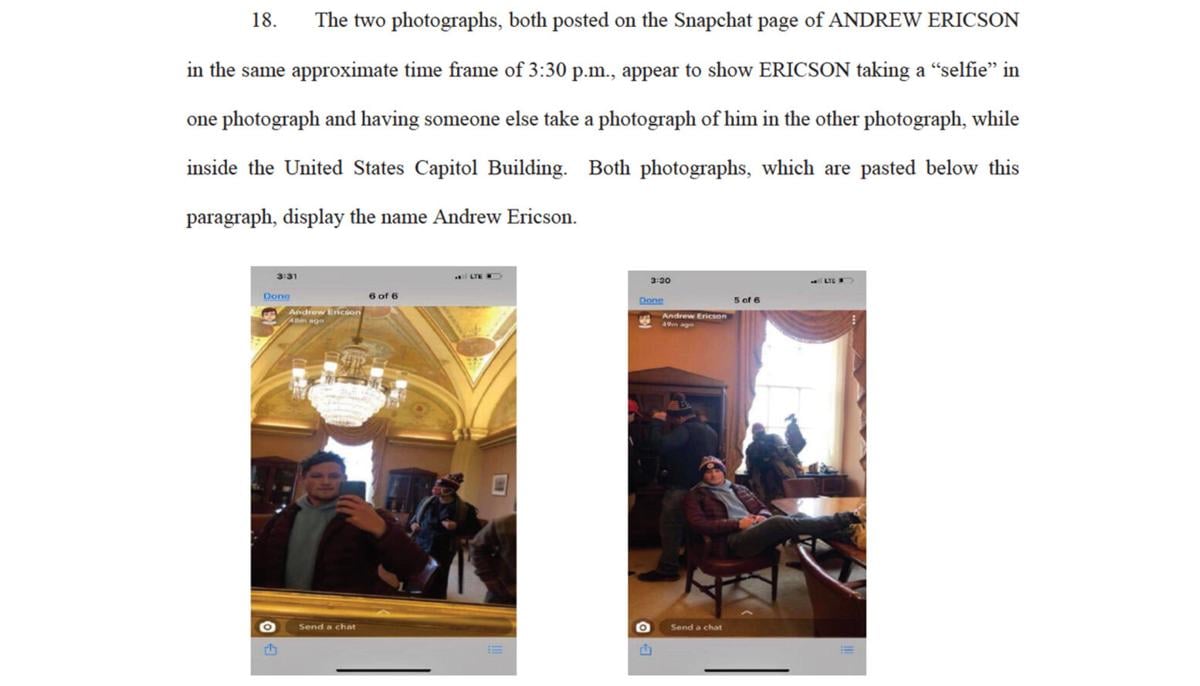 The Muskogee man who filmed himself in House Speaker Nancy Pelosi’s offices and removed a beer from a mini-fridge has pleaded guilty related to his participation in the Jan. 6 breach of the U.S. Capitol.

Andrew Craig Ericson, 24, appeared by video in federal court this week in Washington, D.C., and acknowledged live-streaming himself during the breach.

He faced four charges but agreed to enter a guilty plea to one misdemeanor count of parading, demonstrating or picketing in a Capitol building in violation of federal law. The charge carries a maximum of six months federal imprisonment and a maximum fine of $5,000.

Ericson’s other charges will be dismissed if the plea agreement is approved in court. He agreed to pay $500 in restitution, which will go to the Architect of the Capitol.

The terms of the agreement also indicate Ericson will consent to an in-person interview with federal law enforcement about the events “in and around” Jan. 6 before his sentencing, as well as agree to a review of his social media accounts for information related to the incident.

In the agreement, Ericson acknowledged breaching the U.S. Capitol building with other supporters of former President Donald Trump the day of a joint session of Congress. Lawmakers convened that day, along with former Vice President Mike Pence, to certify the Electoral College vote count for the 2020 Presidential election.

Ericson, according to the document, “entered the crypt, rotunda and U.S. House of Representatives Speaker’s Conference room,” where he took a photograph of himself and had someone photograph him while he had his feet on a table.

Some of the images appeared on his Snapchat account, and a citizen provided the information to then-Tulsa U.S. Attorney Trent Shores, who informed the FBI. Court documents didn’t explain how Shores knew of Ericson.

Ericson’s sentencing, for which he will appear in person, is scheduled for Dec. 10 in Washington, D.C.

Jequan Penny, 26, is held without bond in the Tulsa County jail on a first-degree murder complaint.

Arrest made after Tulsa police officer shot during struggle over gun

A Tulsa police officer who was investigating the finding of a firearm in the restroom at a convenience store at 61st and Peoria was shot by a suspect with another gun, police said.

Devin and Montre Wilson sat shackled a seat apart from each other where the jury for their scheduled trial was supposed to sit Monday morning.

The Federal Bureau of Investigation released these images, purportedly of Muskogee resident Andrew Ericson, who pleaded guilty to his role in the breach of the U.S. Capitol in Washington on Jan. 6.