The city is working to establish an external liaison office where residents could go to voice their concerns and file complaints about police conduct, Mayor G.T. Bynum said.

“I have found broad support for establishing that, but there is just a lot of detail work that has to be worked out around what size office that is. Even where it is located is important,” Bynum said.

He stressed that the liaison program is not intended to serve the same role as the police oversight programs that have been proposed the past several years, nor would it satisfy those who have called for the creation of a citizens review board with authority to discipline officers.

“There is not a consensus on the council and definitely not with me to do that,” he said of the review boards. “And so, for many of us, we think it will help, but it will not end the calls for a citizens review board.”

The impetus behind establishing the office is to provide a place where the public feels comfortable going and talking with someone not affiliated with the Police Department about their interactions with police, Bynum said.

“They are not in uniform; they are not at police headquarters — an off-site, non-city building they can go to and meet with someone and file a report,” he said.

Bynum said he has created a working group with the City Council and the Police Department to examine what the program would look like.

“My full expectation would be that we would go ahead and implement that this year,” he said.

Police Chief Wendell Franklin said he has been part of the discussions and is open to the idea.

“I am receptive to the idea and believe any avenue to streamline a process or create a tangible solution to communicate more effectively across a wide array of the population is great,” Franklin said. “I further believe people should be provided appropriate feedback regarding their complaints, compliments, and inquires. Perhaps this will be the way.

“I am working with city officials to develop scope, processes, and direction.”

City Councilor Mykey Arthrell said he looks forward to discussing the details of how such a program would work.

“And (I) know that it is a big step for Tulsans to establish more trust and goodwill with the Police Department,” Arthrell said. “I think ultimately that’s the goal.”

Councilor Connie Dodson said the liaison’s office potentially could provide a space for residents to view police body cam footage when there are questions about how incidents were handled.

“Without speaking for them, it appears that this would have the support of both Mayor Bynum and the Police Department,” Dodson said.

“In my opinion, the internal investigations department does a great job investigating wrongdoing in the ranks and referring those cases for prosecution. That would continue under this plan.”

In early 2019, Bynum proposed that the city establish an Office of the Independent Monitor for the Police Department. His hope was that the office could help increase transparency, provide accountability and develop trust between officers and the community they protect.

He noted at the time that typically the public never learns of use-of-force allegations against officers unless the District Attorney’s Office files criminal charges or someone files a lawsuit against the city.

“Internal Affairs investigations are conducted confidentially, and citizens don’t have a means of verifying results,” Bynum said at the time. “I think we owe it to the citizens and to the officers to do better.”

Bynum’s OIM proposal went through several iterations before he ultimately pulled it because city councilors could not agree on the scope of powers the office should be granted.

Bynum said Franklin has since implemented several of the initiatives the OIM was intended to provide, including a Community Engagement Unit and independent reviews — through the District Attorney’s Office — of all officer-involved shootings.

“He is doing a ton on this,” Bynum said.

Featured video: Citizens comment in March on an Office of the Independent Monitor

"A domestic argument turned violent," and a man shot a woman before turning the gun on himself in a parking lot, police said.

A Navajo woman is walking from Arizona to Washington, D.C., to bring a spotlight to the missing and murdered indigenous people crisis that has taken one of her own relatives.

18-year-old charged in Center of the Universe homicide

Dusty Stevens is charged with felony use of a vehicle in the discharge of a weapon in connection with the shooting that killed Serenity McAdoo, also 18.

Investigators found pictures of apartment doors on Bills' phone and notes describing potential prey, especially women who appeared single and didn't have a habit of locking their doors.

Jurors had recommended the maximum sentence for Levi Cobbler, whom the victim had allowed to stay at his home.

Dewayne Dudley, while working as a private prisoner transport officer for Blue Raven Services, sexually assaulted a detainee and later lied about it to the FBI, the U.S. Justice Department alleges in a media release.

Driver who eluded Sand Springs officers, OHP for over seven hours identified, will be charged

Brandon Beaty, 31, and two women were apprehended Monday evening after a day-long search that began after a larceny from a Sand Springs Tractor Supply store, police said.

Anyone with information regarding the early Sunday shooting is asked to contact Crime Stoppers at 918-596-COPS (2677) or bit.ly/TCStips or through the Tulsa Tips app.

The annual March of the Penguins returns to San Francisco Zoo

The annual March of the Penguins returns to San Francisco Zoo 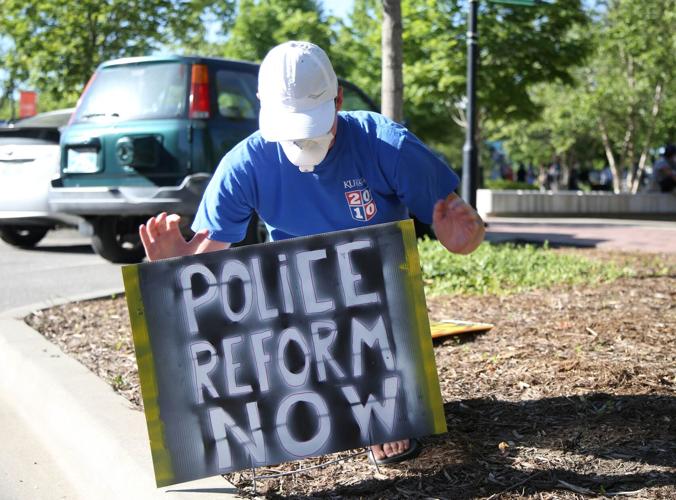 A sign is placed alongside a curb before a protest against police brutality at the Guthrie Green in Tulsa in 2020. 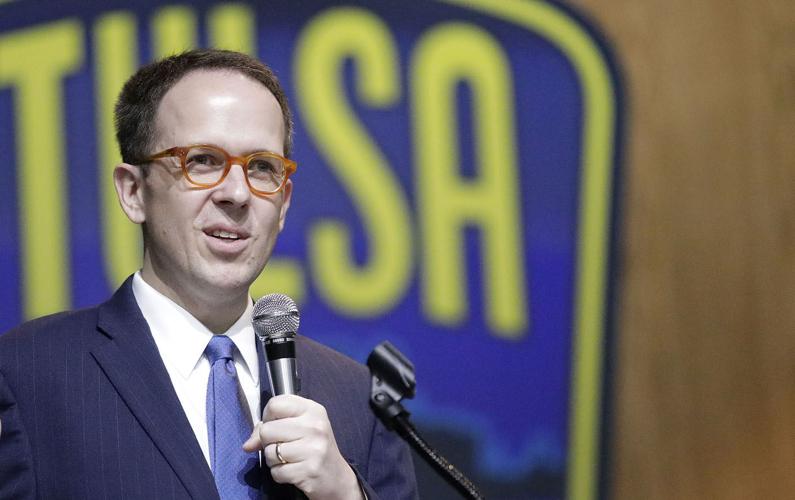