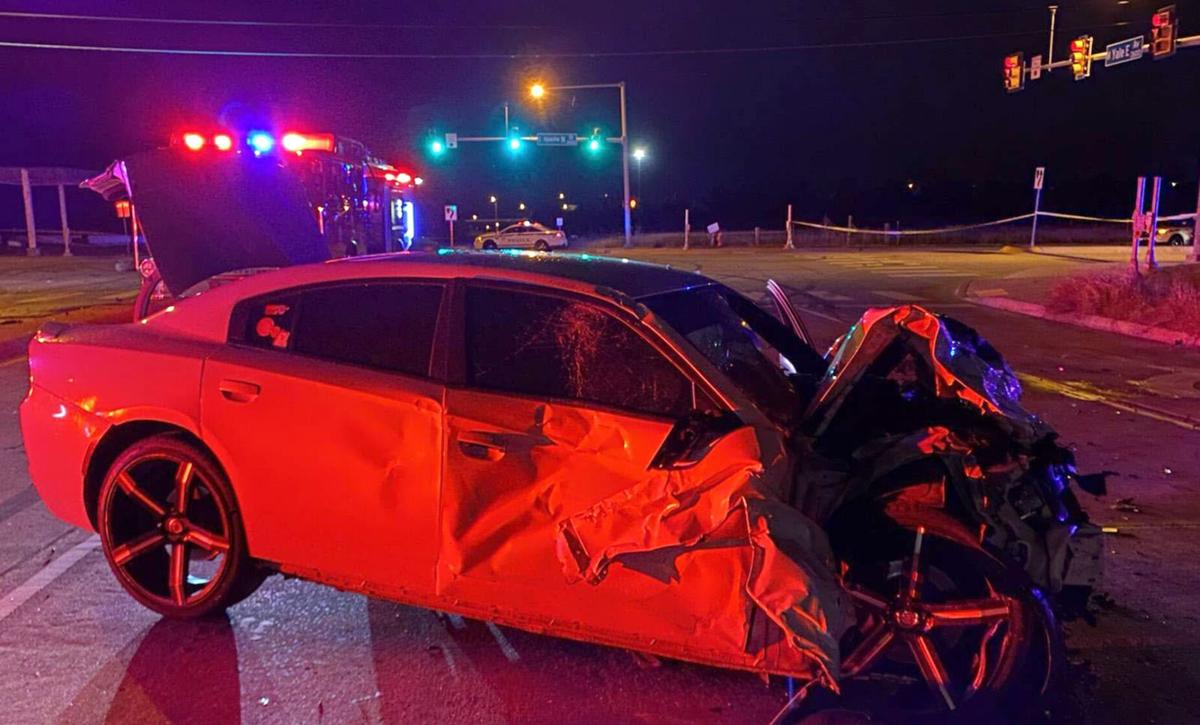 This Dodge Charger reportedly was drag racing when it ran a red light and crashed into another vehicle at Apache Street and Yale Avenue around 2 a.m. May 15. Miguel Romero, alleged to be the driver of the Charger, has been charged with second-degree murder in connection with the death of another motorist. 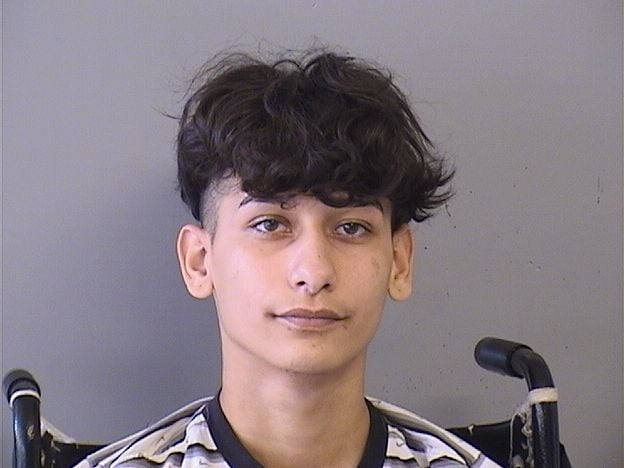 A Claremore man has been arrested on a second-degree murder charge in connection with a fiery fatal crash that occurred last month.

The Tulsa County District Attorney’s Office is pursuing a case against 18-year-old Miguel Romero on charges of second-degree murder — with an alternative of first-degree manslaughter — as well as driving with a suspended license and being in possession of alcohol illegally, according to a Tulsa Police Department news release issued Friday.

Police arrested Romero on the warrant on Thursday, the release says. According to a probable cause affidavit, he had a 0.12 blood alcohol concentration, and a review of data from his vehicle showed he was traveling at at least 106 mph shortly before the collision.

Police said at the time that a speeding 2016 Dodge Charger ran a red light at Apache Street and Yale Avenue as another motorist was attempting to make a left turn around 2 a.m. May 15. The two vehicles collided, and authorities said Audreaunna Williams, the driver of a Jeep Cherokee, died at the scene.

The Charger was believed to be drag racing with another vehicle when it ran the red light, the Tulsa Police Department said in a Facebook post.

“The Dodge Charger struck the Jeep Cherokee in the intersection and burst into flames,” the news release states. “Both occupants of the Jeep were ejected resulting in the death of the driver and serious injuries to the passenger.”

The driver of the Dodge, whom court documents later identified as Romero, had “non-life threatening injuries” from the crash, police said.

Officers reported seeing an unopened bottle of beer at the scene. Romero’s driver’s license was suspended at the time and he was on a payment plan for court costs on two traffic tickets, records show.

Williams’ death was one of four following three crashes that took place that weekend in the Tulsa area.

Five other people died in three more collisions around Tulsa this past week.

Earlier in the week two individuals were killed after being ejected in a violent crash in the 7500 block of South 209th East Avenue on Tuesday night. Broken Arrow police on Friday declined to identify the victims in that crash, but an online fundraising campaign has been set up purportedly in support of the victims’ family.

On Tuesday morning, two people were killed while reportedly speeding on Yale Avenue near 81st Street. Tulsa police said it appeared the driver struck a curb, which sent the vehicle airborne and onto a concrete pillar marking the entrance to an apartment complex. Officers found the vehicle engulfed in flames with two people deceased inside.

This Dodge Charger reportedly was drag racing when it ran a red light and crashed into another vehicle at Apache Street and Yale Avenue around 2 a.m. May 15. Miguel Romero, alleged to be the driver of the Charger, has been charged with second-degree murder in connection with the death of another motorist.