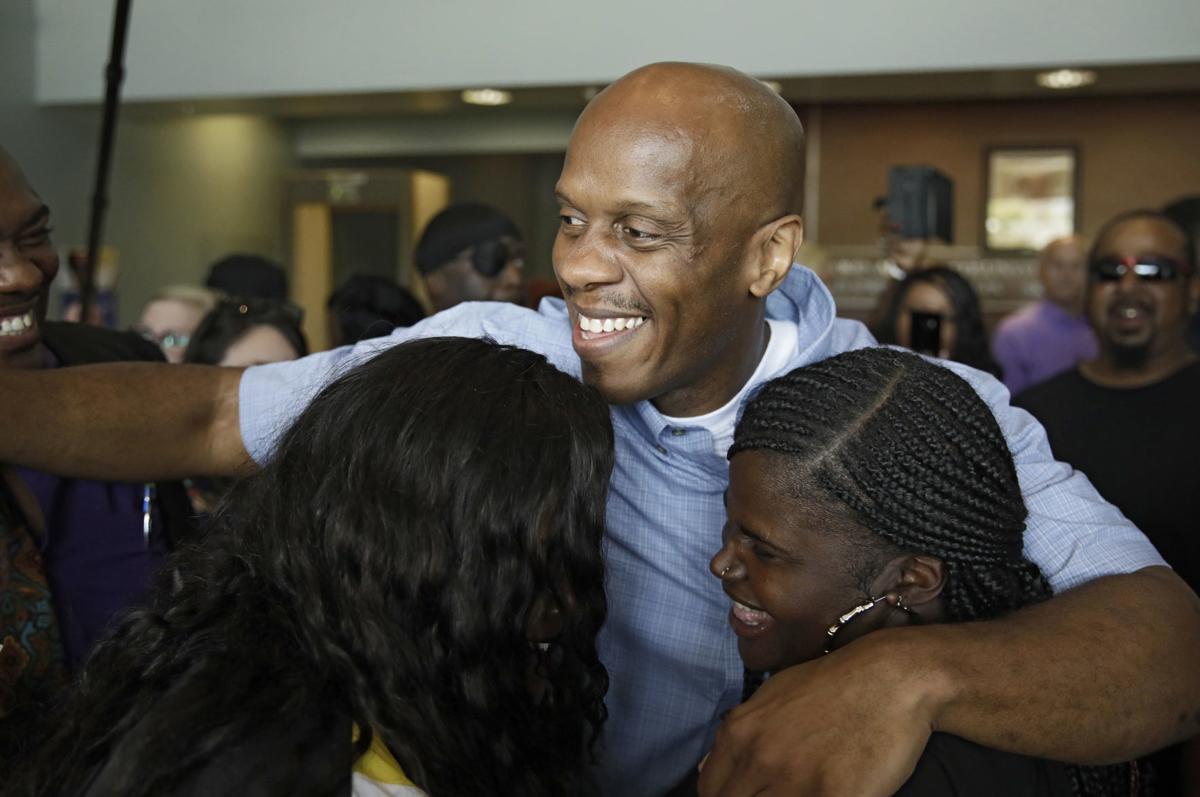 Corey Atchison is greeted by his sisters, including Laura Scott (right), as he is freed from the Tulsa County jail after District Judge Sharon Holmes declared him innocent in a 1991 murder case in 2019. Atchison had served 28 years in prison. 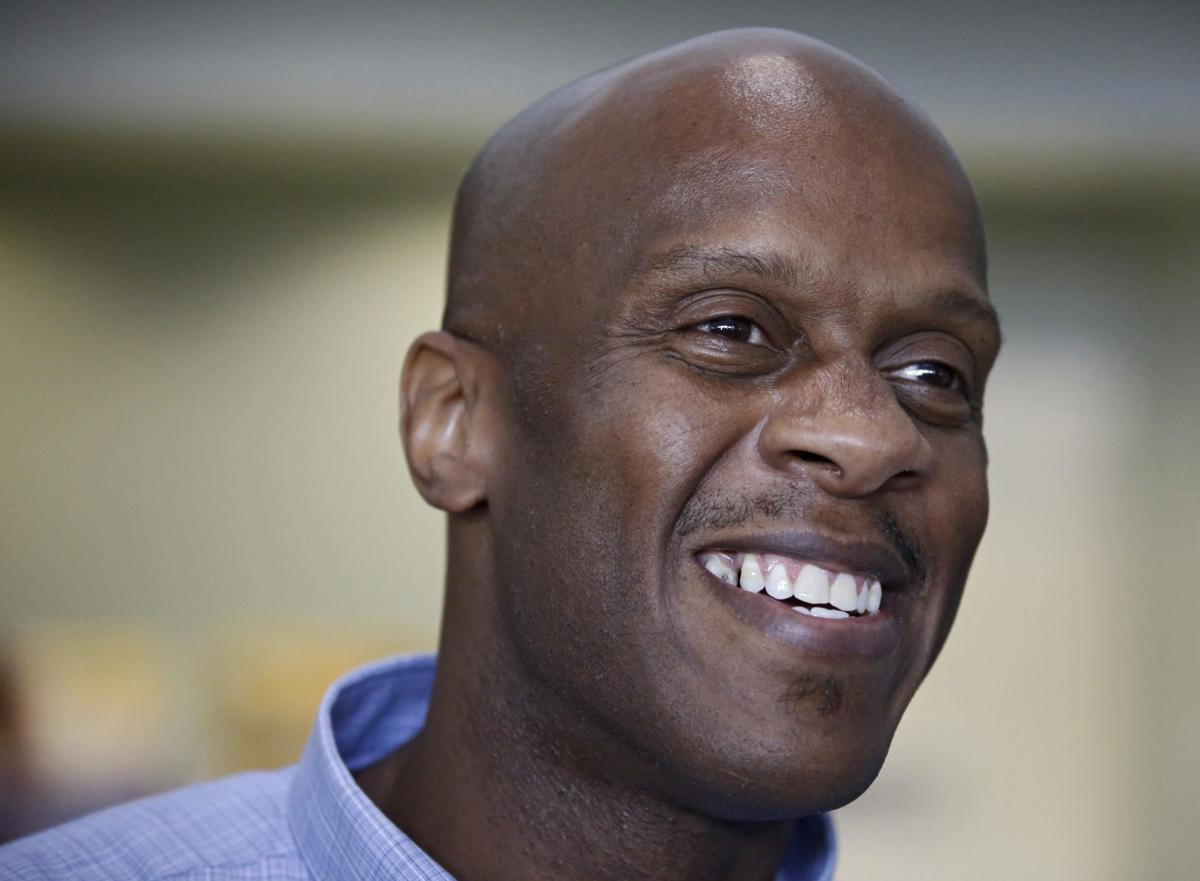 Corey Atchison, 50, sued the city of Tulsa July 14 in Tulsa federal court, seeking an unspecified amount of damages after spending 28 years in prison for a murder he did not commit.

Atchison was released from prison in July 2019 after Tulsa County District Judge Sharon Holmes declared him “actually innocent” in the 1990 murder of James Lane, vacating his first-degree murder conviction and sentence while calling Atchison’s 28 years spent behind bars a “fundamental miscarriage of justice.”

Atchison had been sentenced to life in prison with the possibility of parole at a 1991 jury trial.

Then-District Attorney Tim Harris has denied wrongdoing in his prosecution of Atchison.

Atchison, meanwhile, has maintained that he had nothing to do with the shooting. Several witnesses have since said their statements attributing the shooting to Atchison were coerced by police.

In September, Atchison sued the state of Oklahoma, claiming that he had been wrongfully convicted.

Atchison added the city of Tulsa to his state lawsuit in February before dropping the city from that case four months later.

In his initial petition, Atchison said the state denied his claim for compensation even though state law grants those incarcerated on wrongful convictions the opportunity to receive up to $175,000 in compensation without having to file a lawsuit.

Records from the Oklahoma Office of Management and Enterprise Services and State Attorney General’s Office indicate that the state paid Atchison through his attorney $175,000 in late June as part of a settlement agreement.

In addition to the city of Tulsa, the federal lawsuit names eight Tulsa police officers by name and other unnamed ones.

The lawsuit claims the city is responsible for “a large number of wrongful arrests, prosecutions, and/or convictions stemming from misconduct similar to what occurred” in Atchison’s case.

The city did not respond to a request for comment; it typically does not comment on pending litigation.

Corey Atchison is another Tulsan freed from prison. Meet others, including his brother

Private Investigator Eric Cullen discusses his job and his part in helping in the release of Malcolm Scott and De'Marchoe Carpenter who were wrongly convicted to life prison sentences.

Read the story: Through the years, Eric Cullen has done pro bono work on behalf of incarcerated people who he believed were innocent or had unfair sentences.

A Tulsa man was sentenced Wednesday to serve 200 months — more than 16 years — in federal prison after he pleaded guilty earlier to fatally shooting a man in 2019.

Originally charged with first-degree murder, Jered Lee was convicted of manslaughter on Monday in the death of his friend of 20 years.

Robert Wayne Hutson, 62, is charged with first-degree manslaughter and driving under the influence on allegations that he caused a collision while driving on the wrong side of U.S. 75, killing Harrison Brace Jr., 83, of Okmulgee.

The man's death doesn't necessarily close the case as detectives continue to work through evidence.

Woman shot while driving on I-244, Tulsa police say

A woman who heard a pop while driving on Interstate 244 pulled over east of Harvard and realized she had been shot, according to police.

Update: Man arrested in connection to shooting after standoff with police in north Tulsa

Around 8:20 p.m., the neighbor was found by Tulsa County deputies at a north Tulsa Walmart supercenter, according to his arrest report, which stated he was unclothed and causing a disturbance.

Corey Atchison is greeted by his sisters, including Laura Scott (right), as he is freed from the Tulsa County jail after District Judge Sharon Holmes declared him innocent in a 1991 murder case in 2019. Atchison had served 28 years in prison.